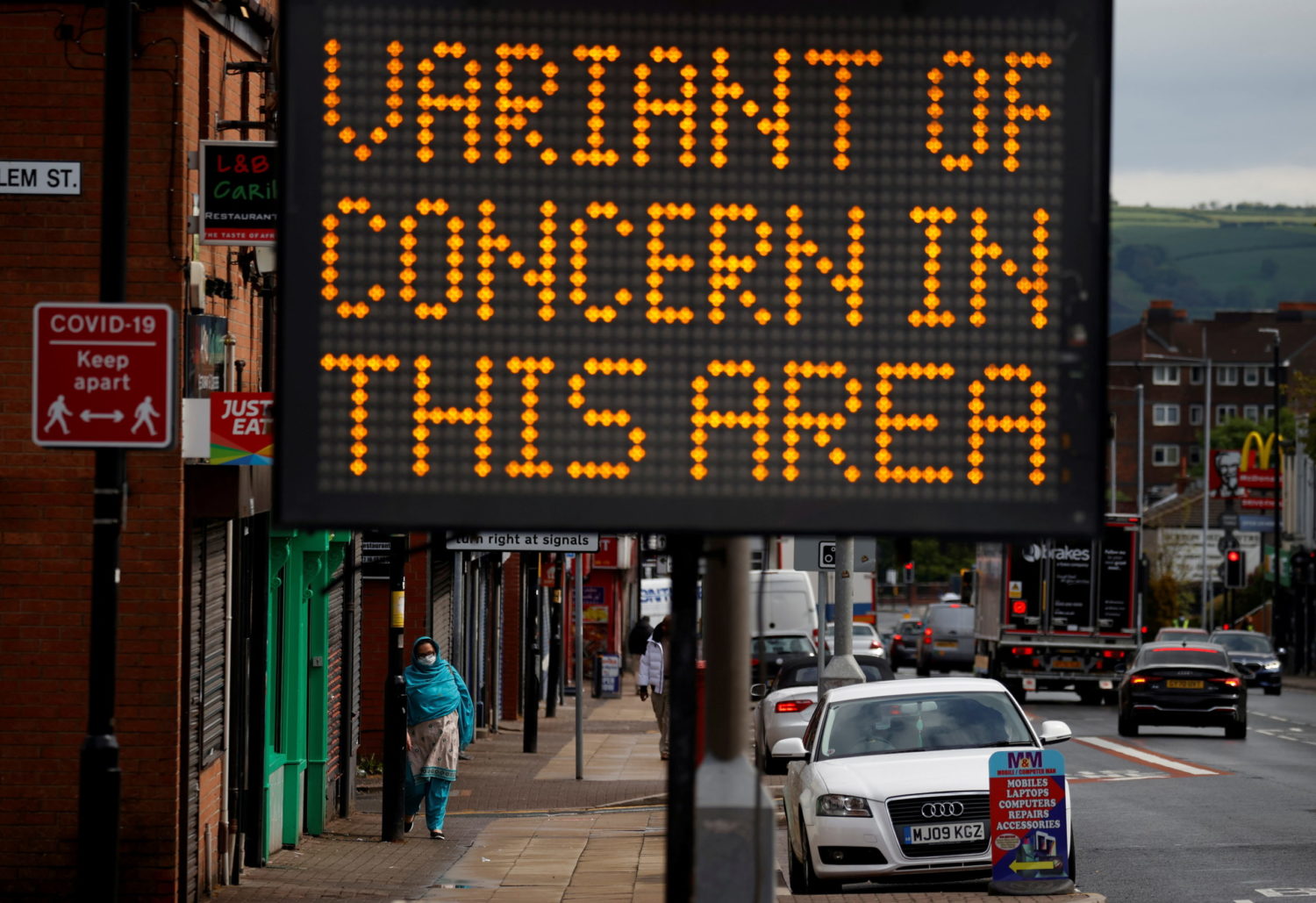 GENEVA (Reuters) – The Delta variant of COVID-19, first identified in India, is becoming the globally dominant variant of the disease, the World Health Organization’s chief scientist said on Friday.

Soumya Swaminathan also voiced disappointment in the failure of CureVac’s vaccine candidate in a trial to meet the WHO’s efficacy standard, in particular as highly transmissible variants boost the need for new, effective shots.

Britain has reported a steep rise in infections with the Delta variant, while Germany’s top public health official predicted it would rapidly become the dominant variant there despite rising vaccination rates.

The Kremlin blamed a surge in COVID-19 cases on reluctance to have vaccinations and “nihilism” after record new infections in Moscow, mostly with the new Delta variant, fanned fears of a third wave.

“The Delta variant is well on its way to becoming the dominant variant globally because of its increased transmissibility,” Swaminathan told a news conference.

Coronavirus variants were cited by CureVac when the German company this week reported its vaccine proved only 47% effective at preventing disease, shy of the WHO’s 50% benchmark.

The company said it documented at least 13 variants circulating within its study population.

Given that similar mRNA vaccines from Pfizer and BioNTech and Moderna posted efficacy rates topping 90%, Swaminathan said the world had been expecting more from CureVac’s candidate.

“Just because it’s another mRNA vaccine, we cannot presume all mRNA vaccines are the same, because each one has a slightly different technology,” Swaminathan said, adding the surprise failure underscored the value of robust clinical trials to test new products.

WHO officials said Africa remains an area of concern, even though it accounts for only around 5% of new global infections and 2% of deaths.

“It’s a trajectory that is very, very concerning,” Ryan said. “The brutal reality is that in an era of multiple variants, with increased transmissibility, we have left vast swathes of the population, the vulnerable population of Africa, unprotected by vaccines.”