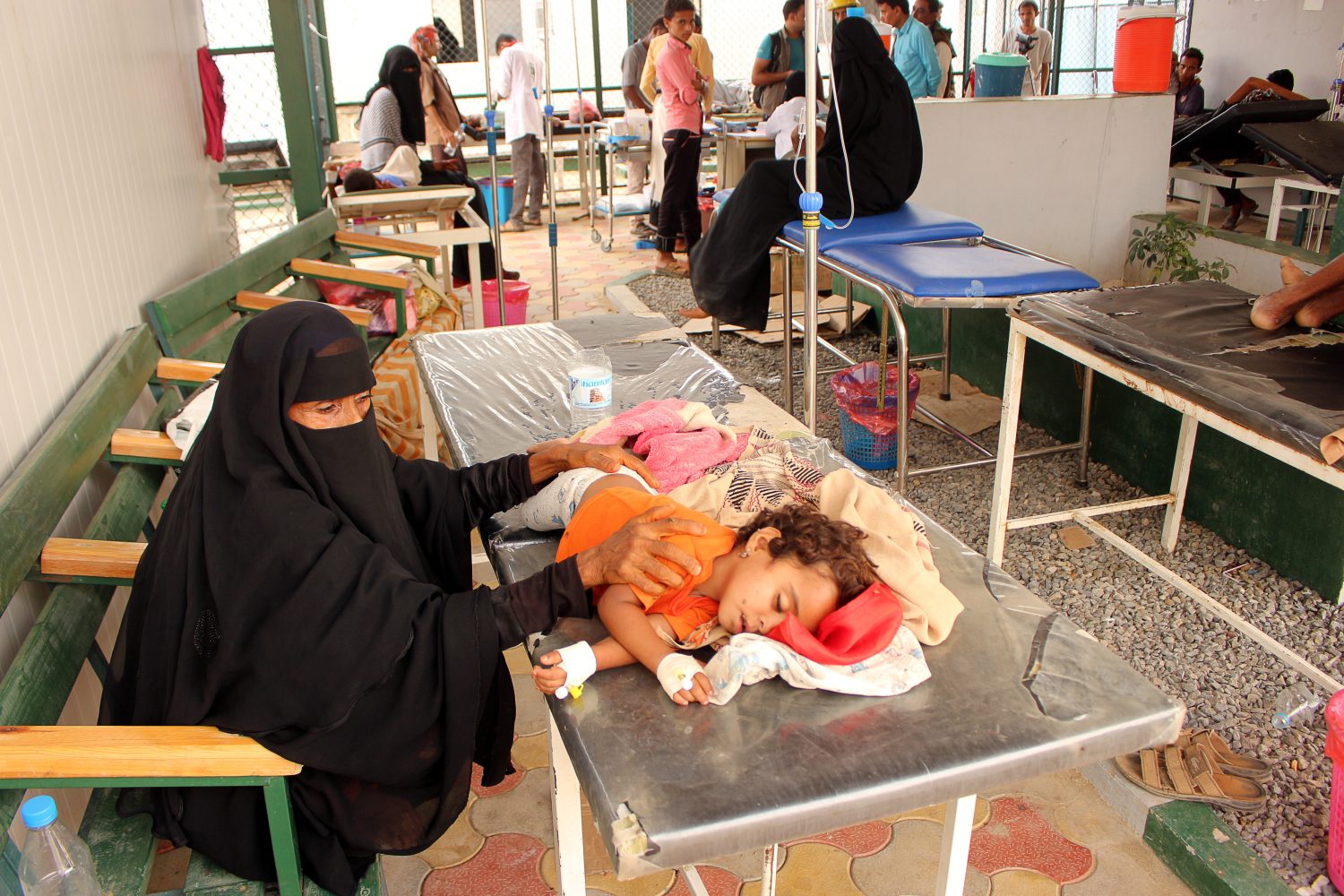 HAJJAH, Yemen (Reuters) – In the last two weeks Dr Asmahan Ahmed has seen a surge in suspected cholera cases arriving at her health center in Abs, a small, Houthi-held town in northwest Yemen.

“Every day there are 30-50 cases, no fewer. Suddenly it became like this,” she said in the 15-bed diarrhea treatment center.

Yemen is suffering its third major cholera outbreak since 2015 when a Saudi-led military coalition intervened to try to restore Yemen’s internationally recognized government after it was ousted from power in the capital Sanaa by the Iran-aligned Houthi movement.

The conflict has put 10 million people at risk of famine in the world’s most urgent humanitarian crisis.

Cholera causes profuse diarrhea and fluid loss which can kill within hours. Children, the elderly and those weakened by years of poor nutrition are most at risk.

The World Health Organization said last week that Yemen had seen more than 724,000 suspected cholera cases and 1,135 deaths this year, but that case numbers had stabilized in recent weeks.

In the clinic, limp children’s faces are covered with flies and their chests heave as they breathe while receiving intravenous fluid tubes in their feet and wrists. 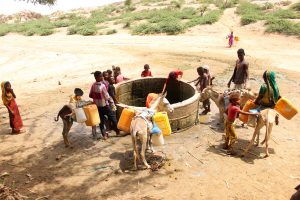 Children pull water from a water well in the village of Islim in the northern province of Hajjah, Yemen, June 9, 2019. REUTERS/Eissa Alragehi

The recent influx means some patients are forced to lie on the floor and the center has run out of some medicines.

Cholera is spread through dirty water, which more and more Yemenis are forced to drink as water resources are scarce in the poorest Arabian Peninsula nation.

Pumps are needed in many parts of the country of 30 million people to bring water to the surface. Fuel shortages have dramatically increased clean water prices.

“We rely on wells which are uncovered and very dirty … We and livestock drink from these wells, as do children,” said Qassem Massoud, a young man standing at a rural well where people haul water up using plastic containers on string.

Others fill containers from a muddy pool as donkeys drink alongside.

“The number of cases are increasing by the day and if it continues we would consider it a humanitarian disaster,” he said.

A breakthrough in U.N.-led peace efforts last December, the first in more than two years, had sparked hope for improved humanitarian and aid access.

But implementation of a ceasefire and a troop withdrawal initiative in the main port of Hodeidah, a lifeline for millions, has dragged on for six months. Violence has continued in other parts of Yemen.

Since the deal, more than 255,000 people have been displaced, U.N. migration agency figures show.

The Houthis, who say their revolution is against corruption, control the biggest population centers. The Saudi-backed government is based in the southern port of Aden.