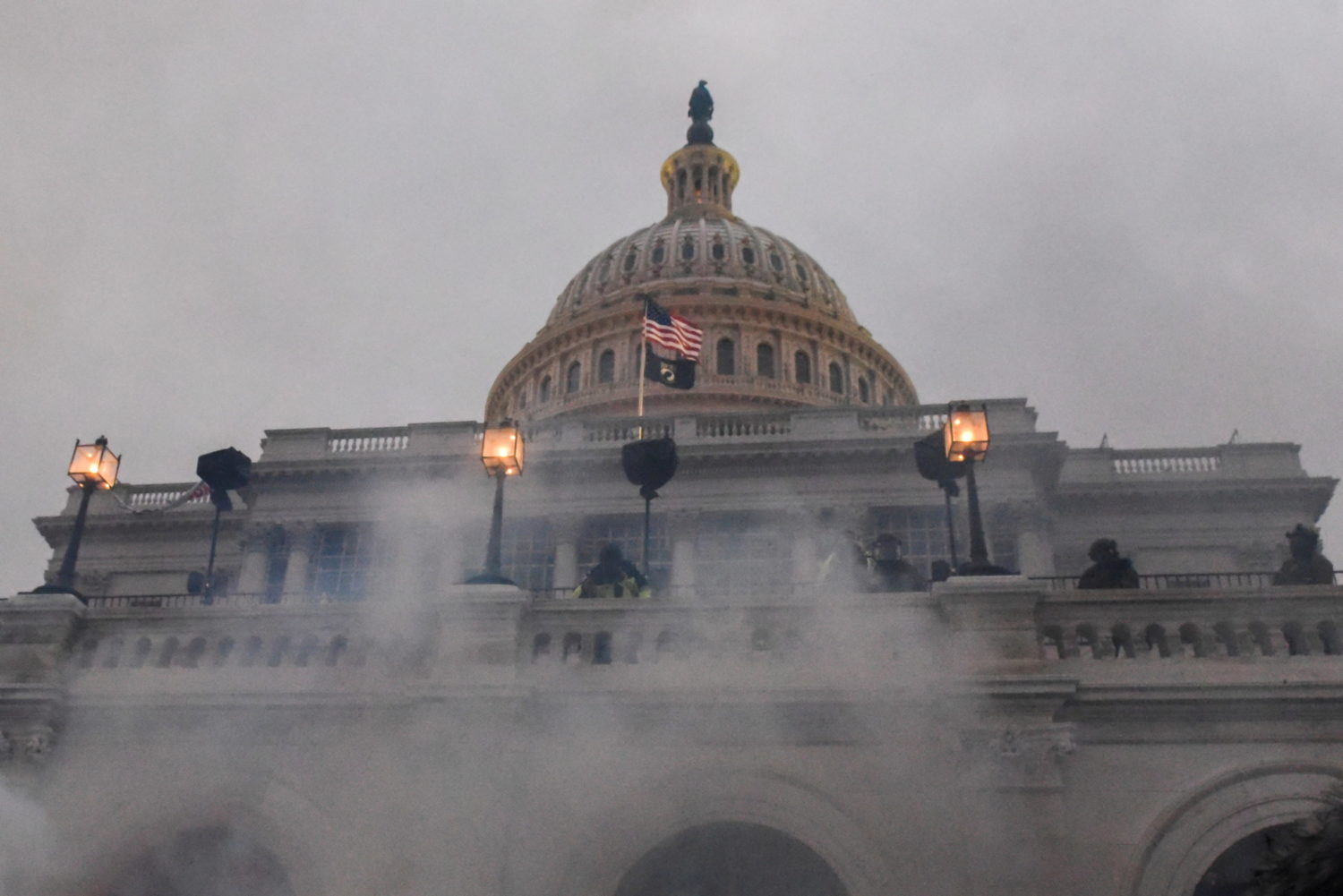 WASHINGTON (Reuters) – A lawyer who recently disappeared from public view while representing 17 defendants facing charges related to the Jan. 6 U.S. Capitol riot was “beginning to feel better” but also “very sick,” a federal judge was told on Thursday.

At a status hearing for Peter Schwartz, an Owensboro, Kentucky, man facing 14 riot-related charges, including felonies, Ryan Marshall, an associate of John Pierce, the lawyer who represents Schwartz and 16 other riot defendants, said he spoke to Pierce on Tuesday evening and the absent lawyer said he was “beginning to feel better.”

But Marshall said he then spoke to a friend of Pierce on Wednesday who told him Pierce remained “very sick” and had spent most of Wednesday asleep.

U.S. District Judge Amit Mehta said that because Marshall was not a lawyer, if necessary the court would appoint a lawyer to temporarily represent Schwartz if Pierce’s health status remains unclear.

Prosecutors have cited conflicting news reports about Pierce’s health problems. Some reports said Pierce had contracted COVID-19. An NPR reporter said last week that a friend of Pierce’s told him Pierce did not have COVID-19 but was hospitalized due to “dehydration and exhaustion.” That same reporter on Thursday said another source told him Pierce contracted COVID-19 but was not on a ventilator.

Among the Jan. 6 riot defendants Pierce represents are members of the Proud Boys and Oath Keeper militia groups.

Prosecutors have alleged that during the Jan 6 riot, Pierce’s client Schwartz violently “assaulted multiple law enforcement officers by spraying them with a chemical agent believed to be pepper spray.”

Schwartz has been held in pre-trial detention since his arrest in February. 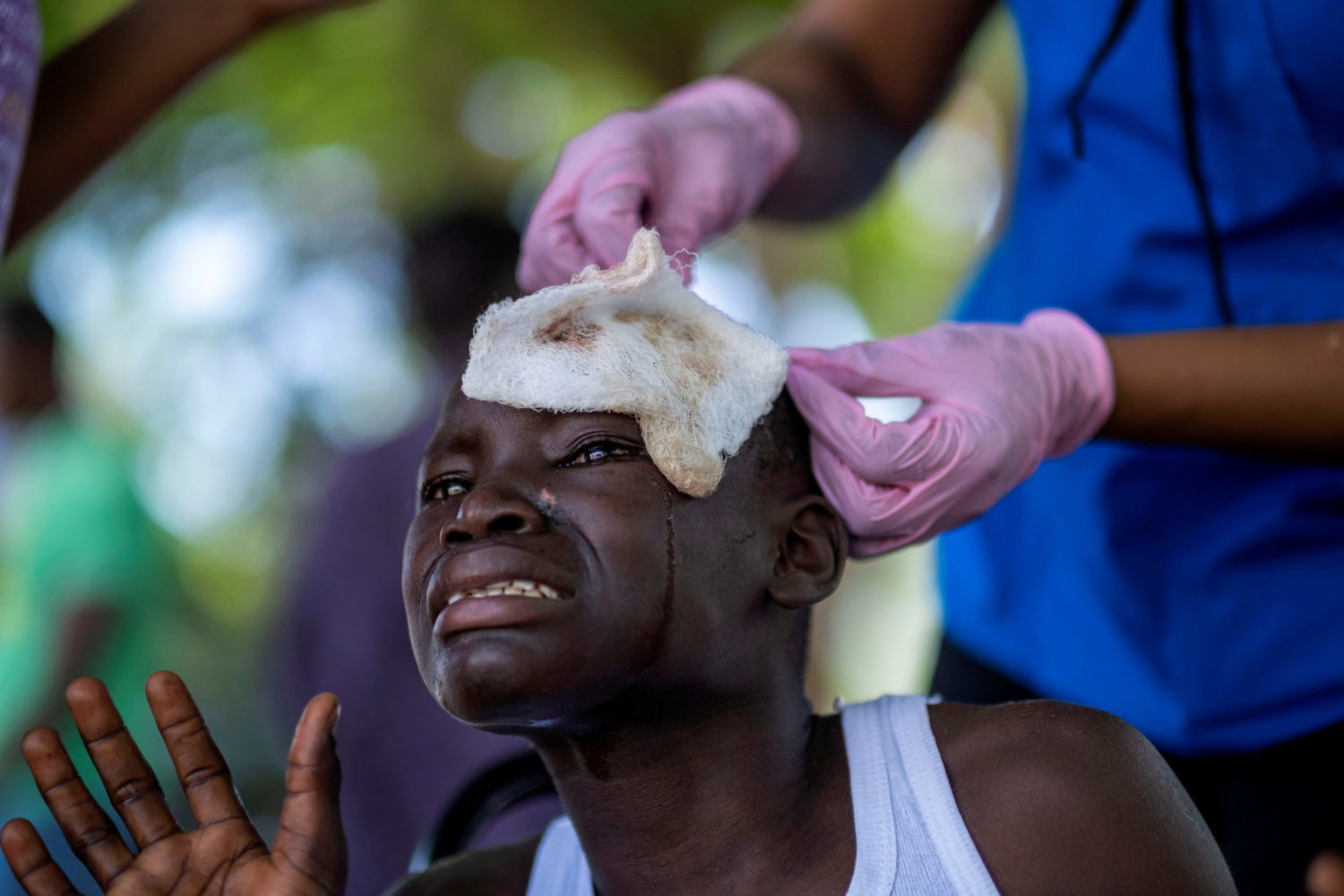 In the small town of Cavaillon, local officials huddled over pieces of paper where they recorded the number of damaged houses, schools and churches in each of the surrounding villages, along with the number of dead and missing.

“We think there are still bodies in the ruins because we can smell them from underneath the rubble,” said Jean Mary Naissant, one of the officials of Cavaillon, which is near the southern city of Les Cayes, one of the areas worst hit by the earthquake.

Haiti’s civil protection agency said late on Wednesday the death toll from Saturday’s powerful 7.2 magnitude earthquake had risen to 2,189, with most of the fatalities in the country’s south, and that the number of wounded stood at 12,200.

Les Cayes residents were jolted from their beds by a fresh aftershock overnight, but there were no immediate reports of damage, a police officer said. Families slept on mattresses on the streets across the city, nervous about the state of buildings.

The poorest country in the Americas, Haiti is still recovering from a 2010 quake that killed over 200,000. The latest disaster struck just weeks after President Jovenel Moise was assassinated on July 7, plunging the nation of 11 million people into political turmoil.

According to the tallies for Cavaillon and the small villages that belong to it, there were 53 fatalities and more than 2,700 wounded in the area. But there were still 21 people unaccounted for six days after the quake, local officials said.

Residents had staged a protest on Monday to demand more assistance to dig out the collapsed buildings, Naissant said, but government help had yet to arrive from the capital, some 180 km (110 miles) to the east.

A village market and hotel nearby were bustling with people when the quake struck on Saturday morning, reducing the area to a great heap of shattered cement and twisted iron rods.

Residents had managed to recover two bodies from the site, said Jimmy Amazan, another local official, but the stench that emanated from underneath the pile during the rescue efforts suggested there were more that were beyond reach.

“Our hearts are tearing apart; some of our compatriots are still under the rubble,” he said, appealing for the troubled nation to come together at a time of crisis. “The days ahead will be difficult and often painful.”

In Boileau, a farming village about a 20 minutes’ drive from Cavaillon, residents said that officials had not arrived yet to document the victims or destroyed buildings, leaving them to wonder whether the damage there was part of the official record.

Renette Petithomme, a police officer, stood in the grass outside her partially collapsed home with her toddler daughter.

She was worried: her father had departed earlier in the day for the capital Port-au-Prince to seek medical care for the head wound he sustained when the home’s walls fell in, but the public bus had broken down en route.

“Since the earthquake, he’s been losing his senses, having trouble speaking and walking,” she said, adding that the family finally decided to send him to the capital for treatment after learning that all the nearby hospitals were full.

Several days since the earthquake, scant aid has arrived in remote areas across the country’s south, according to residents and Reuters witnesses.

In Camp-Perrin, another rural town inland from Les Cayes, more than 100 displaced people, including children and disabled residents, were camped out in a field under the cover of trees after their homes were destroyed by the quake.

A mudslide from two nights of heavy rain earlier this week had partly blocked the main road leading to the area. Any more precipitation could lead to it being impassable, locals said. 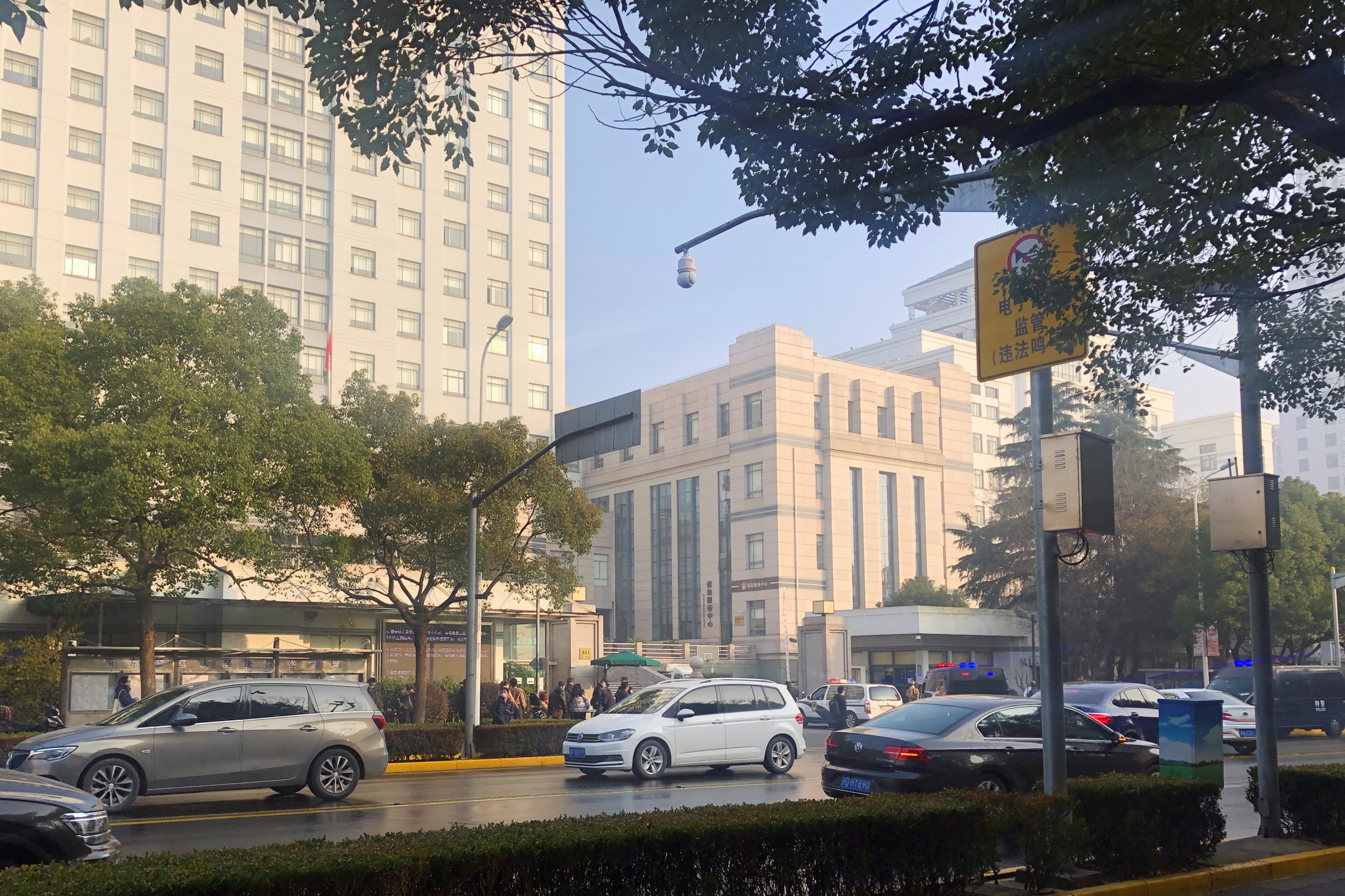 SHANGHAI (Reuters) – A Chinese court on Monday handed down a four-year jail term to a citizen-journalist who reported from the central city of Wuhan at the peak of this year’s coronavirus outbreak on the grounds of “picking quarrels and provoking trouble”, her lawyer said.

Zhang Zhan, 37, the first such person known to have been tried, was among a handful of people whose firsthand accounts from crowded hospitals and empty streets painted a more dire picture of the pandemic epicenter than the official narrative.

“I don’t understand. All she did was say a few true words, and for that she got four years,” said Shao Wenxia, Zhang’s mother, who attended the trial with her husband.

The trial was held at a court in Pudong, a district of the business hub of Shanghai.

“Ms. Zhang believes she is being persecuted for exercising her freedom of speech,” Ren had said before the trial.

Critics say that China deliberately arranged for Zhang’s trial to take place during the Western holiday season to minimize Western attention and scrutiny. U.S. President Donald Trump has regularly criticized Beijing for covering up the emergence of what he calls the “China virus”.

The United Nations human rights office called in a tweet for Zhang’s release.

“We raised her case with the authorities throughout 2020 as an example of the excessive clampdown on freedom of expression linked to #COVID19 & continue to call for her release,” it said.

Criticism of China’s early handling of the crisis has been censored, and whistle-blowers such as doctors warned. State media have credited the country’s success in reining in the virus to the leadership of President Xi Jinping.

The virus has spread worldwide to infect more than 80 million people and kill more than 1.76 million, paralyzing air travel as nations threw up barriers that have disrupted industries and livelihoods.

In Shanghai, police enforced tight security outside the court where the trial opened seven months after Zhang’s detention, although some supporters were undeterred.

A man in a wheelchair, who told Reuters he came from the central province of Henan to demonstrate support for Zhang as a fellow Christian, wrote her name on a poster before police escorted him away.

Foreign journalists were denied entry to the court “due to the epidemic,” court security officials said.

A former lawyer, Zhang arrived in Wuhan on Feb. 1 from her home in Shanghai.

Her short video clips uploaded to YouTube consist of interviews with residents, commentary and footage of a crematorium, train stations, hospitals and the Wuhan Institute of Virology.

Detained in mid-May, she went on hunger strike in late June, court documents seen by Reuters say. Her lawyers told the court that police strapped her hands and force-fed her with a tube. By December, she was suffering headaches, giddiness, stomach ache, low blood pressure and a throat infection.

Requests to the court to release Zhang on bail before the trial and livestream the trial were ignored, her lawyer said.

Other citizen-journalists who have disappeared in China without explanation include Fang Bin, Chen Qiushi and Li Zehua.

While there has been no news of Fang, Li re-emerged in a YouTube video in April to say he was forcibly quarantined, while Chen, although released, is under surveillance and has not spoken publicly, a friend has said.