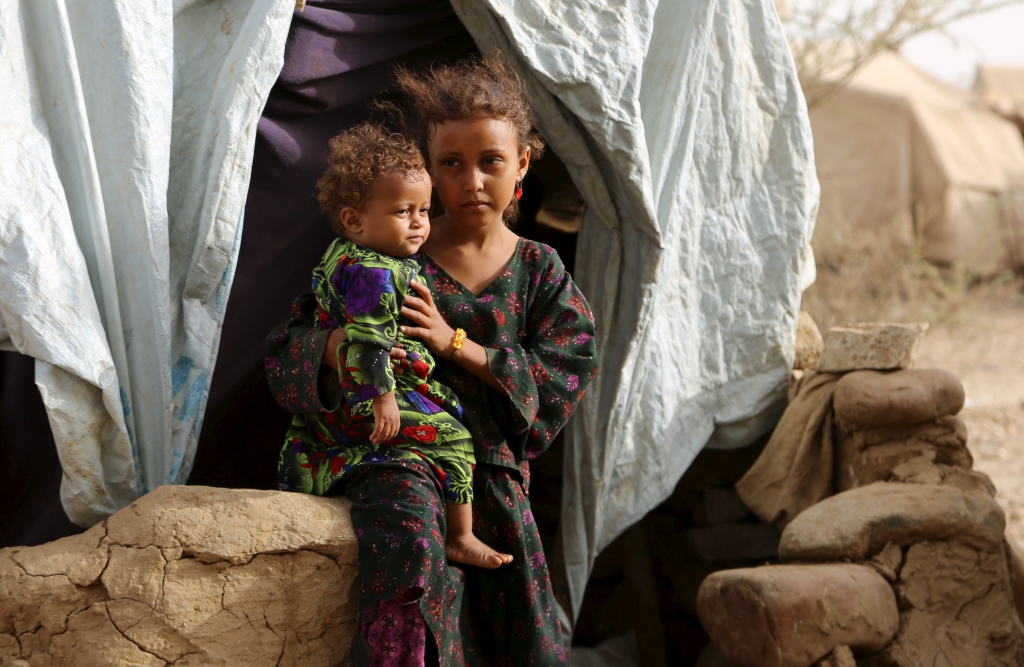 HAJJAH, Yemen (Reuters) – They live in scruffy tents or mud huts on dry, stony ground. Children play with what they have – a rubber tire will do. Medical treatment is hard to come by for young and old alike.

In northwest Yemen, one of the poorest countries in the Middle East, families uprooted by the war have been stuck in camps for the past year.

Around 400 of them now reside in the Shawqaba camp in Hajjah province, which borders Saudi Arabia. A visiting Reuters photographer has captured their life in a Wider Image photo essay found at http://reut.rs/226i5tr .

When fighting between Saudi forces and Houthi rebels began in March 2015, these refugees were forced to leave their villages in al-Dhahir and Shada districts in neighboring Saada province as Saudi-led warplanes targeted Houthi positions.

Residents and human rights groups say some of the strikes destroyed homes and damaged farmlands. The coalition has acknowledged mistakes in air operations in Yemen but denies Houthi allegations that its forces strike civilian targets.

A few months later, the place they sought refuge, al-Mazraq camp near the border city of Harad, also in Hajjah, was bombarded.

Families moved further inland to the arid Shawqaba camp that lacks the most basic services. Residents call home poorly build huts that protect them neither from summer heat nor winter cold.

Amal Jabir, 10, standing outside her family’s hut, says there’s only one thing she wishes for.

“I want this war to be over, to return home and finish my studies,” she says.

Many children suffer from a lack of nutrition and health services. Muhammad, 11, is waiting for treatment of his fractured leg.

Elderly people with diabetes and heart conditions complain of a lack of medicine – and the high prices when it is available.

Yemen has been in a civil war for more than a year between supporters of President Abd-Rabbu Mansour Hadi and the Iran-allied Houthi group that has sucked in a Saudi-led alliance and caused a major humanitarian crisis.

U.N.-sponsored peace talks are scheduled to start in Kuwait on April 18. The two sides in the conflict have confirmed a truce starting at midnight on April 10.