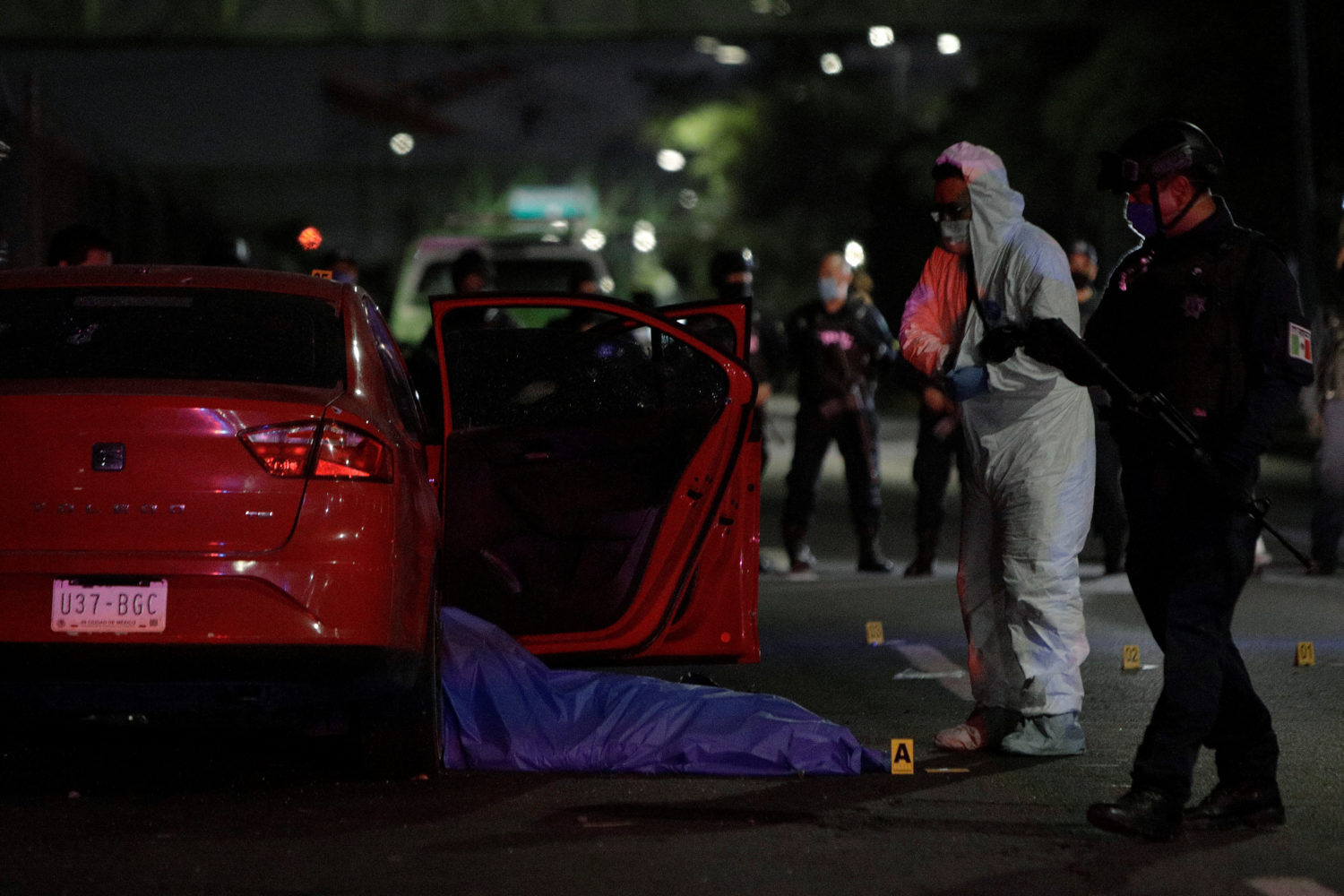 By Drazen Jorgic and Uriel Sanchez

MEXICO CITY/ACAPULCO, Mexico (Reuters) – The coronavirus is threatening to hamstring Mexico’s fight against some of its most vicious drug gangs, as police and officials fall sick, security forces are diverted to guard medical centers and military barracks are converted to COVID-19 clinics.

The powerful Jalisco cartel and its rivals are exploiting a security void to step up the fight for control of the drug trade in Mexico, security officials and analysts say.

The number of murders nationally has risen to record levels even as the amount of other crimes have tumbled due to most of the country staying at home to avoid the coronavirus.

The military, a central part of Mexico’s anti-cartel fight, has been drafted to help stem the coronavirus, converting barracks into COVID-19 treatment clinics.

Police officers who are overweight or have underlying health conditions have been taken off the streets in some regions because they are regarded as being at high risk from COVID-19, Mexican officials say.

In Guerrero state, where about 40 armed groups including the CJNG operate, the police have been debilitated by outbreaks of coronavirus in its ranks, a senior Guerrero police official said.

When one officer gets sick, on average four more have to isolate for two weeks, he added, complaining that some officers were also turning up with dubious sick notes to avoid work.

In rural Guerrero, a mountainous state on the Pacific coast that governments have long struggled to control, armed vigilante groups that analysts say have links to cartels have imposed curfews and barred residents from leaving villages to try to contain the virus, residents told Reuters.

With an official tally of over 18,300 fatalities, Mexico has the seventh-highest coronavirus death toll in the world.

“Coronavirus is the priority right now, no doubt,” the official said. “You can feel that.”

Nationally, 4,700 National Guard security personnel, out of a total of 90,000, have been tasked with guarding hospitals, medical equipment and health workers, the federal security ministry told Reuters.

The Mexican government did not directly answer a request from Reuters for comment about whether combating coronavirus is holding back the fight against cartels but a senior security ministry official said the government remains focused on its duties.

The official said only a small percentage of the National Guard militarized police force has been reassigned to coronavirus duties and that the majority maintain their crime prevention and combat functions.

President Andres Manuel Lopez Obrador said this month that Mexico is “not going to stop responding to and confronting organized crime.”

CJNG’s push for dominance helped drive homicides rates to an all-time high in the first four months of 2020, dealing a blow to Lopez Obrador. A record 34,582 people were murdered in 2019.

Lopez Obrador this month said about 70% of the homicides this year were cartel-linked.

Mexico has been in lockdown due to the coronavirus since March 23, when it ordered schools, business and government offices to shut.

But drug turf battles pushed murder rates higher in March, when 3,000 homicides were recorded. That was the second-highest monthly tally ever, and the biggest since Lopez Obrador assumed power in Dec. 2018.

The daily murder rate was near-identical in April, government data showed and on June 7, Mexico suffered its most violent day of the year with 117 murders.

“There are shootouts that you can’t miss almost daily,” said Jose, a student in Aguililla, one of many towns in the state of Michoacan where local cartels are fighting to keep the Jalisco gang out.

CJNG, led by former policeman Nemesio “El Mencho” Oseguera who has a $10-million U.S. bounty on his head, has faced stiff resistance from smaller gangs in its quest for control of smuggling routes for methaphetamine, heroin and fentanyl to the United States. Last month police in Michoacan found 12 bodies of suspected CJNG members in a truck.

A note draped over the bodies, purportedly signed by The Familia Michoacana cartel, taunted a CJNG regional chief.

Cartels have long fought for the control and drug trafficking routes across the large strip of land known as Tierra Caliente, or “Hot Land” region of western Mexico, encompassing the states of Michoacan, Guerrero and Mexico.

Even before the pandemic, federal and state authority was often absent from rural areas across the region.

“There are areas where the government doesn’t enter…and crime groups have total control,” said Gregorio Lopez Jeronimo, a Roman Catholic priest better known as “Father Goyo” in the Michoacan town of Apatzingan, part of the Tierra Caliente.

Adding insult to injury, gangs are trying to take over some of the role of government to ease social needs during the pandemic.

In several regions they are lending money to hard-up businesses in areas where people have taken an economic hit due to the shutdown, according to a government document detailed by local newspapers.

Videos of gun-toting fighters from several gangs doling out groceries to impoverished local populations during the lockdown have driven home the government’s loss of territorial control.

“Those voids are being filled, unfortunately, by the drug cartels.”