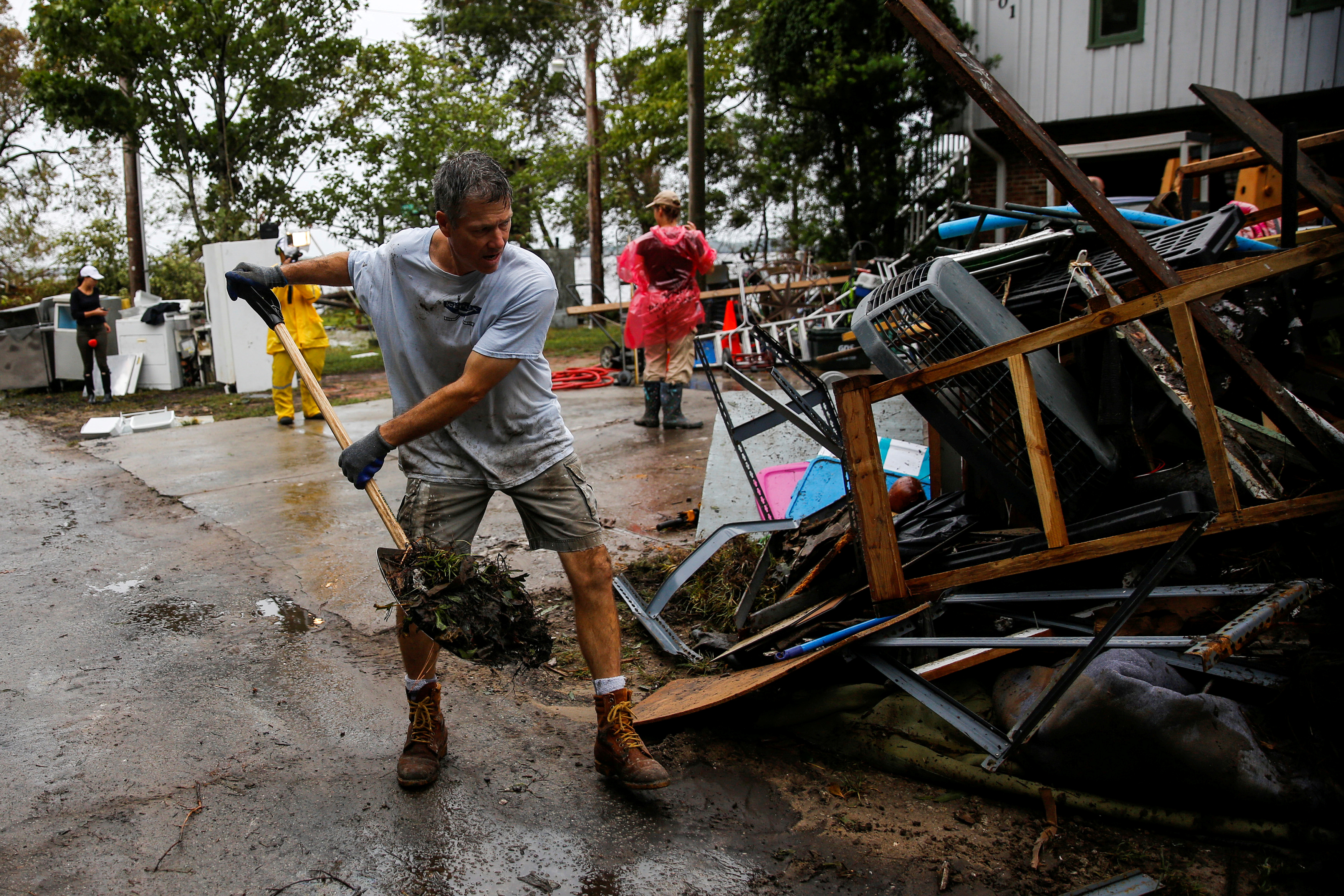 The death toll rose to at least 17.

Florence, a onetime hurricane that weakened to a tropical depression by Sunday, dumped up to 40 inches (100 cm) of rain on parts of North Carolina since Thursday, and continued to produce widespread heavy rain over much of North Carolina and eastern South Carolina, the National Weather Service said.

“The storm has never been more dangerous than it is right now,” North Carolina Governor Roy Cooper told a news conference. Many rivers “are still rising, and are not expected to crest until later today or tomorrow.”

Some rivers were not expected to crest until Monday or Tuesday, the National Weather Service said.

More than 900 people were rescued from rising floodwaters and 15,000 remained in shelters in the state, Cooper said.

Many of those rescues took place on swift boats in Wilmington, a historic coastal city of about 117,000 people on a peninsula between the Cape Fear River and the Atlantic Ocean. 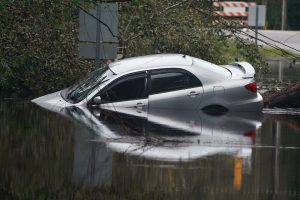 “There are no roads … that are leading into Wilmington that are passable because of the flooding that is taking place now inland,” Saffo said.

The National Weather Service issued a flash flood warning for the area until at least Monday morning and said up to 8 inches (20 cm) more rain could fall in some areas, creating an elevated risk for landslides in Western North Carolina.

Officials urged those who had evacuated to stay away.

“Our roads are flooded, there is no access into Wilmington,” New Hanover County Commission Chairman Woody White told a news conference. “We want you home, but you can’t come yet.”

In Leland, a low-lying city north of Wilmington, homes, and businesses were engulfed by water that rose up to 10 feet (3 meters) over Highway 17, submerging stop signs in what local people called unprecedented flooding.

The sheriff’s department and volunteers, including locals and some who came from Texas, rescued stranded residents by boat, extracting families, infants, the elderly and pets.

Gas stations were abandoned and fallen trees made many roads impassable. The whir of generators could be heard throughout the city, a sound not expected to dim soon as crews work to restore power.

In New Bern, a riverfront city near North Carolina’s coast, Bryan Moore and his nephew Logan did exactly what authorities warned against: they left their homes to go swimming in the floodwaters after having spent days at home without electricity or running water.

“We were stir-crazy from being inside so long,” Moore said. “Feels great. The water’s really cool. … We’re just having a good old time out here, enjoying the weather.” 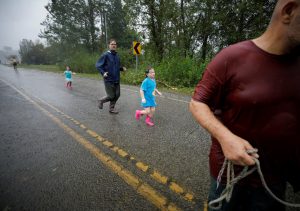 Ember Kelly (C), 5 years old, runs with Iva Williamson (2nd L), 4 years old, to a boat brought up to the edge of flood waters on a street in their neighborhood, during their rescue from rising flood waters in the aftermath of Hurricane Florence in Leland, North Carolina, U.S., September 16, 2018. REUTERS/Jonathan Drake

More than 641,000 homes and businesses were without electricity in North and South Carolina and surrounding states, down from a peak of nearly 1 million.

Florence set a record in the state for rain from a hurricane, surpassing the previous record of 24 inches (61 cm) set by Hurricane Floyd, which killed 56 people in 1999, said Bryce Link, a meteorologist with private forecasting service DTN Marine Weather.

South Carolina’s governor urged anyone in a flood-prone area to evacuate.

“Those rivers in North Carolina that have received heavy rainfall are coming our way,” Governor Henry McMaster said during a news conference. “They have not even begun (to crest). But they will. And the question is how high will the water be, and we do not know.”

By Sunday night, Florence’s winds had dropped to about 30 miles per hour (45 kph), the National Hurricane Center said, with some weakening forecast over the next 24 hours before intensifying once again as an extratropical low-pressure center.The center of the storm was about 45 miles (70 km) north-northeast of Greenville and moving north at 10 mph (17 kph), the hurricane center said.