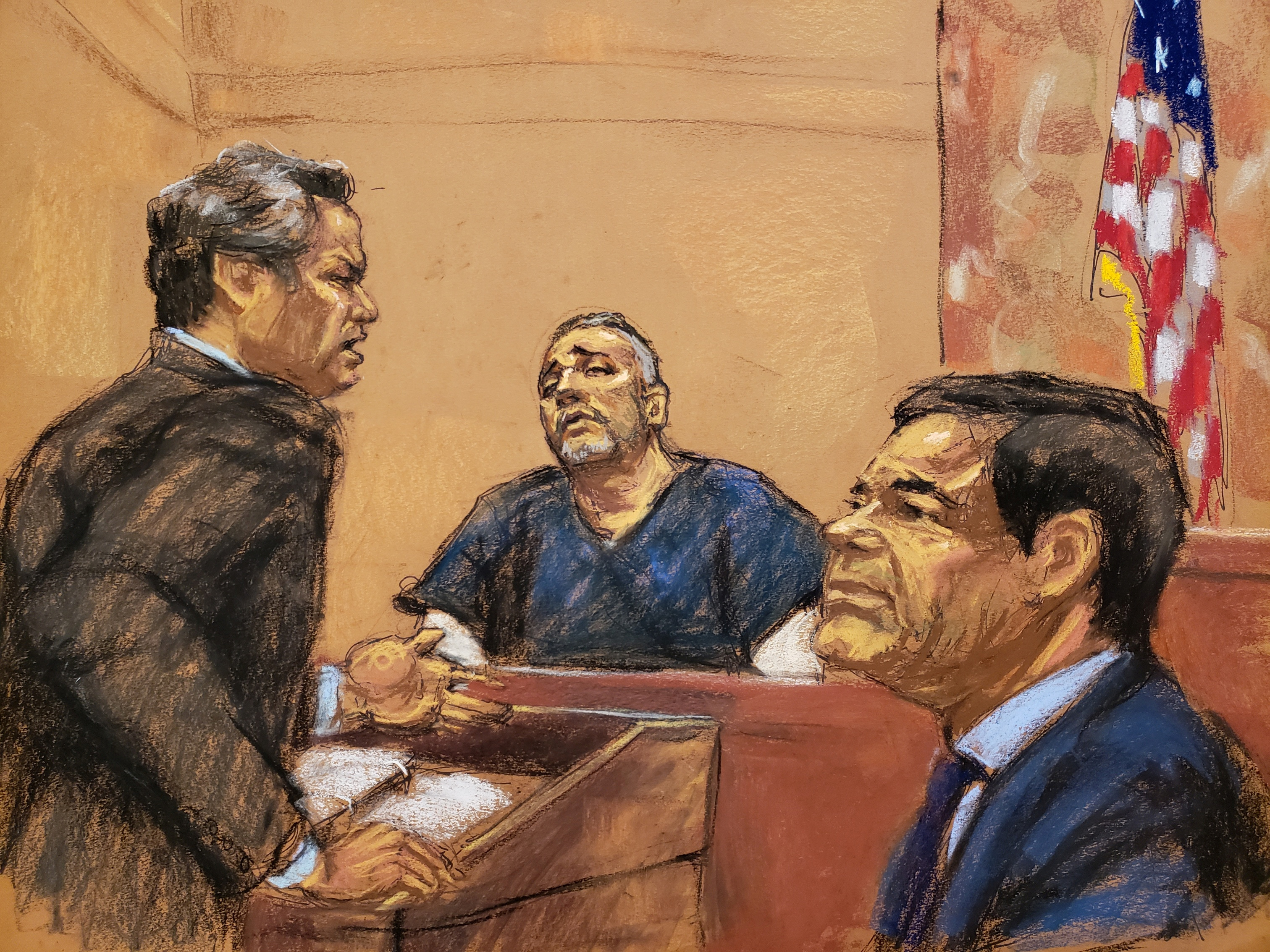 Alex Cifuentes, who has described himself as Guzman’s onetime right-hand man, discussed the alleged bribe under cross-examination by one of Guzman’s lawyers in Brooklyn federal court. Asked if he told authorities in 2016 that Guzman arranged the bribe, he answered, “That’s right.”

Cifuentes testified that he had told U.S. prosecutors Pena Nieto reached out to Guzman first, asking for $250 million. Cifuentes told the prosecutors that the bribe was paid in October 2012, when Pena Nieto was president-elect, he testified.

Cifuentes said he told prosecutors at a later meeting, last year, that he was no longer sure of the exact amounts of the bribes, but did not elaborate.

Cifuentes also said testified that Guzman once told him that he had received a message from Pena Nieto saying that he did not have to live in hiding anymore.

Pena Nieto was president of Mexico from December 2012 until November 2018. He previously served as governor of the State of Mexico.

Guzman, 61, has been on trial since November. He was extradited to the United States in 2017 to face charges of trafficking cocaine, heroin and other drugs into the country as leader of the Sinaloa Cartel.

Captured by Pena Nieto’s government in February 2014, Guzman broke out of prison for a second time some 17 months later, escaping through a mile-long tunnel dug right into in his cell.

The jailbreak humiliated the government and battered the president’s already damaged credibility, though Pena Nieto personally announced news of the kingpin’s third capture when he was again arrested in northwestern Mexico in January 2016.

Colombian-born Cifuentes is one of about a dozen witnesses who have so far testified against Guzman after striking deals with U.S. prosecutors, in a trial that has provided a window into the secretive world of the Sinaloa Cartel, one of the world’s most powerful drug trafficking organization.

Other witnesses at the trial have also made accusations of high-level corruption.

Jesus Zambada, another cartel member, testified in November he paid a multimillion dollar bribe to an aide of current Mexican President Andres Manuel Lopez Obrador in 2005. The aide was not named but later Gabriel Regino, an official in Mexico City when Lopez Obrador was mayor, wrote on Twitter that an accusation of bribery had emerged against him in the trial but was false.

Cifuentes earlier on Tuesday had also testified that Guzman asked an associate to pay a $10 million bribe to a general. The witness said the bribe was never paid and Guzman subsequently ordered the associate killed, though the hit was never carried out.

(Reporting by Brendan Pierson in New York and David Graham in Mexico City; Editing by Tom Brown and Lisa Shumaker) 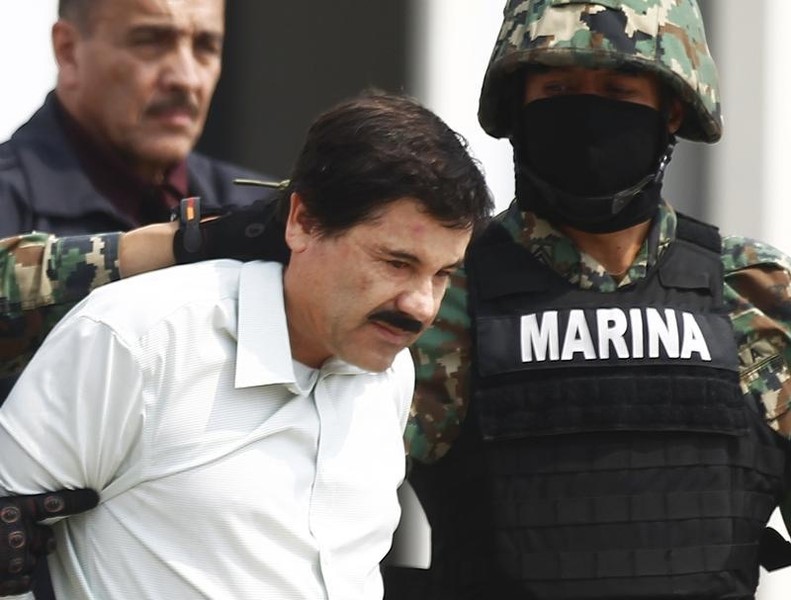 Once minions of Guzman’s Sinaloa Cartel, traffickers of the Jalisco New Generation Cartel (CJNG) have turned on their former masters, seizing territory and buying off thousands of corrupt police.

Led by former policeman Nemesio Oseguera, aka “El Mencho”, the gang soon carved out an empire at the expense of weaker rivals.

The speed of its ascent shows how quickly power can shift in Mexico’s multi-billion-dollar drugs trade.

Juggling interests from China to North Africa and eastern Europe, the CJNG’s bloody advance has pushed murders to their highest levels under President Enrique Pena Nieto, who vowed to restore law and order when he took office in late 2012. 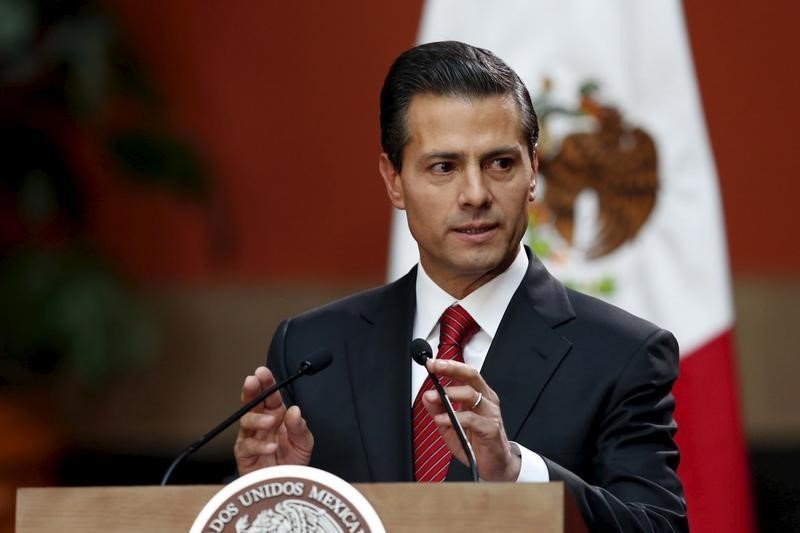 All but four in a 2009 list of Mexico’s 37 most wanted capos are now dead or in jail, and Pena Nieto did initially succeed in reducing violence.

But a resurgence that led to 3,800 murders between July and August highlights the government’s failure to beat down cartels without new ones springing up in their place.

Pena Nieto recently sought to allay security concerns by announcing a plan to step up crime prevention in the worst-hit areas. He did not set out the details of his plan, but urged states to speed up efforts to put local police under unified statewide command.

Intimidating, paying off or eliminating police, CJNG leaders have ruthlessly applied lessons learned during their apprenticeship under Guzman’s cartel to muscle in on battered rivals and snatch trafficking routes, security experts say.

Interviews by Reuters with over a dozen serving and former officials underlined how collusion between gang members and law enforcement in the CJNG’s stronghold, the western state of Jalisco, laid the foundation for the gang’s advance.

Bearing the brunt of the chaos are the ports, trafficking centers and border crossings that light up the multi-billion dollar trail of crystal methamphetamine from Mexico to the United States, the CJNG’s main source of revenue.

Both savage – one gang hitman videoed blowing up victims he had strapped with dynamite – and shrewd, the CJNG is flanked by a white collar financial arm known as “Los Cuinis”.

“They’re the entrepreneurs. They’ve made big investments in property, in restaurants, car leasing,” said Almaguer. “They’re the ones who know how to do business and corrupt authorities.”

Almaguer has fired dozens of state officials suspected of corruption since becoming attorney general in July 2015. But it is municipal police that pose the biggest liability in Jalisco, the home of Mexico’s second biggest city, Guadalajara.

Roughly one in five actively collaborate with gangs and about 70 percent “do not act” against them, Almaguer said.

As of September, 1,733 serving police in Jalisco, or nearly 16 percent of the municipal force, had failed evaluations known as “loyalty tests” aimed at rooting out corruption, according to data compiled by Causa en Comun, a transparency group.

The worst performer was Sinaloa, home state of the now captured Guzman, where half the active police flunked the test.

A captured CJNG gang member claimed it had over half of Jalisco’s municipal police on its payroll, said a former official from the state government who interviewed him.

Depending on their role, the police were paid between 1,000 pesos and 50,000 pesos a month or more by the CJNG, the official said, requesting anonymity: “Otherwise they would kill me.”

Mexican police earn as little as $500 a month in some areas, meaning many are tempted to take the traffickers’ money.

CJNG suspicions that local police were buckling to pressure from the Sinaloa Cartel to betray them and change sides was one of the reasons the gang lashed out against security forces in 2015, four current and former Jalisco officials said.

In six weeks, the CJNG killed over two dozen police in an onslaught culminating in the shooting down of an army helicopter on May 1, 2015 during a botched attempt to capture Oseguera.

Since October 2015, when the leftist opposition took control of the Guadalajara municipality, around 10 percent of its 2,600-strong police force have been or are in the process of being dismissed, said Salvador Caro, the police chief.

Most were suspected of having links to organized crime, and of those, most for ties to the CJNG, Caro said.

It is not the only gang with the law on its payroll.

Documents recovered by local officials and reviewed by Reuters showed the Knights Templar gang, once the main local rival of the CJNG, got copies of intelligence files to compile dossiers on suspected CJNG members, including police.

Police are not the only problem, said Jalisco attorney general Almaguer, who also wants to make judges in the state take loyalty tests to stop collusion with gangsters.

“We’ve had rulings where it’s obvious some bad members of the justice system tried to protect gang members,” he said.

A spokeswoman for Jalisco’s Supreme Court declined to comment.

The CJNG steadily became more independent from the Sinaloa Cartel after the 2010 death of Ignacio Coronel, Guzman’s top lieutenant in Jalisco. Still, a U.S. Drug Enforcement Administration (DEA) map in January 2012 showing the territorial influence of Mexico’s main cartels did not feature the gang at all.

It was not until after Guzman’s capture in February 2014 – he would break out of prison in July 2015 and was recaptured this January – that the split degenerated into war.

By April 2015, another DEA map showed the CJNG dominant in most or parts of 10 states, with a growing or significant presence in four others.

Since then, the CJNG surge has sparked record murder levels around the Pacific ports that feed the gang’s demand for precursor chemicals from China used to make crystal meth.

The gang’s power grab has also fueled violence in the port of Veracruz on the Gulf of Mexico, the main gateway for crystal meth exports to Europe and North Africa, and Tijuana, a major border crossing into the lucrative U.S. market.

Some experts believe the CJNG is already the main supplier of crystal meth to the United States.

Mike Vigil, a former DEA chief of international operations, believes the split is still about 60-40 in favor of the Sinaloa Cartel in a market the two utterly dominate.

Estimating sales of the drug were worth about 25-30 percent of a $60 billion U.S. illegal narcotics trade, Vigil said the CJNG’s power base and absorption of local expertise meant it had the potential to become the new “superpower” in crystal meth.

“They have a PhD in drug trafficking thanks to the education provided by the Sinaloa Cartel and other cartels,” he said.