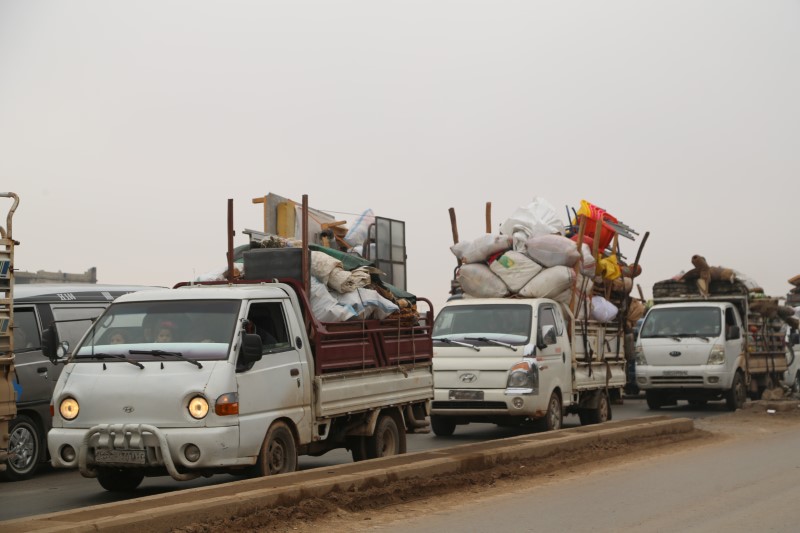 AMMAN (Reuters) – Around 350,000 Syrians, mostly women and children, have been displaced by a renewed Russian-backed offensive in the opposition-held Idlib province since early December, and have sought shelter in border areas near Turkey, the United Nations said on Thursday.

The U.N. Office for the Coordination of Humanitarian Affairs (OCHA) said in its latest situation report that the humanitarian situation continued to deteriorate as a result of the “escalating” hostilities.

Russian jets and Syrian artillery have pounded towns and villages in recent weeks in a renewed assault backed by pro-Iranian militias that aimed at clearing the opposition.

Russian and Syrian jets resumed bombing of civilian areas in the opposition enclave two days after a ceasefire agreed between Turkey and Russia formally took effect on Sunday.

U.N. officials said earlier this month the humanitarian crisis had worsened with thousands of civilians on the run in Idlib province on top of close to 400,000 people who fled earlier bouts of fighting to the safety of camps near the Turkish border.

The latest offensive has brought the Russian-steered military campaign closer to heavily populated parts of Idlib province, where nearly 3 million people are trapped, according to the United Nations.