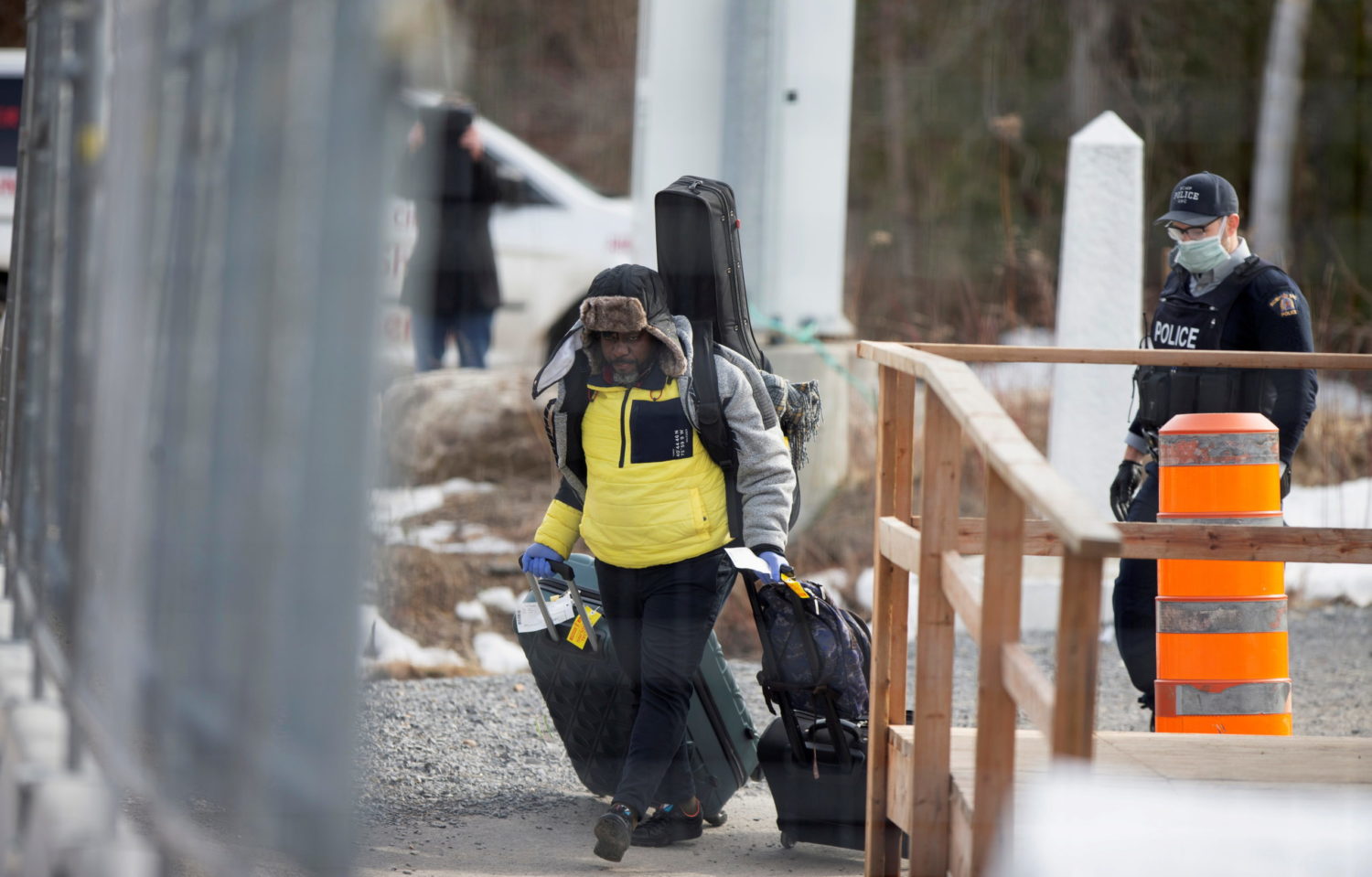 TORONTO (Reuters) – The Canadian government is trying to quash a legal challenge to its policy of turning back asylum-seekers entering the country between border crossings, saying the group bringing it lacks standing, even as it has granted a growing number of exemptions to the policy.

The parties were in court on Thursday arguing over who should be able to bring a case in the public interest.

Since March 2020, Canada has turned back at least 544 asylum-seekers trying to cross from the United States between ports of entry, government figures show.

The government says its policy is justified by the COVID-19 pandemic and the exemptions it has granted prove recourse is available.

Refugee lawyers said that these exemptions are inadequate, as at least one asylum-seeker was deported from the United States after receiving an exemption, and belie the policy’s justification.

“Refugee travel is not discretionary,” said Maureen Silcoff, a refugee lawyer and past president of the Canadian Association of Refugee Lawyers, which earlier this year challenged the policy.

The government argues that the association lacks legal standing and its challenge should be struck.

The association is neither the intended beneficiary nor the target of the rule and “has no real stake or genuine interest in the outcome of this litigation,” the government said in a court filing. It said asylum-seekers who have been turned back should bring the case.

Refugee lawyers said those asylum-seekers, some of whom end up in U.S. immigration detention, are poorly placed to challenge the policy.

Starting in July, Canada increased the number of National Interest Exemptions it issued to asylum-seekers who had been turned back, enabling them to enter Canada and file refugee claims.

Between March 2020 and July 2021, Canada had granted just eight such exemptions. By Oct. 14, that number had risen to 159 exemptions, according to documents filed in court.

Canada’s immigration ministry did not respond to questions about the criteria for these exemptions.

Canada has a Safe Third Country Agreement with the United States under which asylum-seekers who present at a land border crossing are turned back. It has been challenged twice but upheld most recently this spring. 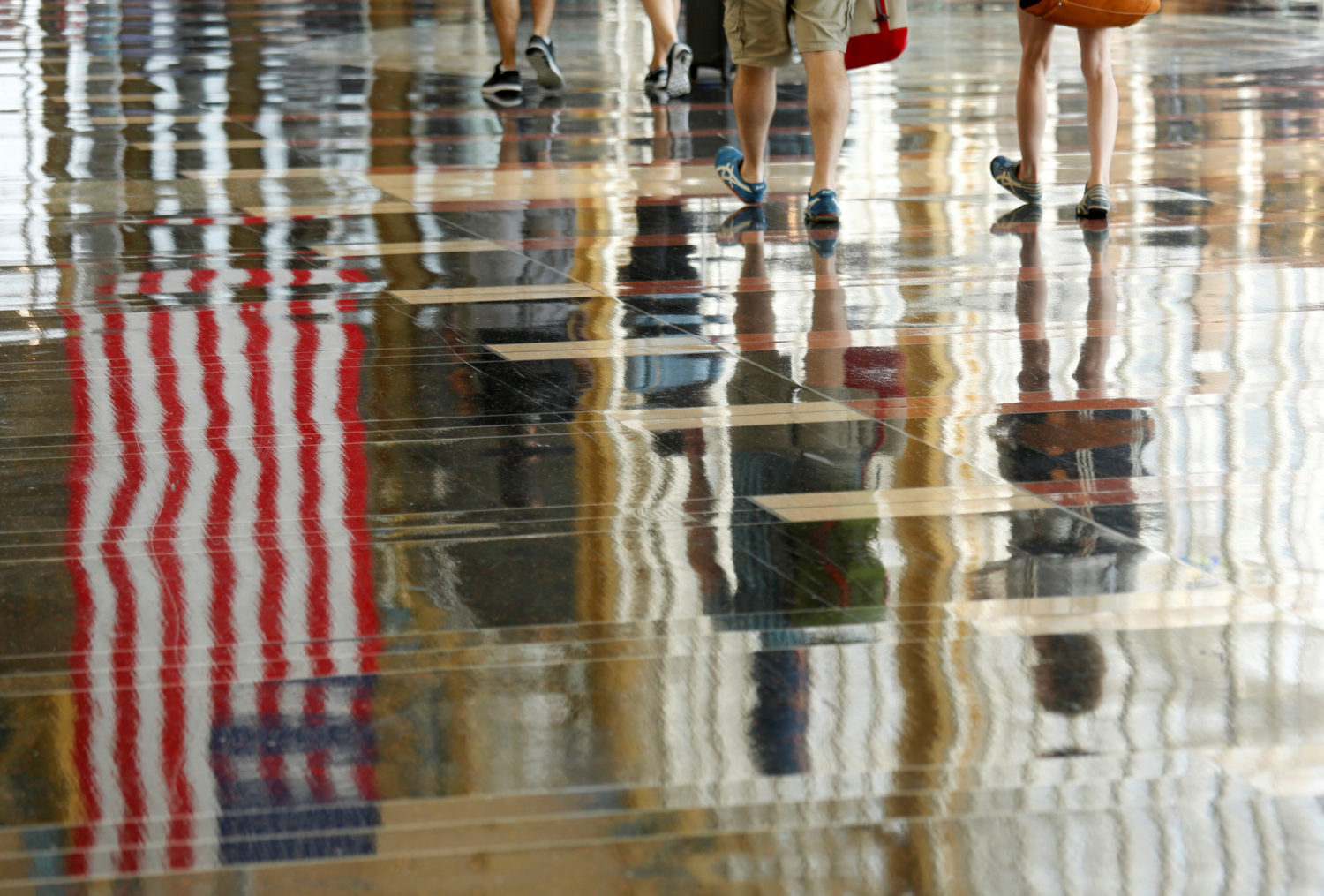 The extraordinary U.S. travel restrictions were first imposed in early 2020 to address the spread of COVID-19. The rules bar most non-U.S. citizens who within the last 14 days have been in the United Kingdom, the 26 Schengen countries in Europe without border controls, Ireland, China, India, South Africa, Iran and Brazil.

“It is in the interests of the United States to move away from the country-by-country restrictions previously applied during the COVID-19 pandemic and to adopt an air travel policy that relies primarily on vaccination to advance the safe resumption of international air travel to the United States,” Biden’s proclamation says.

The White House confirmed that children under 18 are exempt from the new vaccine requirements as are people with some medical issues. Non-tourist travelers from about 50 countries with nationwide vaccination rates of less than 10% will also be eligible for exemption from the rules. Those receiving an exemption will generally need to be vaccinated if they intend to remain in the United States for more than 60 days.

The White House first disclosed on Sept. 20 it would remove restrictions in early November for fully vaccinated air travelers from 33 countries.

The Biden administration also detailed requirements airlines must follow to confirm foreign travelers have been vaccinated before boarding U.S.-bound flights.

One concern among U.S. officials and airlines is making sure foreign travelers are aware of the new vaccine rules that will take effect in just two weeks.

The U.S. Centers for Disease Control and Prevention (CDC) is issuing on Monday new contact tracing rules requiring airlines to collect information from international air passengers as needed “to follow up with travelers who have been exposed to COVID-19 variants or other pathogens.”

The CDC said this month it would accept any vaccine authorized for use by U.S. regulators or the World Health Organization and will accept mixed-dose coronavirus vaccines from travelers.

Foreign air travelers will need to provide vaccination documentation from an “official source” and airlines must confirm the last dose was at least two weeks earlier than the travel date. 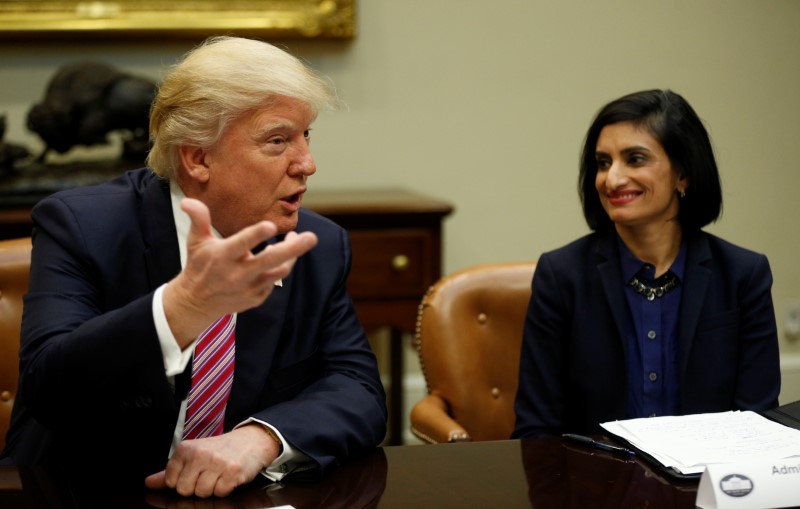