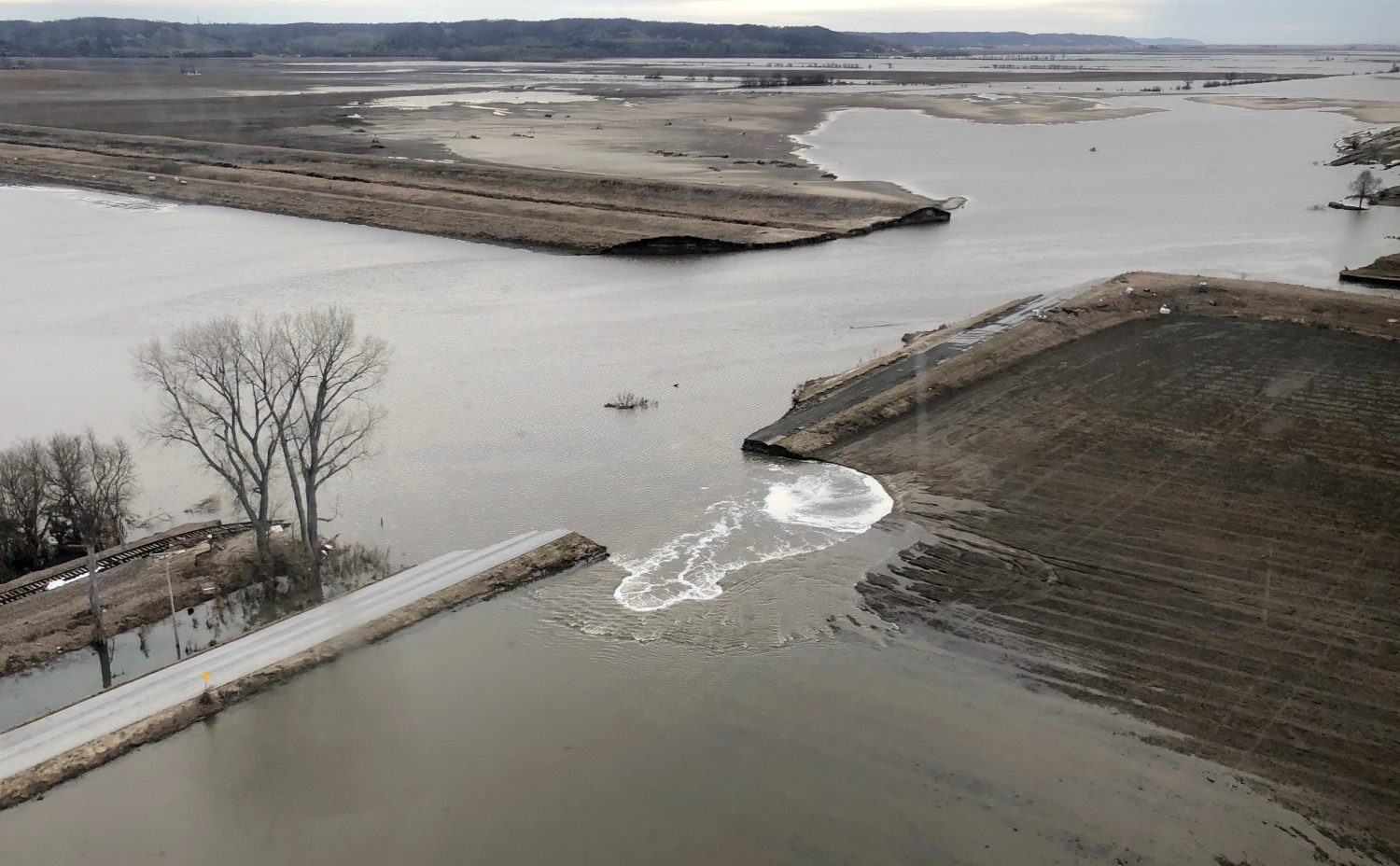 CHICAGO (Reuters) – U.S. farm incomes in the Midwest and Mid-Southern states declined yet again in the second quarter of 2019, as record floods devastated a wide swath of the Farm Belt, according to banker surveys released on Thursday by the Federal Reserve Banks of St. Louis and Kansas City.

Nearly two-thirds of the bankers surveyed by the St. Louis Fed said a majority of their farm customers were either significantly or modestly impacted by the flooding and other adverse weather earlier this year.

But in parts of the Midwest, federal trade-related aid to farmers and corn prices rising this spring due to the wet planting conditions slowed the pace of that income drop, according to bankers surveyed by the Kansas City Fed.

“These developments may have led to less pessimistic expectations about farm income in coming months,” the Kansas City Fed wrote in its survey.

The floods added more pain on farmers who have also been hurt by low crop prices and the trade war between Washington and Beijing, which has slashed shipments of U.S. agricultural products to China. The floods also battered earnings for global grain traders Cargill Inc and Archer Daniels Midland Co <ADM.N>, as heavy rains halted barge traffic on the Mississippi River, disrupted cattle shipments and caused some plants to be shuttered.

The weaker income trend is expected to continue in the third quarter, dragged down by the ongoing trade fight between the United States and China, problems with crop production and depressed commodity prices, bankers in the Eighth District said.

Farm household spending and farm capital expenditures also were lower for the quarter for the Eighth District, compared with a year earlier, raising concerns about potential ripple effects overall on rural communities.

But bankers there said they did expect such belt-tightening to ease in the third quarter, as farmers prepare for the fall harvest season.

(Reporting By P.J. Huffstutter in Chicago; Editing by Matthew Lewis) 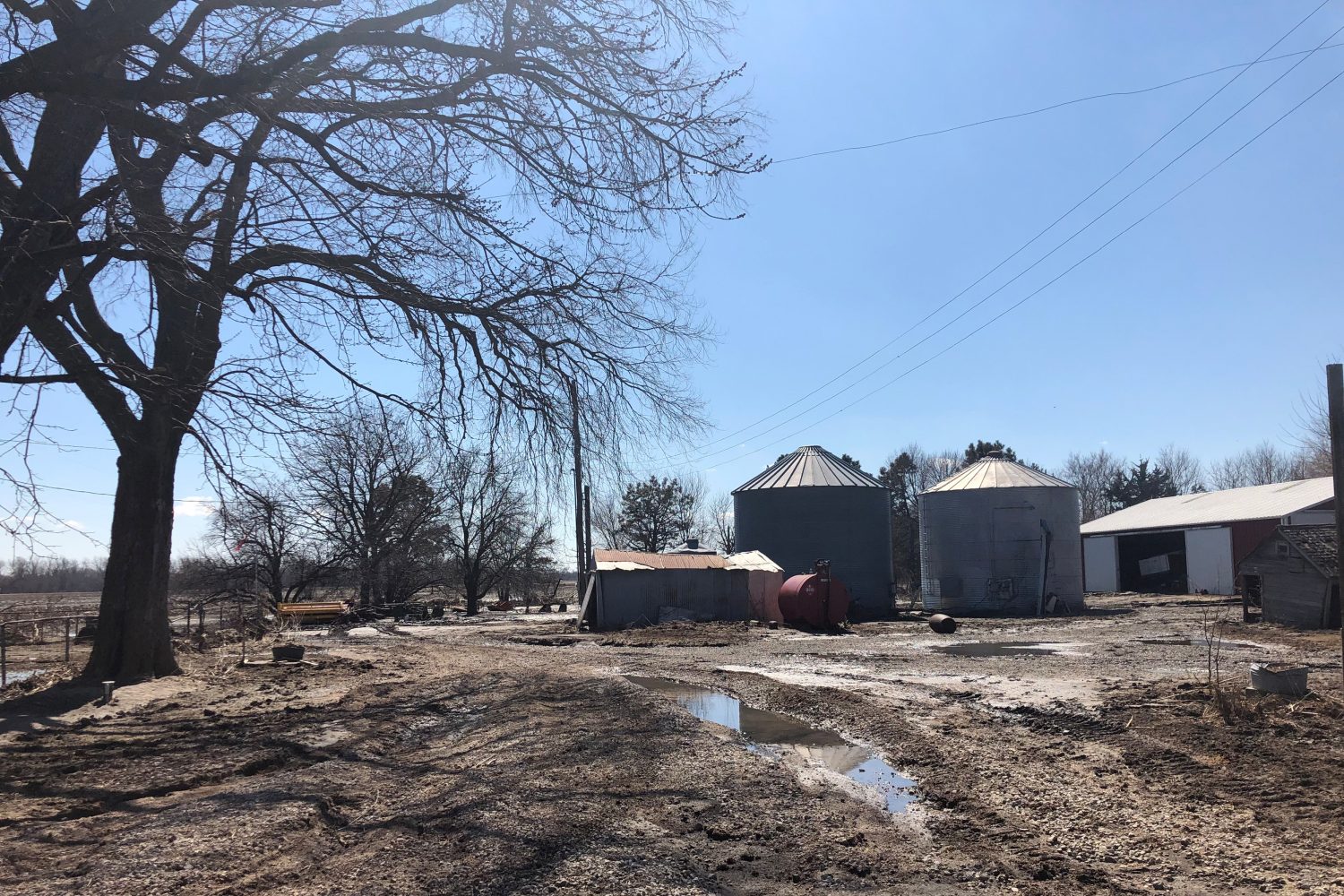 By Humeyra Pamuk and P.J. Huffstutter

COLUMBUS, Neb./CHICAGO (Reuters) – Nebraska grain farmer Ryan Ueberrhein was barely breaking even after the U.S.-China trade war pushed prices for his soybean crop to a decade low. Then the nearby Elkhorn River burst its banks as flooding swept across the U.S. farm belt.

Uberrhein’s farm was left covered in debris after the roiling water receded. He has mounting debts. And he is worried that President Donald Trump may not be able to strike a trade deal with China that would end tariffs on U.S. soybean exports – and allow him to sell whatever grain is left intact at a better price.

Frustration is building across farm country at what feels like a never-ending season of bad news.

The trade war “keeps damaging us,” said Ueberrhein, 34, of Valley, Nebraska, who voted for Trump. “What the president is doing, we stand by him, but … we can&rsquo;t keep getting hit just because a deal can’t be made quickly.”

U.S. Trade Representative Robert Lighthizer and Treasury Secretary Steven Mnuchin are set to arrive in China this week for another round of trade talks with their Chinese counterparts. The two sides have yet to agree on many core issues.

Farmers who spoke to Reuters remained supportive of Trump.

Soybean exports to China hit a four-year low in February because of the trade war. China is the biggest buyer of U.S. soybeans, which are the largest single U.S. agricultural export. A near halt in exports has hit a rural economy already struggling after years of oversupply cut farm incomes by 50 percent in the past five years.

Debt in the agrarian economy has hit levels last seen during the U.S. farm collapse of the 1980s. (Graphic: https://tmsnrt.rs/2TkUDjk)

The Nebraska Rural Response Hotline, which provides support to farmers and ranchers, has received a record number of calls about financial distress, said John Hansen, president of the Nebraska Farmers Union. Calls about suicide and depression were up, too, he said.

The latest piece of bad news came on March 11, when the Trump administration released its 2020 budget and proposed a 15 percent cut for the U.S. Department of Agriculture, calling its subsidies to farmers “overly generous.”

It did not matter to farmers, who helped vote Trump into office, that the budget will not pass muster with Democrats who control the House of Representatives, Hansen said. Some farmers took the proposed cut to subsidies for crop insurance as an insult.

“How many times do you have to kick us when we’re down?” he said.

That insurance is crucial to Richard Oswald, who farms near Phelps City, Missouri. The flood has already swallowed his childhood home, many of his fields and more than 20,000 bushels of corn. His four grain bins have burst after water-logged corn expanded and split open.

“If our government and leaders can’t step up and start to lead, we’re done for,” he said.

For years, Oswald paid extra for flood insurance. He hoped that government talk of investing in improving U.S. infrastructure would come through – and bolster the levees and dams throughout the Midwest.

But this year, as the trade war dragged on, he dropped the policy to reduce expenses. So he will get no insurance money for the lost corn, Oswald said.

A few days ago, one of his lenders called. Oswald didn’t have to pay the loan right away, the lender said, but he would have to repay it sooner or later.

“Help needs to come from Congress, but Congress is so divided, I don’t know what’s going to happen,” Oswald said.

Trump approved a disaster declaration for Nebraska on Thursday, making federal funding available in nine counties that bore the brunt of the recent floods. On Saturday, he approved one for flood-affected counties in Iowa.

U.S. Senator Chuck Grassley of Iowa said the farm belt states would need more aid, suggesting a separate relief bill to offer compensation to farmers for livestock killed in the floods and grains in storage that will have to be destroyed.

“The United States government has always been the insurance of last resort,” Grassley said in a phone interview on Friday.

Nebraska Governor Pete Ricketts put agricultural flood damage for the state at nearly $1 billion. Iowa officials are projecting losses of at least $1.6 billion, with at least $214 million in damage to the agriculture sector. Iowa Governor Kim Reynolds said her state would need assistance beyond what is granted through disaster declarations.

Farmers, meanwhile, are staring at waterlogged fields and expecting more floods. The U.S. National Oceanic and Atmospheric Administration said last week that the flooding would worsen in coming weeks as snow on the ground melts and water flows downstream.

Iowa farmer Dave Newby said the standing water in his fields was already threatening his planned start to corn in mid-to-late April. Newby, like many farmers, had been looking to boost his corn plantings this year because such a large volume of soybeans had been left unsold because of the trade war.

The same was the case in nearby Nebraska. Parts of flooded farmland remained under water and farmers had yet to assess the damage the piled-up sand, silt and debris caused to the soil. Almost all said planting will likely be delayed, which could lead to lower yields.

“Normal planting would take place around May 1, but I doubt we will make it,” said Kendal Sock, a cattle and corn farmer in Genoa. “I wish they&rsquo;d get this trade deal done, like now.”