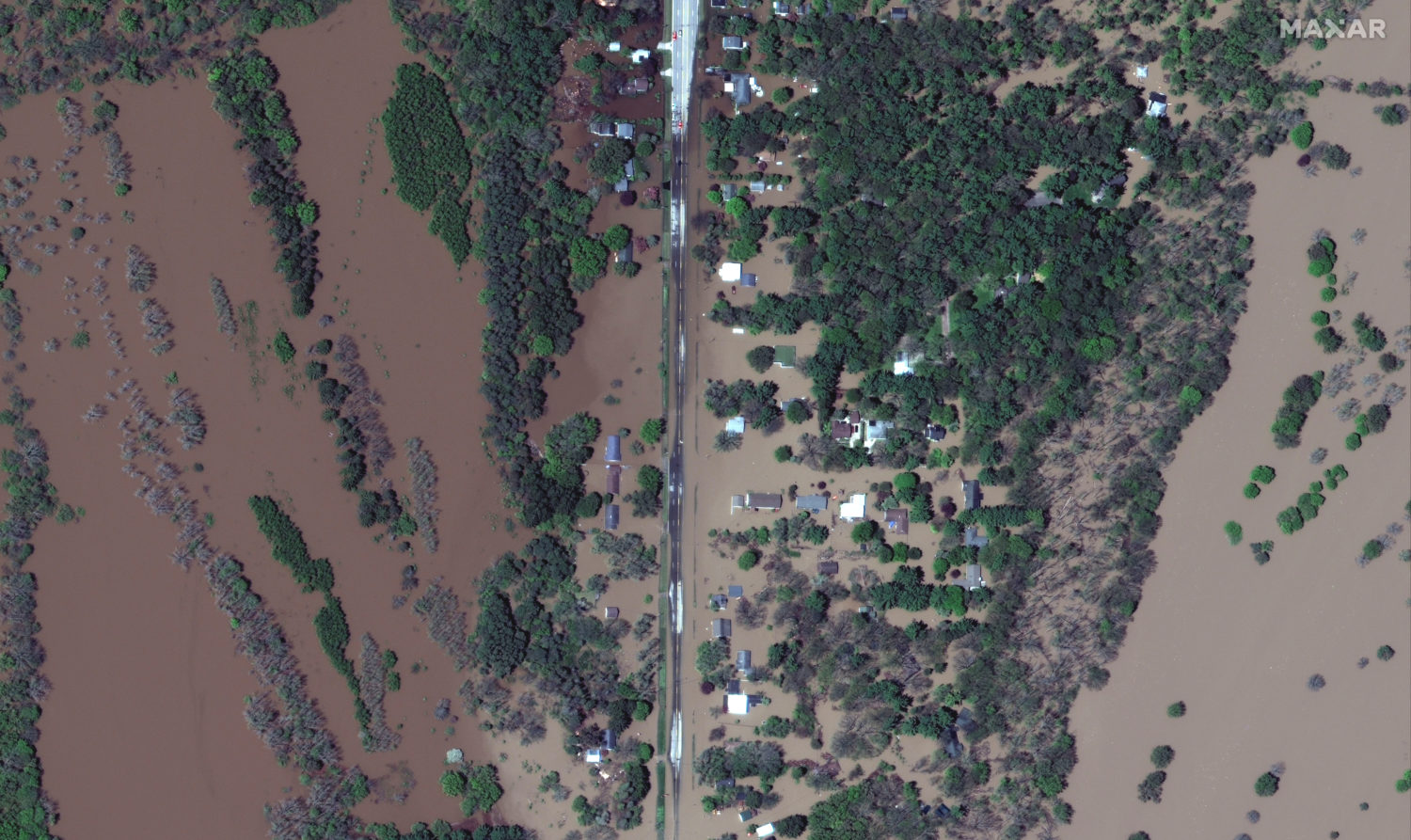 DETROIT (Reuters) – Floodwaters that breached two dams in central Michigan began to recede on Thursday after displacing thousands of people while spreading to a Dow Chemical plant and an adjacent hazardous waste cleanup site.

U.S. President Donald Trump, acting at the request of Governor Gretchen Whitmer, issued an emergency declaration authorizing federal disaster relief to victims of severe storms that struck Michigan this week in the midst of the coronavirus pandemic.

Flooding unleashed by two dam failures on Tuesday plunged parts of the riverfront city of Midland, about 120 miles (193 km) northwest of Detroit, under several feet of water and forced the evacuation of about 11,000 residents.

The torrent also posed a potential environmental hazard as floodwaters spilled into a Dow Chemical Co plant, mixing with the contents of a containment pond there, and swept a Superfund toxic cleanup site located just downstream.

Dow, a unit of Dow Inc <DOW.N>, said in a statement on Thursday that the brine solution in the pond posed no risk to residents or the environment, and no “product releases” from the plant were known to have occurred.

The rain-engorged Tittabawassee River rose to historic levels on Wednesday before starting to recede the next day, leaving a ravaged landscape of mud and debris. No deaths or serious injuries were reported.

“This is unlike everything we’ve seen before. The damage is truly devastating,” Whitmer told a news conference on Thursday.

Trump, visiting a newly reopened Ford Motor Co <F.N> automobile factory in Detroit on Thursday, said a U.S. Army Corps of Engineers team was on the scene of the dam breaks to help assess damage and bring the situation under control.

Mark Bone, a Midland County commissioner, said floodwaters must ebb further before it was safe for evacuees to return home.

The Federal Energy Regulatory Commission directed Boyce Hydro LLC, operator of the stricken dams, to establish an independent investigation of the breaches. The agency in 2018 revoked the hydropower-generating license for one of the dams, accusing Boyce of deficiencies.

Boyce said in statements that it had been in conflict with federal and local authorities in recent years over how much water the dams should release and the levels of a nearby lake.

The company also said that since losing its license, it was unable to secure funding for dam improvements and received no government assistance.