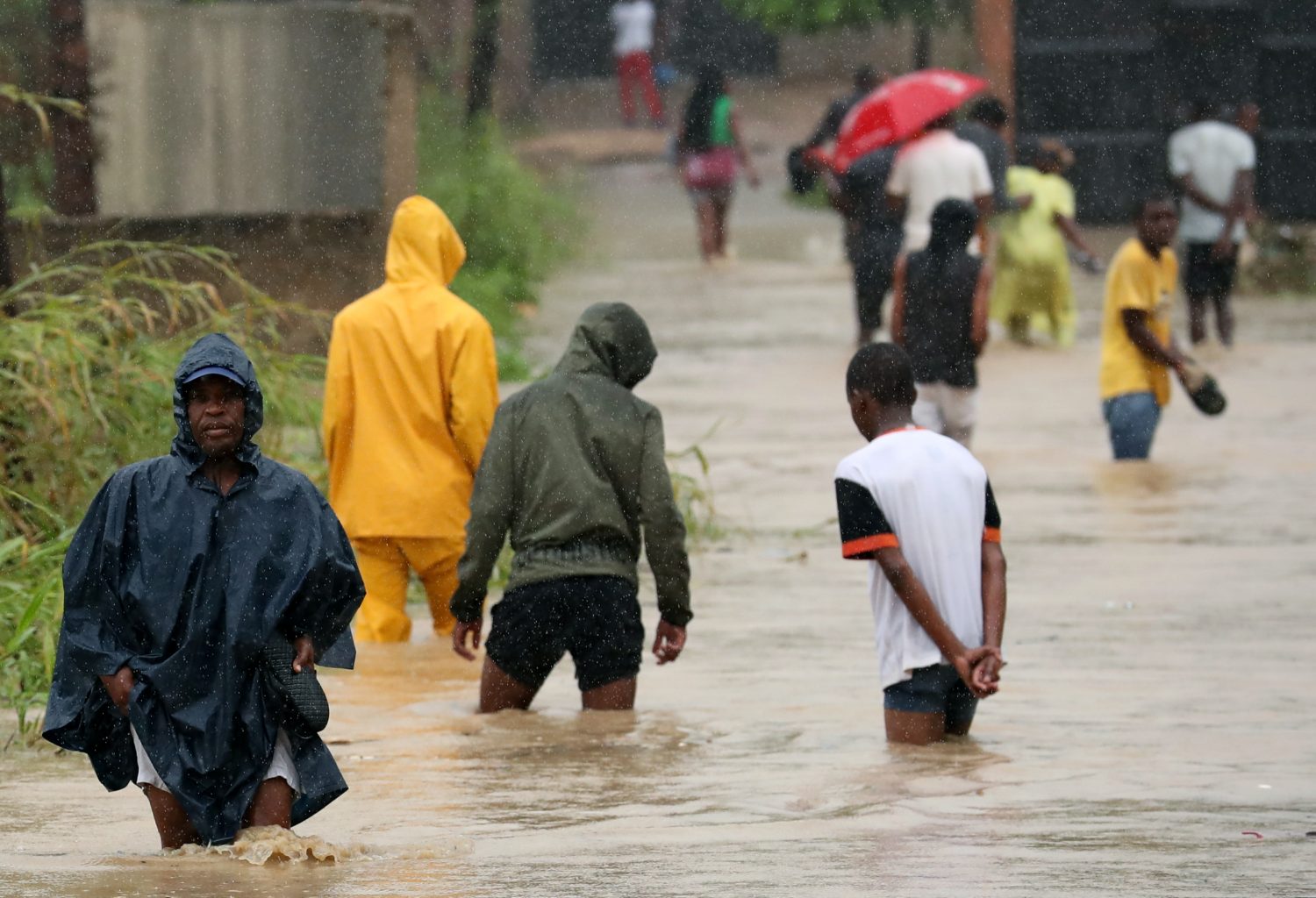 PEMBA, Mozambique (Reuters) – Rains grounded aid flights in northern Mozambique for a second day on Monday, hampering efforts to reach survivors of Cyclone Kenneth as the death toll there jumped to 38.

Rescuers managed to use a brief break in the downpours to send one helicopter packed with aid to the island of Ibo, where hundreds of homes were flattened by the second cyclone to hit the country in less than six weeks.

But rains started again and conditions were too dangerous for the next flight to take off, the United Nations said. Roads to rural districts further north were swamped and impassable after torrential rains on Sunday. 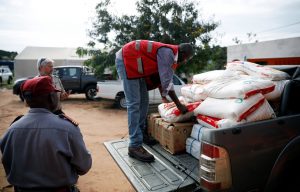 Aid workers load food onto a truck as flooding spreads in the aftermath of Cyclone Kenneth in Pemba, Mozambique, April 29, 2019. REUTERS/Mike Hutchings

“Unfortunately the weather conditions are changing too fast and threatening the operation,” said Saviano Abreu, a spokesman for the United Nations’ humanitarian arm OCHA.

Cyclone Kenneth slammed into the Comoros and then Mozambique’s province of Cabo Delgado on Thursday with storm surges and winds of up to 280 kph – stretching resources in a region still recovering from Cyclone Idai which struck further south in March.

The storm knocked out power and communications. Some rural communities were reduced to mounds of jumbled wood, with only the occasional structure and coconut tree left standing.

Four people died in the Comoros, the United Nations said. Mozambique’s National Institute of Disaster Management said its death toll stood at 38 on Monday – up from an earlier estimate of five – and just over 168,000 people had been affected.

After the first hit, heavy rains pounded Mozambique’s north, an area prone to floods and landslides. Information about the scale of the flooding in more remote districts remains scant.

In the port city of Pemba at least, waters had started to recede, OCHA’s Abreu said. Water was still waist-deep in some neighborhoods. One man ferried residents in a wooden boat. Others just waded through the deluge, some carrying belongings on their heads. 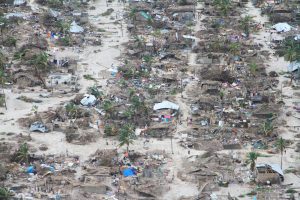 Idai destroyed the port city of Beira and submerged entire villages, vast swathes of land and 700,000 hectares of crops. It killed more than 1,000 people across Mozambique, Malawi and Zimbabwe.

Forecasters have said Kenneth could drop twice as much rain as Idai on Mozambique’s north. Authorities urged people living near rivers to move to higher ground over the weekend.

The United Nations said it had released $13 million in emergency funds for Mozambique and the Comoros to provide food and water and repair infrastructure.