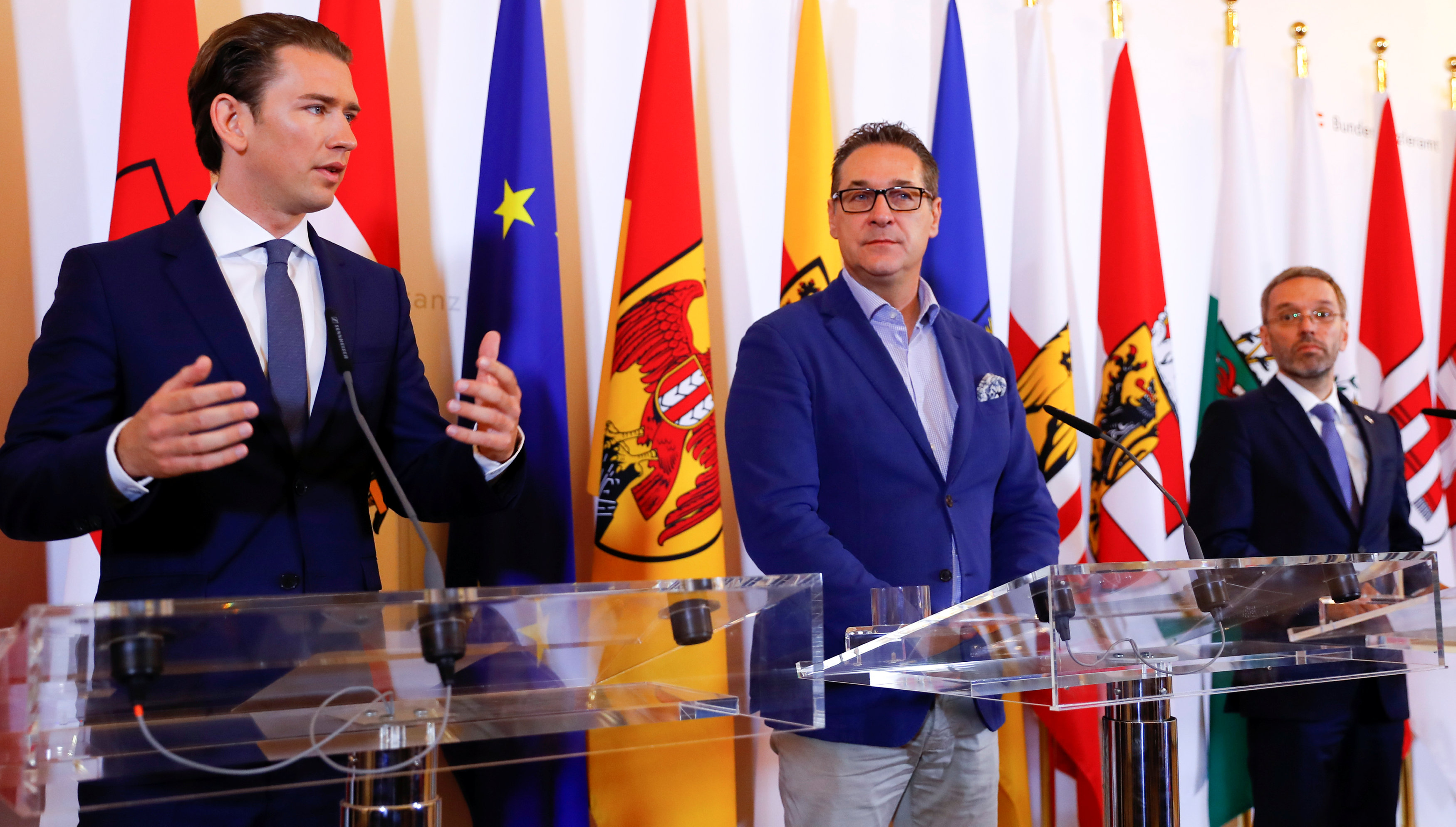 VIENNA (Reuters) – Austria’s right-wing government plans to shut seven mosques and could expel dozens of imams in what it said was “just the beginning” of a push against radical Islam and foreign funding of religious groups that Turkey condemned as racist.

The coalition government, an alliance of conservatives and the far right, came to power soon after Europe’s migration crisis on promises to prevent another influx and restrict benefits for new immigrants and refugees.

The moves follow a “law on Islam”, passed in 2015, which banned foreign funding of religious groups and created a duty for Muslim organizations to have “a positive fundamental view towards (Austria’s) state and society”.

“Political Islam’s parallel societies and radicalizing tendencies have no place in our country,” said Chancellor Sebastian Kurz, who, in a previous job as minister in charge of integration, steered the Islam bill into law.

Standing next to him and two other cabinet members on Friday, far-right Vice Chancellor Heinz-Christian Strache told a news conference: “This is just the beginning.”

Austria, a country of 8.8 million people, has roughly 600,000 Muslim inhabitants, most of whom are Turkish or have families of Turkish origin.

Turkish President Tayyip Erdogan’s spokesman said the new policy was part of an “Islamophobic, racist and discriminatory wave” in Austria.

The ministers at the news conference said up to 60 imams belonging to the Turkish-Islamic Union for Cultural and Social Cooperation in Austria (ATIB), a Muslim group close to the Turkish government, could be expelled from the country or have visas denied on the grounds of receiving foreign funding.

A government handout put the number at 40, of whom 11 were under review and two had already received a negative ruling.

ATIB spokesman Yasar Ersoy acknowledged that its imams were paid by Diyanet, the Turkish state religious authority, but it was trying to change that.

“We are currently working on having imams be paid from funds within the country,” he told ORF radio.

One organization that runs a mosque in Vienna and is influenced by the “Grey Wolves”, a Turkish nationalist youth group, will be shut down for operating illegally, as will an Arab Muslim group that runs at least six mosques, the government said in a statement.