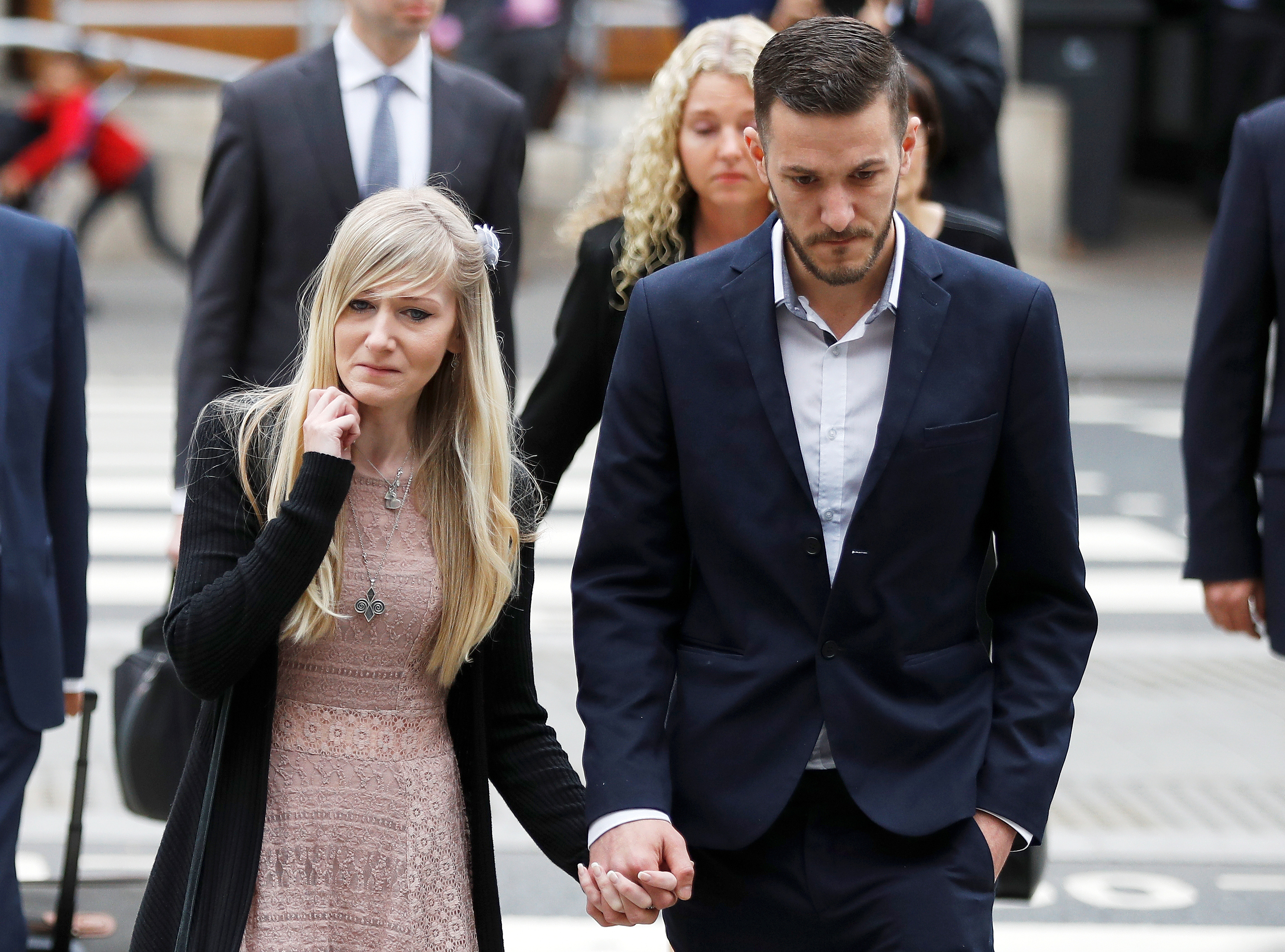 LONDON (Reuters) – The parents of Charlie Gard dropped their legal battle to give the terminally ill British baby further treatment on Monday and will now hold discussions with his London hospital about how he should be allowed to die.

Charlie’s mother, Connie Yates, who won the support of U.S. President Donald Trump and Pope Francis with a campaign to keep him alive, said 11-month-old Charlie could have lived a normal life if he had been given treatment earlier.

“This is the hardest thing we’ll ever have to do,” she said in London’s High Court where a judge had been due to hear final arguments as to why a hospital should not turn off the boy’s life support.

“We have decided it is no longer in his best interests to pursue treatment,” Yates said. “We have decided to let our son go … Charlie did have a real chance of getting better. Now we will never know what would have happened if he got treatment.”

Charlie has a rare genetic condition causing progressive muscle weakness and brain damage. His parents had sought to send him to the United States to undergo experimental therapy.

Britain’s courts, backed by the European Court of Human Rights, refused permission, saying it would prolong his suffering without any realistic prospect of helping the child.

Lawyer Grant Armstrong, speaking in the High Court, said the parents had dropped their legal fight for Charlie to continue to receive treatment because scans showed that the child suffered irreversible damage.

“For Charlie, it’s too late, time has run out. Irreversible muscular damage has been done and the treatment can no longer be a success,” he said.

“Charlie has waited patiently for treatment. Due to delay, that window of opportunity has been lost.”

The judge hearing the case, Nicholas Francis, said no parents could have done more for their child.

Francis had been due to preside over a final two-day hearing after which he would have decided whether the boy’s parents could take Charlie to the United States for treatment by Michio Hirano, a professor of neurology at New York’s Columbia University Medical Center.

Hirano had said he believed there was at least a 10 percent chance his nucleoside therapy could improve the condition of Charlie, who cannot breathe without a ventilator, and that there was a “small but significant” chance it would help aid brain functions.