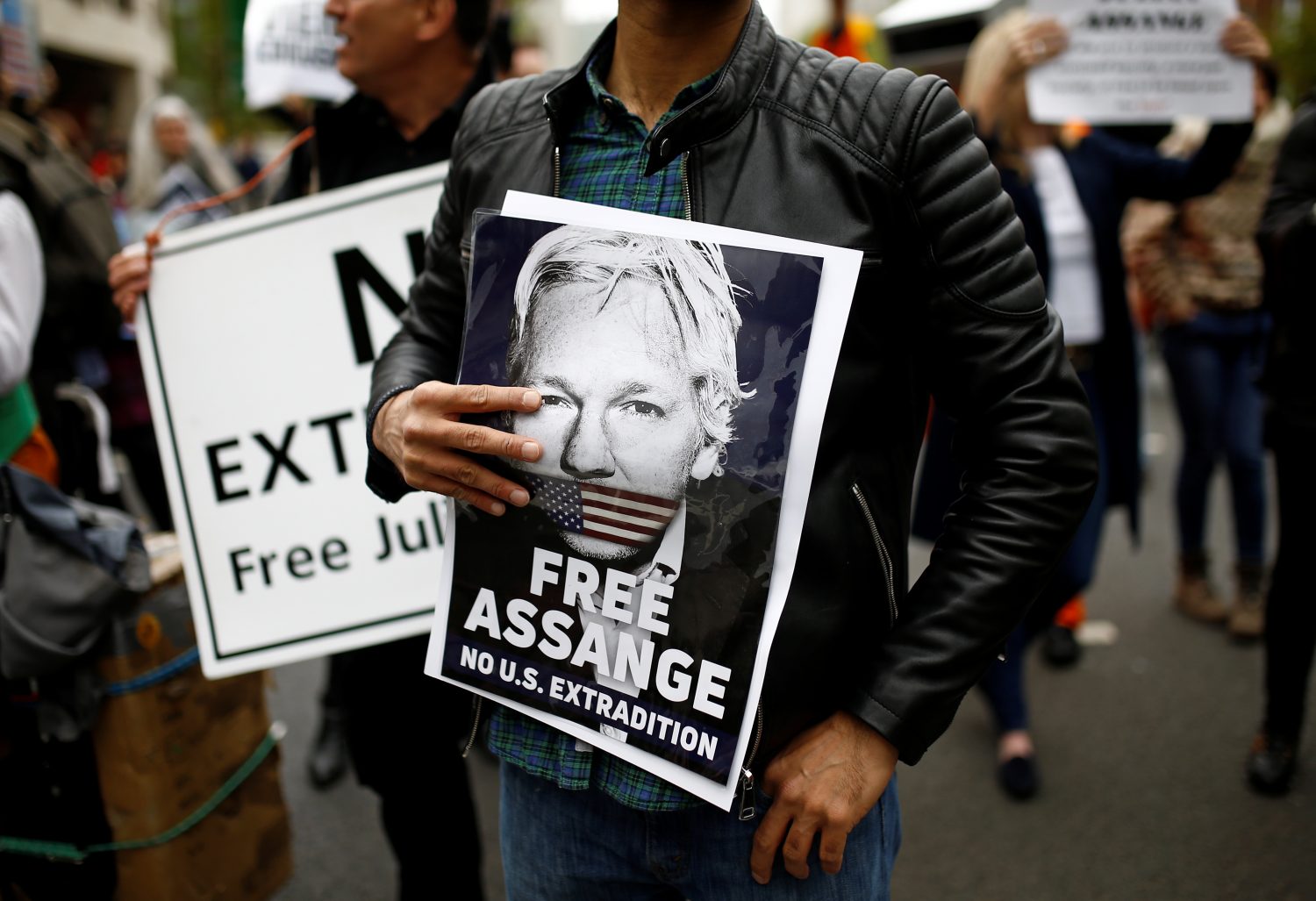 LONDON (Reuters) – WikiLeaks founder Julian Assange told a London court on Thursday his work had protected “many people” and refused to agree to be extradited to the United States to face trial for one of the largest compromises of classified information in history.

The United States has requested the extradition of Assange, who was dragged from the Ecuadorean Embassy in London on April 11, and has charged him with conspiracy to commit computer intrusion which carries a maximum penalty of five years.

Asked at a preliminary hearing at Westminster Magistrates’ Court whether he agreed to be extradited to the United States, Assange, appearing via a video link from a British prison, said: “I do not wish to surrender for extradition. I’m a journalist winning many, many awards and protecting many people.”

Assange made international headlines in early 2010 when WikiLeaks published a classified U.S. military video showing a 2007 attack by Apache helicopters in Baghdad that killed a dozen people, including two Reuters news staff.

To some, Assange is a hero for exposing what supporters cast as abuse of power by modern states and for championing free speech. To others, he is a dangerous rebel who has undermined U.S. security.

On Wednesday, he was sentenced to 50 weeks in prison by a British court for skipping bail after fleeing to Ecuador’s Embassy in London, where he remained for seven years until police dragged him out last month.

Assange had sought refuge in the embassy in June 2012 to avoid extradition to Sweden to face an allegation of rape, which he denies, saying he feared he would be sent to the United States to face action over the WikiLeaks’ release of classified U.S. diplomatic cables.

Hours after his arrest last month, U.S. prosecutors said they had charged Assange with conspiracy in trying to access a classified U.S. government computer.

The vast majority of these were later released on WikiLeaks.

There were computer room chats showing real-time discussions between Manning and Assange over cracking a password to gain access to classified U.S. documents and the public release of the information, Brandon said.

“Despite what you heard from the prosecutor in the courtroom today, this case is not about hacking,” Assange’s lawyer Jennifer Robinson said outside court.

“This case is about a journalist and a publisher who had conversations with a source about accessing material, encouraged that source to provide material and spoke to that source about how to protect their identity. This is a protected activity that journalists engage in all the time.”

She said the action against him had been launched under former U.S. President Barack Obama and aggressively pursued by the administration of Donald Trump.

The case was adjourned until May 30 for a procedural hearing with a more substantial hearing planned for June 12. The full extradition hearing was some months away, Judge Michael Snow told the court.

LONDON (Reuters) – The parents of Charlie Gard dropped their legal battle to give the terminally ill British baby further treatment on Monday and will now hold discussions with his London hospital about how he should be allowed to die.

Charlie’s mother, Connie Yates, who won the support of U.S. President Donald Trump and Pope Francis with a campaign to keep him alive, said 11-month-old Charlie could have lived a normal life if he had been given treatment earlier.

“This is the hardest thing we’ll ever have to do,” she said in London’s High Court where a judge had been due to hear final arguments as to why a hospital should not turn off the boy’s life support.

“We have decided it is no longer in his best interests to pursue treatment,” Yates said. “We have decided to let our son go … Charlie did have a real chance of getting better. Now we will never know what would have happened if he got treatment.”

Charlie has a rare genetic condition causing progressive muscle weakness and brain damage. His parents had sought to send him to the United States to undergo experimental therapy.

Britain’s courts, backed by the European Court of Human Rights, refused permission, saying it would prolong his suffering without any realistic prospect of helping the child.

Lawyer Grant Armstrong, speaking in the High Court, said the parents had dropped their legal fight for Charlie to continue to receive treatment because scans showed that the child suffered irreversible damage.

“For Charlie, it’s too late, time has run out. Irreversible muscular damage has been done and the treatment can no longer be a success,” he said.

“Charlie has waited patiently for treatment. Due to delay, that window of opportunity has been lost.”

The judge hearing the case, Nicholas Francis, said no parents could have done more for their child.

Francis had been due to preside over a final two-day hearing after which he would have decided whether the boy’s parents could take Charlie to the United States for treatment by Michio Hirano, a professor of neurology at New York’s Columbia University Medical Center.

Hirano had said he believed there was at least a 10 percent chance his nucleoside therapy could improve the condition of Charlie, who cannot breathe without a ventilator, and that there was a “small but significant” chance it would help aid brain functions.