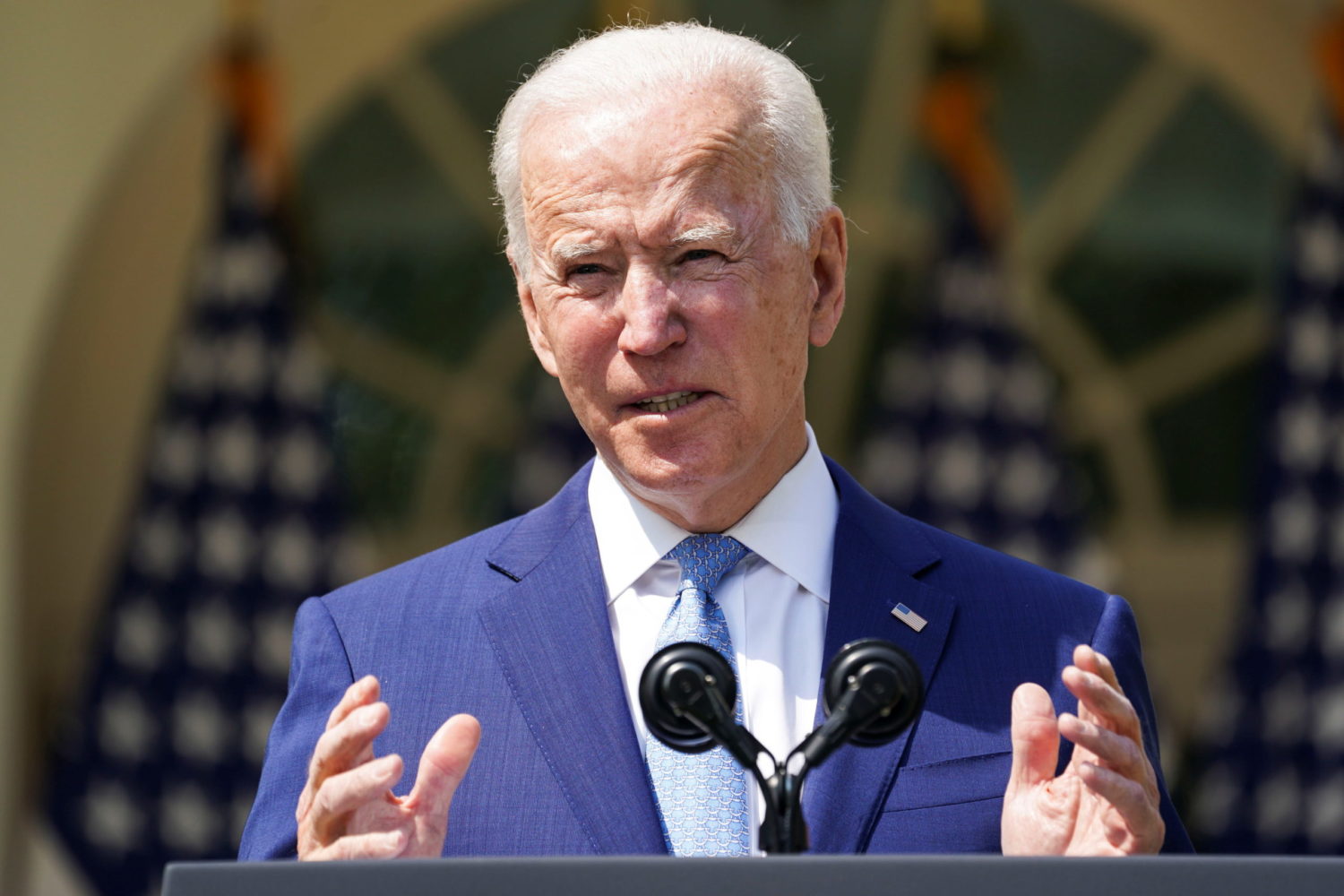 WASHINGTON (Reuters) -President Joe Biden and his Attorney General Merrick Garland announced limited measures to tackle gun violence in the United States on Thursday, in what the White House described as a first step to curb mass shootings, community bloodshed and suicides.

The new measures include plans for the Justice Department to crack down on self-assembled “ghost guns” and make “stabilizing braces” – which effectively turn pistols into rifles – subject to registration under the National Firearms Act.

Biden said he will ask the Bureau of Alcohol, Tobacco, Firearms and Explosives to release an annual report on firearms trafficking in the United States, and make it easier for states to adopt “red flag” laws that flag at-risk individuals who own guns.

Biden also outlined more ambitious goals that he needs the support of Congress to accomplish, including reintroducing a ban on assault weapons, lifting an exemption on lawsuits against gun manufacturers, and passing a nationwide red flag law.

The executive orders unveiled on Thursday are not legislative.

“Today we’re taking steps to confront not just the gun crisis, but what is actually a public health crisis,” Biden said, speaking in the Rose Garden to an audience filled with family members of victims of gun violence.

He noted another mass shooting in South Carolina this week.

“This is an epidemic, for God’s sake, and it has to stop,” Biden said.

Biden, a Democrat who has a long history of advocating for gun restrictions, has come under pressure to step up action after recent mass shootings in Colorado and Georgia.

Biden announced the measures alongside Vice President Kamala Harris and Merrick Garland, who Biden said would prioritize gun violence as head of the Department of Justice (DOJ).

“We’ve had more tragedy than we can bear,” Harris said. “People on both sides of the aisle want action …. So all that is left is the will and the courage to act.”

The DOJ will issue a proposed rule on ghost guns in 30 days, and proposed rules on stabilizing braces and a model ‘red flag’ law for states within 60 days.

Garland said the department will also be rethinking the way that it analyzes criminal cases and investigations to try learn more about modern gun-trafficking patterns.

“Modern guns are not simply cast or forged anymore, but can also be made of plastic, printed on a 3D printer, or sold in self-assembly kits,” Garland said.

Gun control is a politically divisive subject in the United States, which has experienced a significant number of deadly mass shootings at schools and other public venues for decades.

A series of gun control measures have failed in Congress, however.

The U.S. Constitution’s Second Amendment protects the right to bear arms, and state attempts to limit who can buy guns or how they can carry them have been challenged in court by pro-gun lobby groups.

“Everything that is being proposed today is totally consistent with the Second Amendment,” Biden said. “And there’s a wide consensus behind the need to take action.” 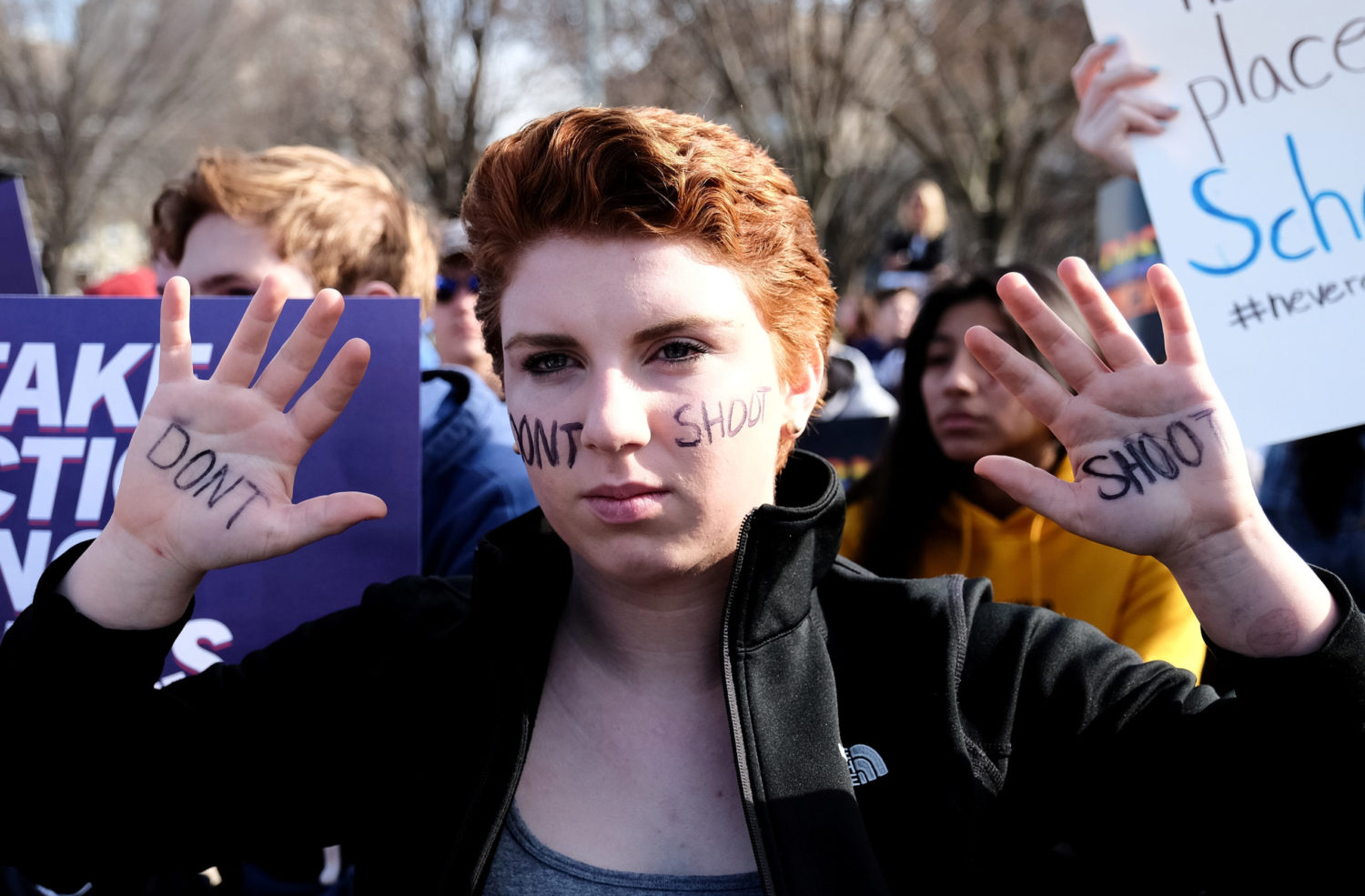 (Reuters) – Chicago and three other cities on Wednesday sued the Bureau of Alcohol, Tobacco, Firearms and Explosives (ATF), demanding it correct how it interprets what is a firearm and halt the sale of untraceable “ghost gun” kits increasingly used in crimes.

The lawsuit is the first of its kind filed against the ATF, according to lawyers for the cities of Chicago, San Jose, Columbia, South Carolina, and Syracuse, New York. It was filed in the Southern District of New York state.

So-called “ghost gun” or “80% gun” kits are self-assembled from parts purchased online or at gun shows. The parts that are assembled are not classified as a firearm by the ATF. For that reason they can be legally sold with no background checks and without serial numbers to identify the finished product.

The lawsuit argues the ATF and the Department of Justice “refuse to apply the clear terms of the Gun Control Act” which the suit says defines regulated firearms as not only working weapons “but also their core building blocks – frames for pistols, and receivers for long guns.”

The ATF says on its website that receivers in which the fire-control cavities are solid “have not reached the ‘stage of manufacture’ which would result in the classification of a firearm.”

The ATF said in an emailed statement that its “regulatory and enforcement functions are focused and clearly defined by laws.” The bureau emphasized that it investigates criminal possession and other criminal use of privately made firearms.

Everytown for Gun Safety, an advocacy group that is a plaintiff in the lawsuit along with the cities, argues that until about 2006, the ATF did require unfinished components that clearly were going to be used to make guns to carry a serial number and anyone buying them undergo a background check.

“The ATF used to interpret the Gun Control Act the right way – they would look at how quickly a frame or receiver could be converted into an operable weapon,” said Eric Tirschwell, managing director for the litigation arm of Everytown. “If it was pretty quickly, they would say ‘yeah, that’s a firearm.'”

It’s unknown how many ghost guns are in circulation, but law enforcement agencies are unanimous in saying numbers are undeniably growing. Police in Washington D.C. last year recovered over 100 ghost guns – a 342% increase over 2018. They are already on pace this year to double the number found.

The ATF has said upward of 30% of the illegal weapons it has confiscated in some areas of California are ghost guns.

Chicago Mayor Lori Lightfoot, whose city has been beset by gun violence, demanded the ATF close the ghost gun loophole and regulate the sale of gun parts that are marketed to easily be used to build guns.

“Individuals with dangerous histories shouldn’t be able to order lethal weapons on the internet with a few quick clicks,” Lightfoot said.

But Rick Vasquez, a Virginia-based firearms consultant and former ATF technical expert who evaluated guns and gun products to help the bureau determine if they were legal, said anyone wanting to address the proliferation of kit guns should pass new laws in Congress.

The continued rapid advancement of tools and technology widely available to the public meant it was getting to the point where even rudimentary “chunks of metal” can be turned into firearms, Vasquez said.

“How do you regulate that? The ATF can’t do it. This situation is uncontrollable because of technology, and I’m not sure what anyone can do about it.” 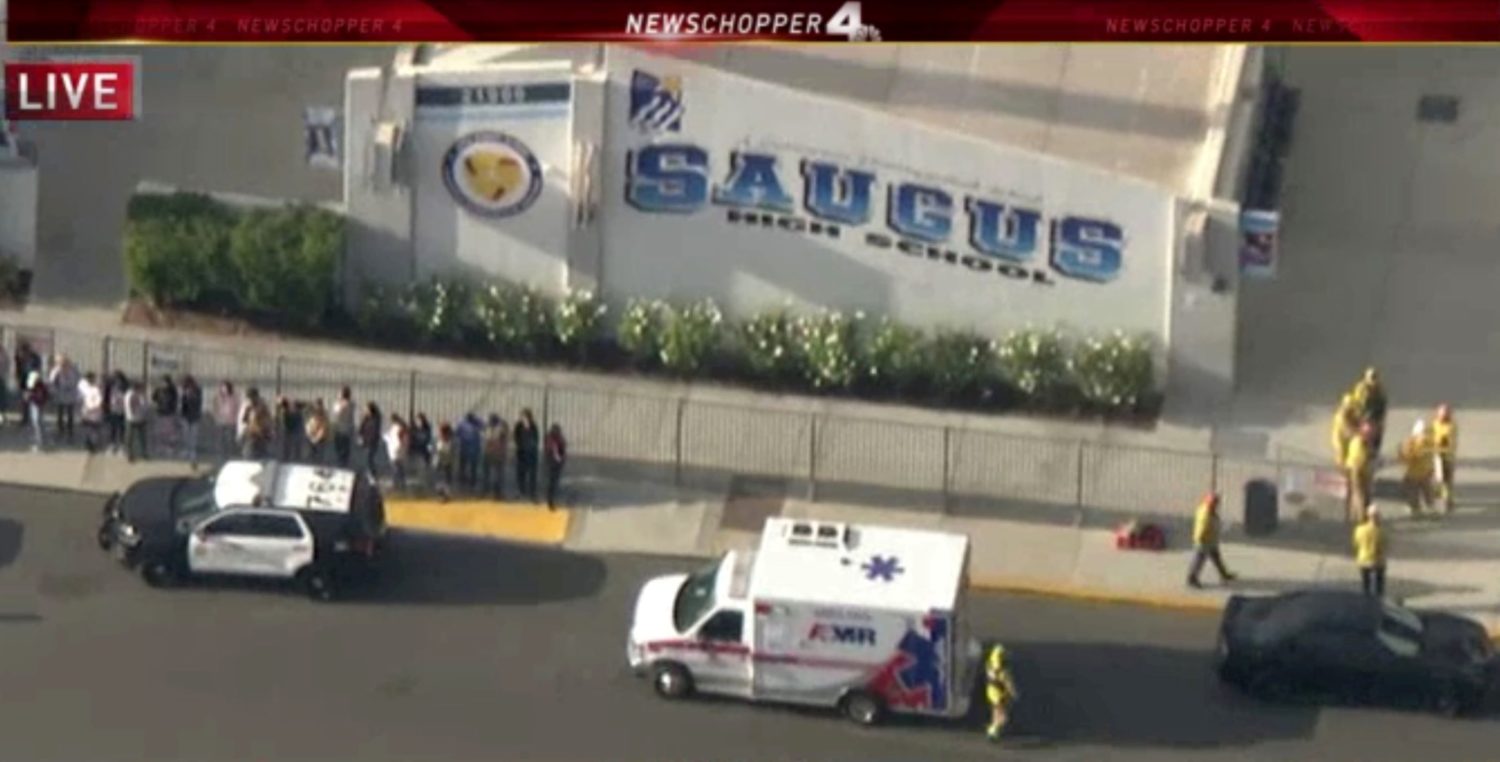 AUSTIN, Texas (Reuters) – “Ghost guns” like the one a 16-year-old boy used to kill two classmates and injure three others at a California high school last week are self-assembled, virtually untraceable – and completely legal.

The Los Angeles County Sheriff’s department confirmed that the .45-caliber pistol that Nathaniel Berhow used in the shooting at Saugus High School in Santa Clarita, California, on his 16th birthday was made from a kit. He then shot himself and died a day later in the hospital.

Such firearms have no serial numbers, and by making the gun themselves, owners can legally bypass background checks and registration regulations. That’s why they are known as “ghost guns.”

Kits can be purchased online or at gun shows, as long as the frames are not fully functional. But users can easily and cheaply machine and assemble them.

Police do not know how Berhow got his hands on the pistol he used, or who sold it and assembled it.

Kit guns represent what law enforcement and gun safety advocates call the next frontier of the fight to keep weapons away from potential criminals.

“Congress and state legislatures enact all these crimes about gun registration. But now the gun industry is creating a way to just bypass the entire thing,” Los Angeles County Sheriff Alex Villanueva told KABC TV on Thursday in confirming the weapon used in the high school shooting on Nov. 14.

The Bureau of Alcohol, Tobacco, Firearms and Explosives did not immediately reply to questions about whether it tracks how many such untraceable weapons it recovers.

“Law enforcement is increasingly having to familiarize themselves with them, but it’s not hit the public consciousness yet that there is a legal, untraceable firearm out there that can be ordered in parts online and assembled at home.”

Suplina, a former New York state prosecutor who has worked on cases involving such guns, said law enforcement agencies have no reporting requirements for ghost guns used in crimes.

But in the past decade they have gone from relatively complex and difficult weapons to put together to incredibly simple.

To stay within federal law, the frames or “receivers” of such guns can be sold 80% complete. The other components required to build a functioning firearm are often sold along with the frame and packaged as a kit.

Kit guns vary widely in prices, like fully assembled weapons, but the same models are generally the same price.

Also included are drill bits and jigs that allow the purchaser to easily mill the frame with a simple drill press that can cost less than $100.

“Criminal enterprises and gangs are seeing a real opportunity here to mass manufacture untraceable firearms and sell them at a premium,” Suplina said.