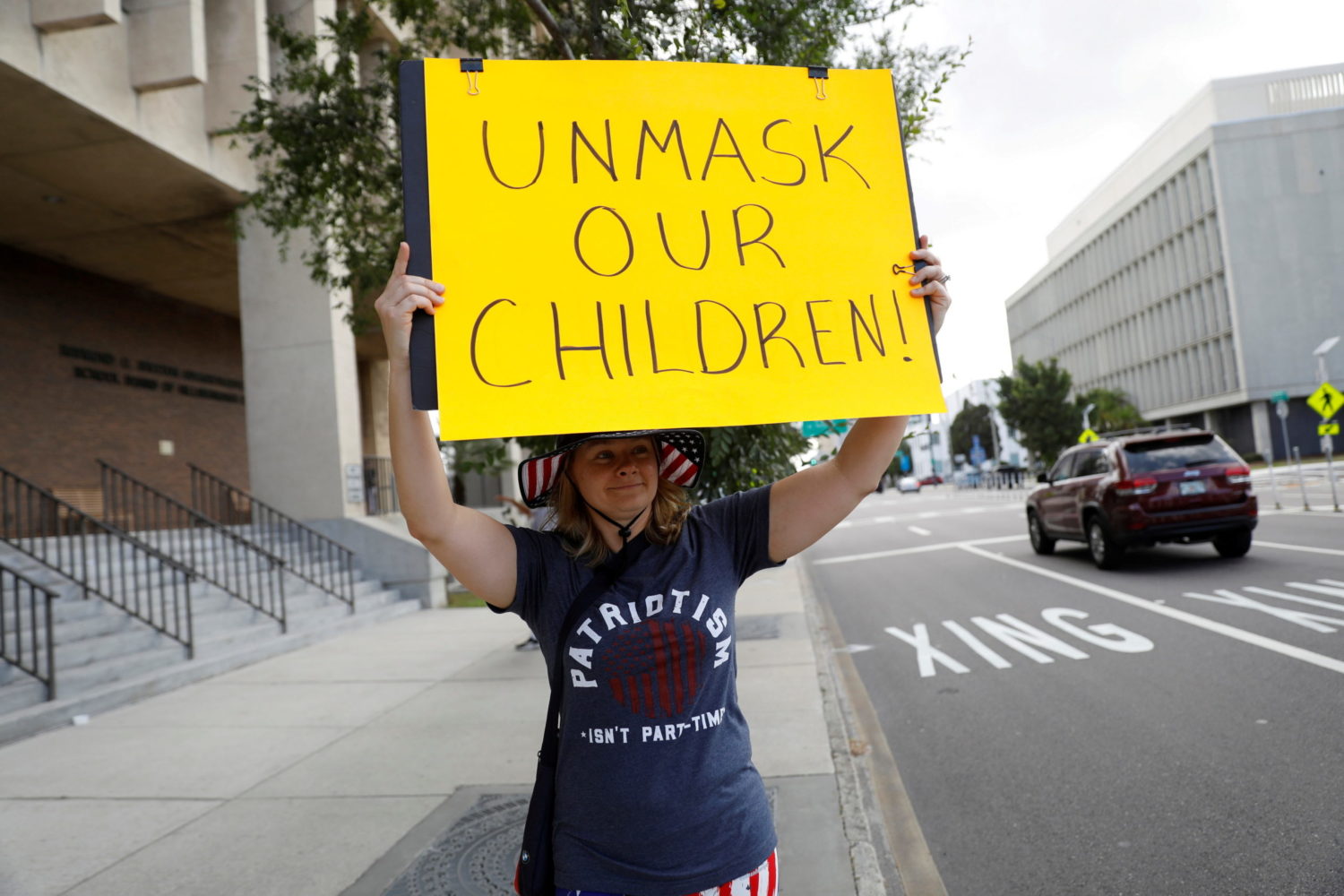 (Reuters) – Iowa joined a handful of other U.S. states on Thursday in passing a law that forbids cities, counties and local school districts from requiring people to wear face masks that protect against the spread of the coronavirus.

Governor Kim Reynolds, a Republican, signed the measure into law just hours after it was approved by the state legislature. Texas and Florida, which also have Republican governors, have passed similar measures.

“The state of Iowa is putting parents back in control of their child’s education and taking greater steps to protect the rights of all Iowans to make their own healthcare decisions,” Reynolds said in a statement.

A week ago, the U.S. Centers for Disease Control and Prevention (CDC) said people vaccinated against COVID-19 no longer need to wear a mask in most settings because the chance of them catching or transmitting the airborne coronavirus is so low. But it still advised face coverings be worn in schools, medical settings and public transit.

The decision by Texas, Florida and Iowa to ignore some of the guidance comes after a year in which many conservative political leaders have cast mask mandates as an erosion of individual liberty rather than a public health issue.

Some Democrat-led states, such as New York and Connecticut, have adopted the CDC advice and said vaccinated people are no longer bound by mask mandates, though unvaccinated people must still wear them if they cannot distance themselves from others. Those states also have not stopped individual businesses from requiring visitors to wear masks.

On Wednesday, the Utah legislature passed a bill forbidding public schools and state universities from requiring masks, which now heads to the governor to be signed into law.