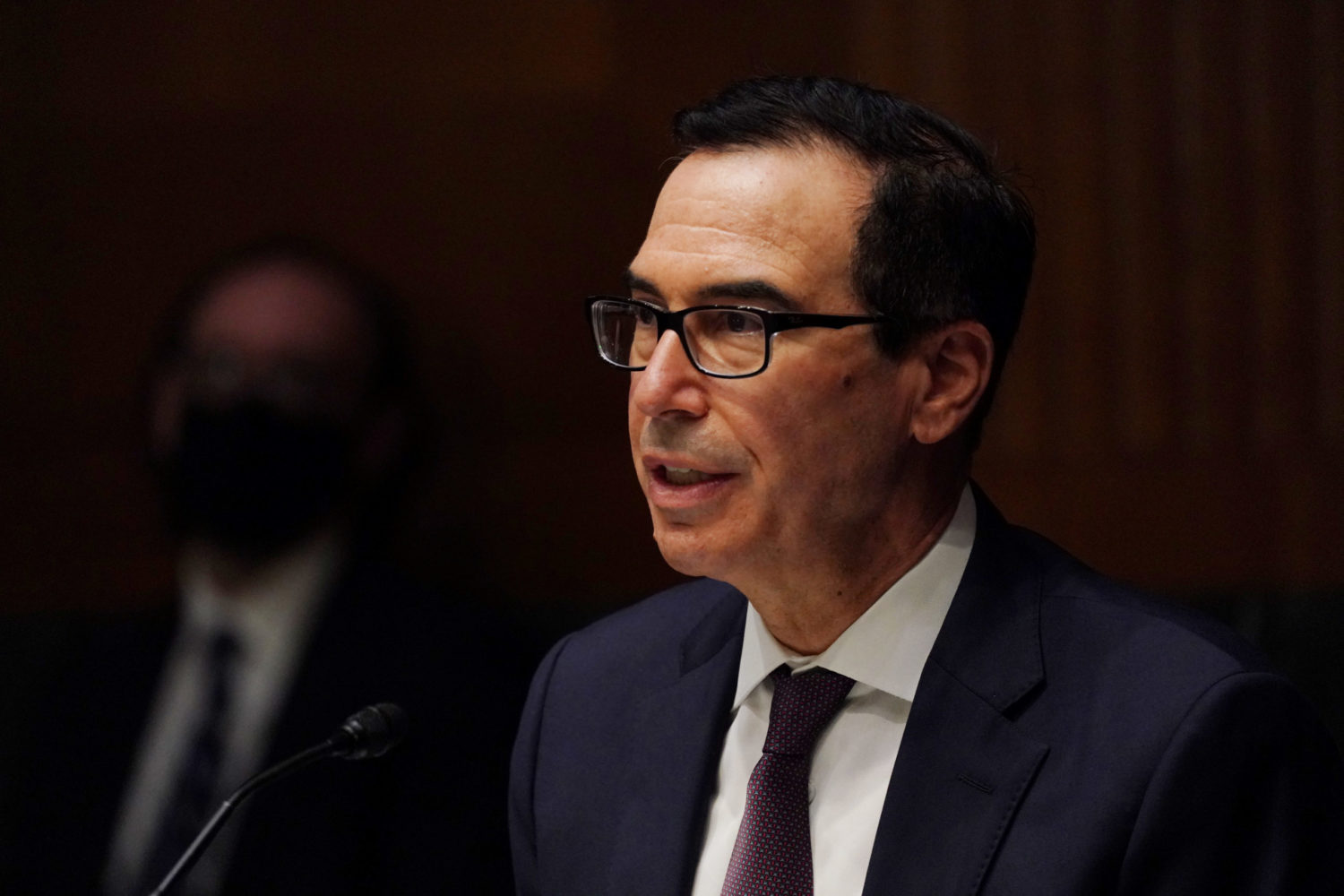 By Andrea Shalal and David Lawder

WASHINGTON (Reuters) – U.S. Treasury Secretary Steven Mnuchin on Friday defended his decision to end several of the Federal Reserve’s key pandemic lending programs on Dec. 31, saying Congress should use the money to help small U.S. companies with grants instead.

Federal Reserve Chairman Jerome Powell and Chicago Federal Reserve Bank President Charles Evans have criticized the Treasury move, saying the programs – while not being used extensively – provided an important backstop for the economy.

Mnuchin told Powell in a letter Thursday that the $455 billion allocated to Treasury under the CARES Act last spring, much of it set aside to support Fed lending to businesses, nonprofits and local governments, should be made available for Congress to reallocate.

Speaking on CNBC, Mnuchin said Congress had always intended for the lending programs to end on Dec. 31, and sought to reassure markets that the Fed and Treasury had many tools left to support the economy.

“Markets should be very comfortable that we have plenty of capacity left,” Mnuchin said, adding that the Treasury could reactivate the facilities by tapping the Exchange Stabilization Fund, a seldom-used fund housed at the department.

“To the extent these need to be reactivated, we have over $800 billion of capacity so I consider that to be a pretty good bazooka,” he said. The $800 billion would be combining the ESF and capital in remaining Federal Reserve facilities.

Mnuchin denied the move was intended to handicap the administration of Democratic President-elect Joe Biden, who will take office on Jan. 20.

“We’re not trying to hinder anything,” Mnuchin said, adding that his department would work closely with the incoming administration “if things get certified.”

He said he and White House Chief of Staff Mark Meadows would speak with congressional Republican leaders later Friday and would redouble their efforts to pass further stimulus measures.

“We want Congress to reappropriate this money,” he said. 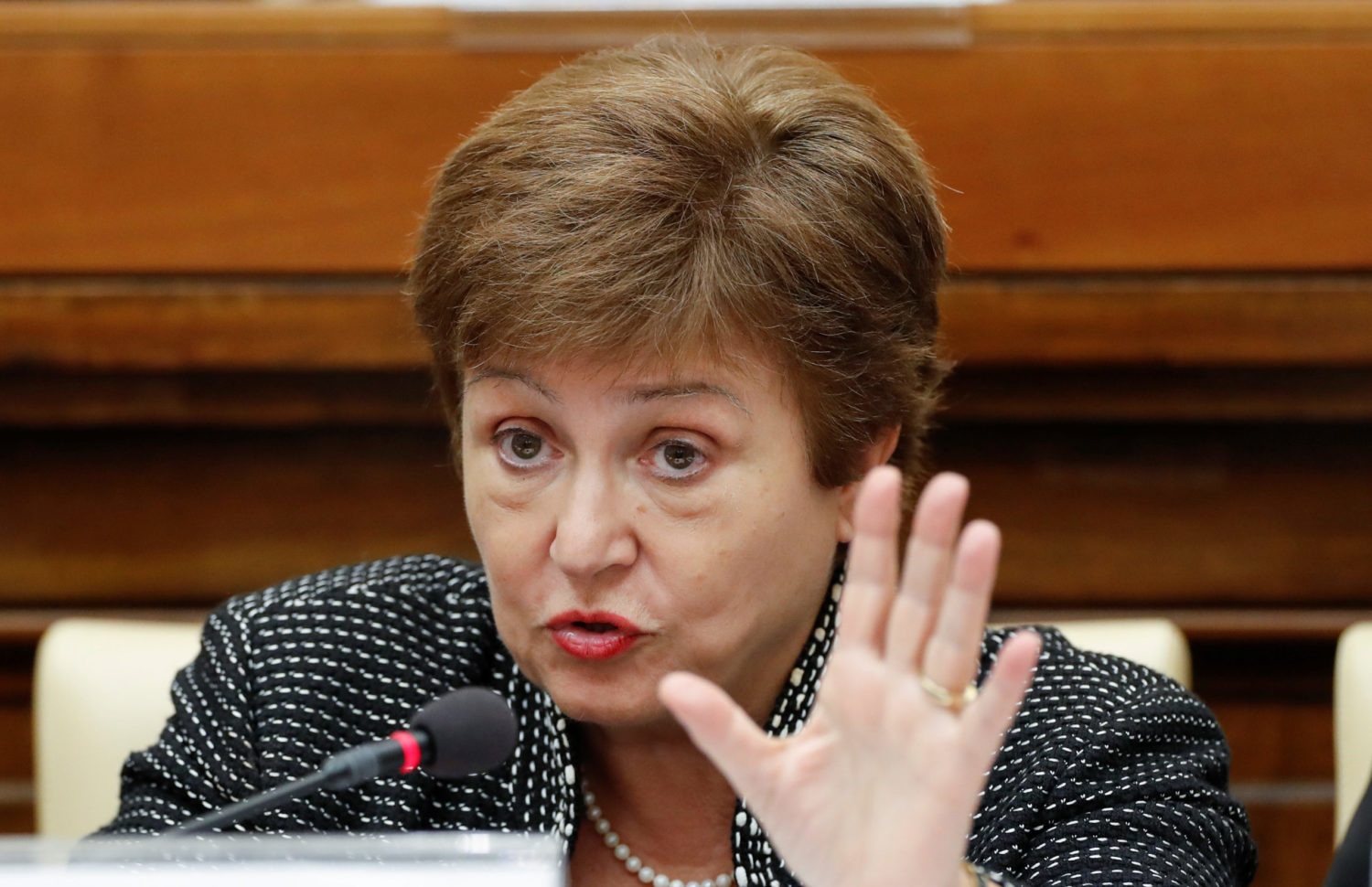 By Andrea Shalal and Marc Jones

WASHINGTON/LONDON (Reuters) – The international community must do more to tackle the economic fallout of the COVID-19 crisis, the head of the International Monetary Fund said on Monday, publicly calling on the World Bank to accelerate its lending to hard-hit African countries.

Some of the key events of the virtual and elongated annual meetings of the IMF and World Bank take place this week, with the most pressing issue how to support struggling countries.

“We are going to continue to push to do even more,” IMF Managing Director Kristalina Georgieva said during an online FT Africa summit.

“I would beg for also more grants for African countries. The World Bank has grant-giving capacity. Perhaps you can do even more… and bilateral donors can do more in that regard,” Georgieva said in an unusual public display of discord between the two major international financial institutions.

Georgieva last week said the IMF had provided $26 billion in fast-track support to African states since the start of the crisis, but a dearth of private lending meant the region faced a financing gap of $345 billion through 2023.

The pandemic, a collapse in commodity prices and a plague of locusts have hit Africa particularly hard, putting 43 million more people at risk of extreme poverty, according to World Bank estimates. African states have reported more than 1 million coronavirus cases and some 23,000 deaths.

G20 governments are expected to extend for six months their Debt Service Suspension Initiative (DSSI) which has so far frozen around $5 billion of poorer countries’ debt payments, but pressure is on the main development banks and private creditors to provide relief too.

Georgieva said the Fund was also pushing richer member countries to loan more of their existing Special Drawing Rights (SDR), the IMF’s currency, to countries that needed support most, and was “very committed” to finding a way forward for countries like Zambia now needing to restructure their debts.

The United States has blocked Georgieva’s early call for issuance of more SDRs, arguing that it would benefit mostly richer nations, not the developing countries that need it most.

Pledges to the Fund’s Poverty Reduction and Growth Trust, which supports low-income countries, have totaled $21 billion to date, including $14 billion in existing SDR holdings, but more resources were urgently needed, an IMF spokeswoman said.

The IMF chief dodged calls by civil society groups for the IMF to sell off some of its extensive gold reserves, saying the Fund viewed them as an important “financial buffer.”

Profit from selling less than 7% of the IMF’s gold could fund cancellation of all debt payments by the poorest countries to the IMF and World Bank for the next 15 months, the UK-based Jubilee Debt Campaign said in a new report issued Monday.

Georgieva said countries in serious trouble must restructure their debts as soon as possible.

“This is the message for all countries in debt distress… If debt is not sustainable, please move towards restructuring, the sooner the better,” she said.

Georgieva said transparency in lending was critical for all parties, and welcomed what she called “encouraging” statements by China to move toward a more consolidated view of the debts held by the Chinese government and other institutions.

“I believe that now is the moment in this crisis, to make … transparency paramount and mandated to the extent possible everywhere,” she said.

(Reporting by Marc Jones in London, and Andrea Shalal and David Lawder in Washington; Editing by Tom Arnold, Ed Osmond and Andrea Ricci) 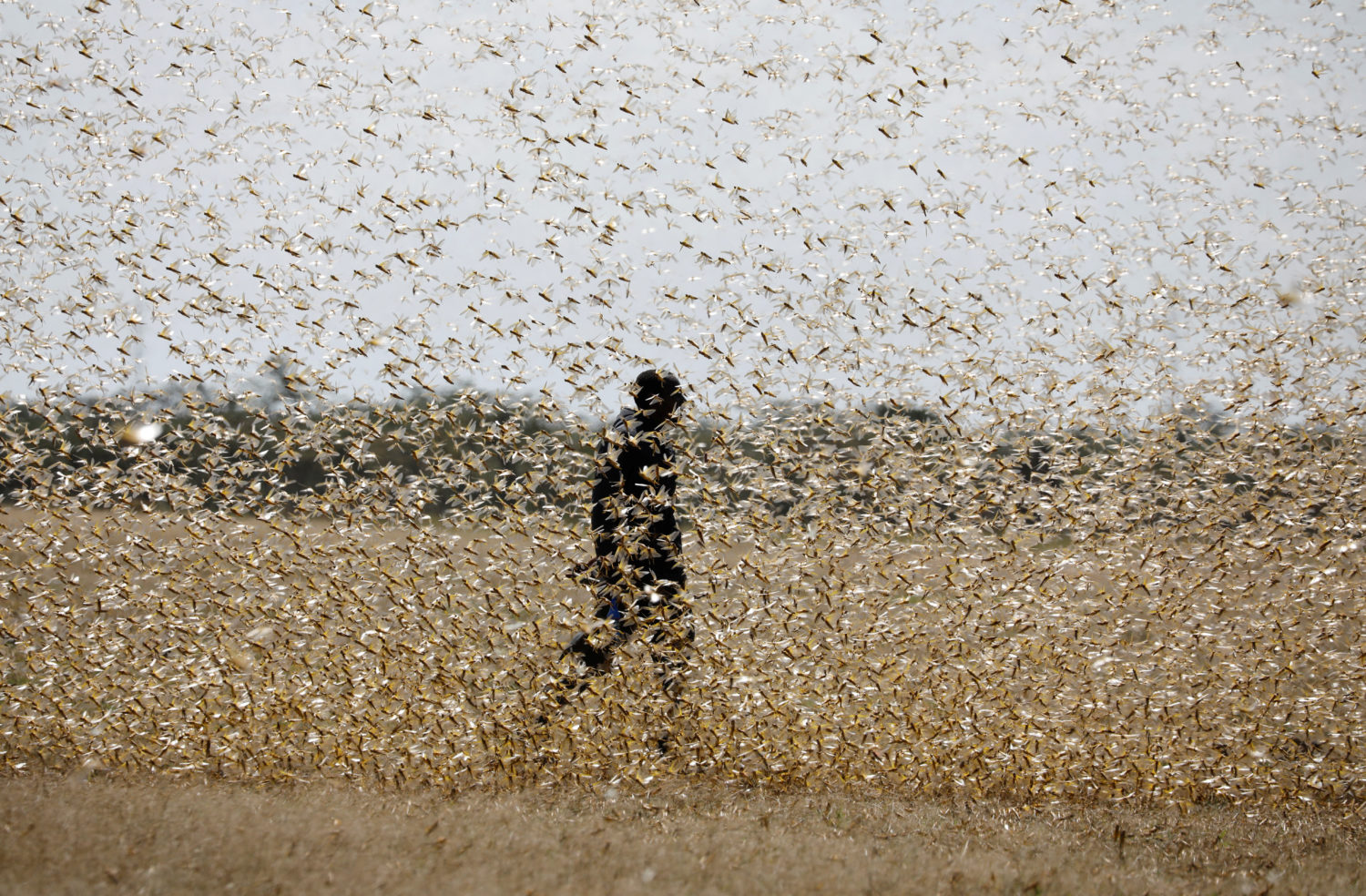 WASHINGTON (Reuters) – The World Bank on Thursday approved a record $500 million in grants and low-interest loans to help countries in Africa and the Middle East fight swarms of desert locusts that are eating their way across vast swaths of crops and rangelands.

“The Horn of Africa finds itself at the epicenter of the worst locust outbreak we have seen in a generation, most probably in more than a generation,” he said, noting the new coronavirus pandemic is exacerbating the crisis.

The World Bank estimates the Horn of Africa region could suffer up to $8.5 billion in damage to crop and livestock production by year-end without broad measures to reduce locust populations and prevent their spread. Even with the measures, losses could be as high as $2.5 billion, it said.

In Kenya, the locusts are eating in one day the amount of food consumed by all Kenyans in two days, Kray said.

The new World Bank program will help farmers, herders and rural households by providing fertilizer and seeds for new crops, and cash transfers to pay for food for people and livestock.

It will also fund investments to strengthen surveillance and early warning systems to make the region more resilient over the medium- to longer-term, Kray said.