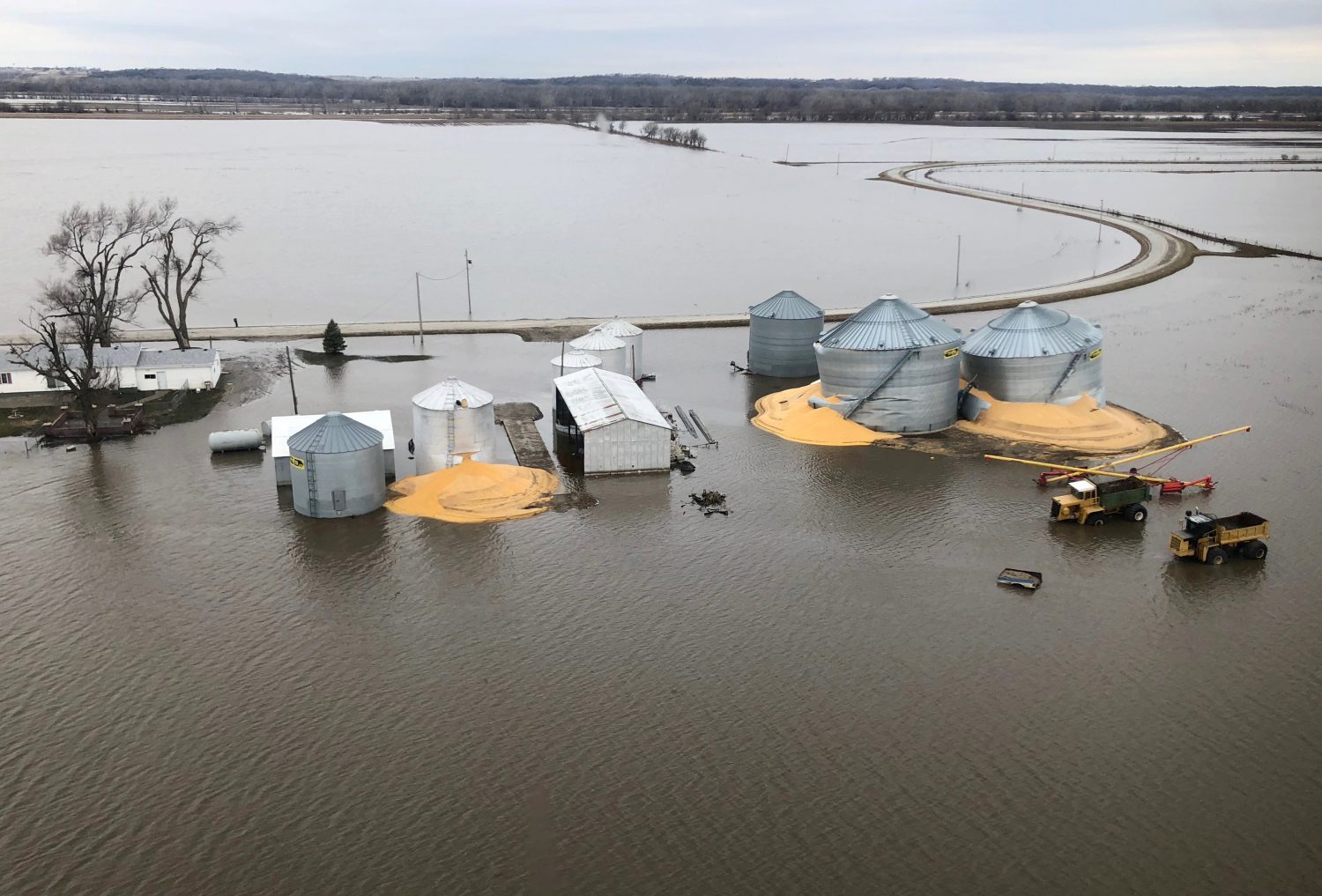 The barges can’t move – or get crucial nutrients to corn farmers for the spring planting season – because river locks on the main U.S. artery for grain and fertilizer have been shuttered for weeks. High water presents a hazard for boats, barges and lock equipment.

Railroads have also been plagued by delays from winter weather and flooding in the western Midwest, further disrupting agricultural supply chains in the nation’s breadbasket. 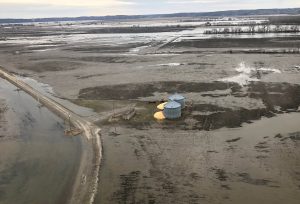 The transportation woes are the latest headache for a U.S. agricultural sector reeling from years of slumping profits and the U.S.-China trade war, and they threaten to cut the number of acres of corn and wheat that can be planted this year.

The shipping delays follow months of bad weather in the rural Midwest, including a “bomb cyclone” that flooded at least 1 million acres (405,000 hectares) of farmland last month and a record-breaking April snow storm.

“Our barges are a long way from where we need them in the upper Midwest,” said Gary Halvorson, senior vice president of agronomy at CHS. “We really don’t think that any rail line will be at their preferred service rate until summer.”

Agricultural retailers rely on barges and trains to resupply distribution warehouses across the farm belt. But river flooding has delayed the seasonal reopening of the northern reaches of the Mississippi River to barge traffic. The latest National Weather Service river forecasts suggest one of the river’s southernmost locks could remain closed until at least the first week of May.

Reduced or poorly timed fertilizer applications can hurt yields, potentially denting this year’s U.S. farm profits, which are already predicted to be about half of their 2013 peak, according to the latest U.S. government forecast. Delayed shipments can also mean lost sales for farm suppliers and higher demurrage penalties, or late-return charges, on stalled barges and rail cars.

CHS, one of the largest publicly traded U.S. agriculture suppliers, said this month cited poor weather as a key reason for a $8.9 million drop in agricultural profits during its fiscal second quarter.

Fertilizer producers such as Nutrien Ltd, Mosaic Co and Yara International also lost sales due to bad weather in the fourth quarter of last year and first quarter of this year. Mosaic announced last month that it would cut U.S. phosphate fertilizer production by 300,000 tonnes for the spring season due to poor weather and large inventories left over from the fall.

Farm retailers such as CHS and privately held Growmark may see additional losses through the spring season as the tighter planting window limits the application services they provide, according to CoBank analyst Will Secor.

Farmers are not expected to skip nitrogen fertilizer applications entirely, which would cause yields to drop by about half, according to Purdue University agronomist Bob Nielsen. But higher nutrient costs could have growers applying less-than-optimal amounts.

Some farmers could shift from corn to soybeans, which can be planted later and require fewer fertilizer applications. But soybeans will continue to face uncertain demand as long as the U.S. and top buyer China remain locked in a trade war.

“Right now my plan is to plant more corn because the price of beans is so low,” said Don Batie, a farmer near Lexington, Nebraska.

The weather problems started last autumn, a period when some farmers treat fields after harvesting in preparation for the following spring. But wet weather prevented fall fertilizer applications, and an exceptionally snowy winter in many areas slowed or halted winter field work.

“When you add to it this re-supply constraint of not being able to move barges up the Mississippi, it puts us in a precarious position,” said Kreg Ruhl, manager for crop nutrients division at Growmark, the country’s third-largest agriculture retailer in terms of revenue.

Retail fertilizer prices have started rising in parts of the Midwest and are likely to rise further as local supplies are depleted and retailers scramble to resupply.

In Iowa, the top U.S. corn producing state, the price of the common fertilizer urea was up 20 percent in late April from a year ago, and anhydrous ammonia was up 27 percent. Both hit their highest early spring levels in three years, according to U.S. Department of Agriculture data.

Without timely barge deliveries, CHS will lean on its rail network that brings imported supplies from Galveston, Texas, to any of the 29 rail hubs it owns in places like Sioux Falls, South Dakota; Marshall, Minnesota; and Minot, North Dakota.

Higher U.S. fertilizer prices and strong demand from other countries could help producers such as Nutrien, Mosaic and Yara recover some recent profit weakness in upcoming quarters.

For farmers and fertilizer retailers, however, uncertain fertilizer deliveries will likely weigh on agricultural markets through the planting season.

“We’re doing our very best to make sure that our retail network is supplied,” said CHS’s Halvorson.