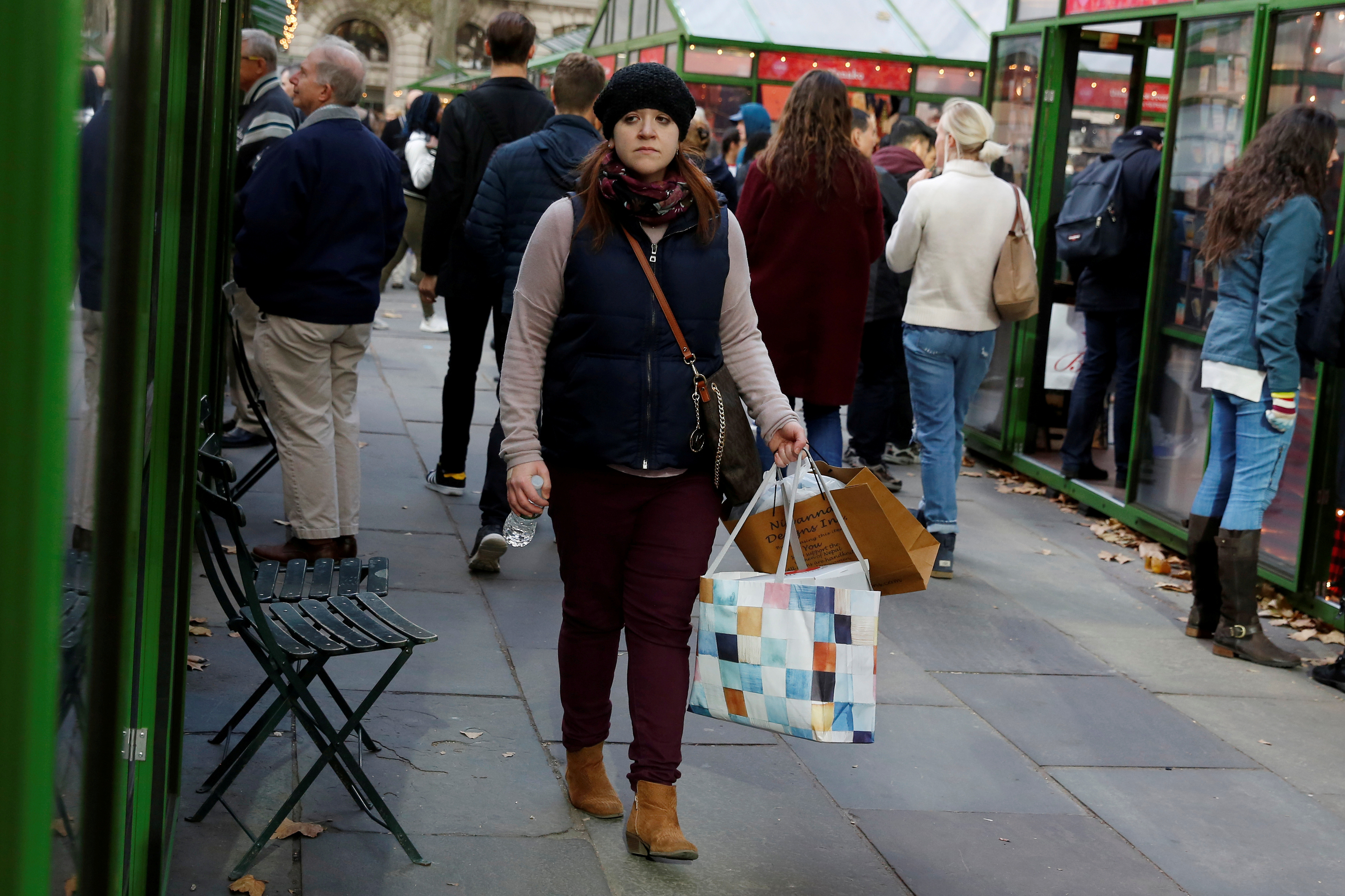 The report on Thursday from the Commerce Department also showed broad gains in sales ahead of the holiday shopping season, which bodes well for consumer spending and the overall economy as the fourth quarter gets underway.

Sales could also get a boost from declining oil prices, which are expected to lead to cheaper gasoline.

“The consumer has the wind at their backs and with gasoline prices falling at the pump, we expect even more spending in the next couple of months,” said Chris Rupkey, chief economist at MUFG in New York.

Retail sales increased 0.8 percent last month. But data for September was revised down to show sales slipping 0.1 percent instead of rising 0.1 percent. August sales were also weaker than previously thought.

Economists polled by Reuters had forecast retail sales increasing 0.5 percent in October. Sales rose 4.6 percent from a year ago.

While that suggests some loss of momentum in consumer spending, which accounts for more than two-thirds of U.S. economic activity, consumption remains underpinned by a strong labor market, characterized by a 3.7 percent unemployment rate.

The lowest unemployment rate in nearly 49 years is boosting wages, with annual wage growth recording its biggest increase in 9-1/2 years in October. Jobs market strength was underscored by a separate report from the Labor Department on Thursday showing a marginal increase in the number of Americans filing for unemployment benefits last week.

“Solid job growth and wage increases are the main sources of support for consumer spending and so far, so good,” said Jennifer Lee, a senior economist at BMO Capital Markets in Toronto.

Strong domestic demand and a tightening labor market support views that the Federal Reserve will increase interest rates in December for the fourth time this year. The U.S. central bank last Thursday kept rates unchanged, but noted that data “indicates that the labor market has continued to strengthen and that economic activity has been rising at a strong rate.”

The dollar was trading higher against a basket of currencies after Thursday’s data, while U.S. Treasury yields fell.

The trend in retail sales, if sustained, could keep the economy on a solid growth path even as business investment is slowing, the trade deficit is expected to deteriorate further and the housing market continues to weaken.

While the Commerce Department said it could not isolate the impact of Hurricane Florence, which lashed North and South Carolina in mid-September, on the retail sales, the storm probably boosted purchases of automobiles and building materials last month.

There were also increases in sales at clothing stores, online retailers and service stations last month. Americans also spent more on hobbies and at bookstores, while cutting back on furniture purchases.

Other data on Thursday offered a mixed picture of the manufacturing sector in early November. The New York Fed said its Empire State general business conditions index rose to a reading of 23.3 this month from 21.1 in October.

A slight moderation in the new orders index was offset by strong increases in labor market measures.

Separately, a survey from the Philadelphia Fed showed a slowing in factory activity in the mid-Atlantic region this month, with its current general activity index tumbling to a reading of 12.9 from 22.2 in October amid a sharp slowdown in new orders.

Firms, however, remained upbeat about business conditions over the next six months. There was also a strong improvement in capital expenditure plans. 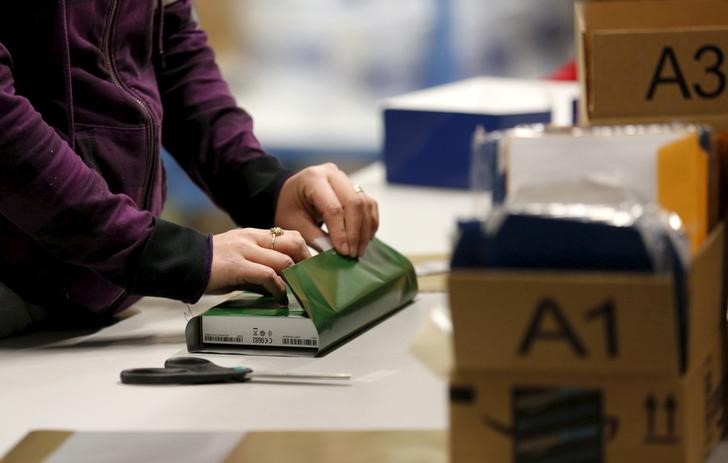 NEW YORK (Reuters) – U.S. online spending during the holiday shopping season is likely to grow 14.8 percent this year to $124.1 billion, far outpacing the 2.7 percent growth predicted for brick-and-mortar locations and highlighting the ongoing switch from stores to web shopping.

The forecast was released on Thursday by Adobe Analytics, the web analytics arm of Adobe Systems Inc. The company measures transactions from 80 of the top 100 U.S. retailers and trillions of customer visits to U.S. retail sites.

Online sales this year will benefit from an extra day between Cyber Monday to Christmas, which is likely to provide a $284 million sales boost, the report said.

Adobe also forecasts the best days for shopping online based on prices across product categories during previous years. For example, Thanksgiving is likely to be a good day to buy sporting goods as prices could be 13 percent lower than their average in the first 10 months of the year. Black Friday will still be a good option for television purchases as prices could be about 22 percent lower.

Apparel discounts could make items cheaper by 22 percent than average on Nov. 25, and toys are likely to be 19 percent cheaper on Cyber Monday, the report said.

The November and December holiday shopping season are critical for retailers, when they book an outsized portion of their annual sales and profits.

Overall U.S. holiday sales including stores and online in 2018 will increase by 4.3 percent to 4.8 percent from a year ago, when consumer spending surged to a 12-year high, according to The National Retail Federation.

The trade body said holiday sales growth will be higher than an average increase of 3.9 percent over the past five years but slower than last year’s 5.3 percent gain, when consumer spending grew the most since 2005, boosted by tax cuts.