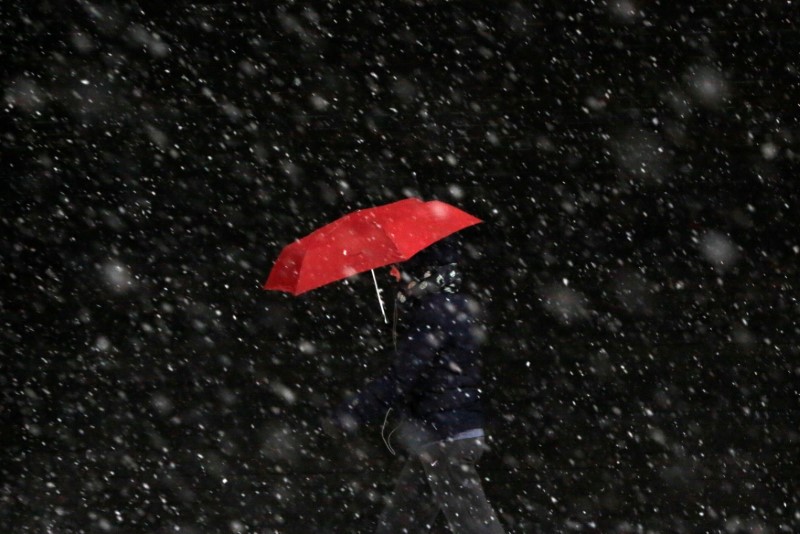 A storm is expected to bring rain and then snow to the Pacific Northwest as temperatures hover around freezing on Friday night.

The same system will also dump heavy snow in the Rockies and High Plains late into Saturday, the National Weather Service said in its forecast.

Snow and freezing rain are also in the forecast for much of the Midwest and Northeast late on Friday and through Saturday as temperatures are to dip around freezing, the weather service said.

The deteriorating weather may derail travel plans for some of the 94 million Americans who the American Automobile Association say will hit the roads during the holidays.

“Christmas, for travelers, is going to be a little dicey in some portions of the country,” meteorologist Justin Povick said during his forecast on Accuweather.com.

Accuweather warns that blizzard conditions in the northern Plains over the weekend could cause treacherous white-outs along major interstate highways, power outages and airline delays.

Signs of how bad weather may cause disruptions for holiday travelers were seen as early as Thursday morning as nearly 250 flights were delayed or canceled in and out Los Angeles International Airport due to high winds and high volume.

A blizzard watch is in effect for the area around Bismarck, North Dakota, where as much as a foot (30 cm) of snow fall and heavy winds will lead to “dangerous Christmas travel conditions”, the National Weather Service said.

To the east, in northern Wisconsin and Michigan, motorists are told to “exercise caution” as snow and freezing drizzle are expected to limit visibility and make roads slick, the National Weather Service said.

Tornadoes, thunderstorms and hail are also in the forecast in the southern U.S. Plains, Accuweather said.

As their neighbors to the north deal with winter weather, people in southern Missouri, Kentucky and Tennessee will enjoy unseasonably warm weather on Christmas Day as temperatures are likely to soar into the 60s, according to the National Weather Service.