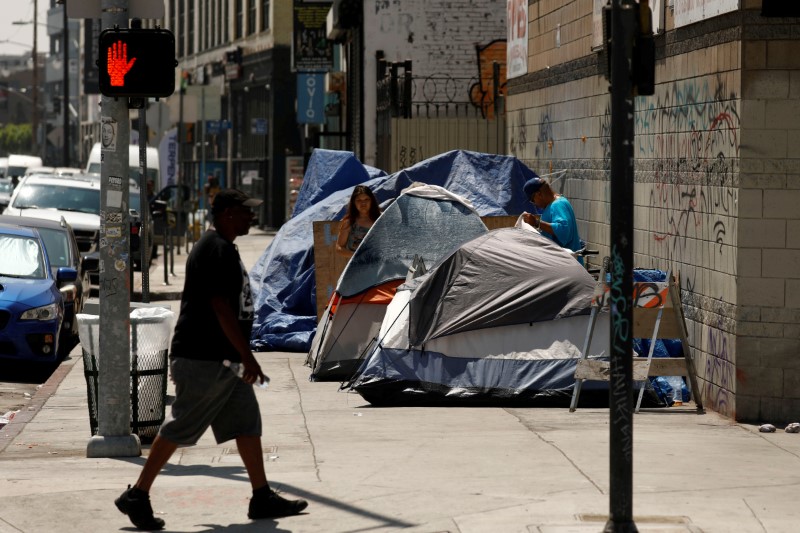 (Reuters) – California’s governor began a week-long “homelessness tour” on Monday seeking $750 million to address growing numbers of people living on the streets, stopping first in a rural community to show his state’s problems extend beyond the big cities of San Francisco and Los Angeles.

Democratic Governor Gavin Newsom last week asked state lawmakers to create the $750 million fund as part of his 2020-21 budget and plans to petition the federal government for additional money to help California’s Medicaid program improve services for the homeless.

“Homelessness isn’t just a concern in our cities, it’s a suburban issue and a rural issue, too. No Californian can say that homelessness is someone else’s problem,” Newsom, 52, said in kicking off his tour in Grass Valley, a town of about 12,000 in the Sierra Nevada mountains northeast of Sacramento.

“Every corner of our state has too many people living on the streets. And the crisis puts stress on public resources, from emergency rooms to jails to public works departments. It takes an unprecedented level of partnership between local, state, and federal government,” Newsom said in a prepared statement.

An estimated 130,000 people are homeless somewhere in California on any given day, more than any other state, according to the U.S. Department of Housing and Urban Development (HUD). California, home to about 39.6 million people, is the most populous state in the United States. Newsom and other California officials have traded barbs with U.S. President Donald Trump over the issue, with Trump blaming state and local leaders for failing to solve the problem.

On a visit to San Francisco and Los Angeles in September, Trump said conditions on their streets including trash, feces, and hypodermic needles left by homeless people were hurting their prestige.

Los Angeles Mayor Eric Garcetti formally asked the Trump administration for federal assistance on Monday in a letter that indicated the two sides had productive negotiations on the matter.

Newsom, who last week called for the emergency deployment of state-owned travel trailers and tents, was joined by state and local lawmakers on a visit to two homeless shelters in Grass Valley on Monday.

The first-term governor’s tour will also take him to Los Angeles County, the San Francisco Bay area and the Central Valley. 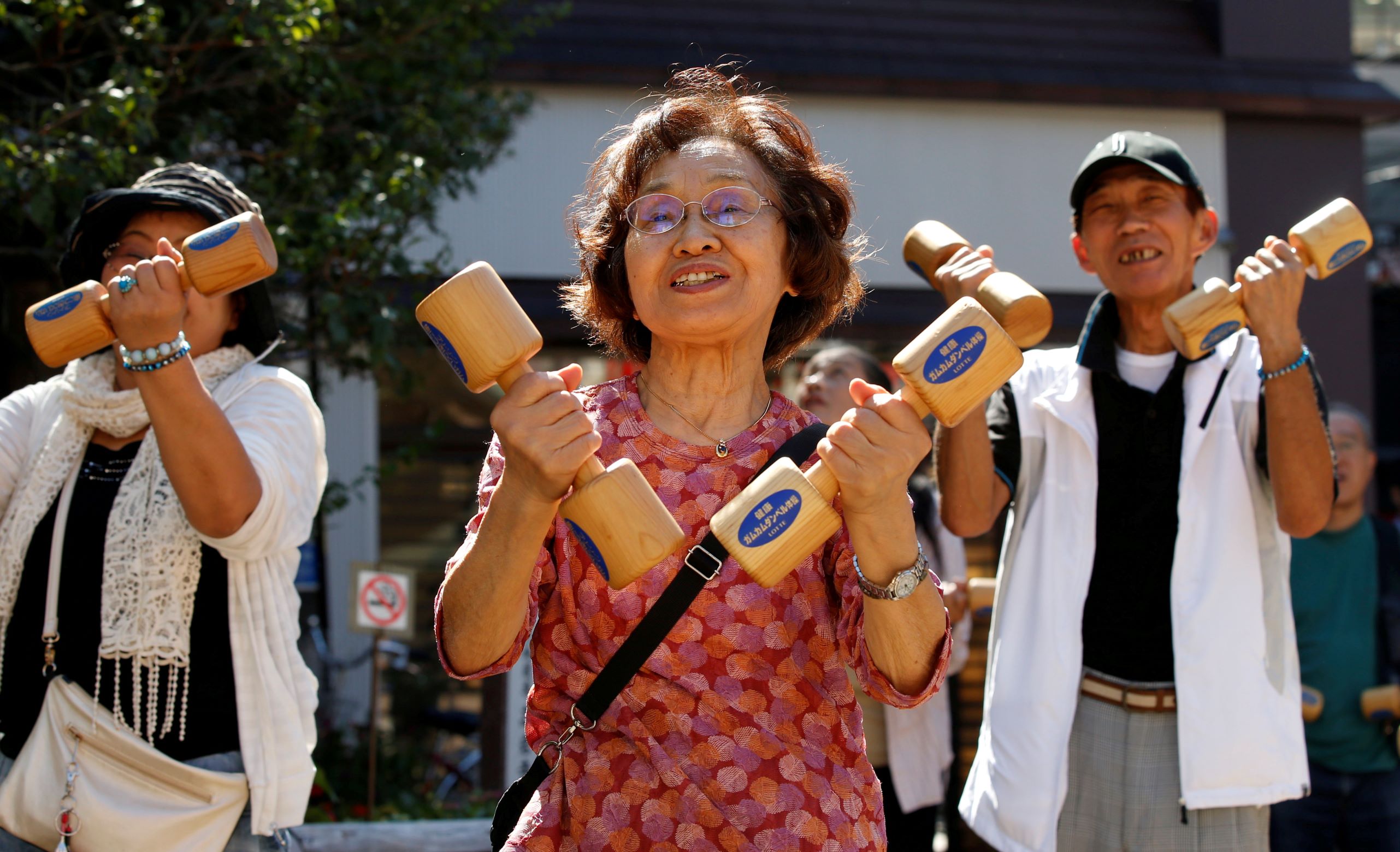 LONDON (Thomson Reuters Foundation) – The world is seeing the biggest wave of urban growth in history with the United Nations expecting almost 70% of people globally to be living in urban areas by 2050, up from 56% today.

The shift is creating significant challenges for cities around the world, from tackling worsening air pollution in New Delhi to keeping women safe on public transport in Harare.

Here are five modern-day pressures cities will face in 2020:

1. HOMELESSNESS IN LONDON – From London to San Francisco, rising rents and a shortage of affordable housing have fuelled the number of homeless people living on city streets.

In London alone, rough sleeping rose by 18% over the last year, hitting a decade high of 8,855 people – the majority of whom were new to bedding down in parks or doorways, according to official data released in June.

The government has pledged to deliver an additional 250,000 affordable homes by March 2022, while in December a global charity appeal saw more than 2,000 people sleep out on London’s iconic Trafalgar square to raise awareness of the problem.

2. SINGAPORE’S AGEING POPULATION – As people live longer, the World Health Organization predicts that one in five – 2 billion people – will be aged 60 or older by 2050, double that of 2015.

Singapore, the world’s second-fastest ageing society after South Korea, according to the United Nations (U.N.), is being seen as a test case on how to help greying citizens live well.

Through better urban design and friendlier public spaces – like allotment garden schemes – it aims to rekindle a sense of community and boost mental health.

3. WOMEN’S SAFETY ON TRANSPORT IN HARARE – Across Zimbabwe, rapid population growth has led to rising demand for public transport but that has come at the cost of women increasingly being harassed on buses and unlicensed taxis, according to police officials.

Many women do not report such incidents for fear of not being taken seriously, campaigners say.

In other African cities like Nairobi, women are setting up female taxi companies to ferry women safely around the city and avoid harassment on others forms of transport.

4. AIR POLLUTION IN NEW DELHI – New Delhi and other nearby cities in north India have been struggling with some of the worst air pollution levels on earth, prompting local governments to shut schools and declare health emergencies in November.

Emissions from power plants are one of the biggest causes of the chronic smog now seen in New Delhi and some other Indian cities.

Last month India’s federal pollution regulator warned local coal-fired plants that they could be shut down for failing to comply with deadlines to meet emissions standards.

5. FLOODING IN NEW ORLEANS – By 2050, more than 570 low-lying coastal cities will face projected sea level rises of at least 0.5 metres which could put over 800 million people at risk from storm surges and other impacts, the C40 Cities network estimates.

For example, the Louisiana city of New Orleans loses the equivalent of a football field to rising sea level every 100 minutes, according to its mayor LaToya Cantrell.

A project funded by the National Oceanic and Atmospheric Administration Wetlands aims to build up buffers such as wetlands near the city, to reduce the energy and surges of powerful storms like Hurricane Katrina, which devastated the area in 2005.