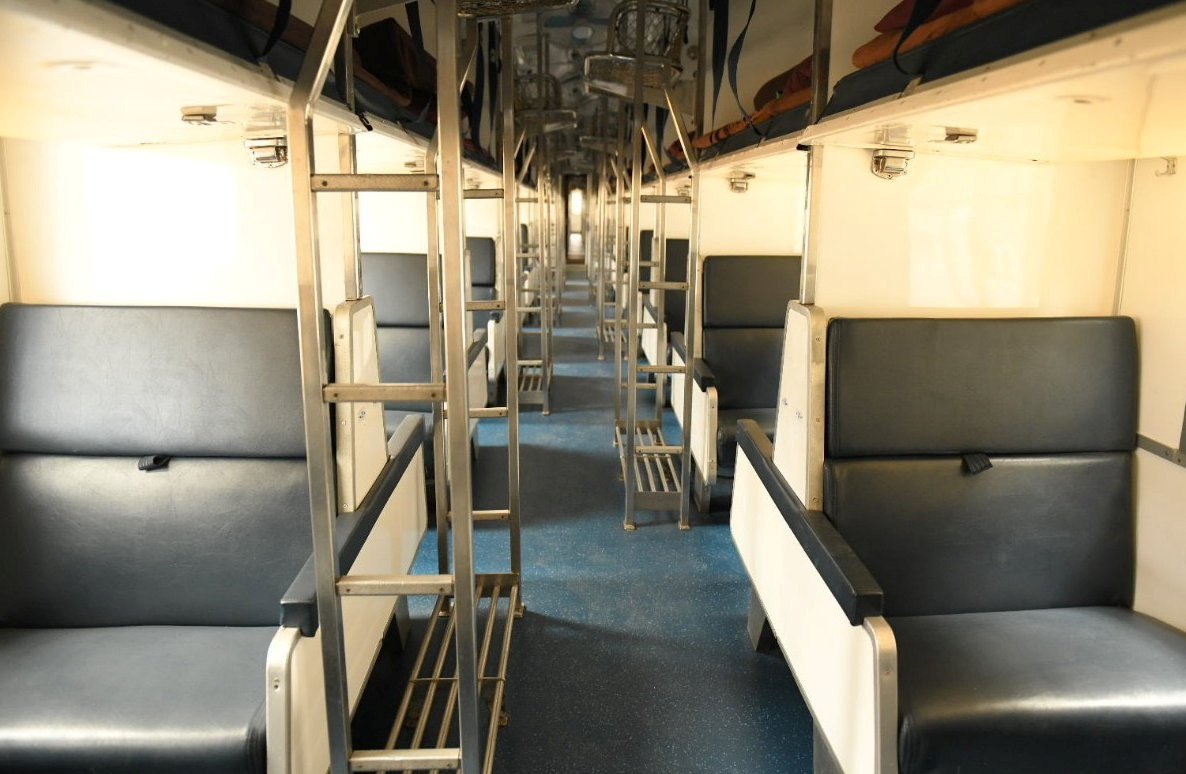 Thailand has been battling its biggest coronavirus outbreak since the pandemic began. The Southeast Asian country reported 14,150 new cases and 118 deaths on Tuesday, bringing the total number of reported cases to 526,828 and 4,264 deaths so far.

“Some modifications are still to be done such as removing the top bunk beds, installing window nets, as well as water and electricity systems,” the Bangkok Metropolitan Administration (BMA) said in a statement. “More toilets and bathrooms will be built outside the carriages.”

The surge in cases in Bangkok has put pressure on the city’s medical system, said the statement, which added that the BMA was seeking to increase the overall number of hospital beds available to COVID-19 patients in the city.

The makeshift train ward will serve as an isolation center for patients on hospital waiting lists and will be ready for use by July 30, the BMA said.

Authorities have faced public criticism over the pace of Thailand’s vaccination rollout, which has fallen behind some neighbors.

Thailand aims to inoculate 50 million people by the end of the year, but so far only 5.6% of its more than 66 million population are fully inoculated, while 18.9% have received at least one dose. 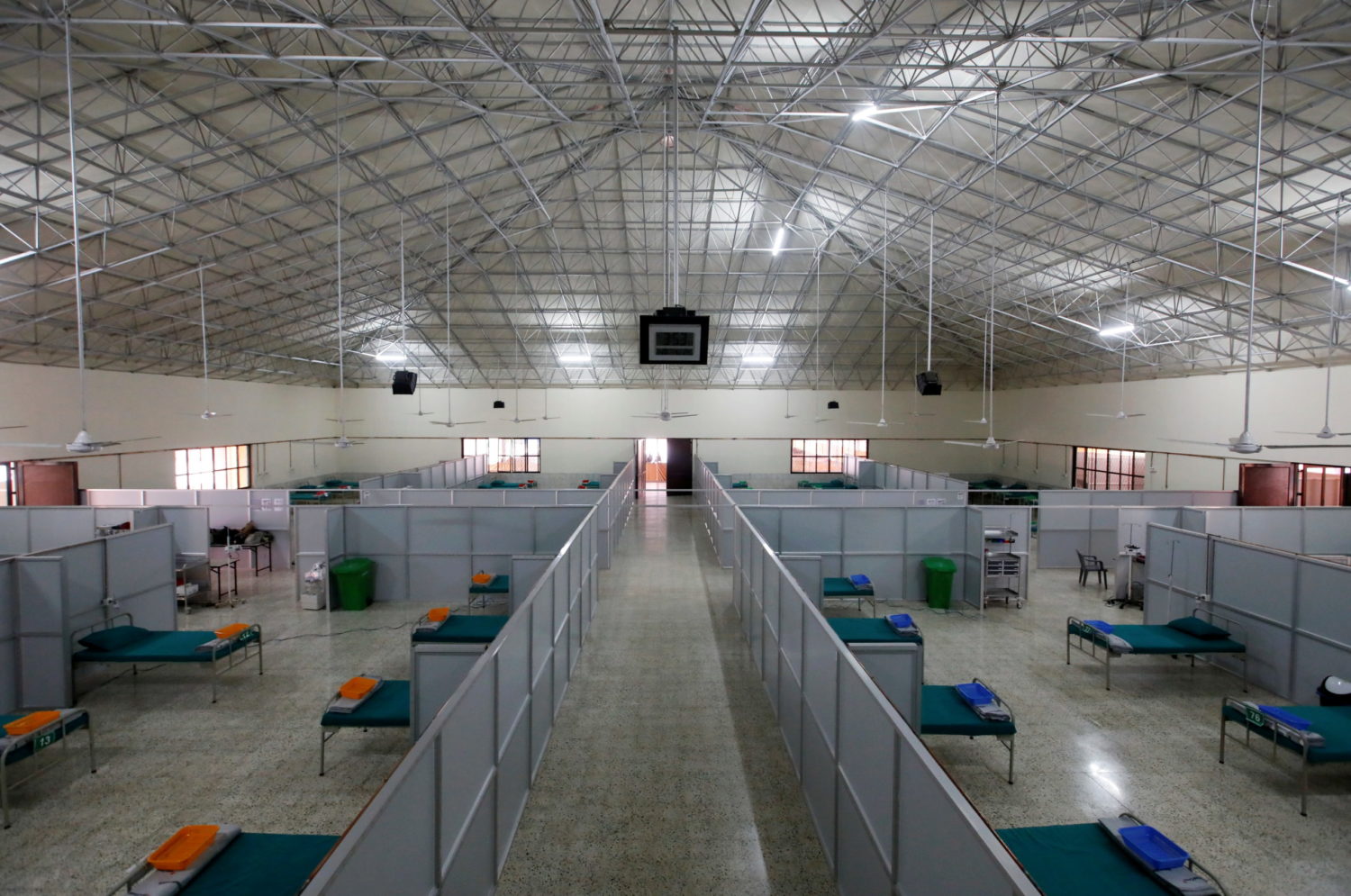 KATHMANDU (Reuters) – Nepal asked its hospitals on Friday to reserve beds for children for fear another surge in coronavirus infections will hit them hard, something officials in neighboring India are also preparing for.

The move came as the government approved for emergency use the COVID-19 vaccine made by Sinovac Biotech of China.

Prime Minister K.P. Sharma Oli’s government has been criticized by experts for its handling of the ongoing second wave in Nepal, which has led to an acute shortage of oxygen, hospital beds and medicines.

“Hospitals and medical institutions must set aside at least 20% of beds for children, who are likely to suffer the most in the potential third and fourth waves of coronavirus,” the Ministry of Health and Population said in a statement.

“Hospitals must also ensure the availability of enough oxygen.”

Daily infections in the Himalayan nation are hovering around 5,000 after hitting a peak of more than 9,000 in early May. Nepal had reported fewer than 100 daily cases in March. It has reported 581,560 infections in total and 7,731 deaths.

Donors have rushed aid including oxygen, protective gear, drugs and face masks to the country, which is also struggling to secure vaccines after neighboring India stopped exports to meet its local demand.

Santosh K.C., a spokesman for the Department of Drug Administration, said “conditional permission for the emergency use” had been given for the coronavirus vaccine (Corona Vac) made by Sinovac Biotech of China, the fifth shot to be approved by Nepal.

Earlier it had approved two Indian-made vaccines – AstraZeneca’s and COVAXIN – China’s Shinopharm and Russia’s Sputnik V for emergency use in the Himalayan nation.

Nepal has provided at least 3.1 million vaccinations to its people so far. 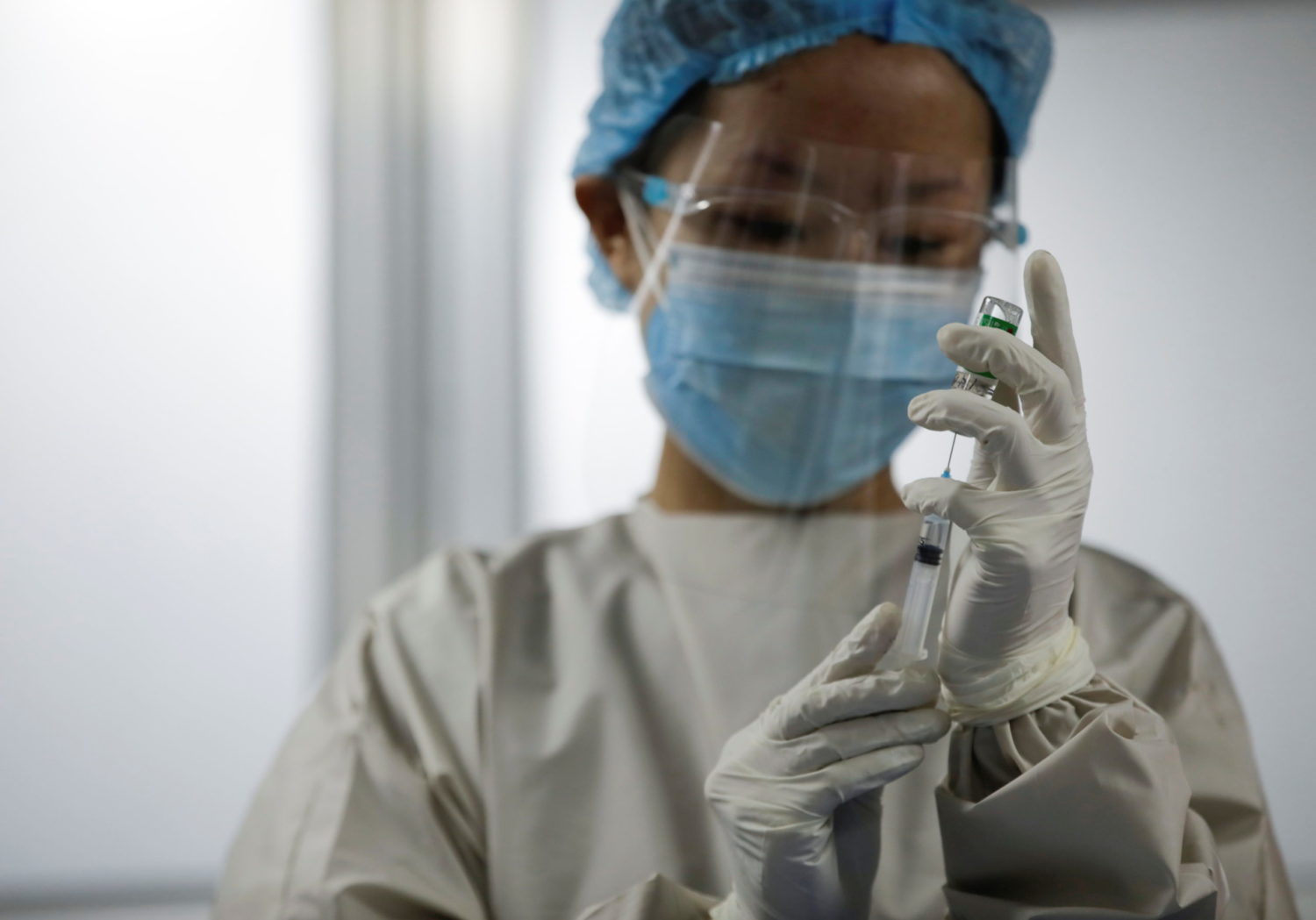 KATHMANDU (Reuters) – China will provide 1 million doses of a COVID-19 vaccine to Nepal, its ambassador said on Wednesday, as authorities in the Himalayan country scramble to secure shots amid a surge in infections that has overwhelmed its rickety health system.

The announcement was made during a telephone conversation between Chinese President Xi Jinping and his Nepali counterpart Bidya Devi Bhandari on Wednesday, China’s ambassador Hou Yanqi said in a Twitter post.

In March, China provided 800,000 doses of the Sinopharm COVID-19 vaccine to Nepal, which also received a million shots of the AstraZeneca vaccine as gift from India.

Nepal began its vaccination drive in January but the campaign has been suspended because of the lack of vaccines after New Delhi said it was unable to provide additional shots due to its domestic needs.

China and India jostle for influence in Nepal, a natural buffer between the Asian giants, and both have been giving away COVID-19 vaccines as part of a diplomatic push to strengthen ties with neighbors and countries further afield.

Neither Chinese ambassador Hou nor Nepal’s foreign minister, Pradeep Kumar Gyawali, gave a timeframe for delivery of the latest donation of vaccines.

Nepal has been hit by a sharp surge in COVID-19 cases since early April. The average daily rise in infections is now about 8,000, compared with fewer than 200 a day two months ago, leaving hospital beds, oxygen and medicines in short supply.

Nepal has also procured 1 million shots of vaccine in a commercial deal with the Serum Institute of India, in addition to 348,000 jabs it received under the COVAX initiative.

The country has administered at least 2,706,835 doses, enough to have vaccinated about 4.7% of the population.