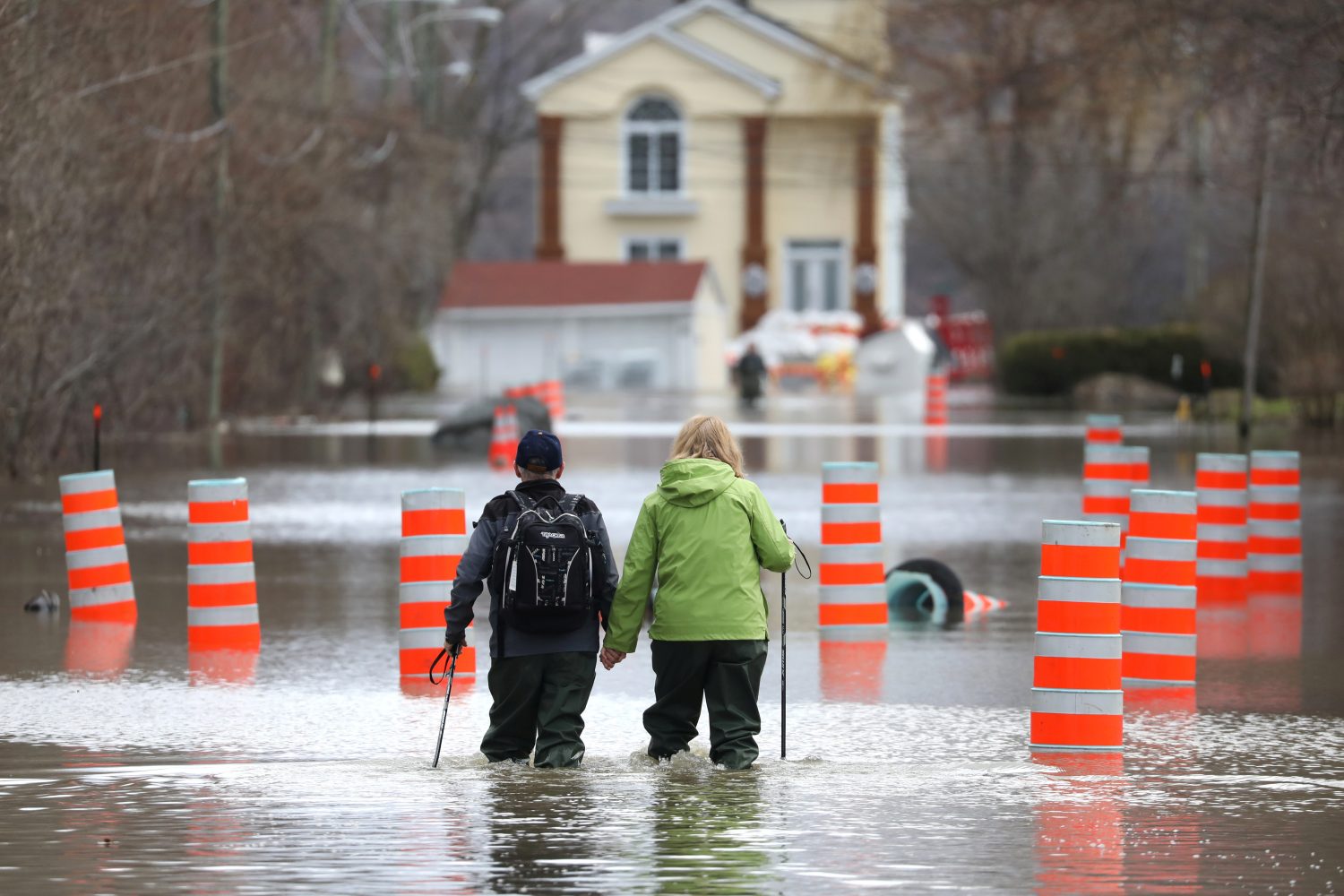 MONTREAL/OTTAWA (Reuters) – Rising waters were prompting further evacuations in central Canada on Thursday, with the mayor of the country’s capital, Ottawa, declaring a state of emergency and Quebec authorities warning that a hydroelectric dam was at risk of breaking.

Ottawa Mayor Jim Watson declared the emergency in response to rising water levels along the Ottawa River and weather forecasts that called for significant rainfall on Friday. 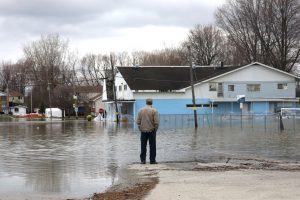 A man looks out at a flooded residential area in Gatineau, Quebec, Canada, April 24, 2019. REUTERS/Chris Wattie

In a statement on Twitter, Watson asked for help from the Ontario provincial government and the country’s military.

He warned that “flood levels are currently forecasted to exceed the levels that caused significant damage to numerous properties in the city of Ottawa in 2017.”

Spring flooding had killed one person and forced more than 900 people from their homes in Canada&rsquo;s Quebec province as of 1 p.m. on Thursday, according to a government website.

Ottawa has received 80 requests for service related to potential flooding such as sandbagging, a city spokeswoman said.

The prospect of more rain over the next 24 to 48 hours triggered concerns on Thursday that the hydroelectric dam at Bell Falls in the western part of Quebec could be at risk of failing because of rising water levels.

Quebec’s provincial police said 250 people were protectively removed from homes in the area as of late afternoon in case the dam on the Rouge River breaks.

“We have to take the worst-case scenario into consideration, since we`re already at the maximum capacity,” Labb&eacute; said by phone.

The dam is part of a power station that no longer produces electricity, but is regularly inspected by Hydro Quebec, he said.

(Reporting by Allison Lampert in Montreal and David Ljunggren and Julie Gordon in Ottawa; Editing by James Dalgleish and Peter Cooney)