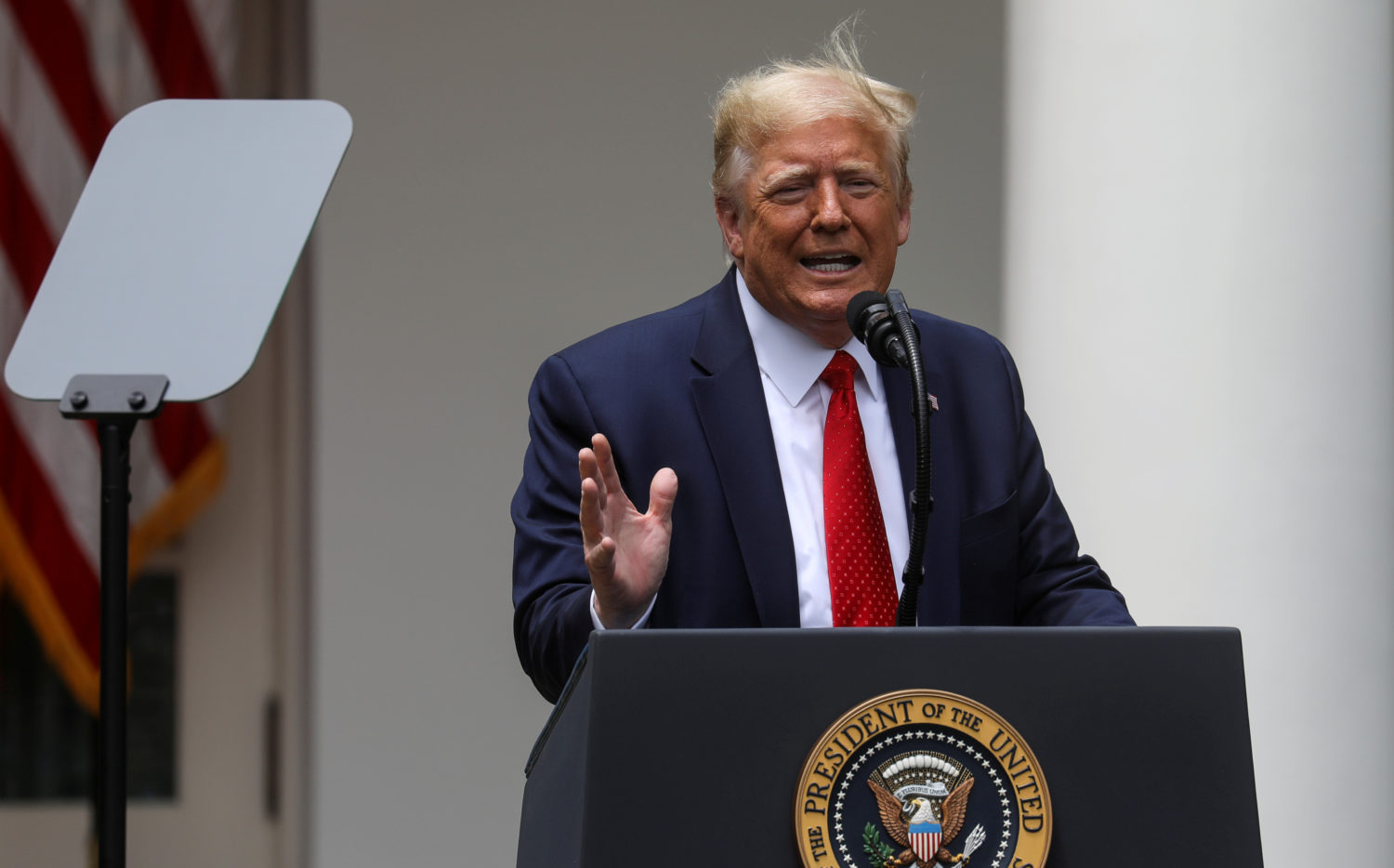 WASHINGTON (Reuters) – President Donald Trump on Friday said his administration will make a filing on “Dreamer” immigrants who are in the United States illegally but entered as children, without providing details, to address the Supreme Court’s ruling he broke federal procedure law in ending a program shielding them from deportation.

“The Supreme Court asked us to resubmit on DACA, nothing was lost or won. They ‘punted’, much like in a football game (where hopefully they would stand for our great American Flag). We will be submitting enhanced papers shortly in order to properly fulfil[l] the Supreme Court’s ruling & request of yesterday,” Trump wrote on Twitter, referring to the Deferred Action for Childhood Arrivals policy.

Trump did not explain what he meant by “enhanced papers.” The highest court in the country left the door open for Trump to attempt again to rescind the program, ruling only that the administration had not met a procedural requirement and its actions were “arbitrary and capricious” under a federal law called the Administrative Procedure Act.

Ken Cuccinelli, the Department of Homeland Security acting deputy secretary, on Friday said the department would “move as quickly as possible” to present Trump with various executive options he could take.

“That still leaves open the appropriate solution, which the Supreme Court mentioned, and that is that Congress step up to the plate,” he told Fox News in an interview shortly before Trump’s tweet. 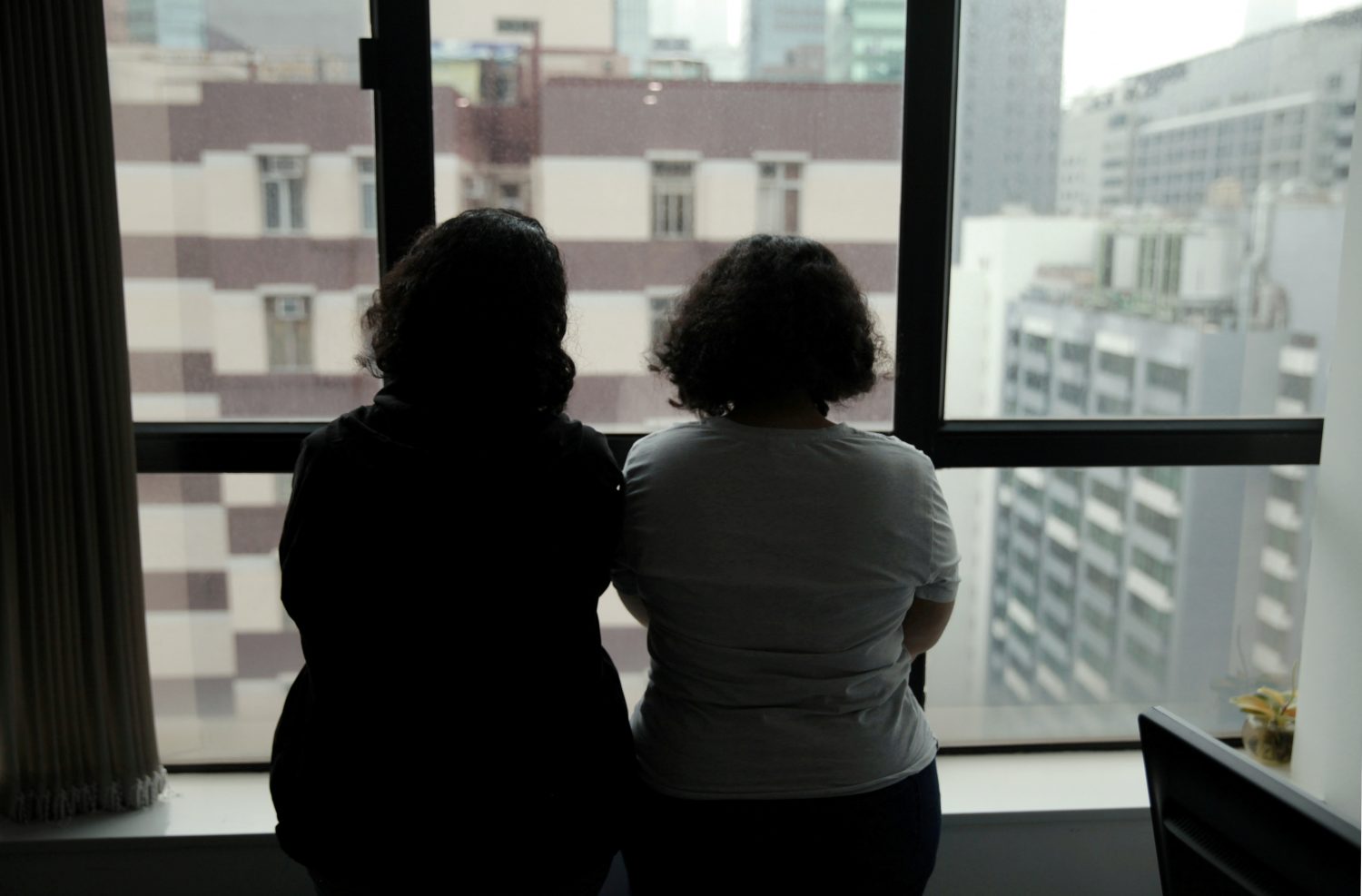 HONG KONG (Reuters) – Two sisters from Saudi Arabia who fled the conservative kingdom and have been hiding out in Hong Kong for nearly six months said they did so to escape beatings at the hands of their brothers and father.

The pair, who say they have renounced their Muslim faith, arrived in the Chinese territory from Sri Lanka in September. They say they were prevented from boarding a connecting flight to Australia and were intercepted at the airport by diplomats from Saudi Arabia.

Reuters could not independently verify their story.

Asked about the case, Hong Kong police said they had received a report from “two expatriate women” in September and were investigating, but did not elaborate.

The Saudi consulate in Hong Kong has not responded to repeated requests from Reuters for comment.

The case is the second high-profile example this year of Saudi women seeking to escape their country and spotlights the kingdom’s strict social rules, including a requirement that females seek permission from a male “guardian” to travel.

The sisters, aged 18 and 20, managed to leave Hong Kong airport but consular officials have since revoked their passports, leaving them stranded in the city for nearly six months, their lawyer, Michael Vidler, said.

Vidler, one of the leading activist lawyers in the territory, also confirmed the authenticity of a Twitter account written by the two women describing their plight.

On Saturday, dressed in jeans and wearing sneakers, the softly spoken women described what they said was a repressive and unhappy life at their home in the Saudi capital Riyadh. They said they had adopted the aliases Reem and Rawan, because they fear using their real names could lead to their being traced if granted asylum in a third country.

They posed for pictures but asked their features not be revealed.

Every decision had to be approved by the men in their house, from the clothes they wore to the hairstyle they chose – even the times when they woke and went to sleep, the sisters told Reuters.

“They were like my jailer, like my prison officer. I was like a prisoner,” said the younger sister, Rawan, referring to two brothers aged 24 and 25 as well as her father.

“It was basically modern day slavery. You can’t go out of the house unless someone is with us. Sometimes we will stay for months without even seeing the sun,” the elder sister, Reem, said.

In January, a Saudi woman made global headlines by barricading herself in a Bangkok airport hotel to avoid being sent home to her family. She was later granted asylum in Canada.

Reem and Rawan said their 10-year-old brother was also encouraged to beat them.

“They brainwashed him,” Rawan said, referring to her older brothers. Although he was only a child, she said she feared her younger brother would become like her older siblings.

The family includes two other sisters, aged five and 12. Reem said she and her sister feel terrible about leaving them, although they “hope their family will get a lesson from this and it might help to change their lives for the better.”

Reem and Rawan decided to escape while on a family holiday in Sri Lanka in September. They had secretly saved around $5,000 since 2016, some of it accumulated by scrimping on items they were given money to buy.

The timing of their escape was carefully planned to coincide with Rawan’s 18th birthday so she could apply for a visitor’s visa to Australia without her parents’ approval.

But what was supposed to be a two-hour stopover in Hong Kong has turned into nearly six months and the sisters are now living in fear that they will be forcibly returned to Saudi Arabia.

They have said they have renounced Islam – a crime punishable by death under the Saudi system of sharia, or Islamic law, although the punishment has not been carried out in recent memory.

The pair say they have changed locations 13 times in Hong Kong, living in hotels, shelters and with individuals who are helping, sometimes staying just one night in a place before moving on to ensure their safety.

Vidler said the Hong Kong Immigration Department told the women their Saudi passports had been invalidated and they could only stay in the city until February 28.

The department has said it does not comment on individual cases.

The sisters have applied for asylum in a third country which they declined to name in a bid keep the information from Saudi authorities and their family.

“We believe that we have the right to live like any other human being,” said Reem, who said she studied English literature in Riyadh and dreams of becoming a writer one day.

Asked what would happen on Feb 28, after which they can no longer legally stay in Hong Kong, the sisters said they had no idea.

“I hope this doesn’t last any longer,” Rawan said.