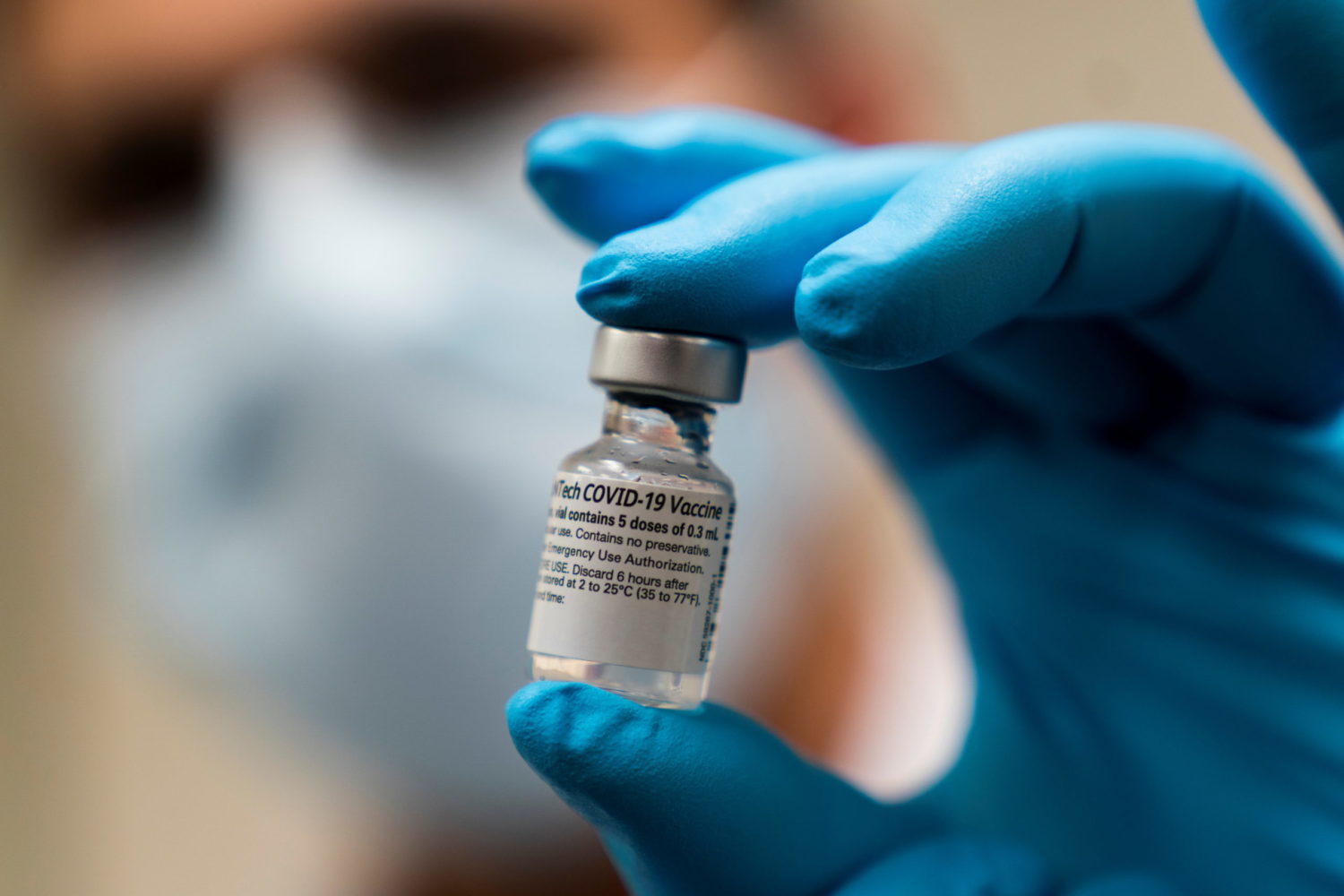 (Reuters) – The United States extended its rollout of the first authorized COVID-19 vaccine on Tuesday, inoculating healthcare workers with an eye toward convincing skeptical Americans to get their shots and contain a pandemic that has killed more than 300,000 people.

By day’s end, vaccine shipments had made it to nearly all of the 145 U.S. distribution sites pre-selected to receive the initial batch of doses, with a number of major hospital systems launching immunizations immediately.

The Pfizer vaccine requires two doses three weeks apart, as does the Moderna vaccine that could also receive emergency-use authorization this week.

In one of many made-for-TV injections, New York City intensive care nurse Sandra Lindsay received the first shot in the arm, saying “healing is coming” and that, “I want to instill public confidence that the vaccine is safe.”

But just as large numbers of Americans have called the pandemic a hoax and rejected public health guidelines to wear face masks and avoid crowds, only 61% of respondents in a recent Reuters/Ipsos poll said they were open to getting vaccinated.

“The communication of public health is the No. 1 issue,” Dr. Rob Davidson, an emergency room physician in Michigan and director of the Committee to Protect Medicare, told MSNBC television on Tuesday.

“We’re really hopeful in this next phase that we can all come together with one voice to convince people this is important,” Davidson said.

COVID-19 has killed 301,085 people in the United States and infected 16.5 million, overwhelming the healthcare system with a record 110,163 patients hospitalized as of Monday, according to a Reuters tally of official data.

The pandemic has also inflicted economic pain as states and localities imposed stay-at-home orders and closed businesses, putting millions out of work.

The U.S. Congress on Monday inched toward passing the first COVID-19 relief bill since April, possibly extending aid to the unemployed, small businesses, and vaccine distribution. The COVID-19 aid could be attached to a critical spending measure that must be passed by Friday to avoid a federal government shutdown.

The process of shipping the first 2.9 million doses of vaccine began on Sunday, 11 months after the United States documented its first case of COVID-19.

Moncef Slaoui, top adviser to the U.S. government’s Operation Warp Speed vaccine program, has said the plan is to have about 40 million vaccine doses from Pfizer and Moderna – enough for 20 million people – distributed by year’s end.

It will take months before vaccines become widely available to the public at large.

“This is the most difficult vaccine rollout in history,” U.S. Surgeon General Jerome Adams told Fox News on Monday. 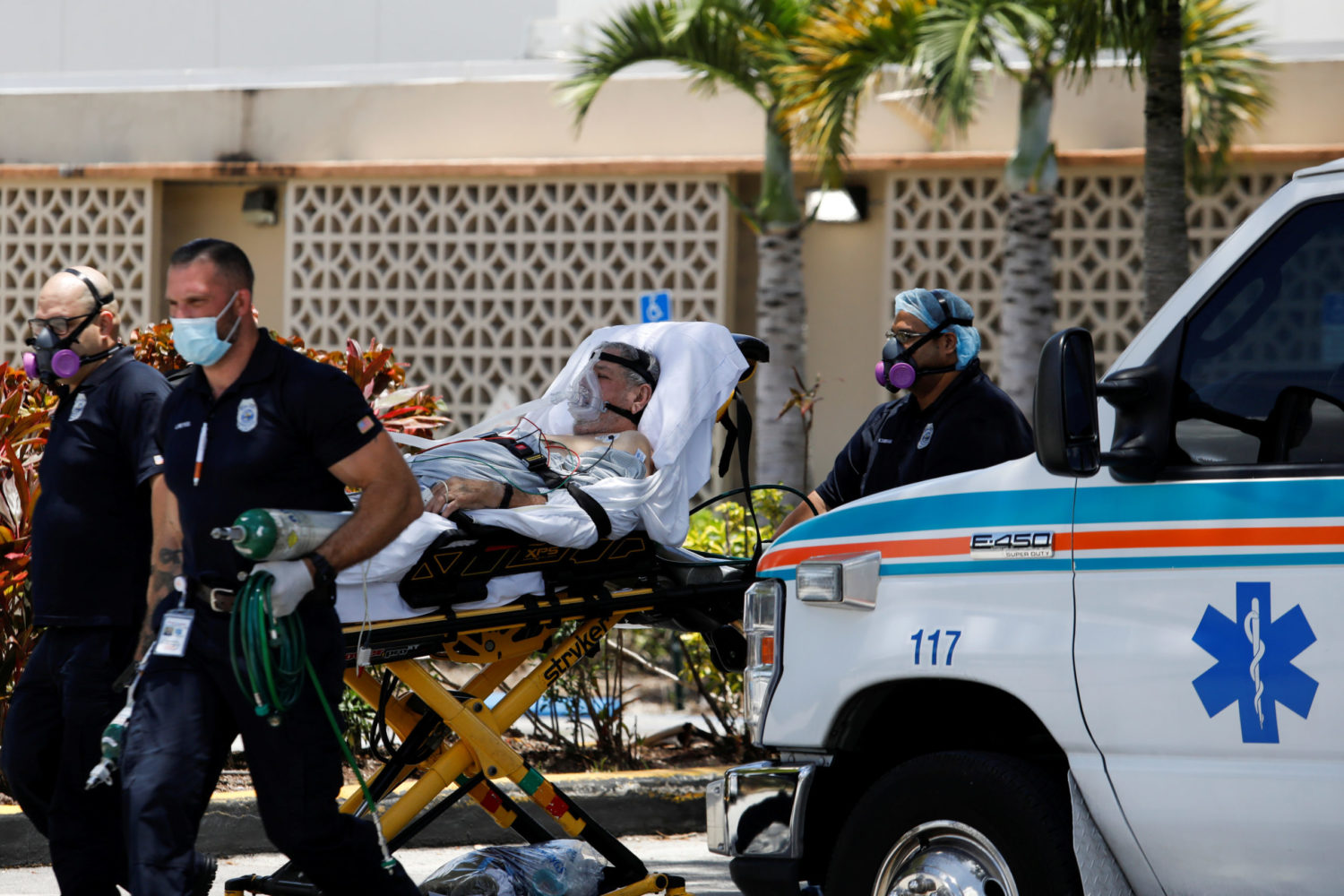 GENEVA (Reuters) – More than 90% of countries have seen ordinary health services disrupted by the COVID-19 pandemic, with major gains in medical care attained over decades vulnerable to being wiped out in a short period, a World Health Organization survey showed.

The Geneva-based body has frequently warned about other life-saving programs being impacted by the pandemic and has sent countries mitigation advice, but the survey yielded the first WHO data so far on the scale of disruptions.

“The impact of the COVID-19 pandemic on essential health services is a source of great concern,” said a report on the study released on Monday. “Major health gains achieved over the past two decades can be wiped out in a short period of time…”

The survey includes responses from between May and July from more than 100 countries. Among the most affected services were routine immunizations (70%), family planning (68%) and cancer diagnosis and treatment (55%), while emergency services were disturbed in almost a quarter of responding countries.

The Eastern Mediterranean Region, which includes Afghanistan, Syria and Yemen, was most affected followed by the African and Southeast Asian regions, it showed. The Americas was not part of the survey.

Since COVID-19 cases were first identified in December last year, the virus is thought to have killed nearly 850,000 people, the latest Reuters tally showed.

Researchers think that non-COVID deaths have also increased in some places due partly to health service disruptions, although these may be harder to calculate.

The WHO survey said it was “reasonable to anticipate that even a modest disruption in essential health services could lead to an increase in morbidity and mortality from causes other than COVID-19 in the short to medium and long-term.” Further research was needed.

It also warned that the disruptions could be felt even after the pandemic ends. “The impact may be felt beyond the immediate pandemic as, in trying to catch up on services, countries may find that resources are overwhelmed.” 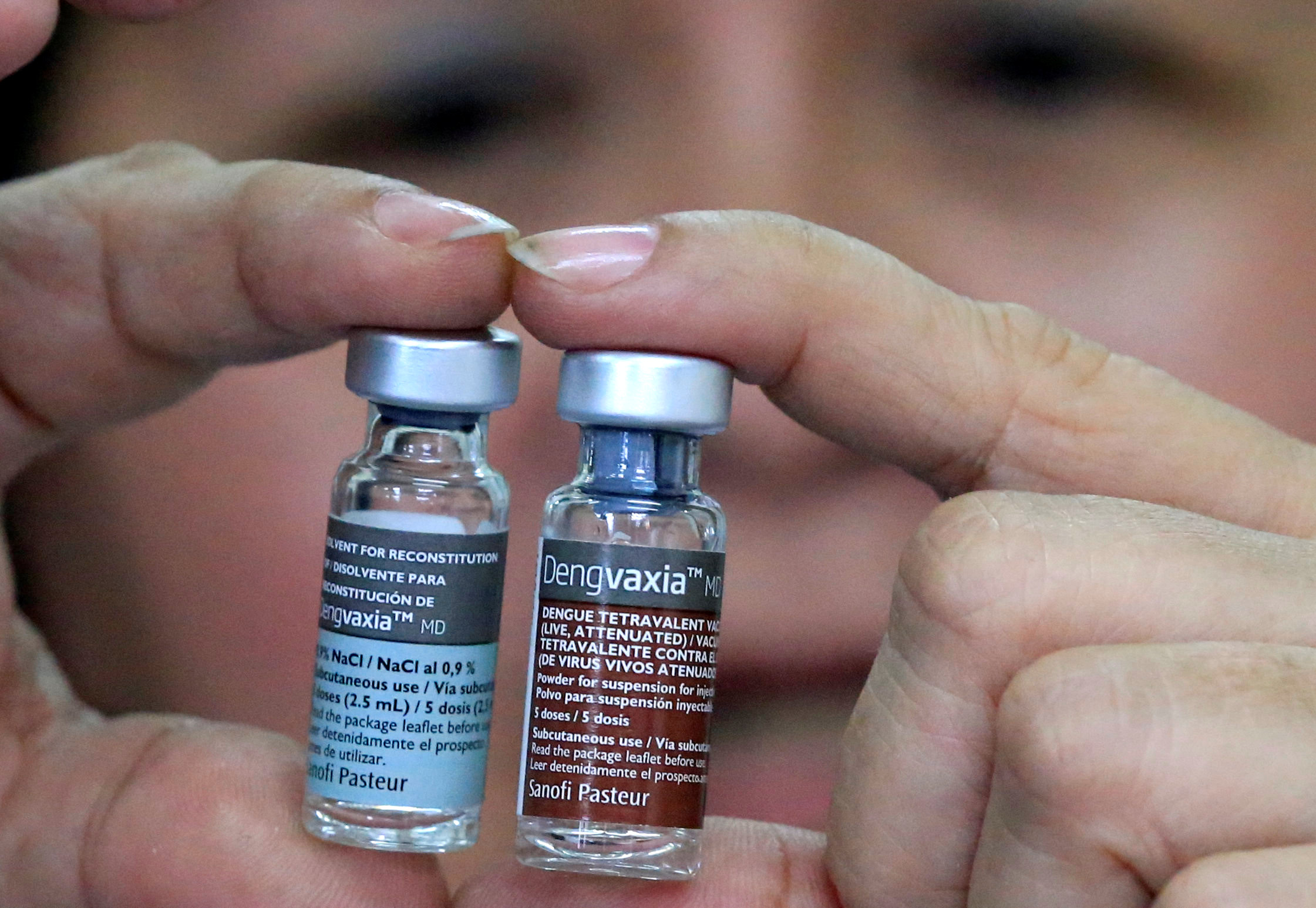 MANILA (Reuters) – The Philippines ordered an investigation on Monday into the immunization of more than 730,000 children with a vaccine for dengue that has been suspended following an announcement by French drug company Sanofi  that it could worsen the disease in some cases.

The World Health Organization said it hoped to conduct a full review by year-end of data on the vaccine, commercially known as Dengvaxia. In the meantime, the WHO recommended that it only be used in people who had a prior infection with dengue.

The government of Brazil, where dengue is a significant health challenge, confirmed it already had recommended restricted use of the vaccine but had not suspended it entirely.

Amid mounting public concern, Sanofi explained its “new findings” at a news conference in Manila but did not say why action was not taken after a WHO report in mid-2016 that identified the risk it was now flagging.

A non-governmental organization (NGO) said it had received information that three children who were vaccinated with Dengvaxia in the Philippines had died and a senator said he was aware of two cases.

However, Department of Health Undersecretary Gerardo Bayugo told Reuters the three referred to by the NGO died due to causes not related to the vaccine and Sanofi said no deaths had been reported as a result of the program.

“As far as we know, as far as we are made aware, there are no reported deaths that are related to dengue vaccination,” said Ruby Dizon, medical director at Sanofi Pasteur Philippines.

Last week, the Philippines Department of Health halted the use of Dengvaxia after Sanofi said it must be strictly limited due to evidence it can worsen the disease in people not previously exposed to the infection.

In a statement, Sanofi said the long-term safety evaluation of the vaccines showed significantly fewer hospitalizations due to dengue in vaccinated people over 9 years old compared with those who had not been vaccinated.

Nearly 734,000 children aged 9 and over in the Philippines have received one dose of the vaccine as part of a program that cost 3.5 billion pesos ($69.54 million).

The Department of Justice on Monday ordered the National Bureau of Investigation to look into “the alleged danger to public health … and if evidence so warrants, to file appropriate charges thereon.”

There was no indication that Philippines health officials knew of any risks when they administered the vaccination.

However, the WHO said in a July 2016 research paper that “vaccination may be ineffective or may theoretically even increase the future risk of hospitalized or severe dengue illness in those who are seronegative at the time of first vaccination regardless of age.”

Singapore’s Health Sciences Authority said last week that it flagged risks when Dengvaxia was approved there in October 2016, and was working with Sanofi to strengthen risk warnings on the drug’s packaging.

According to Sanofi in Manila, 19 licences were granted for Dengvaxia, and it was launched in 11 countries, two of which – the Philippines and Brazil – had public vaccination programs.

Brazil’s healthcare regulator Anvisa said in a statement that it now recommends that people who have never been infected with dengue not take the vaccine, which was approved for use in Brazil at the end of 2015.

It was not known whether many people have taken the vaccine, if it was part of any government immunization program or if any illnesses or deaths linked to the drug have been reported to the government.

Anvisa did not immediately respond to a request for comment, nor did the Health Ministry.

A spokesman for Sanofi in Paris was not immediately available for comment. “A SHAMELESS SCAM” A spokesman for Philippines President Rodrigo Duterte said on Sunday the government would hold to account those responsible for the program.

Former Health Secretary Janette Garin, who implemented the program under the administration of then-President Benigno Aquino, said she welcomed the investigation.

“In the event that there will be authorities who will point culpability to me, I am ready to face the consequences,” she told ANC TV. “We implemented it in accordance with WHO guidance and recommendations.”

Presidential spokesman Harry Roque said there had been no reported case of severe dengue infection since the vaccine was administered and urged the public “not to spread information that may cause undue alarm.”

Volunteers Against Crime and Corruption, an NGO, said it was checking a report that three children on the northern island of Luzon had died since being vaccinated in April 2016 but the Department of Health said the deaths were not due to Dengvaxia.

“When we evaluated the clinical records, it was not related to the dengue vaccination,” Bayugo said.

A prominent senator, Richard Gordon, told Reuters he was aware of two deaths – but gave no details – and said approval and procurement for the program was done with “undue haste.”

Dengue is a mosquito-borne tropical disease. Although it is not as serious as malaria, it is spreading rapidly in many parts of the world, killing about 20,000 people a year and infecting hundreds of millions.

While Sanofi’s Dengvaxia is the first-ever approved vaccine for dengue, scientists already recognized it was not perfect and did not protect equally against the four different types of the virus in clinical tests.

A new analysis from six years of clinical data showed Dengvaxia vaccine provides persistent protective benefit against dengue fever in those who had prior infection.

But for those not previously infected by the virus, more cases of severe disease could occur in the long term following vaccination, Sanofi said.

(Additional reporting by Karen Lema in Manila, John Geddie in Singapore and Brad Brooks in Sao Paulo and Anthony Boadle in Brasilia; Writing by John Chalmers; Editing by Raju Gopalakrishnan and Bill Trott)