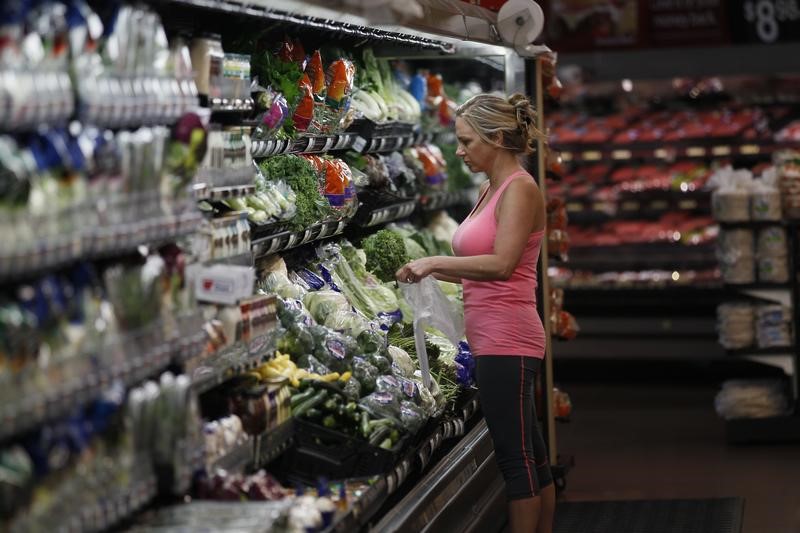 The Commerce Department said on Friday consumer spending, which accounts for more than two-thirds of U.S. economic activity, edged up 0.1 percent. That was the smallest gain since August and followed an unrevised 0.2 percent rise in January.

Economists had expected a 0.2 percent increase.

The government delayed the issuing of tax refunds this year as part of efforts to combat fraud. Spending last month was held back by a 0.1 percent dip in purchases of big-ticket items like automobiles. While unseasonably warm weather reduced households’ heating bills, it restricted spending last month.

Despite signs of moderate growth, the Federal Reserve is expected to raise interest rates at least twice more this year. The U.S. central bank raised its benchmark overnight interest rates by a quarter of a percentage point this month.

Prices for U.S. Treasuries fell on the data, while the dollar was little changed against a basket of currencies. U.S. stock index futures were slightly lower.

With consumer confidence at 16-year highs and labor market tightness pushing up wage growth, the moderation in spending is likely to be temporary. Even with economic growth slowing at the start of the year, inflation is rising.

The core PCE is the Federal Reserve’s preferred inflation measure and is running below its 2 percent target. Inflation is now in the upper end of the range that Fed officials in March felt would be reached this year.

That suggests a sharp deceleration in the pace of consumer spending after a robust 3.5 percent growth rate in the fourth quarter.

Income at the disposal of households after accounting for inflation increased 0.2 percent after dipping 0.1 percent in January. Savings rose to a five-month high of $808.0 billion from $770.9 billion in January.