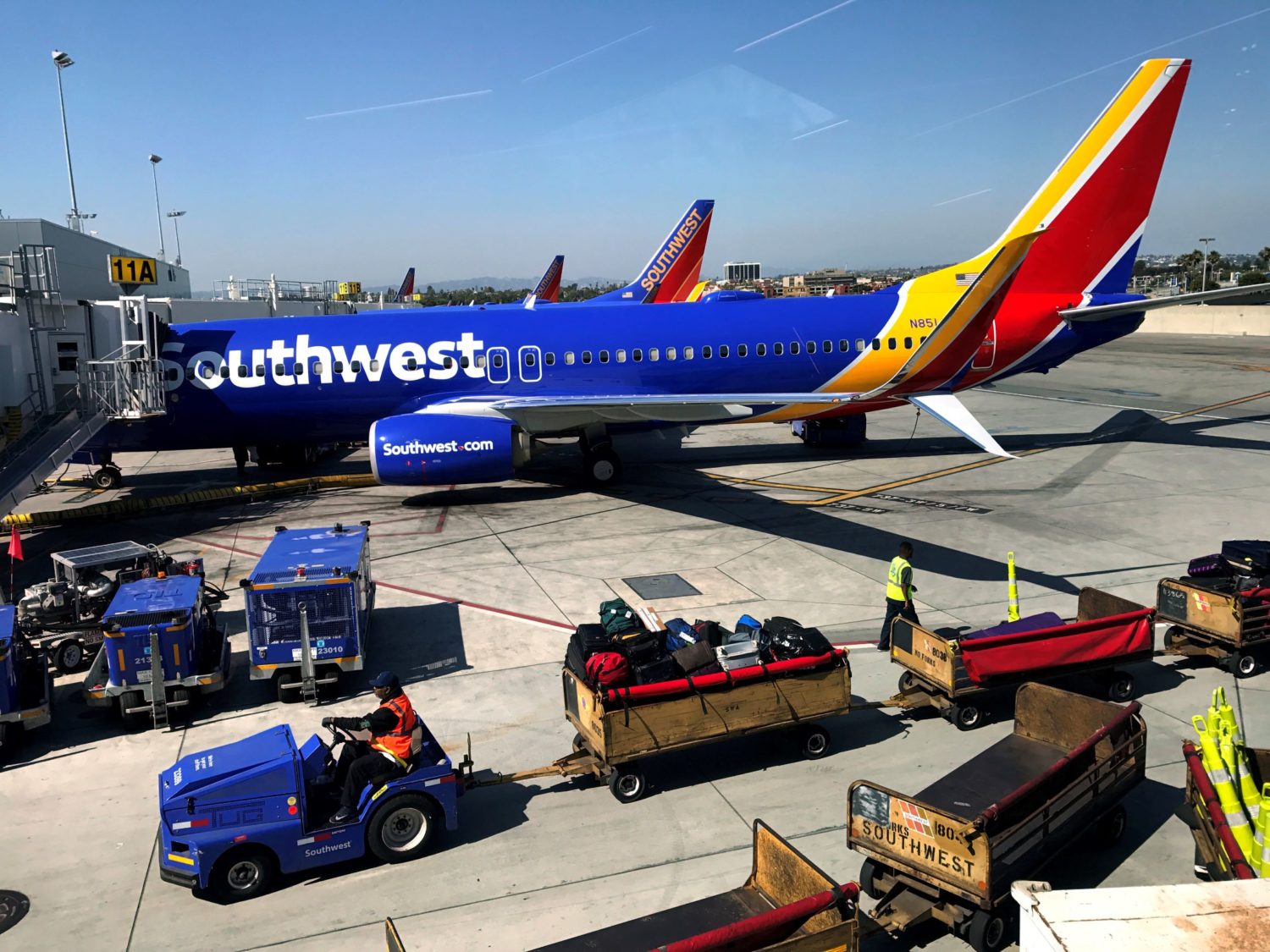 (Reuters) – A federal judge on Thursday rejected Southwest Airlines Co’s bid to dismiss a discrimination lawsuit by an American of Iraqi descent who was removed from a 2016 flight after another passenger heard him speak in Arabic and feared he might be a terrorist.

U.S. Magistrate Judge Donna Ryu in Oakland, California, said Khairuldeen Makhzoomi could try to show that “Islamophobia,” coming amid a “sensitive political climate,” was a factor behind his removal, and that Southwest’s claim he was removed because he appeared to make threats was pretextual.

Ryu said Makhzoomi could seek damages from Southwest for alleged violations of federal and California civil rights laws, but dismissed claims of negligence and intentional infliction of emotional distress.

The Dallas-based carrier had argued there was “at most a scintilla of evidence” suggesting racial animus, and said its employees acted reasonably in considering Makhzoomi a possible safety threat.

“The case is moving forward, and we look forward to trial,” said Zahra Billoo, a lawyer for Makhzoomi. A trial is scheduled for Feb. 3, 2020.

The incident occurred on an April 6, 2016, Southwest flight awaiting takeoff to Oakland from Los Angeles.

Makhzoomi, then a 26-year-old public policy student at the University of California, Berkeley, had been talking with his uncle by cellphone after attending a dinner featuring United Nations Secretary General Ban Ki-moon.

Two police officers and Southwest customer service manager Shoaib Ahmed removed Makhzoomi from the plane after a woman who had been seated nearby became agitated, and reported having heard him use words associated with suicide martyrdom.

“I would say the fact that ‘American’ was said next to it, and I’m on a plane, I wasn’t sure what to make of it,” the woman, her name shielded by a pseudonym, said in a deposition.

Makhzoomi, a U.S. citizen who arrived in the country as an Iraqi refugee, denied making threatening statements, and denied Ahmed’s claim that he had used the words bomb, ISIS, jihad and martyrdom on the plane.

Makhzoomi was questioned by local law enforcement and the FBI before flying home on Delta Air Lines , after Southwest decided not to rebook him and instead refunded his ticket, court papers show. 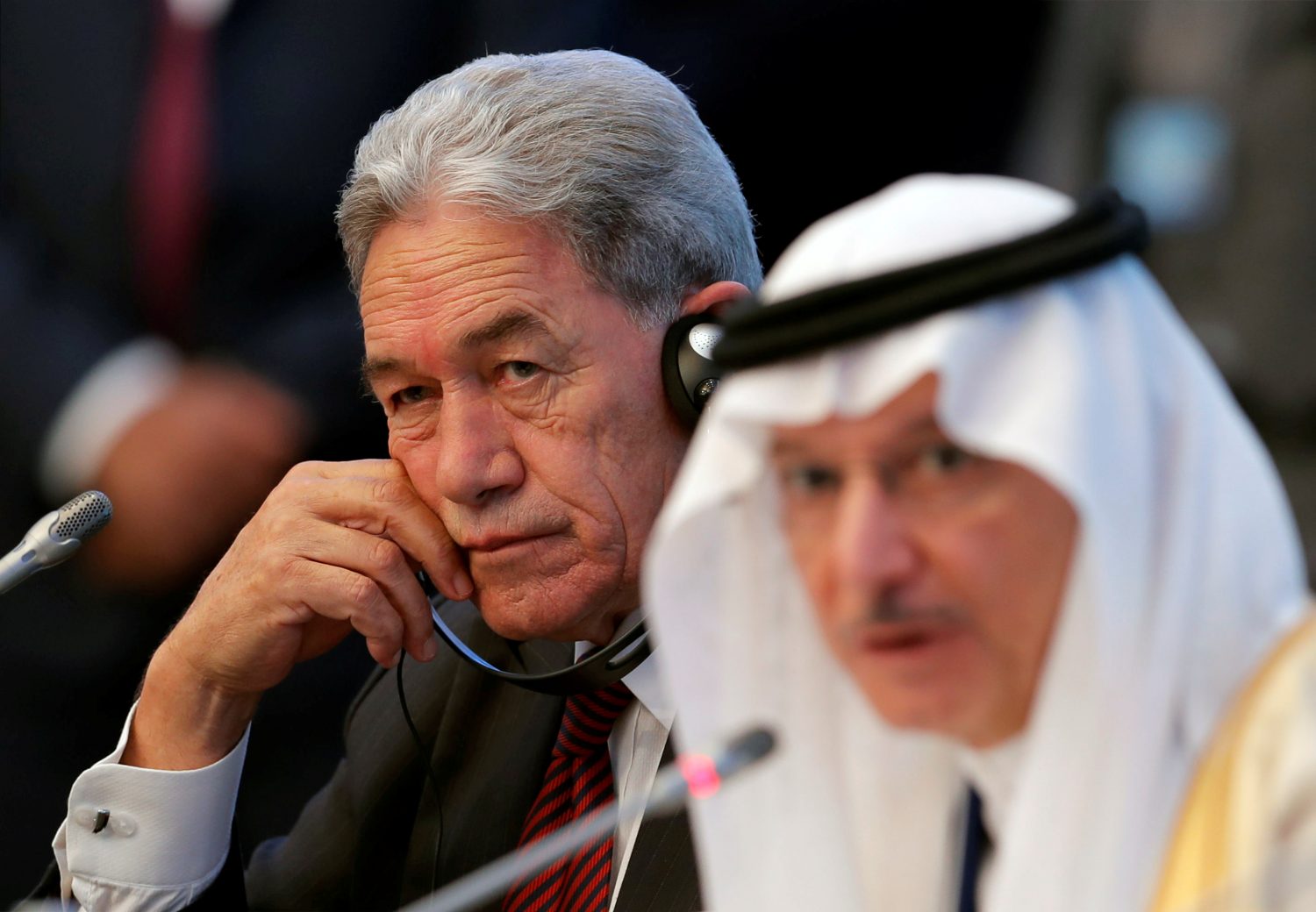 By Sarah Dadouch and Bulent Usta

New Zealand Foreign Minister Winston Peters arrived in Istanbul on Friday to talk to Erdogan about the footage and comments he has made on the shooting of 50 people at mosques in Christchurch a week ago, which have drawn condemnation from New Zealand and Australia.

But Peters emerged from a brief meeting with Erdogan and struck a conciliatory tone, saying that he had not raised at the meeting some of the most controversial comments the Turkish leader has made at rallies.

He also said that he had not asked Erdogan to stop showing the videos.

“I did not ask that question because I felt that I did not have to ask it, because they are not doing that anymore,” Peters told reporters after attending a meeting of the Organisation of Islamic Cooperation (OIC).

Two hours later, however, Erdogan paused his speech at an election rally in the central province of Konya so that the audience could watch the video footage of the shootings that the alleged gunman had broadcast on Facebook on March 15.

The video, which governments and social media sites have attempted to take down since the incident, was blurred but the gun shots were heard.

Erdogan is seeking to drum up support for his Islamist-rooted AK Party in March 31 local elections. He has shown different versions of the video about a dozen times throughout the week, including on Thursday.

“The New Zealand deputy Prime Minister came with a delegation and we had a chance to talk before coming here. We discussed and agreed upon what we should do,” Erdogan told supporters in Konya without elaborating.

The massacre in New Zealand was carried out by a lone gunman at two mosques. Australian Brenton Tarrant, 28, a suspected white supremacist, has been charged with one murder following the attack and is likely to face more charges.

In rallies across Turkey, Erdogan has since called on New Zealand to restore the death penalty and said Turkey would make the suspected attacker pay if that country did not. Referring to a “manifesto” posted online by the attacker, he said Turkey will return “in coffins” anyone who tried to take the battle to Istanbul.

Peters told reporters he had not addressed these comments with Erdogan because he did not think it would serve a “long-term peaceful purpose,” adding that he had received assurances regarding the safety of New Zealanders visiting Turkey.

In an address to leaders of Muslim countries attending the OIC meeting, including Iranian foreign minister Mohammad Javad Zarif and Saudi Arabia’s ambassador to Turkey, Peters defended New Zealand’s response to the shooting and said the perpetrator would spend his life in prison.

“This person will face the full force of New Zealand law, and will spend the rest of his life in isolation in a New Zealand prison,” Peters said, adding later that “misinterpretations” in the days following the shooting had been cleared up following his meeting with Erdogan and the OIC.

Before leaving Istanbul to attend the election rally, Erdogan told the OIC that the empathy and reaction displayed by New Zealand Prime Minister Jacinda Ardern since the incident “should be an example to world leaders.”

Earlier on Friday, Ardern said Peters had gone to Turkey to “set the record straight” amid the diplomatic row.

Earlier in the week, Australian Prime Minister Scott Morrison called Erdogan’s comments “deeply offensive,” though on Thursday he said progress had been made and “we’ve already seen the moderation of the president’s views.”

No other heads of state or government attended the gathering of the OIC, which groups together Muslim countries to protect the interests of the Muslim world. It met on Friday to discuss Islamophobia and the New Zealand shooting.

Relations have generally been good between Turkey, New Zealand and Australia, with thousands traveling to Turkey each year to commemorate soldiers in the ANZAC army corps who died at Gallipoli just over a century ago.

“We are returning home to New Zealand with a grateful assurance that our people who come here to commemorate ANZAC will be as welcome as they always were,” Peters said.