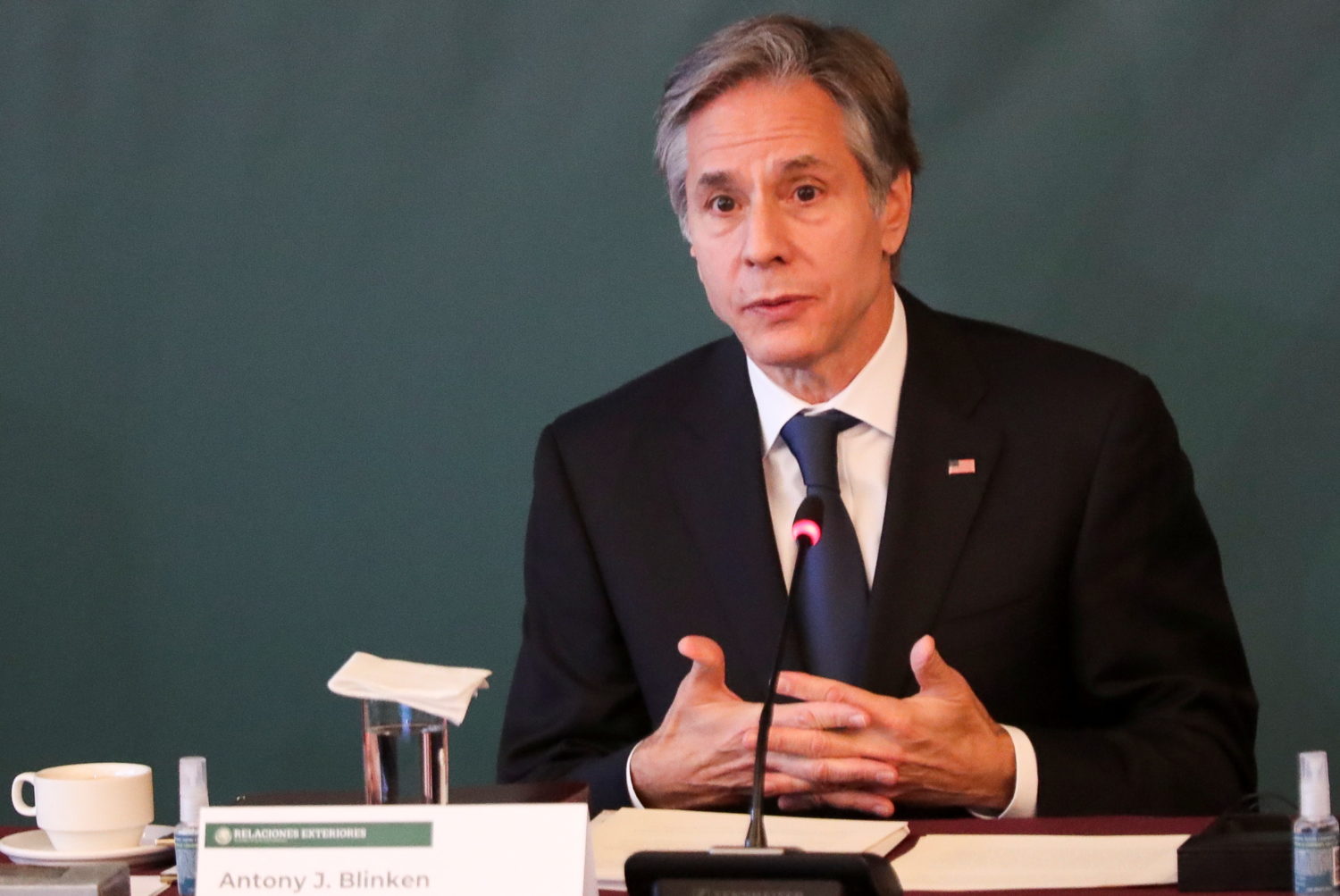 WASHINGTON (Reuters) – U.S. Secretary of State Antony Blinken said on Wednesday the Biden administration intends to press ahead with its plan to reopen the Jerusalem consulate that traditionally engaged with Palestinians, despite Israeli opposition to such a move.

Blinken reiterated a pledge he originally made months ago on re-establishing the consulate, which had long been a base for diplomatic outreach to the Palestinians before it was closed by President Joe Biden’s predecessor, Donald Trump, in 2018.

“We’ll be moving forward with the process of opening a consulate as part of deepening of those ties with the Palestinians,” Blinken said at the State Department.

The Biden administration has sought to repair relations with the Palestinians that were badly damaged under Trump.

The consulate was subsumed into the U.S. Embassy that was moved to Jerusalem from Tel Aviv in 2018 by Trump – a reversal of longtime U.S. policy hailed by Israel and condemned by Palestinians.

The Biden administration says it will reopen the consulate while leaving the embassy in place.

Israel regards all of Jerusalem as its capital. Palestinians want East Jerusalem, captured by Israel in a 1967 war along with the West Bank and Gaza Strip, as capital of the state they seek.

Blinken spoke in response to a reporter’s question after a trilateral meeting that marked the latest sign of the Biden administration’s embrace of the so-called Abraham Accords, which were widely seen as a diplomatic success for Trump.

The UAE was the first of four Arab states that moved late last year to normalize relations with Israel after decades of enmity. Bahrain, Sudan and Morocco soon followed suit.

Palestinian officials said they felt betrayed by their Arab brethren for reaching deals with Israel without first demanding progress toward the creation of a Palestinian state.

Some critics said Trump had promoted Arab rapprochement with Israel while ignoring Palestinian aspirations for statehood.

Biden administration officials have said the Abraham Accords are no substitute for a two-state solution between Israelis and Palestinians, a principle of U.S. policy that the Democratic president has returned to after Trump moved away from it.

But U.S. officials have said the conditions are not right to press for a resumption of Israeli-Palestinian peace talks, which collapsed in 2014. Washington has been reluctant to take any action that could weaken an Israeli government it considers more cooperative than the one led by Benjamin Netanyahu, which was unseated in June.

Reopening the consulate, however, would ignite tensions between Washington and its close Middle East ally.

Israel has said it would oppose the move, asserting its sovereignty over Jerusalem and arguing that far-right Prime Minister Naftali Bennett’s government would be destabilized by the reintroduction of a diplomatic foothold for the Palestinians in the city.

Blinken expressed hope that normalization between Israel and Arab states would be a “force for progress” between Israelis and Palestinians, reaffirmed support for a two-state solution and said both sides “equally deserve to live safely and securely.”

Bin Zayed echoed Lapid in praising the ties their countries have forged and said he would visit Israel soon. But he also insisted that there could only be peace in the region if the Israelis and Palestinians are on “talking terms.”

In a nod to the Palestinians, Lapid said they, like all people, were “entitled to a decent way of life” and Israel’s goal was to work with the Palestinian Authority on that issue. But he offered no specifics.

Lapid, a centrist, reached a power-sharing deal with Bennett that ended Netanyahu’s 12-year run as prime minister. Under the coalition deal, Lapid will replace Bennett as prime minister in 2023.