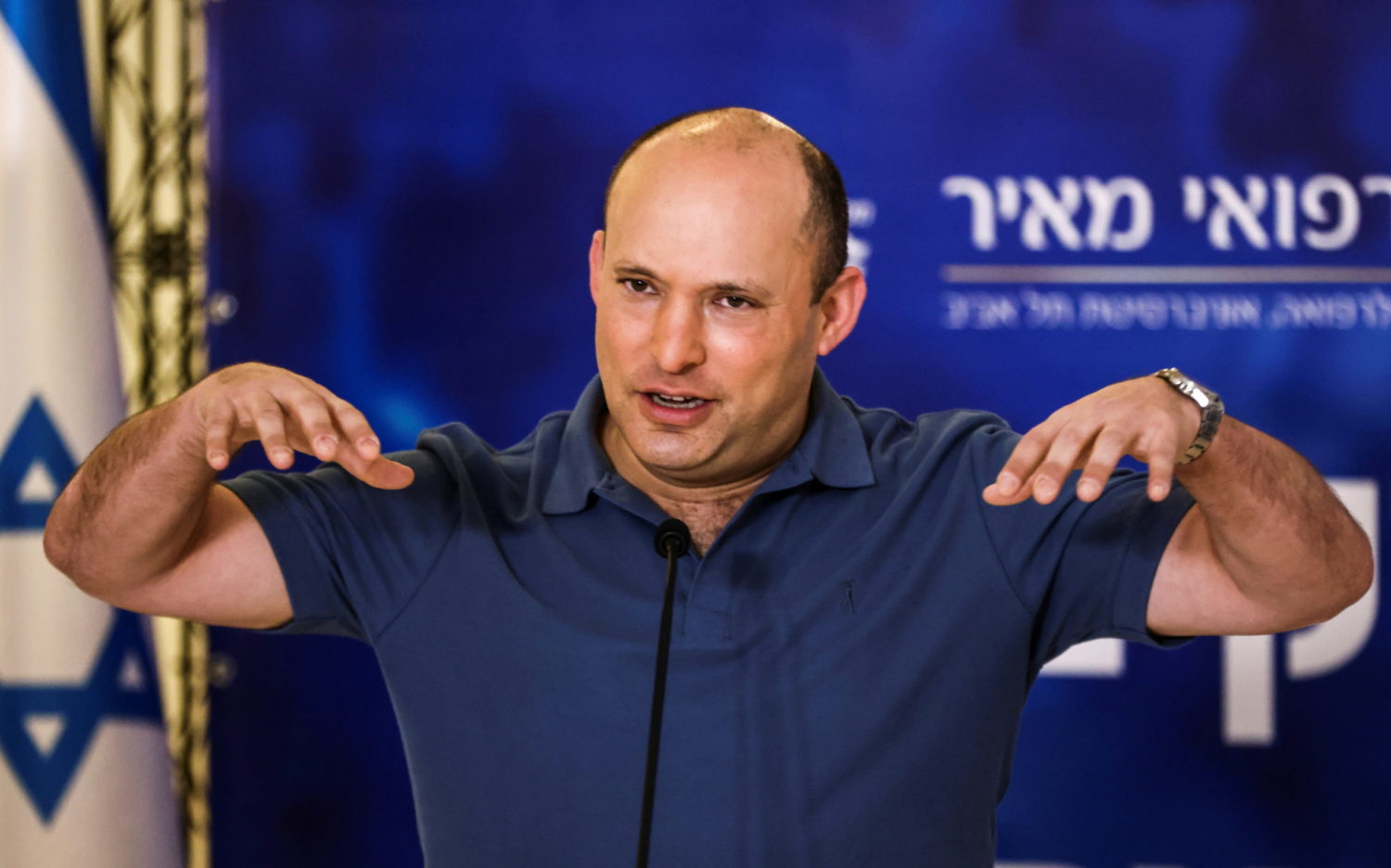 WASHINGTON (Reuters) -President Joe Biden and Israeli Prime Minister Naftali Bennett on Thursday will seek to reset the tone of U.S.-Israeli relations in their first White House meeting and find common ground on Iran despite differences on how to deal with its nuclear program.

In talks overshadowed by the chaotic U.S. withdrawal from Afghanistan, the two leaders will try to turn the page on years of tensions between Bennett’s predecessor, Benjamin Netanyahu, who was close to former President Donald Trump, and the last Democratic administration led by Barack Obama with Biden as his vice president.

The meeting, originally scheduled for Thursday morning, was delayed until later in the day, U.S. and Israeli officials said, while Biden held consultations with top aides about two explosions near Kabul’s airport amid a frantic evacuation effort from Afghanistan.

Suspected suicide bombers struck, causing a bloodbath among desperate civilians hoping to flee. A Taliban official said at least 13 people were killed. The Pentagon said U.S. personnel were among those hurt.

In what was planned as a low-key meeting, Bennett wants to move on from Netanyahu’s combative public style and instead manage disagreements constructively behind closed doors between Washington and its closest Middle East ally.

The visit gives Biden an opportunity to demonstrate business as usual with a key partner while contending with the complex situation in Afghanistan. Biden’s biggest foreign policy crisis since taking office has not only hurt his approval ratings at home but raised questions about his credibility among both friends and foes.

Topping the agenda is Iran, one of the thorniest issues between the Biden administration and Israel.

Bennett, a far-right politician who ended Netanyahu’s 12-year run as prime minister in June, is expected to press Biden to harden his approach to Iran and halt negotiations aimed at reviving the international nuclear deal that Trump abandoned.

Biden will tell Bennett that he shares Israel’s concern that Iran has expanded its nuclear program but remains committed for now to diplomacy with Tehran, a senior administration official said. U.S.-Iran negotiations have stalled as Washington awaits the next move by Iran’s new hardline president.

Briefing reporters ahead of the meeting, the official said: “Since the last administration left the Iran nuclear deal, Iran’s nuclear program has just dramatically broken out of the box.”

The official said that if the diplomatic path with Iran fails, “there are other avenues to pursue,” but did not elaborate.

Bennett has been less openly combative but just as adamant as Netanyahu was in pledging to do whatever is necessary to prevent Iran, which Israel views as an existential threat, from building a nuclear weapon. Iran consistently denies it is seeking a bomb.

The two leaders are expected to speak briefly to a small pool of reporters during their Oval Office meeting but there will not be a joint news conference, limiting the potential for public disagreement.

AT ODDS ON PALESTINIAN ISSUES

On the Israeli-Palestinian conflict, Biden and Bennett are also divided. Biden has renewed backing for a two-state solution after Trump distanced himself from that long-standing tenet of U.S. policy. Bennett opposes Palestinian statehood.

The consensus among Biden’s aides is that now is not the time to push for a resumption of long-dormant peace talks or major Israeli concessions, which could destabilize Bennett’s ideologically diverse coalition.

But Biden’s aides have not ruled out asking Bennett for modest gestures to help avoid a recurrence of the fierce Israel-Hamas fighting in the Gaza Strip that caught the new U.S. administration flat-footed earlier this year.

Among the issues that could be raised in Thursday’s talks is the Biden administration’s goal of re-establishing a consulate in Jerusalem that served the Palestinians and which Trump closed. Biden’s aides have moved cautiously on the issue.

The administration has also emphasized that it opposes further expansion of Jewish settlements on occupied land.

Bennett, 49, the son of American immigrants to Israel, has been a vocal proponent of settlement building.

Biden’s advisers are also mindful that Israeli officials may be concerned about the apparent failure of U.S. intelligence to predict the swift fall of Afghanistan to the Taliban.

Biden intends to reassure Bennett that the end of the U.S. military presence in Afghanistan does not reflect a “de-prioritizing” of the U.S. commitment to Israel and other Middle East allies, the senior U.S. official said.

Biden will also discuss with Bennett behind-the-scenes efforts to get more Arab countries to normalize relations with Israel, the senior U.S. official said. This would follow in the footsteps of the United Arab Emirates, Bahrain and Morocco, which reached accords with Israel brokered by the Trump administration.

On Wednesday, Bennett met U.S. Secretary of State Antony Blinken and Defense Secretary Lloyd Austin. He was expected to discuss, among other issues, the replenishing of the Iron Dome missile defense system that Israel relies on to fend off rocket attacks from Gaza. 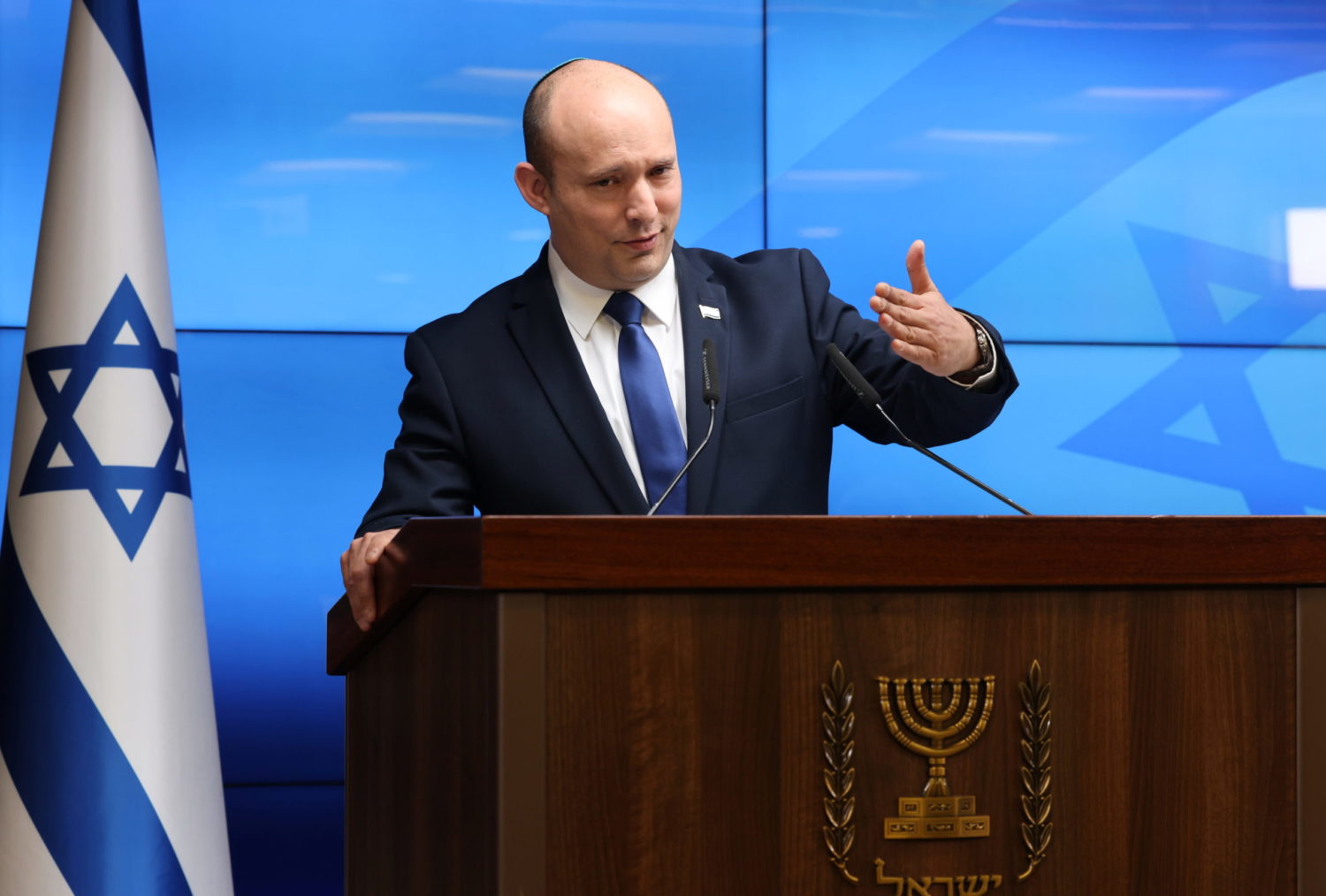 “We want to ‘hi-tech-icise’ the rest of the economy,” he told a news conference. “We’re going to turn ourselves into a paradise for small and medium businesses … to make it easy and compelling to open a business and succeed.”

Finance Minister Avigdor Lieberman said there were 209 regulators in Israel, and that they acted mainly in their own interests instead of aiming to improving productivity, competition and growth.

He pointed to a 2018 report by the Organization for Economic Cooperation and Development which said that reducing the level of regulation to the OECD average would increase Israel’s per-capita GDP by 3.75% in five years, and 5.75% – 75 billion shekels ($23 billion) – over a decade.

A report by the prime minister’s office and finance and justice ministries says Israel’s per capita GDP and productivity have lagged Western peers for a decade due to over-regulation.

Under a framework law, the government plans to establish a single authority to oversee regulatory processes, and to factor speed of processing, competitiveness and pricing into corporate regulations. 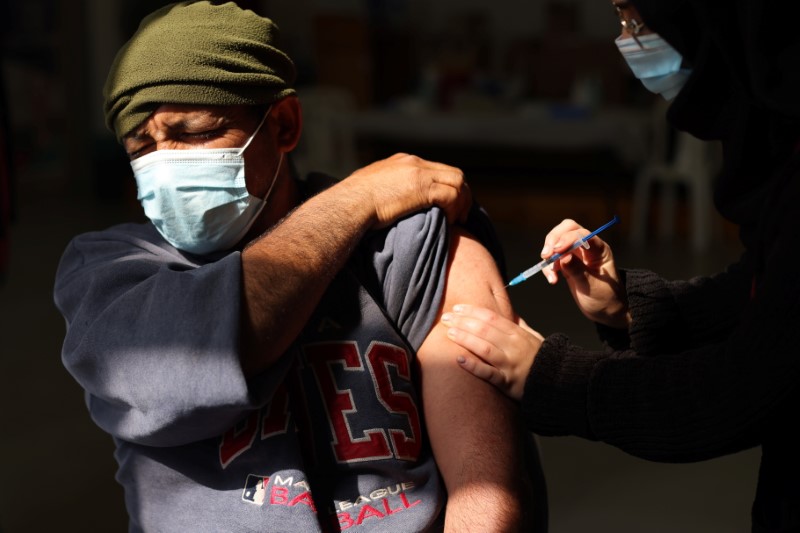 Under the terms of the deal, announced by new Israeli Prime Minister Naftali Bennett’s office, the PA agreed to give Israel a reciprocal number of doses from one of its own shipments due to arrive later this year.

Rights groups have criticized Israel, which led the world with its swift vaccine roll-out, for not doing more to ensure Palestinian access to doses in the occupied West Bank and Gaza, territory it captured in a 1967 war.

Criticizing the dose-sharing deal, Physicians for Human Rights Israel said on Twitter: “It is highly doubtful that the PA will be able to use all the vaccines, as they are about to expire.”

The vaccine deal was among initial policy moves towards the Palestinians by Bennett, who was sworn in on Sunday and replaced veteran leader Benjamin Netanyahu.

“Israel will transfer to the Palestinian Authority 1-1.4 million doses of the Pfizer vaccine,” a joint statement from Bennett’s office and the health and defense ministries said.

The Pfizer-BioNTech doses earmarked for transfer “will expire soon”, the statement said, and they were “approved in light of the fact that Israel’s vaccine stock meets its needs today”. The statement did not give their exact expiration date.

An initial 100,000 doses were transferred on Friday, Israeli officials said.

A source in the PA health ministry confirmed the deal and said the Palestinians expect to receive a shipment of Pfizer doses in August or September. The Israeli statement said Israel would receive reciprocal doses from the PA in September or October.

Around 55% of eligible Israelis are fully vaccinated – a coverage rate largely unchanged by this month’s expansion of eligibility to include 12- to 15-year-olds.

Some 30% of eligible Palestinians in the West Bank and Gaza, home to a combined 5.2 million people, have received at least one vaccine dose, according to Palestinian officials.

According to a poll released on Tuesday by the Palestinian Center for Policy and Survey Research, 40% of Palestinians are willing to take the vaccine once it is available, while 35% say they and their families are not willing to get vaccinated.

The Palestinians have received vaccine doses from Israel, Russia, China, the United Arab Emirates and the global COVAX vaccine-sharing initiative.