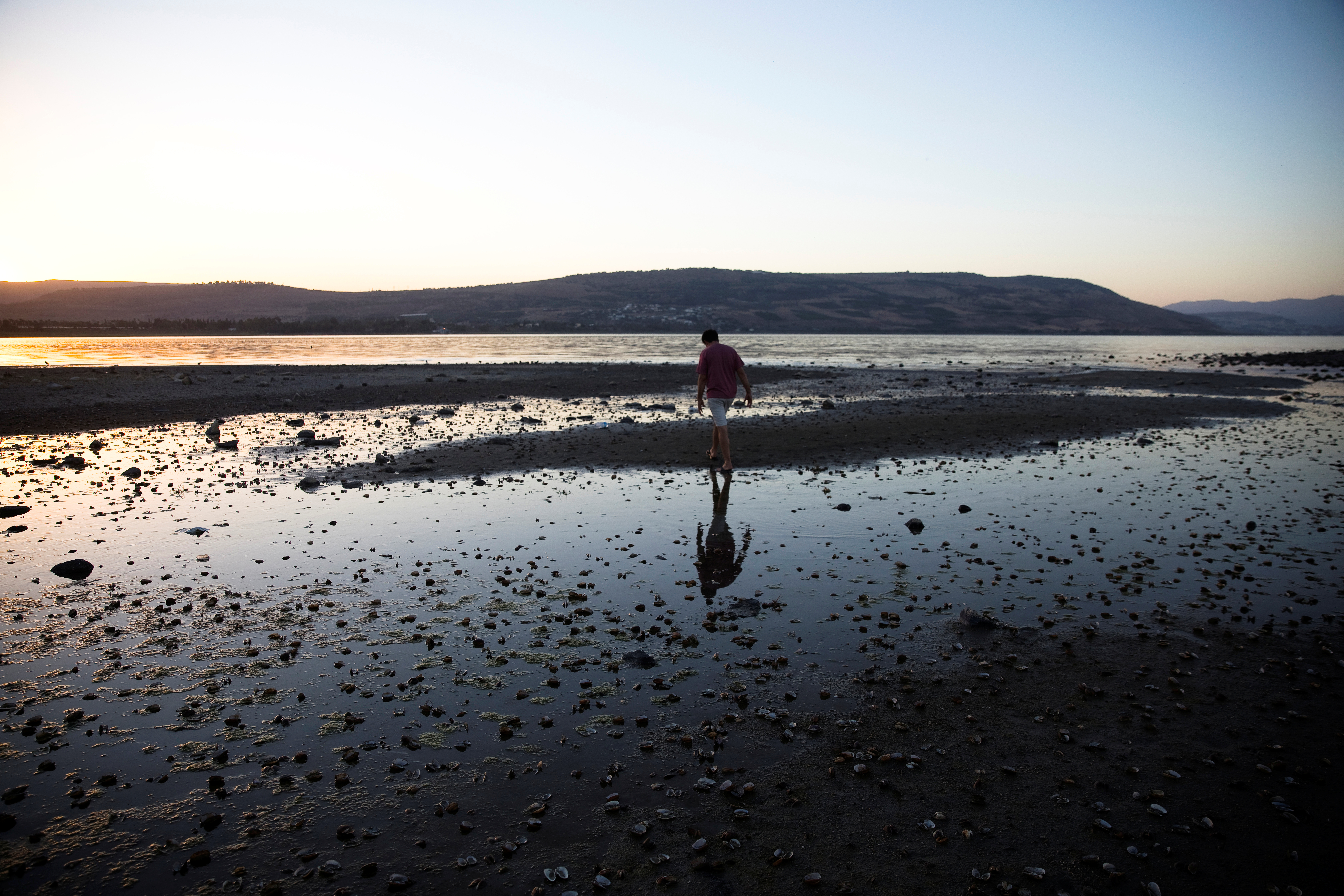 DEGANIA DAM, Israel (Reuters) – Some 2,000 years ago, Jesus walked across the Sea of Galilee, according to the Bible. Today, that doesn’t require a miracle.

Long periods of drought and over-pumping have brought the lake low. A reedy island has materialized at its southern edge, and will soon be a peninsula. Holiday-makers and fishermen teeter over expanding boggy beaches to reach the waterline.

The depletion imperils Israel’s biggest reservoir, starving the River Jordan and Dead Sea. It also diminishes a landmark that rivals Jerusalem as a major draw for Christian pilgrims.

Israel sees a solution in desalination, in which it is a world leader. It plans to double the amount of Mediterranean seawater it processes and pipe half of it 75 kilometers (47 miles) to the Galilee. 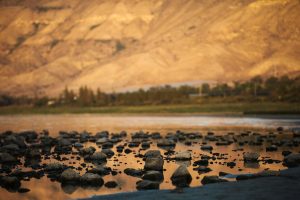 “We are doing this in order to save our nature, to fight global warming, to prevent the effect, the devastating effect, of global warming on the Sea of Galilee, and also to create a very significant water storage for the State of Israel,” Energy Minister Yuval Steinitz, who holds the cabinet water portfolio, told Reuters.

Noting the lake’s significance to Christians given the Gospel accounts of Jesus’ miracle-working there, Steinitz joked: “If he is coming back, we will make sure that he will have to make a real effort to walk on the water once more.”

Environmentalists welcome the move. Last full in 2004, the Galilee has dropped six meters (18 feet). It may be just weeks away from hitting a “black line” – 214.87 meters below global sea level – where it risk permanent contamination and pressure change from sediment.

Israelis hope winter rains will hold that off until the first desalinated water is piped in, next year.

Preserving the lake would free Israel to offer Jordan more water under a 1994 peace treaty.

“If there is irreversible damage done to the Sea of Galilee, to the Jordan, to this whole ecosystem, Israel’s enemies could use it against her,” said David Parsons, vice president of the International Christian Embassy in Jerusalem, which oversees evangelical outreach to Israel.

“It could also affect Christian tourism to the land. It’s very good to see Israel taking responsible steps now to address this, finally.” 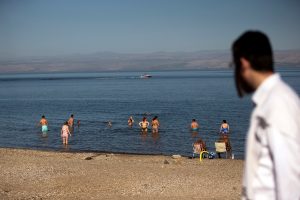 Israel’s plan provides for piping in 120 million cubic meters annually. Steinitz hopes to see that almost tripled in a cabinet vote next month. Such capacity, he said, would replenish the Galilee by 2026.

He predicted a small bump to consumers’ water tariffs, to help defray the $622 million infrastructure cost.

Still, with a national election due in 2019 and an unusually wet winter looming, some worry the Galilee could be again neglected.

“The vulnerability of this program is that the Water Authority has to continue to commit to maximizing desalination production,” said Gidon Bromberg, Israel director for the environmental group EcoPeace/Friends of the Earth Middle East. “And that is a commitment that could change every year.”

“We need this water, not only for us but also for the Jordanians, because they are in very, very tough conditions now from the water problem point of view,” he said.