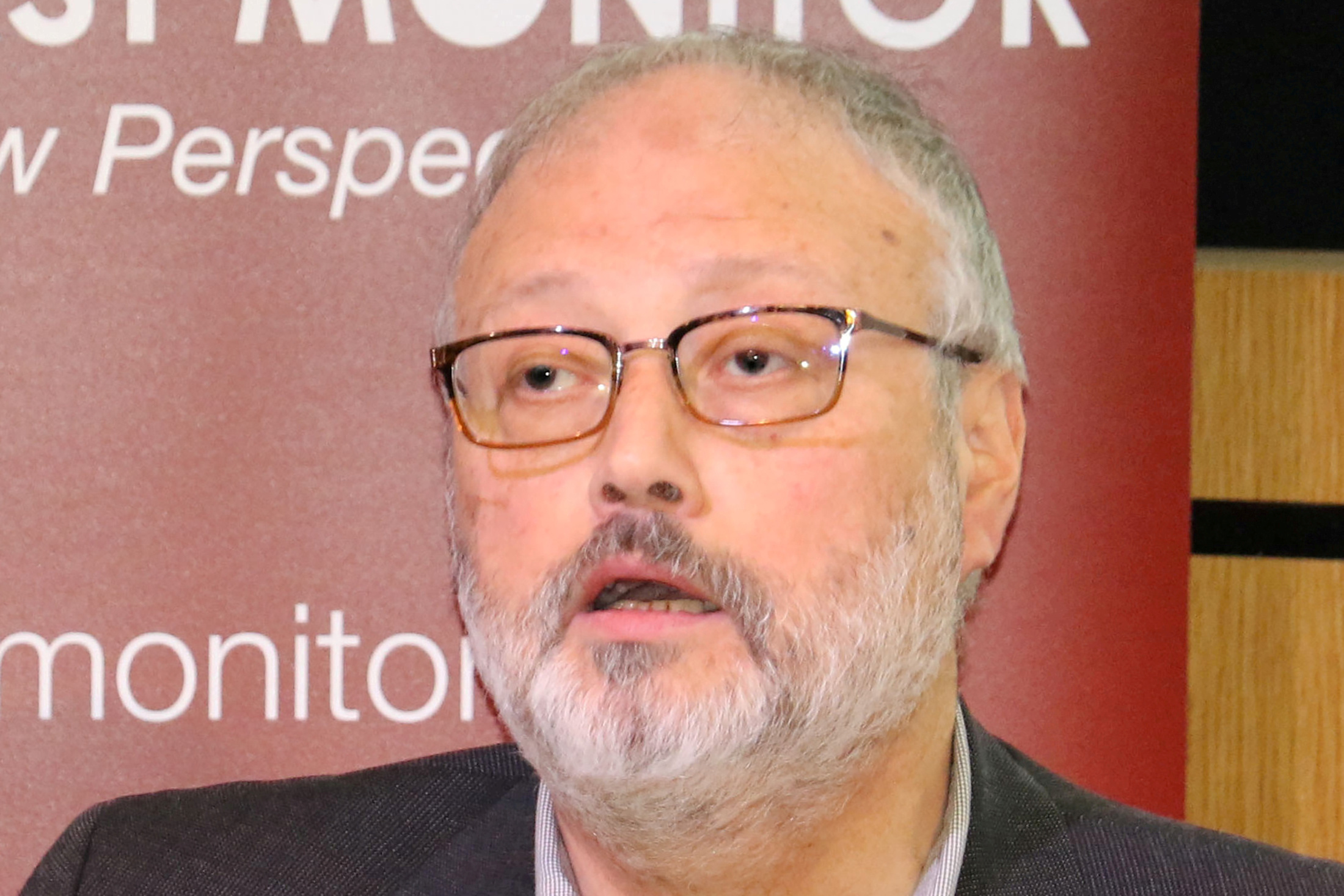 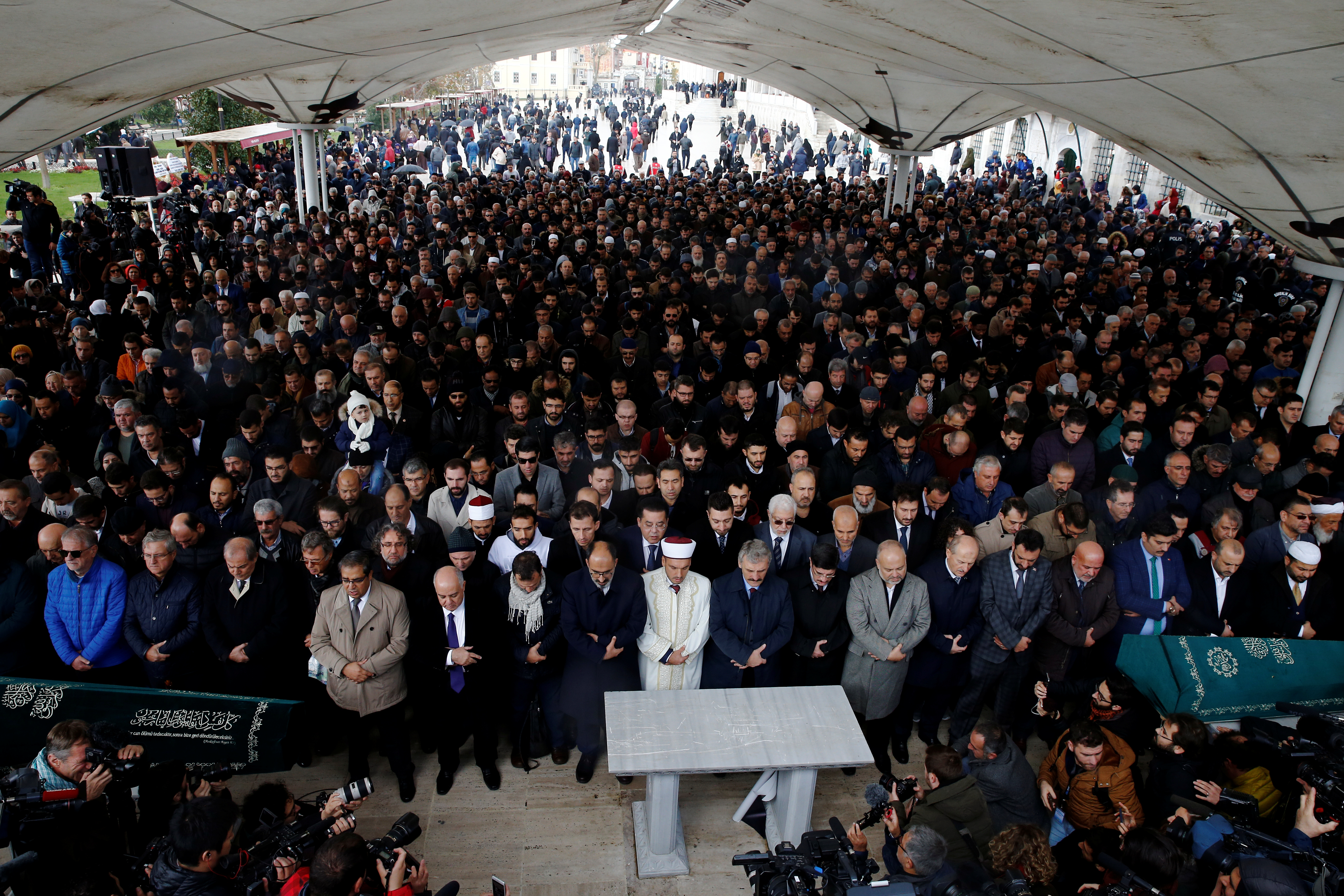 By Stephen Kalin and Sarah Dadouch

JEDDAH, Saudi Arabia/ISTANBUL (Reuters) – Family and friends of Jamal Khashoggi said funeral prayers in Saudi Arabia and Turkey on Friday for the Saudi journalist killed by agents of his own government, in a case that has sparked a global outcry and mired the kingdom in crisis.

The Saudi public prosecutor said on Thursday it would seek the death penalty for five suspects in the murder inside the country’s Istanbul consulate on Oct. 2. They did not provide names but at least two are senior officials closely associated with Crown Prince Mohammed bin Salman. 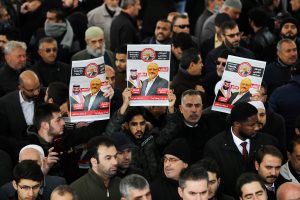 In an unusual measure against an important security and economic partner, the U.S. Treasury imposed economic sanctions on 17 Saudis, including Saud al-Qahtani, the crown prince’s former top adviser.

Riyadh maintains that Prince Mohammed had nothing to do with the murder, even as Turkey and some Western allies, including U.S. President Donald Trump, have said ultimate responsibility lies with him as the country’s de facto ruler. Changing Saudi accounts of the murder, including initial denials, have been met with skepticism abroad.

Tens of thousands of worshippers at Mecca’s Grand Mosque and the Prophet’s Mosque in Medina, Khashoggi’s hometown, joined in prayers for the deceased, though the imams did not name him.

In Istanbul, mourners raised their hands in prayer outside Fatih Mosque. An imam recited Koranic verses under a tent set up to protect against the rain, and Khashoggi’s friends eulogized him.

“What we heard yesterday from the Saudi public prosecutor is not the justice we were expecting or waiting for, but represents injustice itself,” said Ayman Nour, a liberal Egyptian politician.

An adviser to Turkish President Tayyip Erdogan called for Prince Mohammed to distance himself from the legal proceedings.

“There is no chance to have a court proceeding that is independent from the crown prince in Saudi Arabia,” said Yasin Aktay.

For weeks, Khashoggi’s family has urged Saudi and Turkish authorities to find his remains and hand them over for burial, but the Saudi prosecutor said their whereabouts are unknown.

Islamic tradition places immense importance on the proper handling of the dead, mandating quick burial. The revelation that the body was dismembered has thus been particularly disturbing.

The decision to hold prayer services in the absence of a body suggests the family does not expect it to be recovered.

Khashoggi’s son, Salah, met the king and crown prince in Riyadh last month to receive condolences along with other relatives. He then departed for Washington after a travel ban was lifted and told CNN on Nov. 5 that he wanted to bury his father in Medina with the rest of the family.

“We just need to make sure that he rests in peace,” Salah said. “Until now, I still can’t believe that he’s dead. It’s not sinking in with me emotionally.”

Khashoggi’s fiancée, Hatice Cengiz, a Turkish researcher who had waited outside the Istanbul consulate for hours on the day he was killed and alerted the authorities and the media when he never left the building, called last week for Muslims around the world to perform the funeral prayer for him.

On Thursday, she tweeted a selfie of Khashoggi outside the Prophet’s Mosque in Medina mosque, writing: “Dear Jamal.. rest in peace. We will meet in heaven inshallah (God willing)..!”

Cengiz and Khashoggi met at a conference in Istanbul in May and soon decided to wed. He had entered the consulate that day to obtain documents proving an earlier marriage had ended.

The pair purchased an apartment in Istanbul and Khashoggi was planning to live between there and Washington, where he moved 18 months earlier fearing reprisals for his views. He obtained U.S. residency and wrote for the Washington Post, becoming familiar to many American policymakers.

“I have left my home, my family and my job, and I am raising my voice. To do otherwise would betray those who languish in prison,” he wrote in Sept. 2017, referring to intellectuals, activists and clerics arrested under Prince Mohammed.

His murder has provoked the biggest political crisis in a generation for Saudi Arabia, the world’s largest oil exporter and a supporter of Washington’s plans to contain Iranian influence across the Middle East.

It has also tarnished the image of Prince Mohammed, who has pushed social and economic reforms while cracking down on dissent, upending the delicate balance inside the ruling family, and leading the country into messy conflicts in Yemen and Qatar.