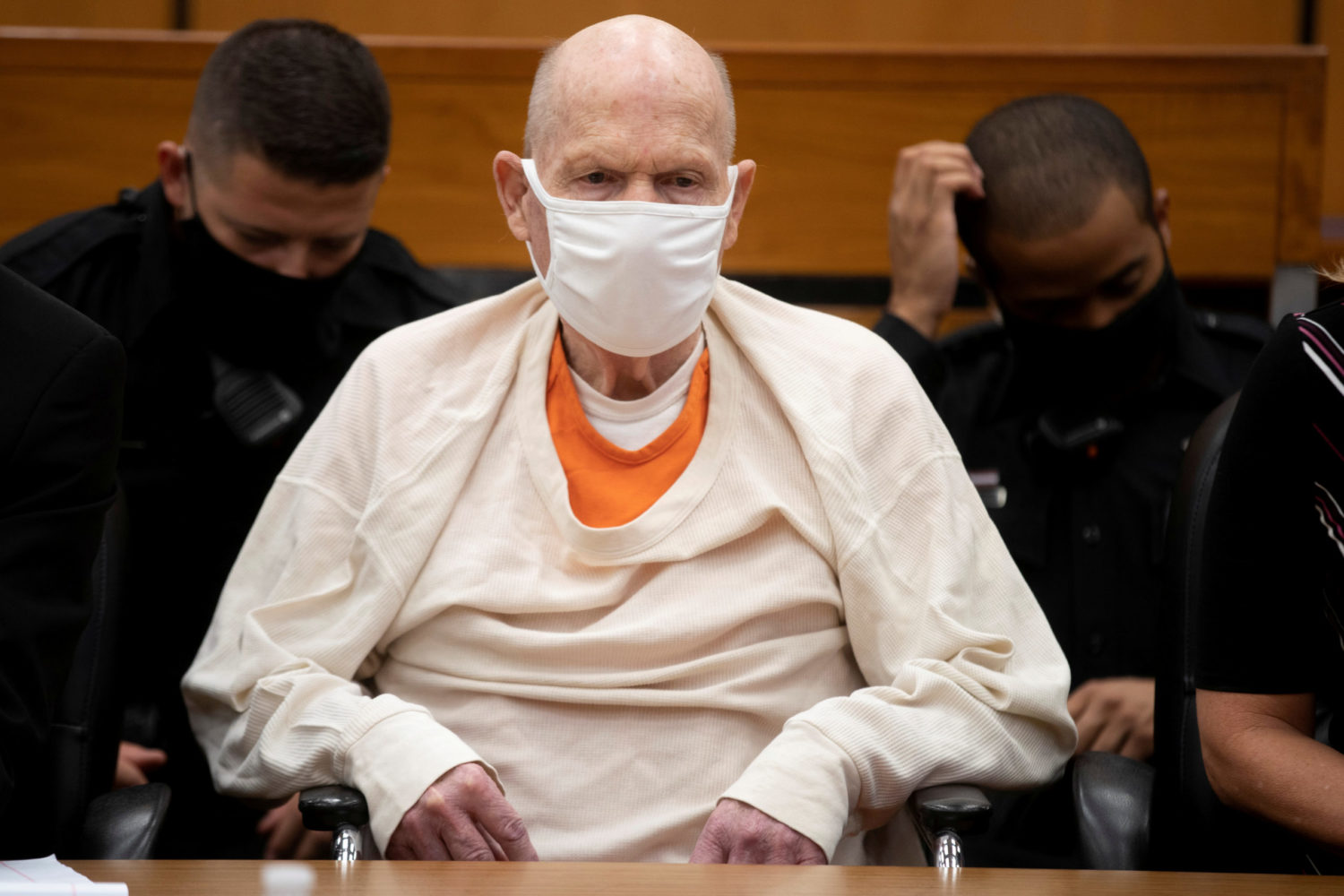 SACRAMENTO, Calif. (Reuters) – A former California police officer who lived a double life as the “Golden State Killer” was sentenced to life in prison on Friday for a string of 1970’s and ’80s murders and rapes that were solved through the use of public genealogy websites.

A Sacramento County judge granted prosecutors’ request that Joseph James DeAngelo, 74, serve life in prison without the possibility of parole following emotional statements from victims or their family members in open court.

A frail DeAngelo showed no emotion during the nearly two-hour sentencing, held in a makeshift courtroom inside a ballroom at Sacramento State University so that victims and family members could spread out amid the coronavirus pandemic.

When given the opportunity to speak, DeAngelo slowly rose from a wheelchair, took off a mask, looked around at surviving victims and family members of those he murdered and said: “I’ve listened to all your statements. Each one of them. And I’m truly sorry to everyone out there. Thank you, your honor.”

In June, DeAngelo confessed to 13 murders and 13 rape-related charges for crimes carried out between 1975 and 1986 as part of a plea deal with prosecutors sparing him from a potential death sentence.

DeAngelo, whom a prosecutor on Friday called a bogeyman who haunted California for decades, also publicly admitted to dozens more rapes for which the statute of limitations had expired. Prosecutors said he invaded 120 homes across 11 counties during his crime spree.

The identity of the Golden State Killer remained a mystery, his crimes unsolved, for decades until DeAngelo’s arrest in Sacramento County on April 24, 2018.

Investigators tied DeAngelo to the crimes using a then-novel technique of tracing him through family DNA from commercial genealogy websites.

Prosecutors from counties where he carried out his crimes told Judge Michael Bowman that he deserved no mercy.

“Over four decades – that’s a long time to wait for justice,” said Diana Becton, the Contra Costa County District Attorney, where some of DeAngelo’s crimes occurred.

Bowman said that he had no power to determine what type of prison DeAngelo is sent to.

“But the survivors have spoken clearly – the defendant deserves no mercy,” he said, as those in the courtroom burst into loud applause. 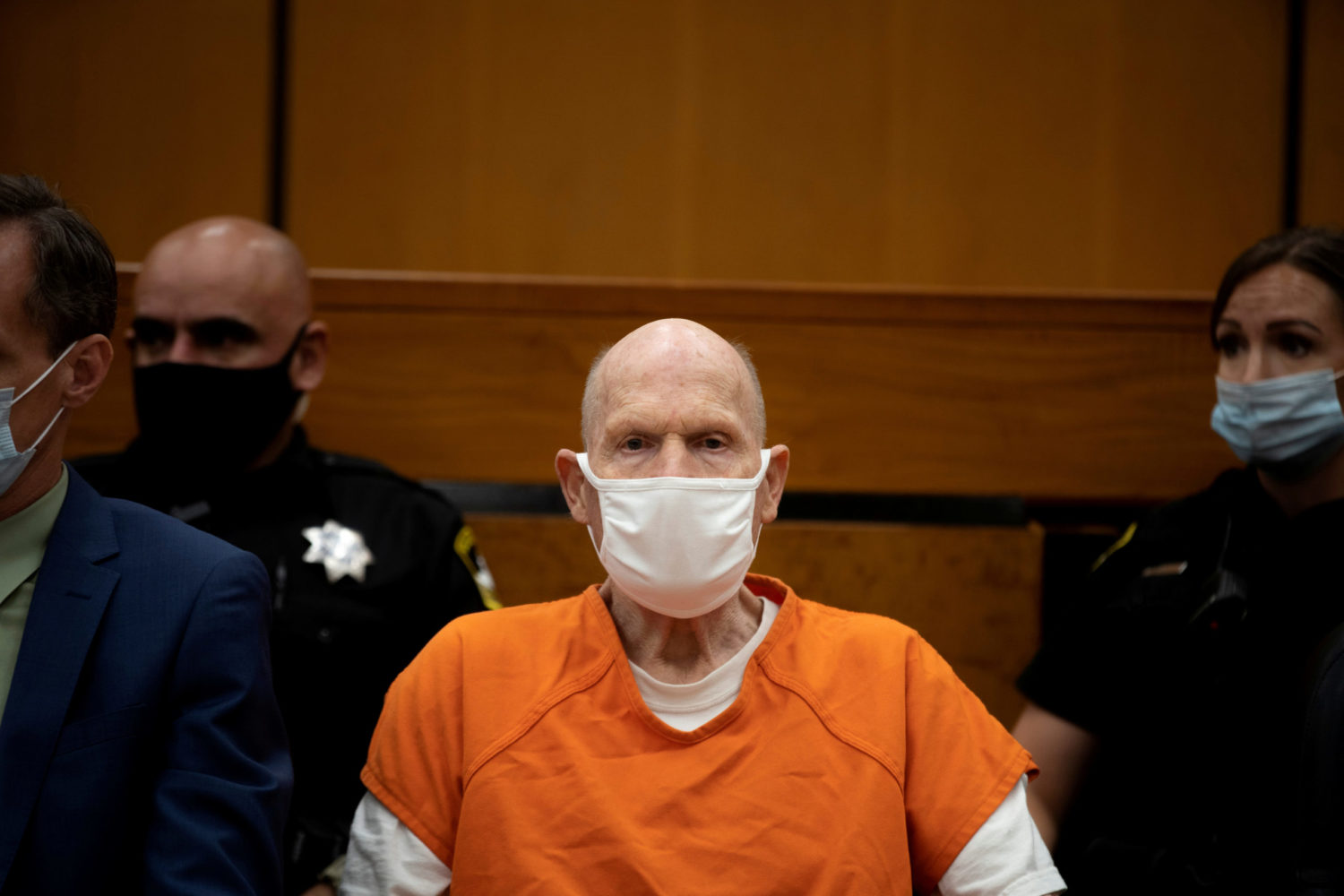 SACRAMENTO (Reuters) – A former California police officer dubbed the “Golden State Killer” who confessed to 13 murders and dozens of rapes during the 1970’s and 80’s faces a life prison term when he is sentenced in Sacramento on Friday.

Joseph James DeAngelo, 74, will be sentenced to life in prison without the possibility of parole following three days of emotional hearings in which victims or their family members confronted him in open court.

“What a gut punch it was that I had been brutally raped by a full-time police officer,” victim Gay Hardwick said, according to the Sacramento Bee newspaper. She was attacked in her San Stockton home in 1978 by an intruder who forced her to tie up her then-boyfriend first.

“To learn that DeAngelo, who was sworn to serve and protect, used his skill set to terrorize and rape. Yes, that was staggering,” Hardwick said.

The Golden State Killer remained a mystery, his crimes unsolved for decades until DeAngelo’s arrest in Sacramento County on April 24, 2018.

Investigators tied DeAngelo to the crimes using a then-novel technique of tracing him using family DNA from commercial genealogy websites.

In June, DeAngelo admitted to 13 murders and 13 related rape charges between 1975 and 1986 as part of a plea deal with prosecutors sparing him from a potential death sentence.

Prosecutors said the deal ensured that aging survivors and victims’ relatives lived to see the case resolved, sparing them further legal proceedings likely to have dragged on for a decade.

Besides the 13 murders, and 13 rape-related charges DeAngelo publicly admitted to dozens more rape cases for which the statute of limitations had expired. Prosecutors said he invaded 120 homes across 11 counties during his crime spree.

The serial killer, also known as the “East Area Rapist” and the “Original Night Stalker,” typically crept into his victims’ bedrooms at night, tying them up, raping them, and stealing valuables. 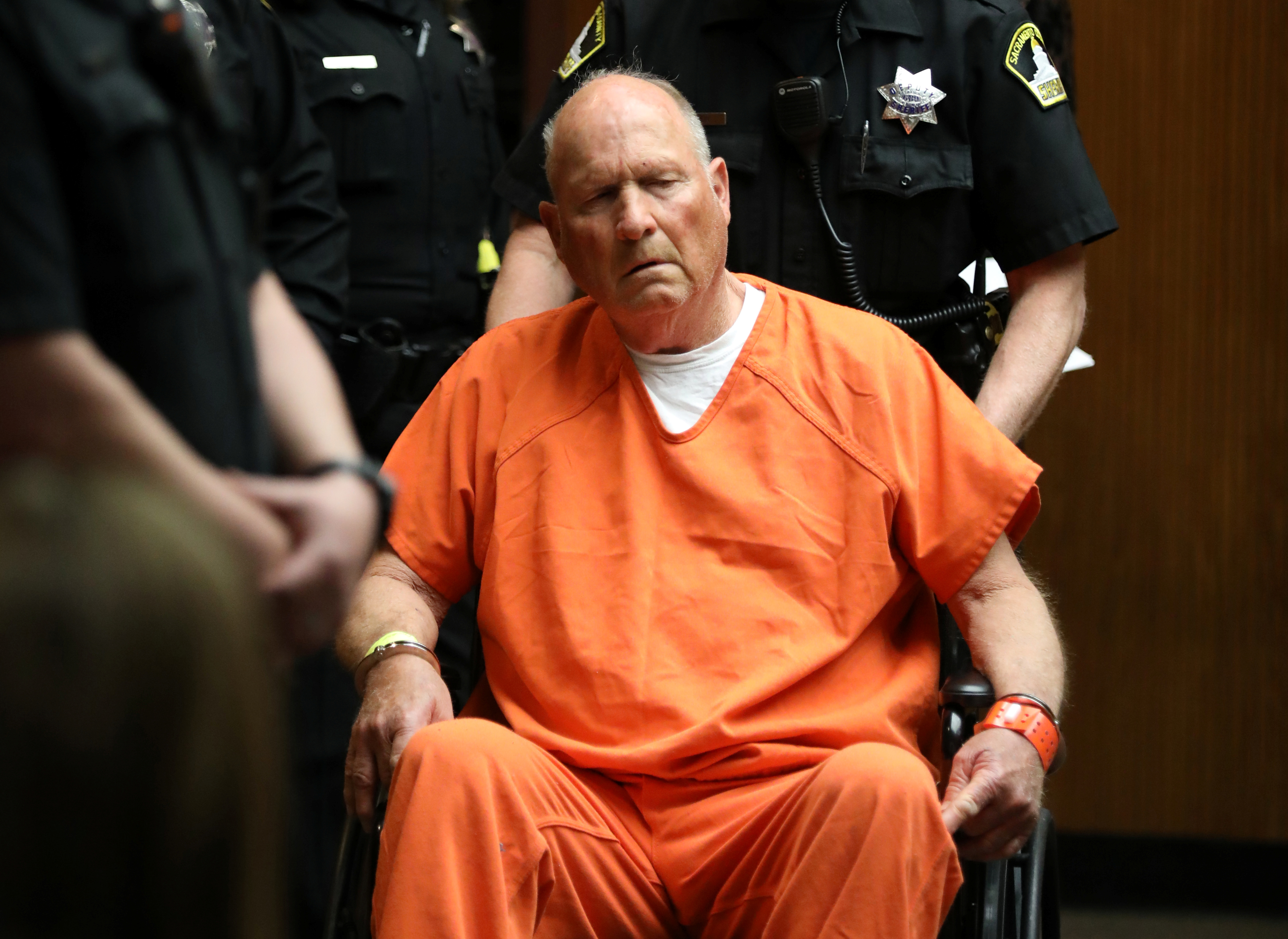