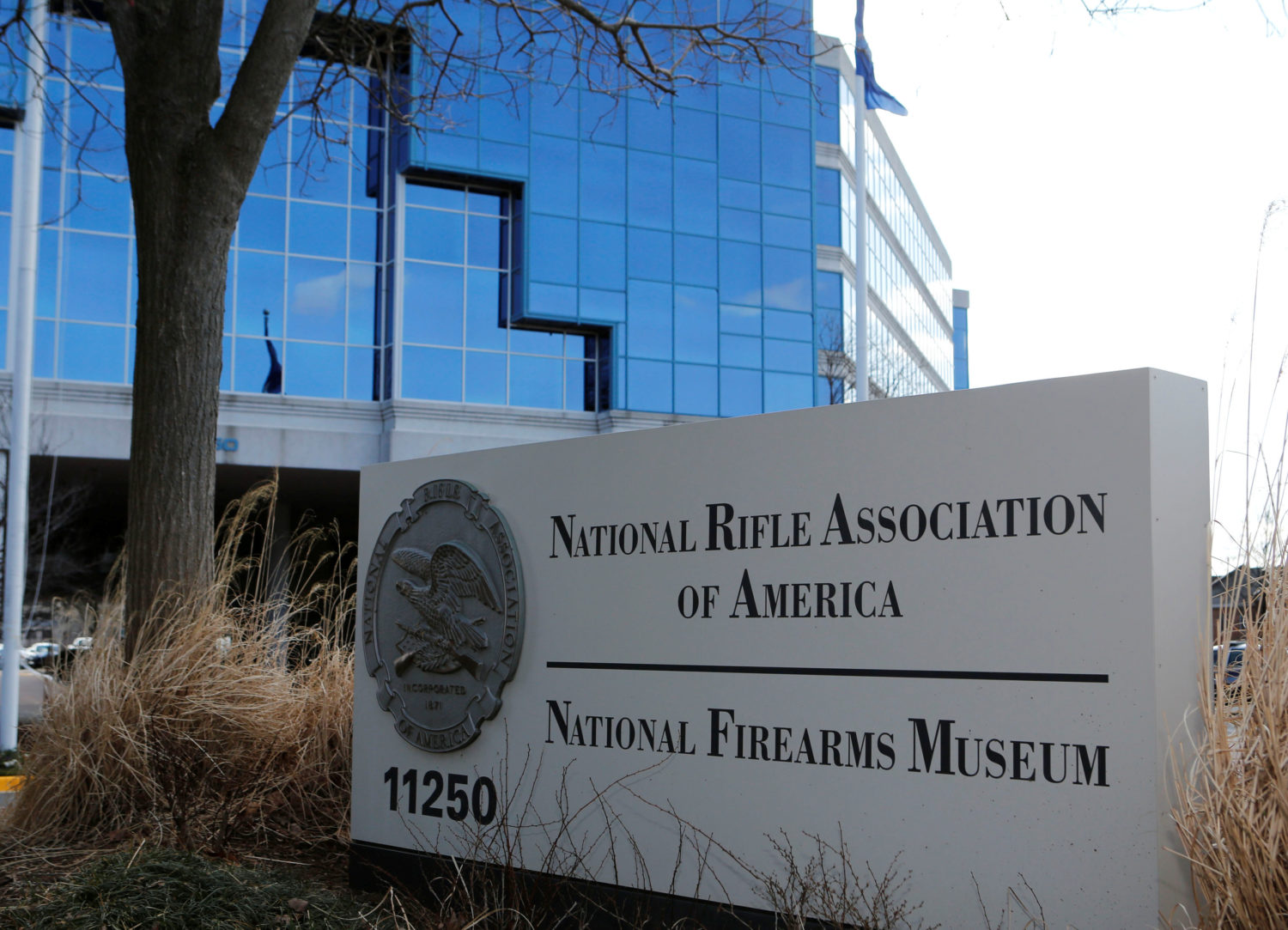 By Daniel Trotta and David Shepardson

(Reuters) – New York state’s attorney general sued to dissolve the National Rifle Association on Thursday, alleging senior leaders of the non-profit group diverted millions of dollars for personal use and to buy the silence and loyalty of former employees.

The lawsuit announced by Attorney General Letitia James alleges NRA leaders paid for family trips to the Bahamas, private jets and expensive meals that contributed to a $64 million reduction in the NRA’s balance sheet in three years, turning a surplus into a deficit.

James alleged in a statement that NRA leaders “used millions upon millions from NRA reserves for personal use,” failing to comply with the NRA’s own internal policies in addition to state and federal law.

In announcing the lawsuit, James told reporters the NRA “has operated as a breeding ground for greed, abuse and brazen illegality.” She added “no one is above the law” – including the NRA.

At the same time, the attorney general for Washington, D.C., filed suit against the NRA and its foundation, alleging the misuse of charitable funds and wasteful spending.

The confrontation pits James, a Democrat, against the largest and most powerful gun organization in the United States, one that is closely aligned with President Donald Trump’s Republican Party.

Briefing reporters, James denied the suit was motivated by the NRA’s support for Trump

The action is certain to further polarize a country where the NRA is revered by conservatives as a champion of the U.S. Constitutional right to keep and bear arms and vilified by liberals as an enabler of rampant gun violence.

“The NRA’s influence has been so powerful that the organization went unchecked for decades while top executives funneled millions into their own pockets,” James said in a statement. “The NRA is fraught with fraud and abuse, which is why, today, we seek to dissolve the NRA, because no organization is above the law.”

The NRA, which teaches gun safety in addition to advocating laws making it easier for Americans to own guns and ammunition, is subject to New York law because it is registered as a non-profit organization in New York, where it conducts most of its financial transactions.

The NRA, which has its national headquarters in Fairfax, Virginia, about 20 miles (30 km) west of Washington, D.C., did not immediately respond to a request for comment.

New York state and the NRA have tangled before. The state has taken legal action against NRA-branded insurance policies sold to gun owners, and the NRA is suing the state for closing gun stores under an executive order to halt the spread of COVID-19.

The latest lawsuit names the NRA as a whole and four senior executives of the group including Wayne LaPierre, the executive vice-president who has been atop the leadership for decades.

The suit charges the NRA with “awarding contracts to the financial gain of close associates and family, and appearing to dole out lucrative no-show contracts to former employees in order to buy their silence and continued loyalty,” James’s office said in a statement.

“The failure of the NRA to comply with multiple fiduciary responsibilities and state and federal laws resulted in the NRA seeing substantial losses on its balance sheet: going from a surplus of $27,802,714 in 2015 to a net deficit of $36,276,779 in 2018 – contributing to a total loss of more than $64 million in just three years,” the statement said.

In addition to attempting to close down a group that has existed since 1871, James seeks to recover millions of dollars in lost assets and to stop the four executives from serving on he board of any other not-for-profit group in the state.