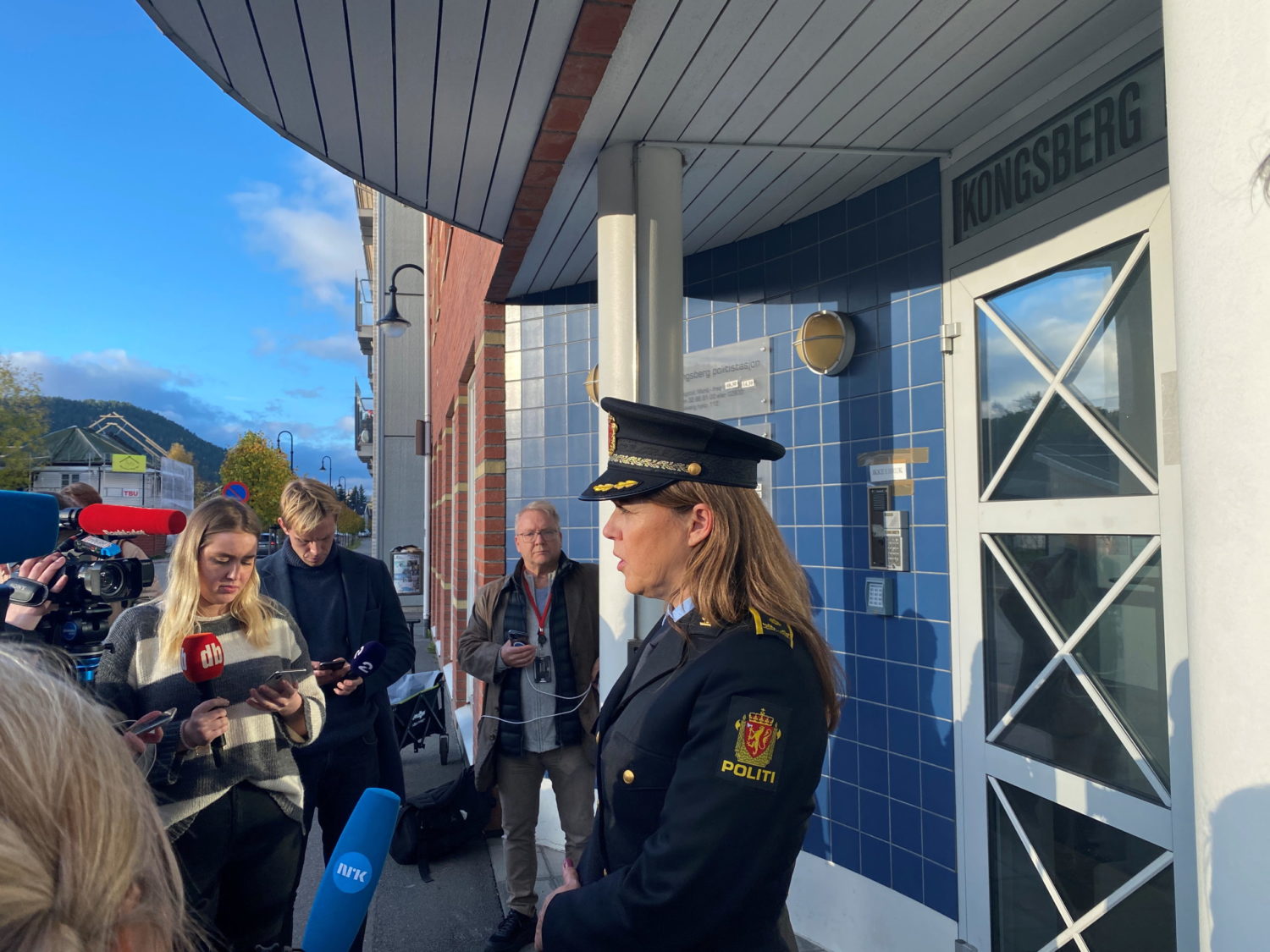 KONGSBERG, Norway (Reuters) – A bow-and-arrow attack in which a Danish convert to Islam is suspected of killing five people in a Norwegian town appears to have been an “act of terror,” police said on Thursday.

Investigators named the suspect as Espen Andersen Braathen, a 37-year-old living in the Kongsberg municipality where the attacks took place on Wednesday evening.

A police attorney told Reuters that Braathen had acknowledged killing the victims. His lawyer confirmed only that Braathen was cooperating with police and giving a detailed statement.

Police had been concerned about signs of radicalization in the suspect before the attacks, carried out with a bow and arrow and other weapons, a senior officer said.

Flags flew at half-mast across Kongsberg after the deaths of four women and a man, all aged between 50 and 70. Three others, including an off-duty police officer, were wounded.

Kongsberg resident Markus Kultima, 23, who works in a beer shop, witnessed parts of the attack.

“I saw a man come walking with an arrow in his back,” Kultima told Reuters. He said it was the off-duty officer who told him to head home.

“I had to walk in the direction where that guy came from, Kultima said, describing doing so as “very heavy.”

Braathen was in custody and was believed to have acted alone, police said. A court will decide on Friday how long police can keep him in custody.

“The events at Kongsberg appear at the moment to be an act of terror,” the PST security police said in a statement, adding the investigation would determine the motive.

“Police have previously been in contact with the man in relation to trouble connected to radicalization. We haven’t registered anything in regards to him in 2021, but previously,” Saeverud told a news conference.

Police attorney Ann Iren Svane Mathiassen told Reuters: “He has told us that he has killed them and he has explained himself in detail about what happened…He admits to the facts of the case but we haven’t asked him yet about the question of guilt.”

She said police wanted a psychiatric evaluation to determine whether he is fit to stand trial, and that those killed “appear to be random victims.”

A relative of the suspect, speaking on condition of anonymity to Danish newspaper Ekstra Bladet, described him as mentally ill and said the family had suffered threats for several years.

The death toll was the worst of any attack in Norway since 2011, when far-right extremist Anders Behring Breivik killed 77 people, most of them teenagers at a youth camp.

Police said they received reports of a man carrying a bow and arrow at 1612 GMT on Wednesday. He was first observed by a police unit a few minutes later, fired arrows at the police and was apprehended after a hunt of about 35 minutes.

“It is likely that all the killings took place after the first police sighting of him,” Saeverud said.

Images from one of the crime scenes showed an arrow that appeared to be stuck in the wall of a wood-paneled building.

Prime Minister Jonas Gahr Stoere, on his first day in office after winning an election last month, said his thoughts were with the people of Kongsberg, the victims and “those who live with the shock.”

He told a news conference the attack highlighted shortcomings in Norway’s psychiatric care, he said, with “one in four or one in five” people who are referred for treatment being turned down.

King Harald wrote a letter of condolence to the town’s mayor, saying: “The rest of the nation stands with you.”

Those laying flowers and candles in tribute spoke of their shock in a country where mass killings are rare.

“I want to show my sympathy and empathy to all those affected here in town and across Norway actually because it affects all of us, regardless of who we are – young and old,” Kongsberg resident Line Leirmo said. 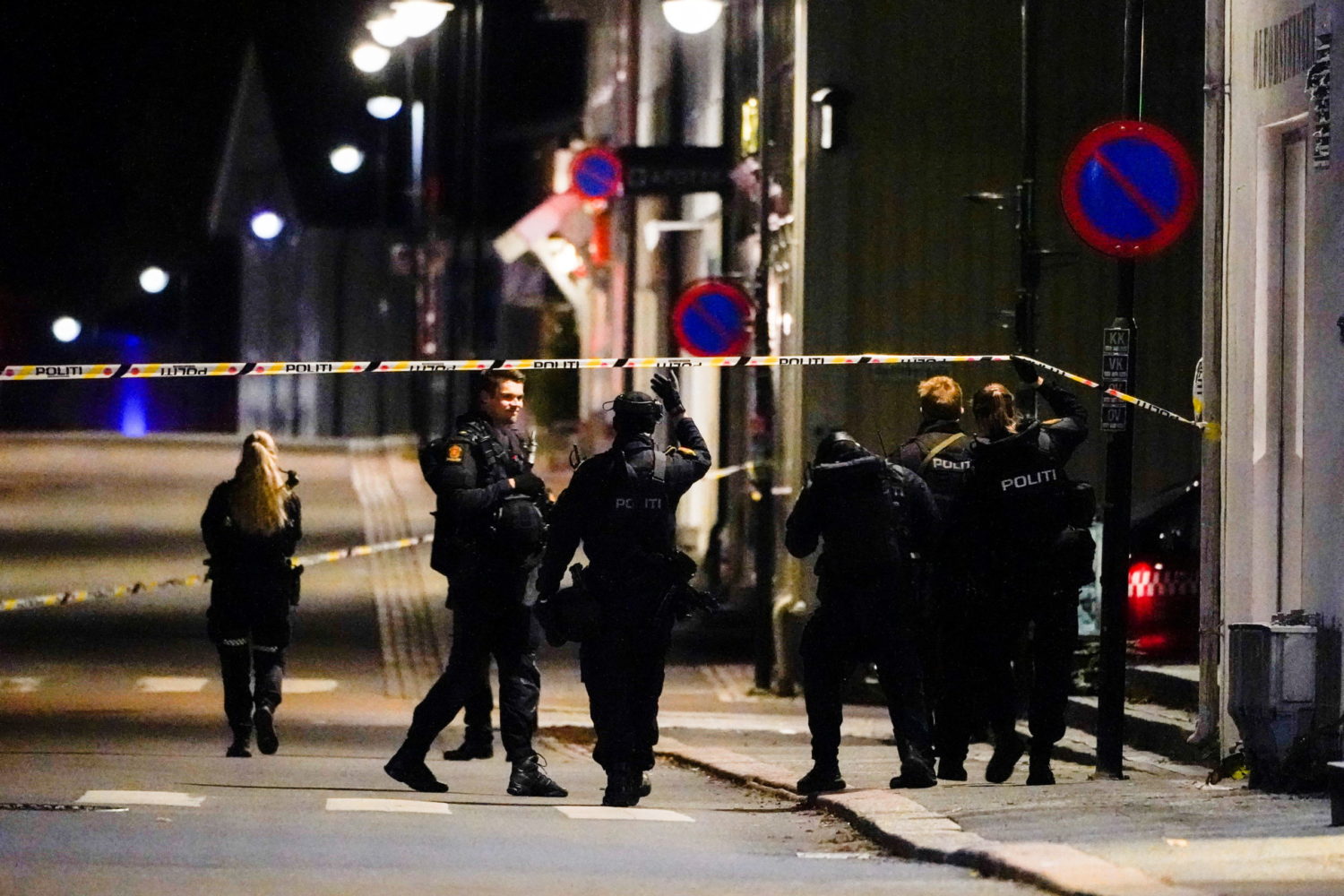 OSLO (Reuters) -A man using a bow and arrow killed several people and wounded others in attacks in the Norwegian town of Kongsberg on Wednesday, local police said.

“The man has been apprehended … from the information we now have, this person carried out these actions alone,” police chief Oeyvind Aas told reporters.

“Several people have been injured and several are dead,” Aas said. He declined to comment on the number of casualties.

Following the attacks, the police directorate said it had immediately ordered officers nationwide to carry firearms. Norwegian police are normally unarmed but officers have access to guns and rifles when needed.

“This is an extra precaution. The police have no indication so far that there is a change in the national threat level,” the directorate said in a statement.

Norway’s minister of justice and public security, Monica Maeland, has received updates on the attacks and was closely monitoring the situation, the ministry said.