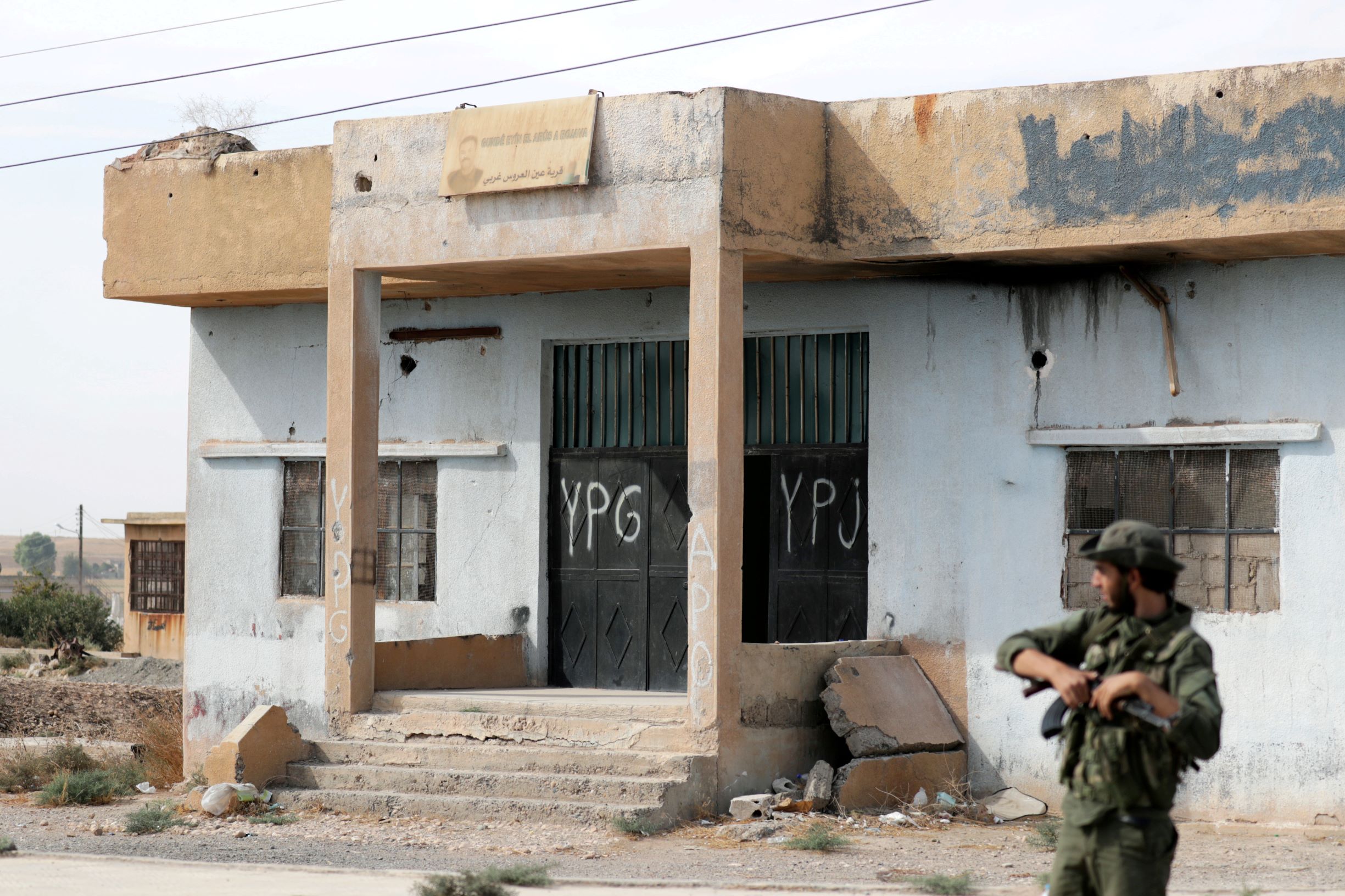 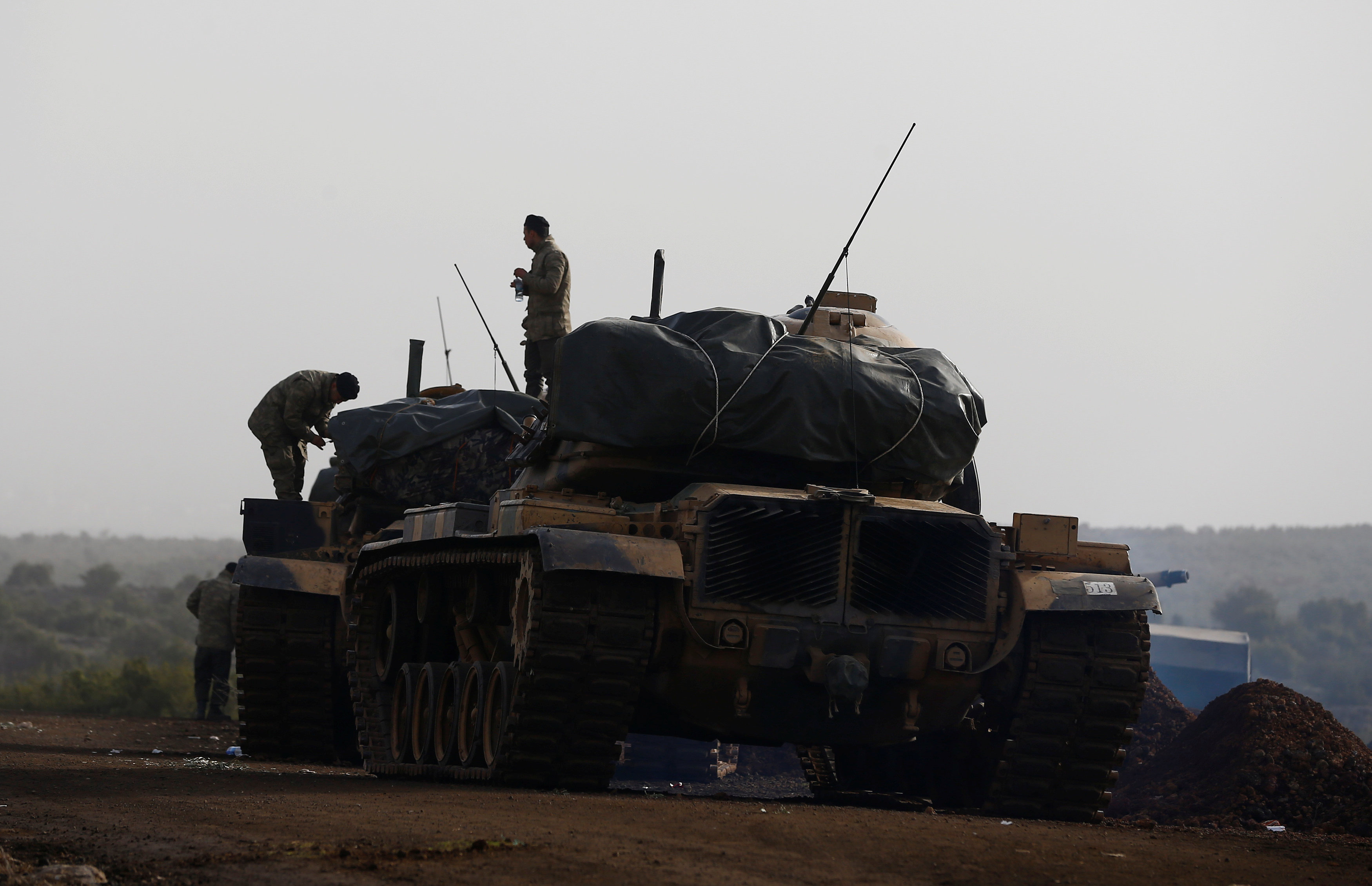 HASSA, Turkey (Reuters) – Turkey shelled targets in northern Syria on Monday and said it would swiftly crush the U.S.-backed Kurdish YPG fighters who control the Afrin region, amid growing international concern over its three-day-old military operation.

Turkish forces and their Syrian rebel allies began their push to clear YPG fighters from the northwestern enclave on Saturday, opening a new front in Syria’s civil war despite calls for restraint from United States.

France has called for an emergency meeting of the United Nations Security Council on Monday to discuss the fighting in Afrin and other parts of Syria.

The YPG’s Afrin spokesman, Birusk Hasaka, said there were clashes between Kurdish and Turkey-backed forces on the third day of the operation. He said Turkish shelling had hit civilian areas in Afrin’s northeast.

Ankara considers the YPG a terrorist organization tied to Kurdish militant separatists in Turkey and has been infuriated by U.S. support for the fighters. Washington, which has backed the YPG in the battle against Islamic State in Syria, said on Sunday it was concerned about the situation.

Turkish anger at U.S. support for the YPG is one of a number of issues that have brought relations between the United States and its biggest Muslim ally within NATO to the breaking point in recent months.

President Tayyip Erdogan has pledged to crush the YPG in Afrin, and also says he will target the Kurdish-held town of Manbij to the east, part of a much larger swath of northern Syria controlled by YPG-dominated forces.

That raises the prospect of protracted conflict between Turkey and its allied Free Syrian Army factions against the Kurdish YPG, who spearheaded the U.S.-backed campaign to drive Islamic State out of its Syrian strongholds last year.

“Our investors should be at ease, the impact will be limited, the operation will be brief and it will reduce the terror risk to Turkey in the period ahead,” Simsek, who oversees economic affairs, said at a ceremony in Ankara.

A senior Turkish official declined to give a timeframe for the operation but said it would “move fast”, adding that Turkey believed there was some local support in both Afrin and Manbij for its action. “Some tribes are even offering to take part in the Manbij operation,” the official said.

Turkey’s “Euphrates Shield” operation to drive back Islamic State and YPG fighters, which it launched in August 2016, lasted seven months. So far there has been no indication of major gains on the ground by Turkey-backed forces in Afrin.

YPG official Nouri Mahmoud said Turkish forces had not taken any territory. “Our forces have to this point repelled them and forced them to retreat,” he told Reuters.

He said there were intense air strikes across Afrin. Turkish officials did not confirm any air strikes on Monday.

It said militia targets were also being destroyed by Turkish warplanes and multiple rocket launchers.

On Sunday a Turkish official said Turkey-backed Free Syrian Army rebel factions had captured a Kurdish village with no resistance and were clearing landmines. The YPG said it had repelled the Turkish forces.

Turkey sees the YPG presence on its southern border as a domestic security threat. Defeating the militia in Afrin would reduce Kurdish-controlled territory on its frontier and link up two regions controlled by insurgents opposed to President Bashar al-Assad – Idlib province and the Euphrates Shield area.

The Turkey-backed Free Syrian Army factions, which have come together under the banner of a newly branded “National Army”, also want to see an end to YPG rule in Afrin.

They say local authorities in Afrin have often arrested men trying to pass through the region, and accuse the YPG of displacing 150,000 Arab residents of towns including Tel Rifaat and Menigh to the east of Afrin, captured in 2016.

“This is a historic moment in our revolution,” Mohammad al-Hamadeen, a senior officer in the FSA forces told fighters in the town of Azaz on Sunday, as they prepared to join the ground offensive in Afrin. “God willing very soon we will return to our region that we were driven from two years ago”.

Throughout most of the multi-sided seven-year-old civil war in Syria, Turkey and the United States jointly backed Arab fighters seeking to overthrow president Bashar al-Assad. Since 2014, Washington angered Turkey by growing closer to the Kurdish militia, which it supported with air strikes, arms, training and special forces advisers on the ground to oppose Islamic State.