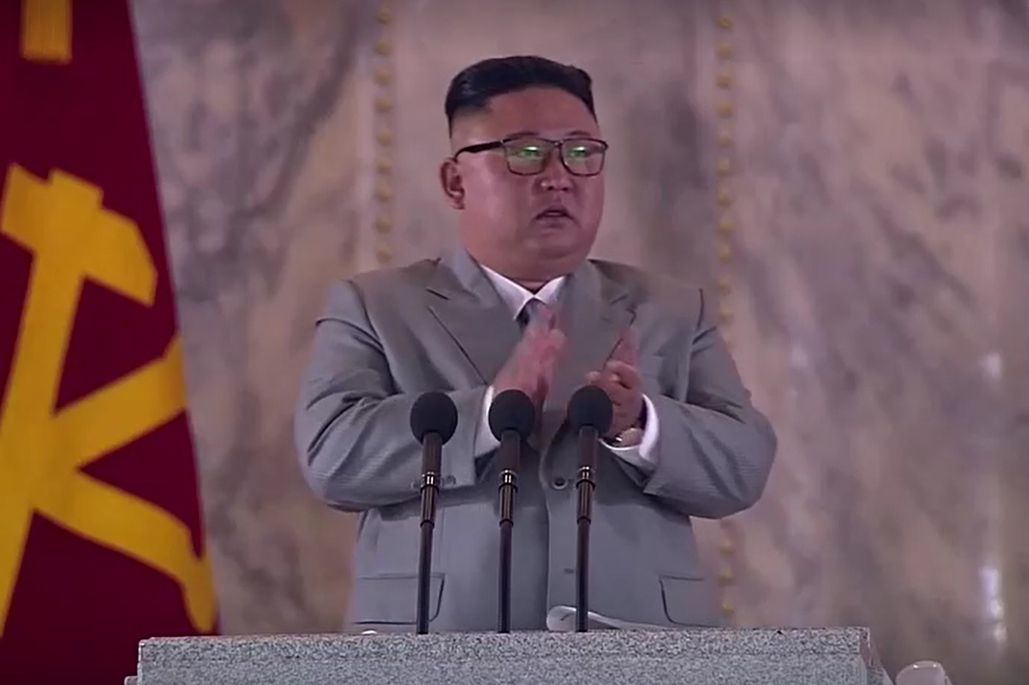 SEOUL (Reuters) – South Korean officials have seized on conciliatory comments by North Korean leader Kim Jong Un on the weekend as a sign that tension could be easing but also worry the huge number of rockets he showcased is evidence that peace may be elusive.

Kim sent mixed signals as he addressed an unprecedented night-time military parade early on Saturday, wishing the neighboring Koreas would “hold hands” again after the novel coronavirus pandemic is over.

While much of the world was captivated by the appearance of a new intercontinental ballistic missile (ICBM), officials in South Korea were far more concerned by the display of new multiple launch rocket systems (MLRS) and fast, maneuverable short-range missiles that would be ideal for striking targets in the South.

“The parade revealed not only an advanced ICBM but also MLRS that pose a direct threat to South Korea,” said South Korean opposition leader Kim Chong-in.

“They’ve not changed, their threats have grown even bigger.”

South Korean ruling party leader and former prime minister Lee Nak-yon said he took hope from Kim’s overture to the South as a “positive sign” but worried about what the display of new weapons said about North Korea’s intentions.

“North Korea showed advanced weapons including a new ICBM, which indicated it has not abandoned its resolve to develop weapons of mass destruction, and those weapons can threaten peace on the Korean peninsula,” Lee told a party meeting.

November’s U.S. election is compounding the uncertainty especially as the tone of ties between the two Koreas is often set by the state of North Korea’s relations with its old enemy the United States.

When a landmark summit between Kim and U.S. President Donald Trump in 2018 brought an unprecedented easing of tension between those two countries, North Korea’s dealings with South Korea also saw a remarkable thaw.

But relations on the peninsula have been tense since a second summit between Kim and Trump collapsed last year, and they took another blow last month when North Korean troops shot dead a South Korean fisheries official detained at sea.

Shin Beom-chul, a senior fellow at the Korea Research Institute for National Strategy in Seoul, said despite Kim’s conciliatory comments towards South Korea, his main message on Saturday was aimed at the United States.

“By showing a new ICBM, the North suggested they can test it any time if things don’t go well after the election. Inter-Korean ties don’t count to them,” Shin said.

The South Korean government said Kim’s speech would foster better ties but it urged North Korea to stick to agreements preventing armed clashes and accept a request for a joint investigation into the shooting of the fisheries official.

South Korean opposition leader Kim derided a teary display by Kim as he spoke of the sacrifices made by North Korea’s armed forces.

“It was appalling to see him shed crocodile tears after shooting our citizen to death,” he said.

Former South Korean nuclear negotiator Chun Yung-woo, pointing to North Korea’s extensive testing of MLRS and short-range missiles over the past year, while sticking to a moratorium on ICBM testing, said South Korea must not get carried away by hope for peace.

“All the media attention is on North Korea’s new strategic weapons but the most serious threat to our security is solid-fuel, short-range tactical missiles and MLRS that they’ve been madly testing over the past year,” Chun said.

“North Korea showed how it has focused on developing its capability to attack the South while our people have been absorbed in a peace campaign,” he said.