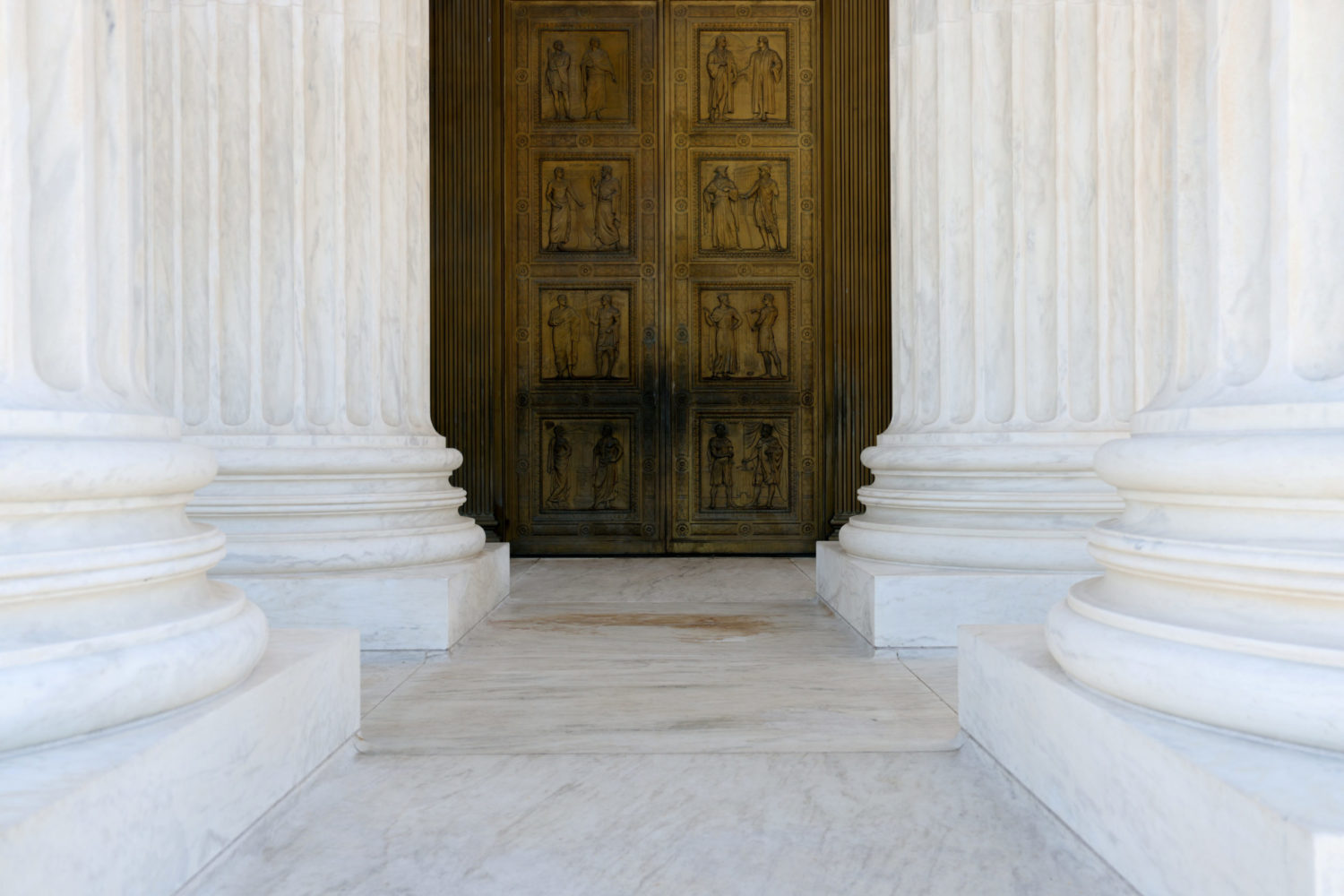 WASHINGTON (Reuters) – While President Donald Trump has promised to ask the U.S. Supreme Court to weigh in on a presidential race that is still too close to call, the nation’s top judicial body may not be the final arbiter in this election, legal experts said.

Election law experts said it is doubtful that courts would entertain a bid by Trump to stop the counting of ballots that were received before or on Election Day, or that any dispute a court might handle would change the trajectory of the race in closely fought states like Michigan and Pennsylvania.

With vote-counting still underway in many states in the early hours of Wednesday morning, Trump made an appearance at the White House and declared victory against Democratic challenger Joe Biden.

“This is a major fraud on our nation. We want the law to be used in a proper manner. So we’ll be going to the U.S. Supreme Court. We want all voting to stop,” he said.

The Republican president did not provide any evidence to back up his claim of fraud or detail what litigation he would pursue at the Supreme Court.

As of Wednesday afternoon, the election still hung in the balance. A handful of closely contested states could decide the outcome in the coming hours or days, as a large number of mail-in ballots cast amid the coronavirus pandemic appears to have drawn out the process.

However, legal experts said that while there could be objections to particular ballots or voting and counting procedures, it was unclear if such disputes would determine the final outcome.

Ned Foley, an election law expert at Ohio State University, said on Twitter that the Supreme Court “would be involved only if there were votes of questionable validity that would make a difference, which might not be the case.”

Benjamin Ginsberg, a longtime Republican election lawyer, said on CNN that any attempt to toss out legally cast votes would likely “be viewed by any court including the Supreme Court as just a massive disenfranchisement that would be frowned upon.” Ginsberg represented George W. Bush’s presidential campaign in 2000 when the Supreme Court ended a recount in Bush’s favor against Democrat Al Gore.

Trump attorney Jenna Ellis on Wednesday defended Trump’s bid to challenge the vote count and evaluate his legal options. “If we have to go through these legal challenges, that’s not unprecedented,” Ellis told Fox Business Network in an interview. “He wants to make sure that the election is not stolen.”

Bringing a case to federal court immediately was one possibility, she added, without giving further details. “We have all legal options on the table.”

The case closest to being resolved by the Supreme Court is an appeal currently pending before the justices in which Republicans are challenging a September ruling by Pennsylvania’s top court allowing mail-in ballots that were postmarked by Election Day and received up to three days later to be counted.

The Supreme Court previously declined to fast-track an appeal by Republicans. But three conservative justices left open the possibility of taking up the case again after Election Day.

Even if the court were to take up the case and rule for Republicans, it may not determine the final vote in Pennsylvania, as the case only concerns mail-in ballots received after Nov. 3.

If Biden secures 270 electoral votes without needing Pennsylvania, the likelihood of a legal fight in that state diminishes in any case, legal experts said.

And any challenge would also need to make its way through the usual court hierarchy.

“I think the Court would summarily turn away any effort by the President or his campaign to short-circuit the ordinary legal process,” said Steve Vladeck, a professor at the University of Texas at Austin School of Law.