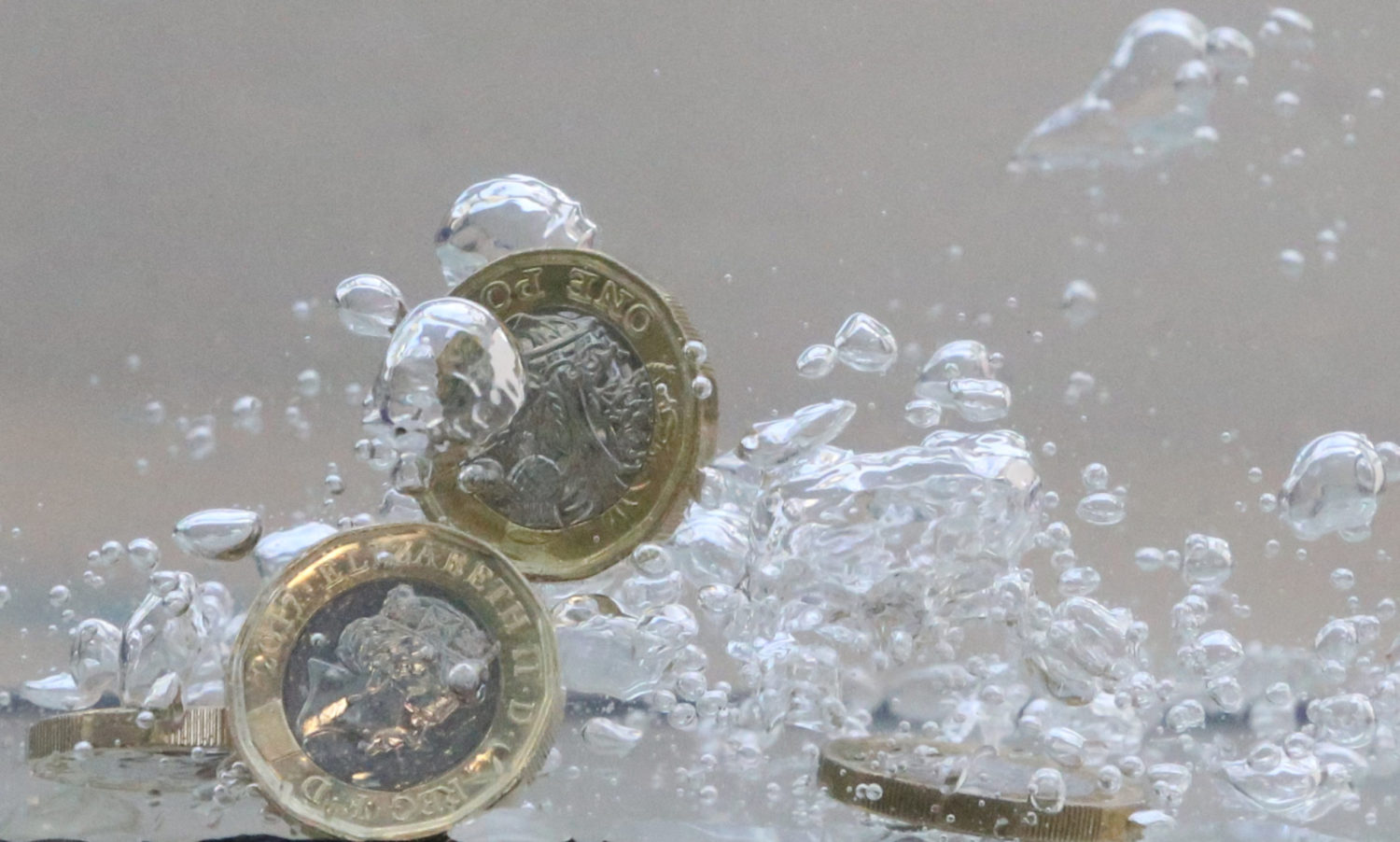 LONDON (Reuters) – Sterling fell below $1.25 on Tuesday for the first time in a week and reached a 14-day low against the euro after data showed Britain’s economy was recovering more slowly than forecast.

Gross domestic product rose by 1.8% in May after falling by a record 20.8% in April, the Office for National Statistics said, well below forecasts in a Reuters poll.

“You saw sterling moving lower almost immediately after the announcement and it was a big disappointment and I think that it’s also the realization that maybe the V-shaped recovery doesn’t apply to the UK to the same extent,” said Morten Lund, an analyst at Nordea.

Adding to fears was a warning from authorities that another, more deadly COVID-19 wave could kill up to 120,000 Britons over the winter.

Broad dollar weakness has allowed sterling to gain around 0.7% versus the greenback this month but against the euro it has lost 0.5% since the start of July.

Money markets price in the Bank of England’s cutting rates below 0% only next March. But government two-year bond yields plumbed a record low around minus 0.16% and 10-year yields slipped 2.5 basis points to 0.14%.

FTSE mid-cap shares, which tend to be mostly domestically oriented, fell 1.6% versus a 0.6% decline for the exporter-laden FTSE100.

Investors are also waiting for more news on Britain’s negotiations with the European Union on concluding a trade deal for the post-Brexit period. Britain left the bloc on Jan. 31, with a one-year transition period to iron out a future relationship.

“My feeling is the market is not fully pricing in the likelihood of a hard Brexit,” said Colin Asher at Mizuho.

“There has been very little progress on negotiations and even if there is a deal, there’s not much time to put a lot in it.” 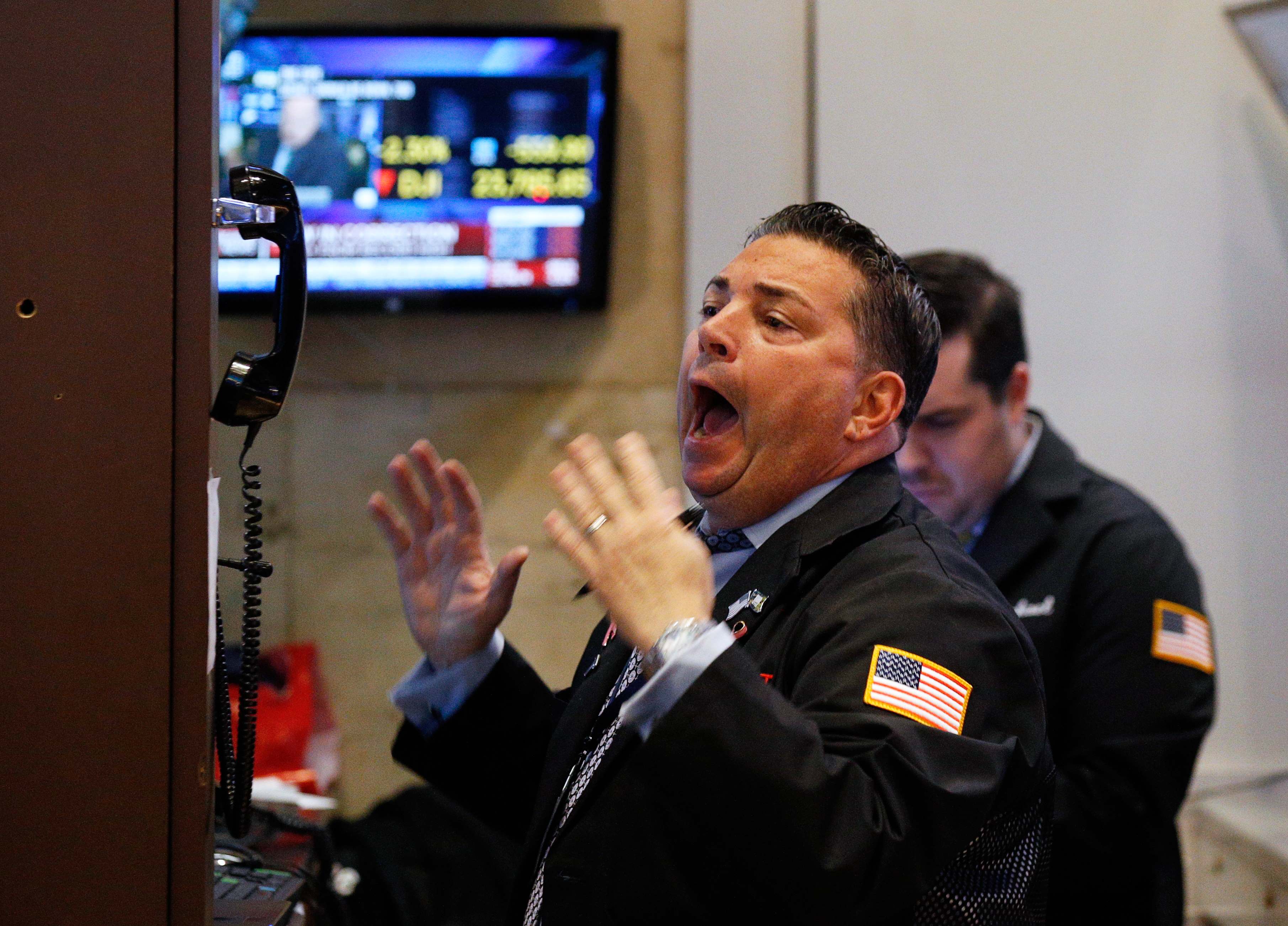 (Reuters) – U.S. stock markets bounced after a torrid opening on Tuesday, bargain-hunters and gains for Apple pushing the tech-heavy Nasdaq and the Dow Jones Industrial Average into positive territory after two days of heavy losses.

Both the S&P 500 and the Dow sank more than 4 percent on Monday, their biggest falls since August 2011, as concerns over rising U.S. interest rates and government bond yields hit record-high valuations of stocks.

New York’s three main indexes sank as much as 2 percent on the opening bell but they quickly moved back into positive territory. 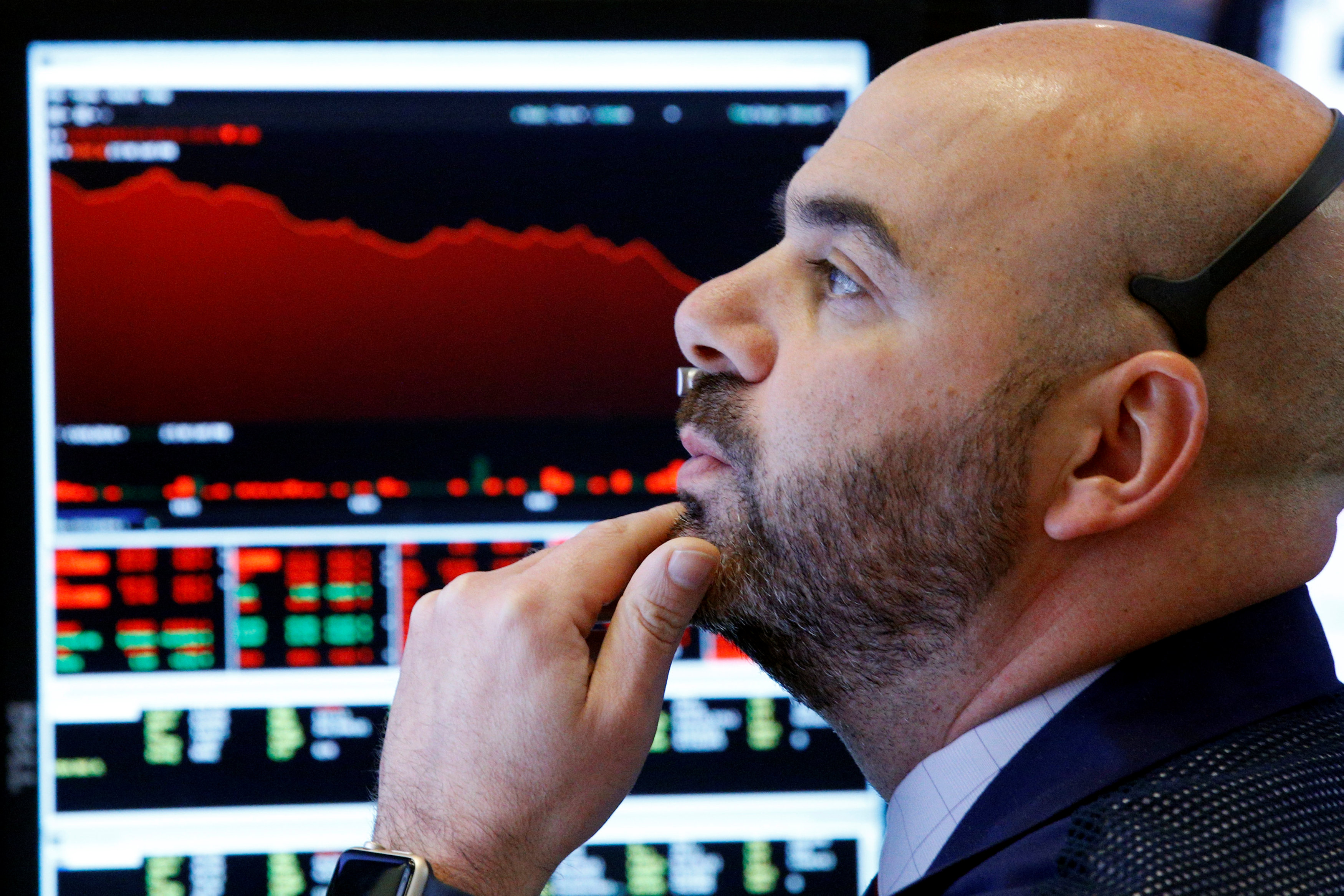 The benchmark S&P 500 and the Dow suffered their biggest percentage drops since August 2011 as a long-awaited pullback from record highs deepened.

The financial, healthcare and industrial sectors fell the most, but declines were spread broadly as all major 11 S&P groups dropped at least 1.7 percent. All 30 of the blue-chip Dow industrial components finished negative.

Many investors have been bracing for a pullback for months, as the stock market has minted record high after record high with investors encouraged by solid economic data and corporate earnings prospects, the latter bolstered by recently passed U.S. corporate tax cuts.

Friday’s January jobs report sparked worries over inflation and a surge in bond yields, as well as concerns that the Federal Reserve will raise rates at a faster pace than expected.

“The market has had an incredible run,” said Michael O’Rourke, chief market strategist At JonesTrading In Greenwich, Connecticut.

“We have an environment where interest rates are rising. We have a stronger economy so the Fed should continue to tighten … You’re seeing real changes occur and different investments are adjusting to that,” O’Rourke said.

Even with the sharp declines, stocks finished above their lows touched during the session. At one point, the Dow fell 6.3 percent or 1,597 points, the biggest one-day points loss ever, as it breached both the 25,000 and 24,000 levels during trading.

The stock market has climbed to record peaks since President Donald Trump’s election and remains up 23.8 percent since his victory. Trump has frequently touted the rise of the stock market during his presidency.

As the stock market fell on Monday, the White House said the fundamentals of the U.S. economy are strong.

Until recently, gains for stocks have come as the market has been relatively subdued, and any declines were met with buyers looking for bargains.

“People who have been buying the dip are now going to be selling the rip,” said Dennis Dick, a proprietary trader at Bright Trading LLC in Las Vegas. “The psychology of the market changed today. It’ll take a while to get that psychology back.”

About 11.5 billion shares changed hands in U.S. exchanges, well above the 7.6 billion daily average over the last 20 sessions.

Declining issues outnumbered advancing ones on the NYSE by a 8.64-to-1 ratio; on Nasdaq, a 6.92-to-1 ratio favored decliners. 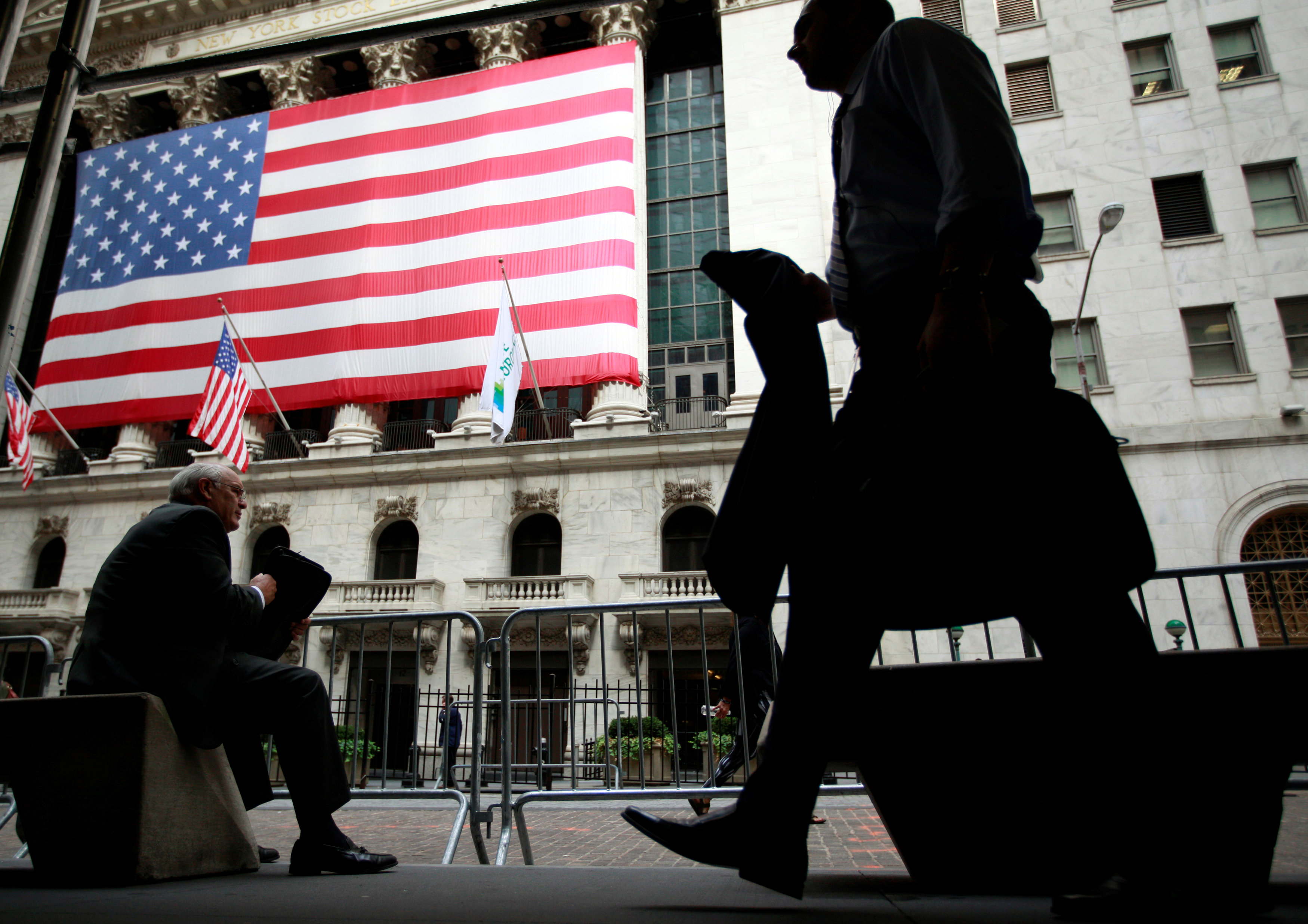