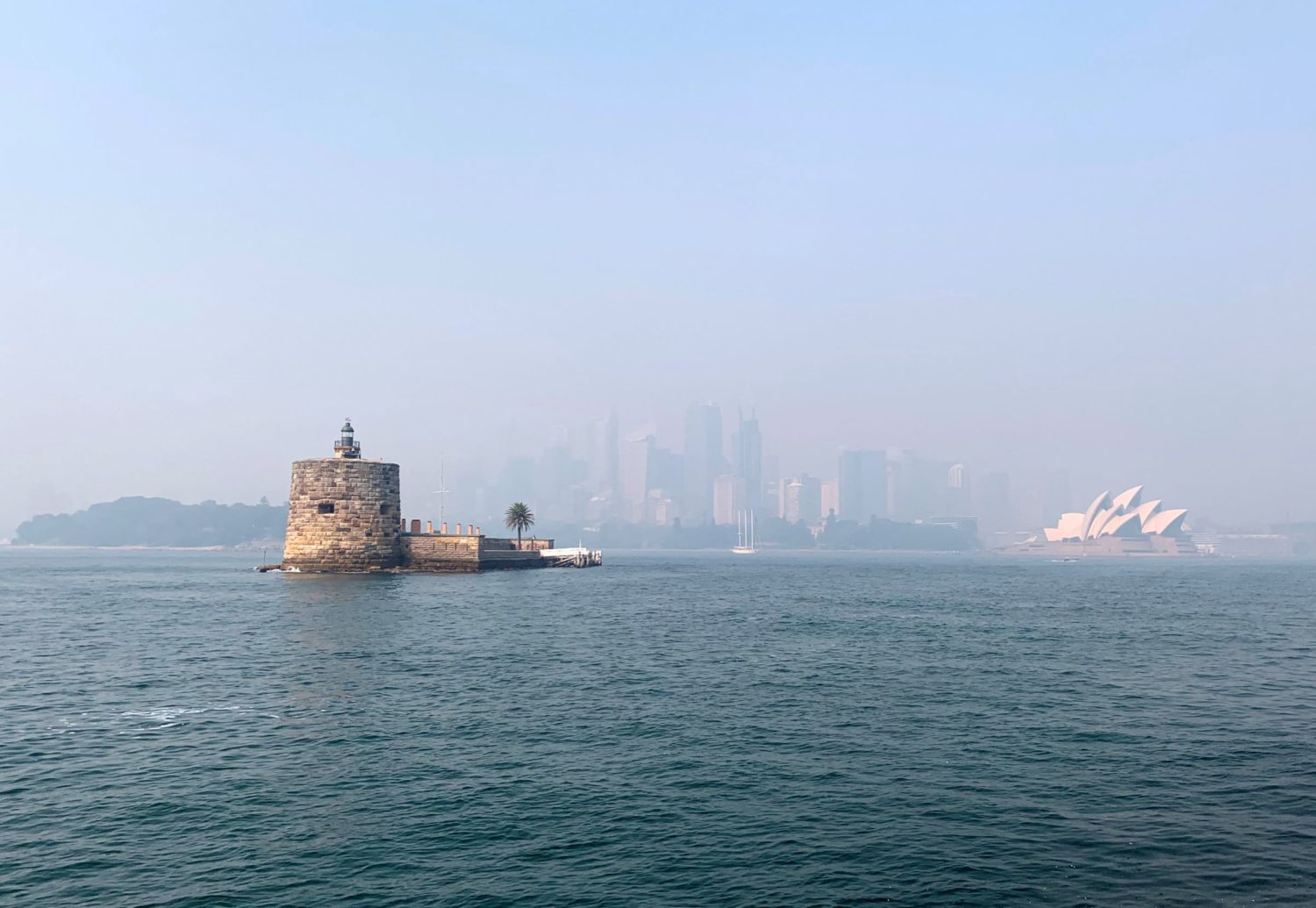 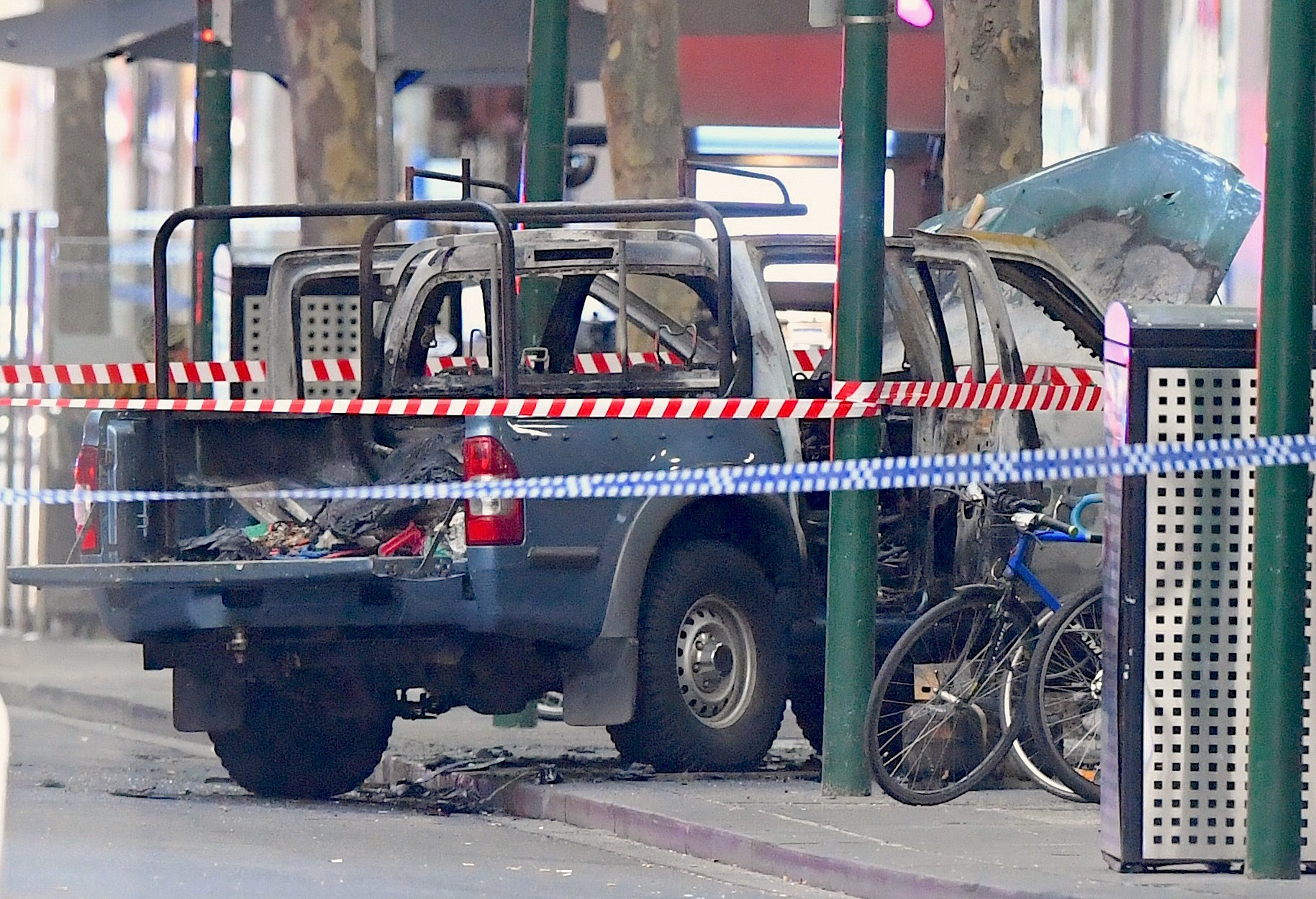 By Tom Westbrook and Sonali Paul

SYDNEY/MELBOURNE (Reuters) – A Somali-born man set fire to a pickup truck laden with gas cylinders in the center of the Australian city of Melbourne on Friday and stabbed three people, killing one, before he was shot by police in a rampage they called an act of terrorism.

Islamic State claimed responsibility for the attack, without providing any evidence.

The cylinders did not explode and the fire was put out in 10 minutes, by which point the attack was over.

Video posted to Twitter and broadcast on television showed the man swinging a knife at two police officers, while his truck burned in the background.

One of the officers shot the man and he collapsed to the ground clutching his chest, the video showed. Other footage showed two stab victims lying on the ground nearby.

The attacker, who police said was 31, died in hospital, as did one of the victims, Ashton said. “From what we know of that individual, we are treating this as a terrorism incident,” he said of the attacker.

Asked about what the attacker had been planning, Ashton referred to the gas cylinders in the car and said: “You could make certain assumptions from that.”

Victoria police declined to comment when contacted about Islamic State’s claim. The militant group also claimed responsibility for a deadly siege in the city in 2017 when a Somali man was killed by police after taking a woman hostage.

Ashton said there was no longer a threat to the public, but that security would be boosted at horse races and Remembrance Day memorials over the weekend. 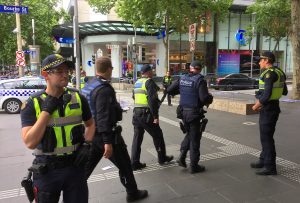 Policemen stop members of the public from walking towards the Bourke Street mall in central Melbourne, Australia, November 9, 2018. REUTERS/Sonali Paul

Police did not identify the attacker but Ashton said the man was known to them and intelligence authorities because of family associations.

All of the victims were men, Ashton said. He declined to release their names because police were still in the process of contacting families.

Police later said the two wounded men were aged 26 and 58.

Asked if the attacker had recently traveled to Syria he said: “That is something we might be able to talk more about tomorrow.”

A staunch U.S. ally, Australia has been on alert for such violence after a Sydney cafe siege in 2014, and its intelligence agencies have stepped up scrutiny, though there was no warning of the latest attack.

Authorities say Australia’s vigilance has helped to foil at least a dozen plots, including a plan to attack downtown Melbourne at Christmas in 2016.

Prime Minister Scott Morrison said in a statement released on Twitter: “Australia will never be intimidated by these appalling attacks.”

Video posted to social media showed chaotic scenes as bystanders scattered while the attacker fought with police and his victims lay bleeding on the footpath.

One man charged at the tall attacker, who was wearing a long black shirt, with a shopping trolley just before police drew their weapons.

A witness, Markel Villasin, told Australian Broadcasting Corporation radio: “Bystanders were yelling out ‘just shoot him, just shoot him’.” They did.

Warning text messages were sent after the attack and police sealed off the downtown area, usually busy with shoppers and diners on a Friday evening. Some cordons were lifted later, though the immediate crime scene would be sealed until Saturday, police said.

Memories remain fresh of a fatal but not terror-related attack on the same street last year, in which a man drove his car at pedestrians at high speed, killing six people and wounding about 30. That prompted the city to install hundreds of security bollards. The driver is on trial.

In December 2014, two hostages were killed during a 17-hour siege by a “lone wolf” gunman, inspired by Islamic State militants, in a cafe in Sydney. 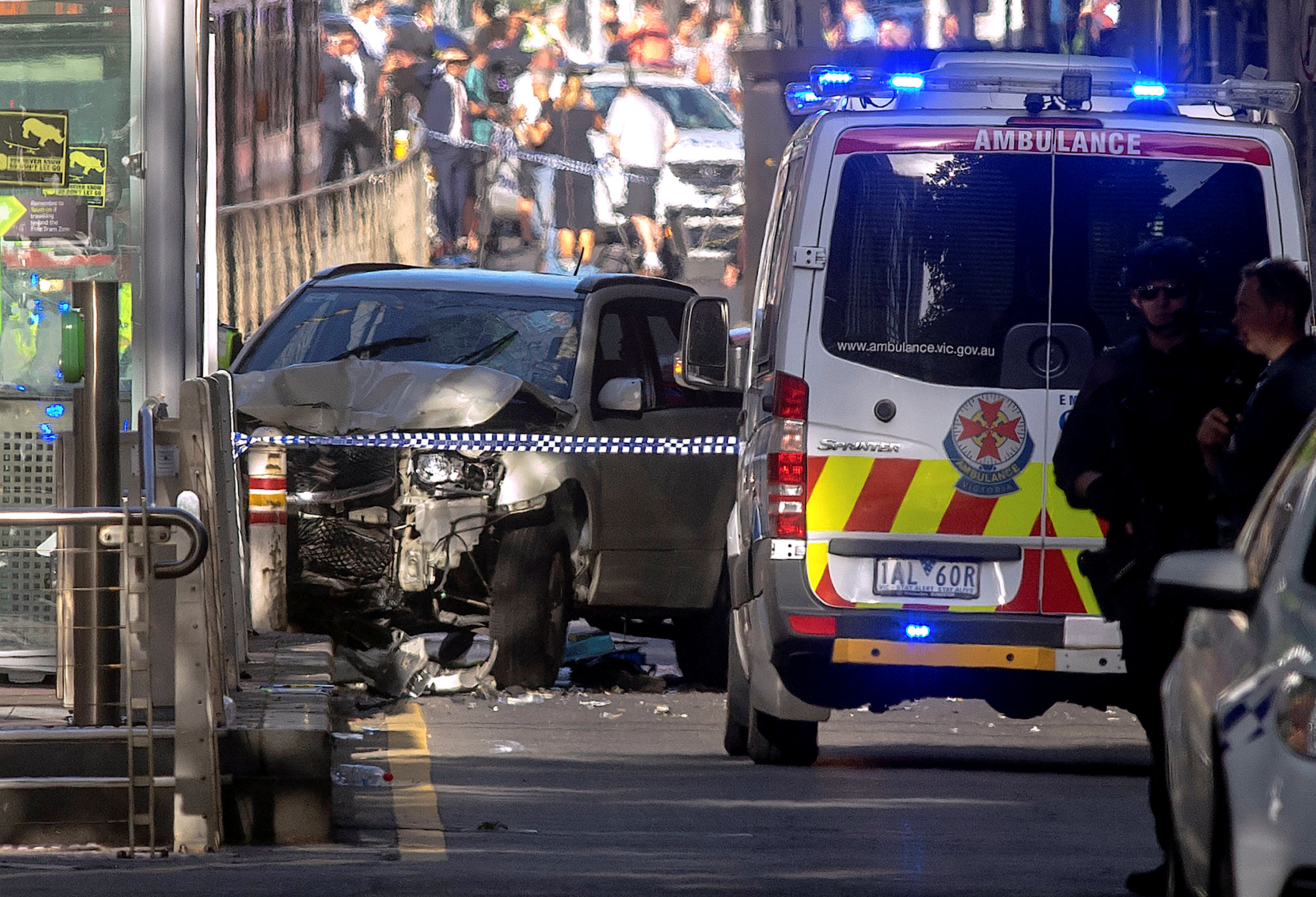 By Melanie Burton and Byron Kaye

MELBOURNE (Reuters) – An Australian man of Afghan descent with a history of mental health issues drove a car into Christmas shoppers in the city of Melbourne on Thursday, injuring 19 people, but police said they did not believe the attack was terror-related.

In January, four people were killed and more than 20 injured when a man drove into pedestrians just a few hundred meters away from Thursday’s attack. That too was not a terror attack.

Jim Stoupas, the owner of a donut shop at the scene, told Reuters the vehicle was traveling up to 100 kph (62 mph) when it drove into the intersection packed with people, hitting one person after another.

Police said they detained the 32-year-old driver, an Australian of Afghan descent with a history of assault, drug use and mental health issues.

“At this time, we don’t have any evidence or intelligence to indicate a connection with terrorism,” said the acting chief commissioner of Victoria State, Shane Patton.

Four of the injured were in critical condition, including a pre-school aged boy who suffered a head injury.

Police also detained a 24-year-old man at the scene who was filming the incident and had a bag with knifes.

Patton said it was “quite probable” the 24-year-old was not involved.

The men had not been charged and their names have not been released by police.

The attack took place on Flinders Street, a major road that runs alongside the Yarra River, in the central business district of Australia’s second-biggest city.

Melbourne has installed about 140 concrete bollards in the city center to stop vehicle attacks by militants similar to recent attacks in Europe and the United States.

“Our thoughts and prayers are with the victims and the emergency health workers who are treating them,” Prime Minister Malcolm Turnbull said in a post on his official Twitter account.

Australia has been on a “high” national threat level since 2015, citing the likelihood of attacks by Australians radicalized in Iraq and Syria.

Two hostages were killed during a 17-hour siege by a “lone wolf” gunman, inspired by Islamic State militants, in a cafe in Sydney in December 2014.