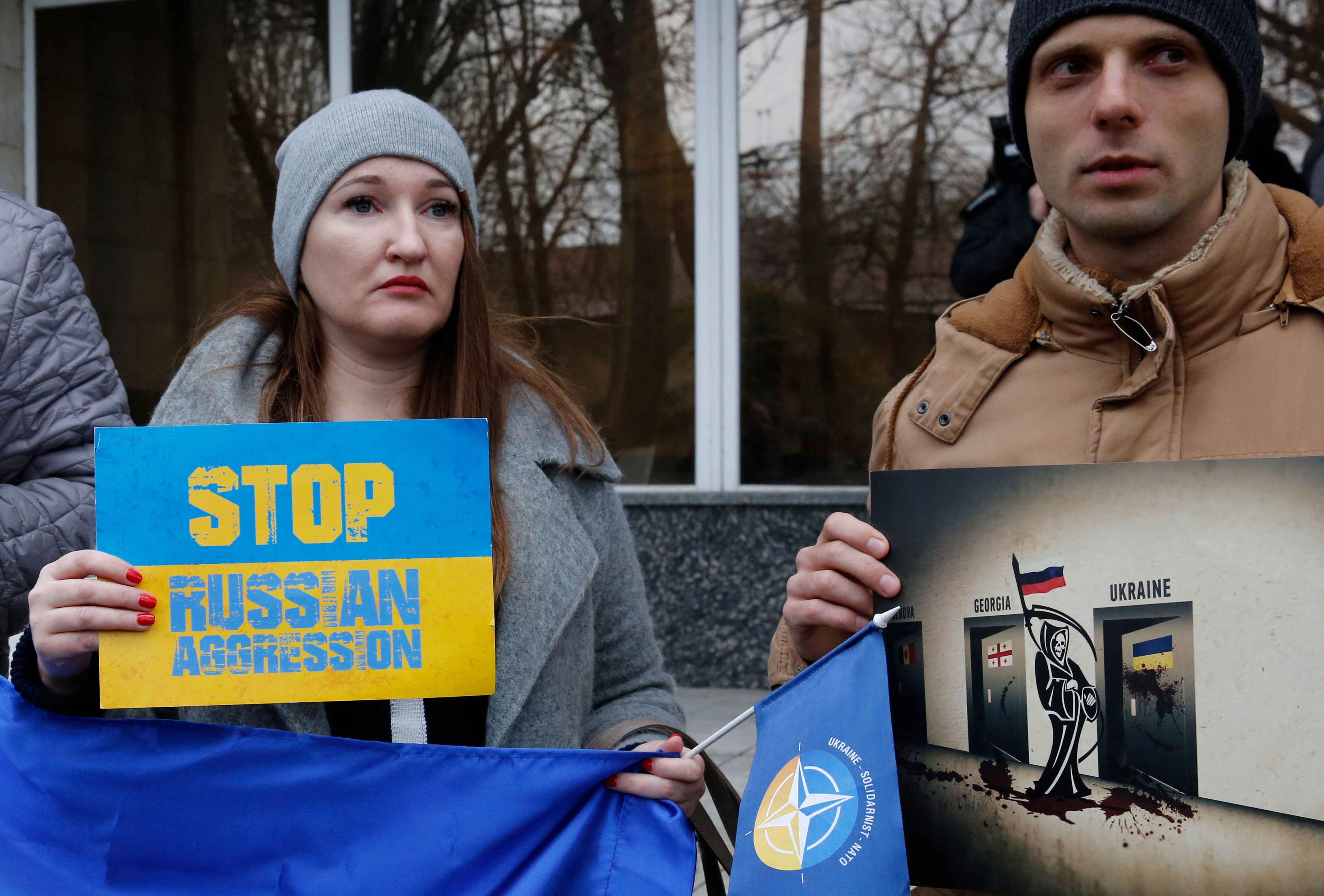 MOSCOW/KIEV (Reuters) – Russia on Monday ignored Western calls to release three Ukrainian naval ships it fired on and captured near Crimea at the weekend and accused Kiev of plotting with its Western allies to provoke a conflict. 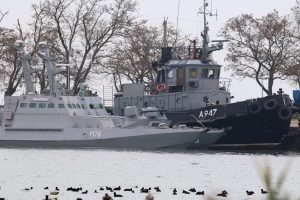 Kiev, in turn, accused Russia of military aggression and put its armed forces on full combat alert, saying it reserved the right to defend itself. Ukrainian lawmakers were due to decide whether to introduce martial law for two months later on Monday, a move President Petro Poroshenko has backed.

With relations still raw after Russia’s 2014 annexation of Crimea from Ukraine and its backing for a pro-Moscow insurgency in eastern Ukraine, the crisis risks pushing the two countries towards a wider conflict and there were early signs it was renewing Western calls for more sanctions on Moscow.

They had been trying to enter the Sea of Azov from the Black Sea. The FSB said it had opened a criminal case into what it called the ships’ illegal entry into Russian territorial waters.

On Monday maritime traffic resumed in the Kerch Strait, which separates Crimea from the Russian mainland, but Moscow showed no sign of releasing the ships and their crew. 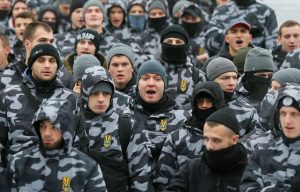 Activists of far-right parties attend a rally to support the Ukrainian navy after Russia seized two Ukrainian armored artillery vessels and a tugboat in the Black Sea on Sunday, in central Kiev, Ukraine November 26, 2018. REUTERS/Gleb Garanich

The stand-off is more combustible now than at any time in the past four years because Ukraine has rebuilt its armed forces, previously in disarray, and has a new generation of commanders who are confident and have a point to prove.

Kiev is also strengthened by the knowledge that most Western governments, especially Washington, lean towards Ukraine and are liable to view Russia’s version of events with some skepticism.

NATO called an emergency meeting with Ukraine on Monday after the alliance’s head Jens Stoltenberg held a phone call with Poroshenko. He offered NATO’s “full support for Ukraine’s territorial integrity and sovereignty.”

Domestic politics adds to the combustibility of the situation. Poroshenko faces a tough re-election fight early next year, with opinion polls showing him trailing his opponents.

Russia’s President Vladimir Putin has also seen his high approval rating fall because of unpopular domestic policies. In the past, successful military action beyond Russia’s borders has buoyed his popularity.

Using bellicose language, the Russian foreign ministry accused Kiev of deliberately staging what it called a provocation to harm Russian interests and said it would react harshly to any attempts to undermine its sovereignty,

“It’s obvious that this painstakingly thought-through and planned provocation was aimed at igniting another source of tension in the region in order to create a pretext to ramp up sanctions against Russia,” the ministry said in a statement. 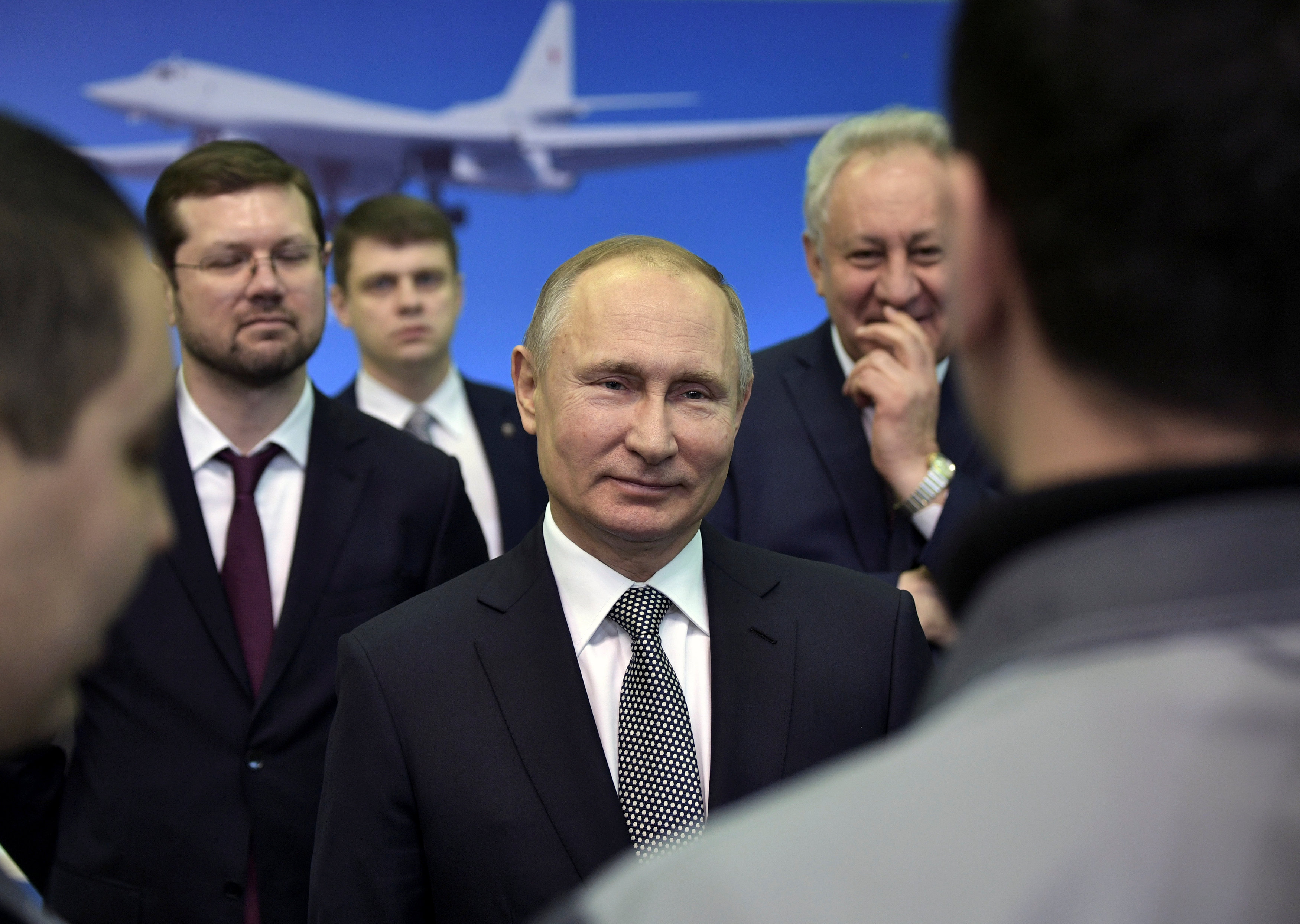 “The plan for the Russians won’t be for landing craft to appear in the South Bay in Scarborough, and off Brighton Beach,” defence minister Gavin Williamson, tipped as a possible successor to May, was quoted as saying by The Telegraph.

The Kremlin, which under Vladimir Putin has clawed back some of the global influence lost when the Soviet Union collapsed, has denied meddling in elections in the West. It says anti-Russian hysteria is sweeping through the United States and Europe.

Williamson said Russia was look at ways to attack Britain.

“Why would they keep photographing and looking at power stations, why are they looking at the interconnectors that bring so much electricity and so much energy into our country,” he was quoted as saying.

“If you could imagine the domestic and industrial chaos that this would actually cause. What they would do is cause the chaos and then step back.”

“This is the real threat that I believe the country is facing at the moment,” he said.

The Russian Defence Ministry said on Friday that Williamson’s comments showed he had lost his understanding of what was reasonable, RIA news agency reported.

“It is likely he has lost his grasp on reason,” RIA quoted ministry spokesman Igor Konashenkov as saying. 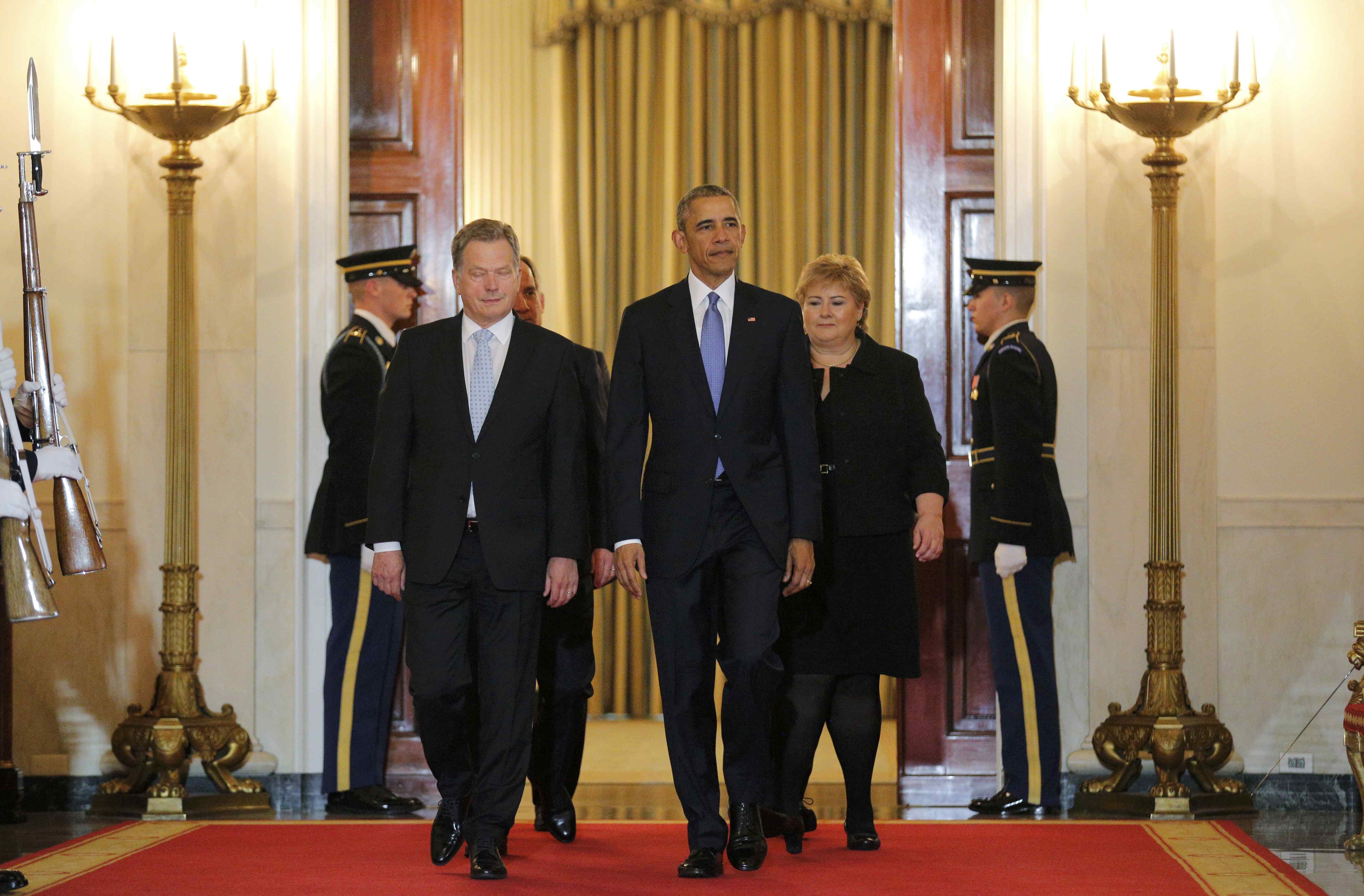 WASHINGTON (Reuters) – The leaders of Sweden, Denmark, Finland, Norway and Iceland will be treated to the pomp of a White House state visit on Friday, a summit where Russia’s military aggression will top the agenda.

President Barack Obama will welcome the leaders for talks focused on pressing global security issues, including the crisis in Syria and Iraq that has led to a flood to migrants in Europe.

“It is a way of sending a signal that the United States is deeply engaged when it comes to the security of the region, and we will be actively discussing what steps we can collectively take to improve the situation,” said Charles Kupchan, Obama’s senior director for European affairs.

Kupchan declined comment on specific measures the White House hopes to emerge from the summit.

Obama will be limited in what he can promise by the political calendar, given that his second and final term ends next year on Jan. 20. Americans are set to hold presidential elections on Nov. 8.

The visit will culminate in a star-studded state dinner in a tent with a transparent ceiling, with lighting, flowers and ice sculptures evoking the northern lights.

Obama is expected to laud the humanitarian and environmental accomplishments of his guest nations, who have been key supporters of an international deal to curb climate change that the White House sees as a key part of Obama’s legacy.

“The president has often said, ‘Why can’t all countries be like the Nordic countries?'” Kupchan said.