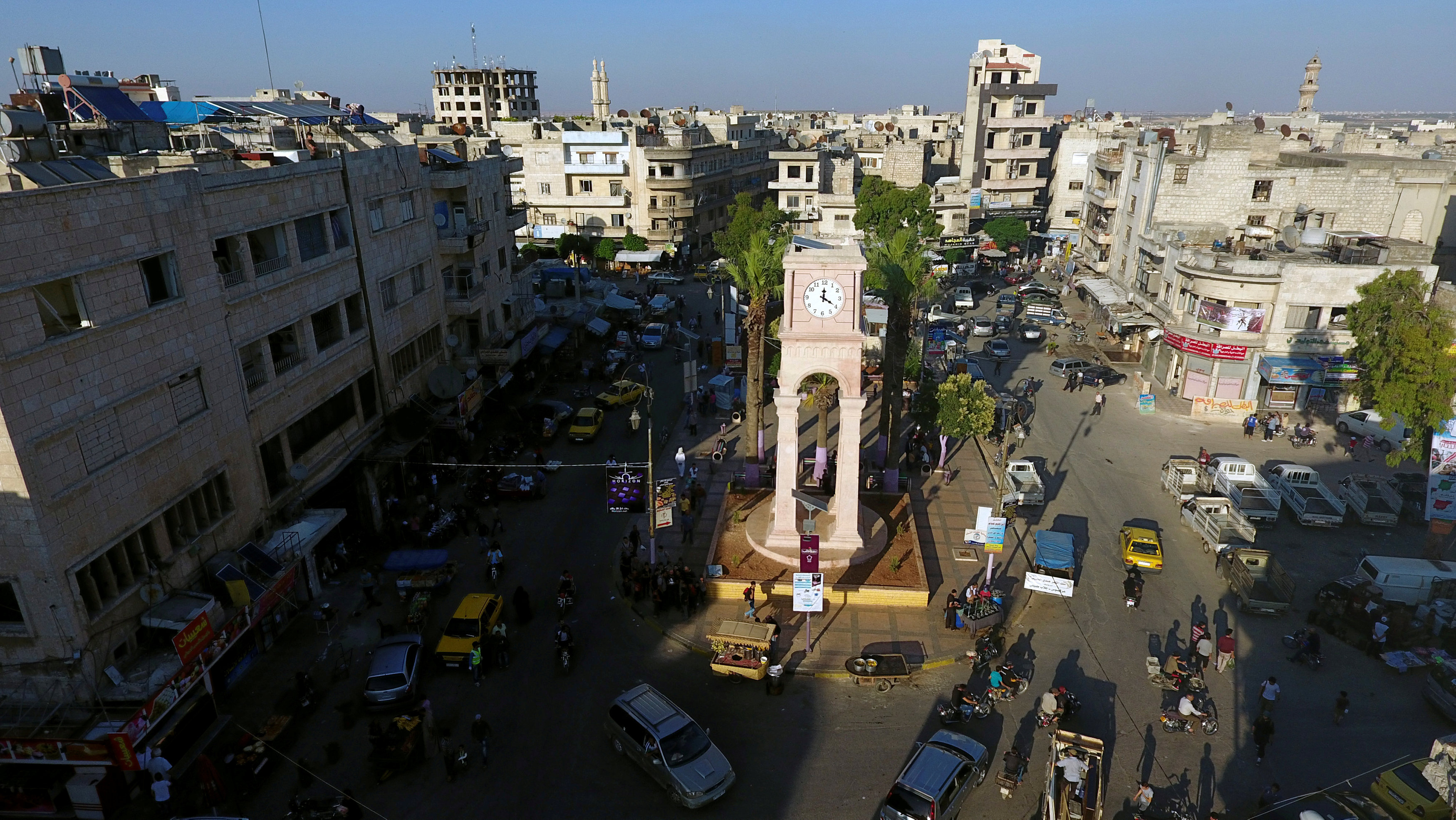 BEIRUT (Reuters) – The Syrian military shelled the last stronghold of active rebellion against President Bashar al-Assad on Wednesday as a war monitor said insurgents blew up another bridge in anticipation of a government offensive.

Damascus, backed by allies Russia and Iran, has been preparing an assault to recover Idlib and adjacent areas of the northwest and resumed air strikes along with Russia on Tuesday after weeks of lull.

Idlib’s fate now appears likely to rest on the results of Friday’s Tehran summit between the leaders of Russia, Turkey and Iran – a meeting that Russian deputy foreign minister Sergei Ryabkov on Wednesday said would make the situation “clearer”.

Russia’s Defence Ministry said Tuesday’s air strikes had only targeted militants and not struck populated areas. The Syrian Observatory for Human Rights war monitor said they had killed 13 civilians, including children, but no fighters.

The ministry said it had targeted buildings used to store weapons and explosives including a facility used to assemble explosive-packed drones that rebels have used to attack Russian planes stationed at Hmeymim air base.

Syrian state media and the Syrian Observatory for Human Rights reported that pro-government forces focused their shelling overnight and on Wednesday on the western and southern edges of the rebel enclave.

The countryside around Jisr al-Shughour in the west of the enclave was also the main target for Tuesday’s air strikes, rescue workers, a rebel source and the British-based Observatory said.

Turkey, which has a small military presence in observation posts it has erected along the frontlines between rebels and government forces, reiterated its warnings against an offensive.

Its president, Tayyip Erdogan, was quoted by a Turkish newspaper saying an attack on Idlib would be “a serious massacre” and he hoped for a positive outcome from a summit with Russian and Iranian leaders on the matter on Friday.

The prospect of an offensive in Idlib has alarmed humanitarian agencies. The United Nations has said displaced people already make up about half of the 3 million people living in rebel-held areas of the northwest.

The human rights group Amnesty International said in a statement on Wednesday that the lives of “millions of people in Idlib are now in the hands of Russia, Turkey and Iran”, and urged all parties not to attack civilians.

Idlib’s rebel factions are divided, with a jihadist alliance that includes al Qaeda’s former official Syrian affiliate holding most ground. The alliance, Tahrir al-Sham, is designated a terrorist organization by the United Nations.

Russia has described Idlib as a “nest of terrorists” and a “festering abscess” that must be resolved. The United Nations Syria envoy Staffan de Mistura on Tuesday urged Russia and Turkey to find a solution and avert a bloodbath.

Several other factions in Idlib, including some that fought under the banner of the Free Syrian Army, this year joined together into a new alliance backed by Turkey.

This grouping, known as the National Liberation Front, also holds several important areas in and around Idlib. On Wednesday, one of the factions in it, the Islamist Ahrar al-Sham group, destroyed a bridge on the western side of the enclave, the Observatory said.

Two other bridges were destroyed last week in anticipation of a government offensive, which a source close to Damascus has said is ready, and will be carried out in phases.