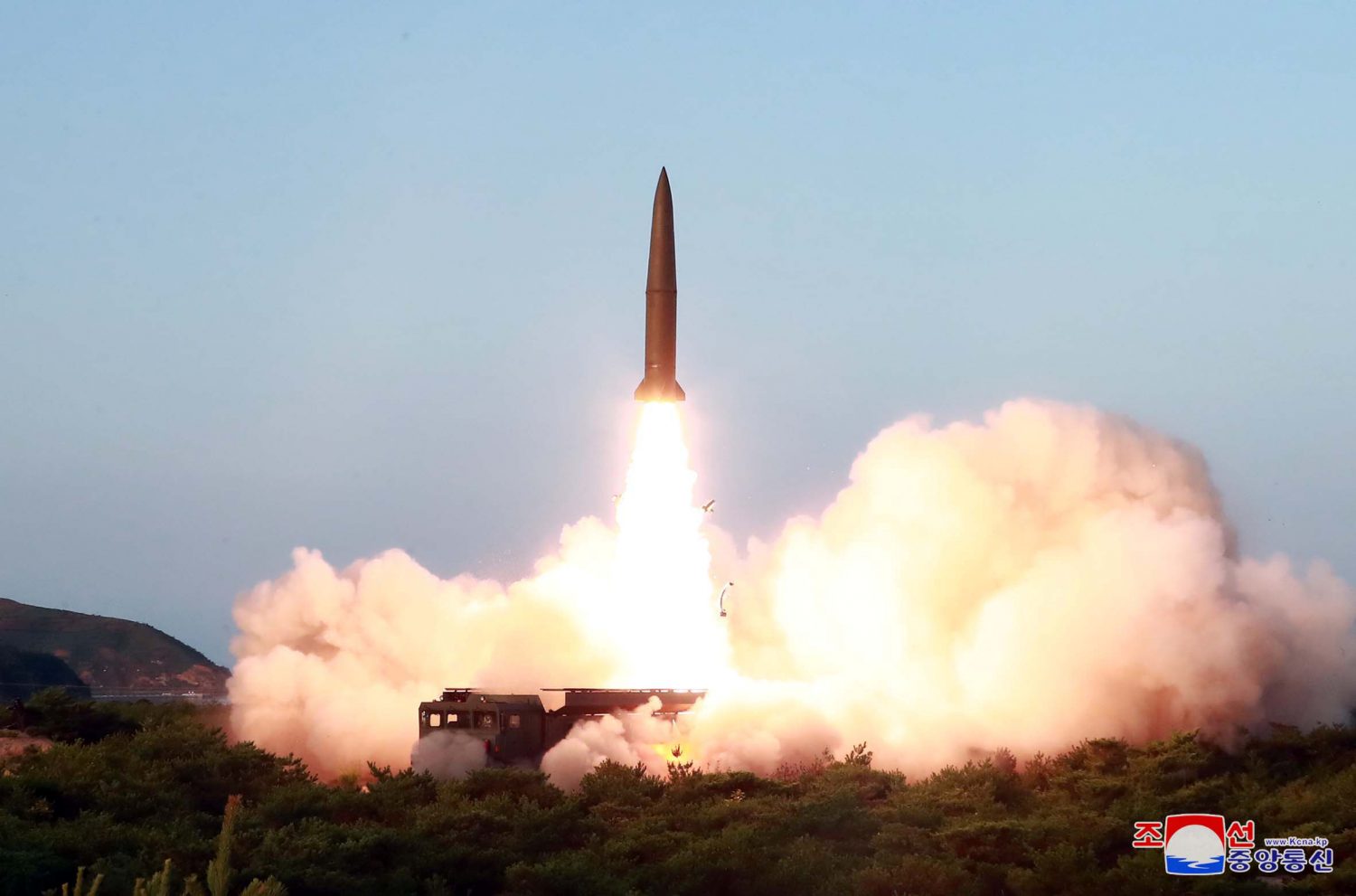 By Josh Smith and Hyonhee Shin

SEOUL (Reuters) – North Korean leader Kim Jong Un’s blistering criticism of South Korea as he oversaw his latest missile launch this week sparked new questions over the South’s role in mediating a nuclear deal between the North and the United States, analysts said.

South Korean President Moon Jae-in has been one of the most vocal proponents of engagement with the North, using last year’s Winter Olympics to host its delegations and then meeting Kim at summits filled with feel-good imagery, smiles, and hand-holding.

But Moon has been unable to convince Washington to ease sanctions and allow economic cooperation between the neighbors, nor has he persuaded Kim to take major steps toward giving up his nuclear weapons.

Kim may be impatient with what he sees as South Korea overpromising and underdelivering, said Jenny Town, a managing editor at 38 North, a U.S.-based project that studies North Korea.

“The North Koreans have made several statements challenging Moon to move forward, but obviously the situation has left Seoul unable to do so,” she said.

For his part, Moon said there had been “a lot of progress so far in inter-Korean relations and North Korea-U.S. relations, but we still have a long way to go.”

“I think the biggest challenge is national unity,” he added, in comments to a group of Buddhist leaders in Seoul.

North Korea’s growing frustration with its neighbor culminated in the missile tests as a protest against the South’s acquisition of new weapons, such as U.S. F-35 stealth fighters, and its participation in military drills with the United States.

Kim’s comments showed how skeptical North Korea has become regarding the South’s usefulness in talks with the United States, said Shin Beom-chul of the Asan Institute for Policy Studies in Seoul.

“To them, the South Korean government is only a nuisance,” he said. “So the message is either ‘Persuade the United States,’ or ‘Stay out of it.'”

Overseeing Thursday’s launches, Kim Jong Un said the new missiles had to be developed to neutralize the weapons being acquired by South Korea and turn them into “scrap iron”.

South Korea’s acquisition of American F-35 stealth fighter jets, the first of which arrived in March, would force its neighbor to develop and test “special armaments” to destroy the aircraft, the North had warned in mid-July.

While Moon has faced some domestic concern that national security could be affected by his North Korean pacts, from a no-fly zone to fewer guard posts and landmines along the heavily fortified border, he has also pushed ahead with plans to modernize and invest in the South’s already large military.

In January the defense ministry unveiled a plan to boost military spending for the next five years by an additional 270.7 trillion won ($228 billion).

“The state media report shows the North was still willing to maintain inter-Korean ties, as they mostly targeted the military forces, not the whole government,” said Kim Dong-yup, a professor at Kyungnam University’s Far East Institute in Seoul.

An official at Moon’s office said it would not comment on the state media report but the government remained committed to working to revive momentum for nuclear talks.

Poor relations have also prompted a show of reluctance by Pyongyang in accepting 50,000 tons of rice South Korea offered as food aid to its impoverished neighbor.

A South Korean official said the government discussed the plan with the World Food Programme, but Pyongyang had recently showed a “negative” attitude, citing the joint military drills. 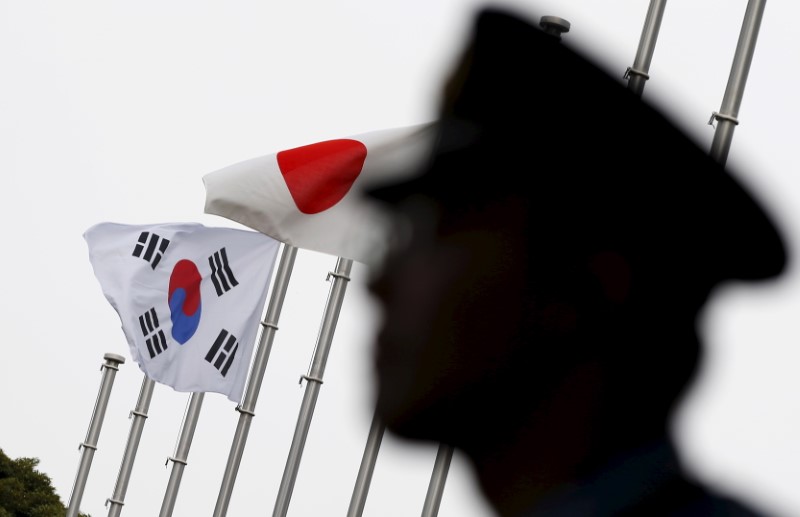 TOKYO (Reuters) – Japan and South Korea signed a preliminary pact to share and safeguard sensitive information on North Korea’s missile and nuclear activities on Monday, a move that had already prompted anger among opposition lawmakers in Seoul.

The signing of the General Security of Military Information Agreement had originally been expected in 2012, but South Korea postponed it amid domestic opposition against concluding such a security pact with Japan, a one-time colonial ruler.

Japan’s Foreign Ministry said in a statement that discussions in the third round of the talks had reached an agreement and that a provisional signing had taken place.

Discussions would continue ahead of a final signing, which Kyodo news agency said could take place by the end of November.

Reclusive North Korea, which is still technically at war with the South because their 1950-53 conflict ended in a truce, not a peace treaty, has carried out repeated nuclear and missile tests in defiance of U.N. Security Council resolutions and sanctions.

Tokyo’s ties with Seoul, plagued by a territorial dispute and Japan’s past military aggression, have warmed after reaching a landmark agreement last December to resolve the issue of Korean girls and women forced to work in Japan’s wartime brothels.