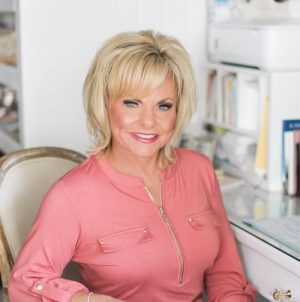 On Monday, May 6th at 7pm ct please join Dr. Lance Wallnau for a LIVE stream worship event!  Lance Wallnau is an internationally recognized speaker and business consultant and an incredible friend to Morningside.  He has shared platforms with best-selling authors Ken Blanchard and John Maxwell, and lectured at universities from Harvard and M.I.T.  Lance always delivers his message of transformation with relevance, wit and intensity. This amazing evening service will be followed on Tuesday, May 7th, when Dr. Wallnau will be joining Jim and Lori Bakker on stage at 11am for a live taping of The Jim Bakker Show.

Mother’s Day will be truly special this year at Morningside Church.  Please join us for our LIVE Stream service Sunday, May 12th at 10:30am ct with Lori Bakker as our speaker!  Lori’s roles at Morningside are vast.  Between co-hosting The Jim Bakker Show and taping her own show, “Life With Lori”, she has been the Mother to our entire ministry.  We are looking forward to hearing what God has laid on her heart as we celebrate all Mothers on this very special day.

Our Alaskan Friend, Ron Pratt will be returning for a live taping on The Jim Bakker Show, Thursday, May 16th at 11am on Grace Street at Morningside where he will introduce a brand new book. You can catch Ron and his family on their own show “Alaskan Missionaries” featured on the PTL Television Network.

Reverend Dr. Samuel Rodriguez, President of the National Hispanic Christian Leadership Conference, will be joining Jim and Lori on The Jim Bakker show for a live taping on Tuesday, May 28th at 11am. As an award-winning author, Rodriguez contributes to world-renowned publications such as The Washington Post, The Huffington Post, Outreach Magazine, Ministry Today, Enrichment Journal, Vida Cristiana, Christianity Today, Yale “Reflections” and others. He is also the author of Be Light: Shining God’s Beauty, Truth, and Hope in a Darkened World, which landed No. 1 on the LA Times Bestseller’s list.

On Thursday, May 30th at 11am favorite guests and incredible friends, Don and Mary Colbert will be here for a live taping of The Jim Bakker Show. Through his research and walk with God, Dr. Colbert has been given a unique insight that has helped thousands improve their lives.  Mary is a graduate of Rhema Bible School and is an ordained minister. Along with her husband of 35 years, she co-authored the New York Times bestseller Seven Pillars of Health and co-authored “The Trump Prophecies” with prophetic firefighter Mark Taylor.

Live Tapings of The Jim Bakker Show are always free to the public and we would love for you to join us!  If you will unable to attend, our shows are usually broadcasted within a week of taping. You can find where to tune in for your area by checking our TV schedule online and you can see where we are airing on our Broadcast listings page at jimbakkershow.com.

We would love for you to be a part of our LIVE stream events of Dr. Lance Wallnau, May 6th 7pm ct and the Mother’s Day message from Lori Bakker, Sunday, May 12th at 10:30am ct.  You can find us on the PTL Television Network channel on your Roku, Apple TV, Amazon Fire TV or go to the PTLnetwork.com or jimbakkershow.com websites.

(Reuters) – A blood-covered man carrying the severed head of his mother and a knife, walked into an Oregon grocery store on Mother’s Day and stabbed a clerk before being subdued, local law enforcement officials said.

Joshua Lee Webb, 36, faces charges of murder in the death of his mother, Tina Marie Webb, 59, and attempted murder for the attack on the clerk, Michael Wagner, who was recovering from his wounds in a hospital, according to the Clackamas County Sheriff’s Department.

Webb is being held in the Clackamas County Jail, the Sheriff’s Department said in a statement on Monday.

After Wagner, 66, was stabbed, he and other store employees subdued Webb and held him until police arrived, the Sheriff’s Department said.

At about the same time, police said they also responded to a call at the Webb home in Colton, about 12 miles away, where they found Webb’s mother dead. Webb lived with his parents, they said.

Police did not provide any details on what led to Tina Marie Webb’s murder. It was not immediately possible to contact Webb or identify an attorney representing him. 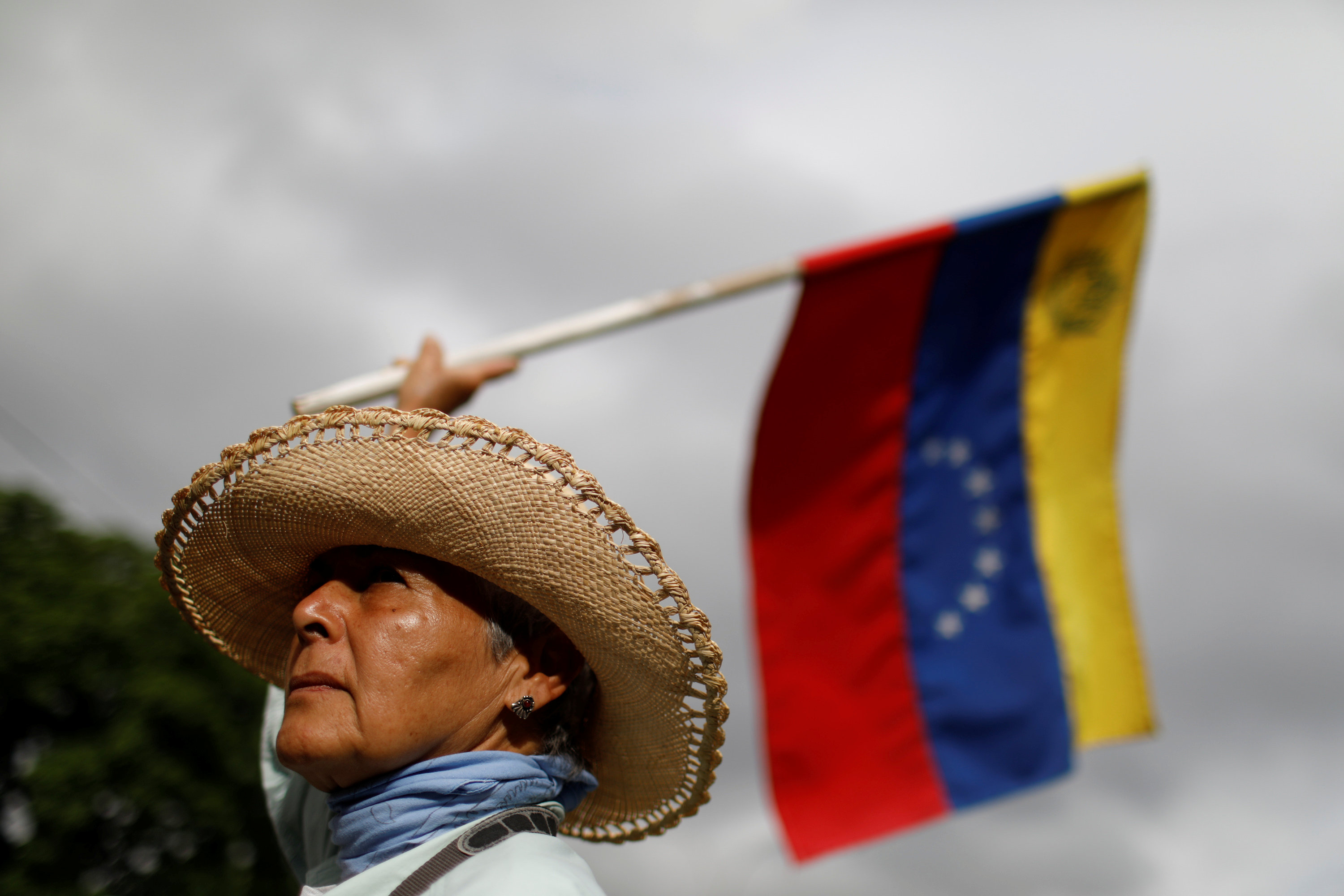 Demonstrators have been on the streets daily since early April to demand elections, freedom for jailed activists, foreign humanitarian aid to offset Venezuela’s economic crisis, and autonomy for the opposition-controlled legislature.

Maduro accuses them of seeking a violent coup.

Protesters have used constantly varying tactics. Some rode horses through Caracas on Saturday, women took letters and flowers to police and military posts on Sunday’s Mother’s Day, and hundreds were joining planned daylong sit-ins from 7 a.m. on Monday.

“I’m here for the full 12 hours. And I’ll be back every day there’s a protest, for as long as is necessary,” said human resources worker Anelin Rojas, 30, sitting cross-legged with a novel and earphones in the middle of Caracas’ main highway.

“Unfortunately, we are up against a dictatorship. Nothing is going to change unless we force them,” added Rojas, surrounded by banners saying “Resistance!” and “Maduro, Your Time Is Up!”

Using branches, rocks and garbage, demonstrators blocked the main Francisco Fajardo thoroughfare in Caracas from soon after dawn. Many brought chairs, mats and food to last the day.

There were similar protests in other major cities around the South American nation of 30 million people.

In western Tachira state, some farmers were striking on Monday in solidarity with the protesters. They gave away milk and cheese so it would not go to waste, witnesses said.

The opposition, which commands majority support after years in the shadow of the ruling socialists, is more united than during the last wave of anti-Maduro protests in 2014.

But they have been unable to stop violence in their ranks, with youths hurling stones and petrol bombs, vandalizing property and starting fires when security forces block marches with tear gas, pepper spray and water cannons.

At least 39 people have died, including protesters, government sympathizers, bystanders, and security forces, during six weeks of protests. Hundreds have also been hurt and arrested.

The current wave of protests, which have attracted hundreds of thousands of demonstrators on some days, has drawn greater support from the poor – who backed late leader Hugo Chavez massively but have soured on his successor Maduro and who have suffered most from four years of recession. But the main protests have still been taking place in middle class areas.

Maduro, 54, who narrowly won election to replace Chavez in 2013, says he is the victim of an international right-wing conspiracy that has already brought down leftist governments in Brazil, Argentina and Peru in recent years.

As international pressure on him grows, the European Union on Monday became the latest to call for elections in its most outspoken statement yet on the Venezuela crisis.

Authorities thwarted an opposition push for a referendum last year and have also delayed state gubernatorial elections. But Maduro vowed at the weekend the next presidential election, due in late 2018, would go ahead.

“We will thrash them!” he predicted, though pollsters widely foresee defeat for the ruling Socialist Party at any open vote.

The government is also setting up a controversial body called a constituent assembly, with authority to rewrite the constitution and shake up public powers.

Maduro says that is needed to bring peace to Venezuela, but foes view it as a cynical tactic to buy time and create a biased body that could perpetuate the socialists’ rule. 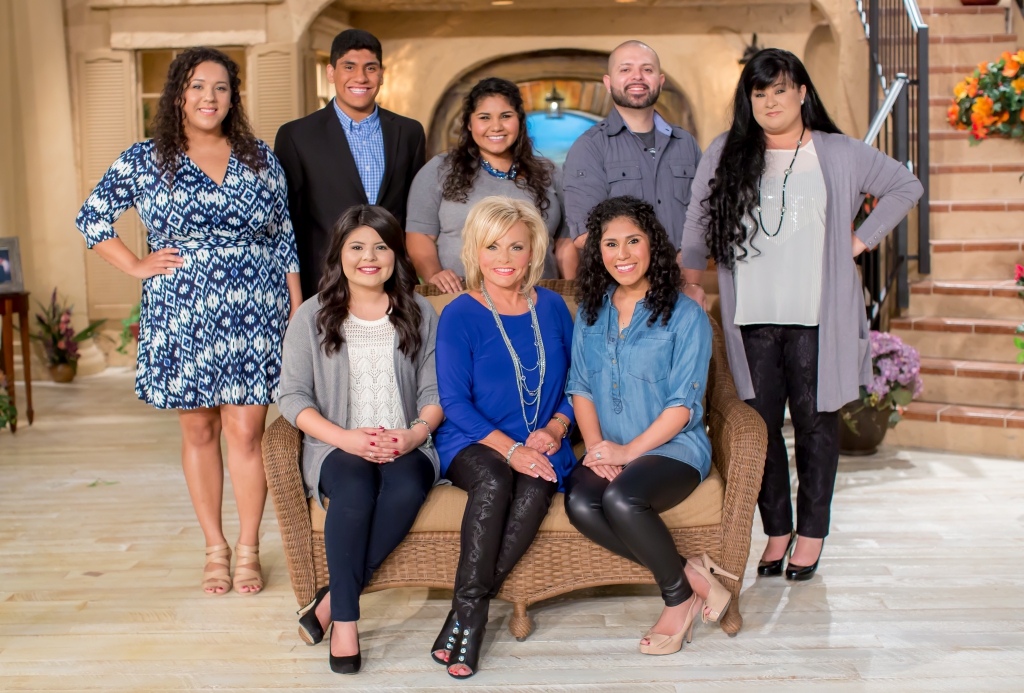 Years ago, God fulfilled a dream for all of us by bringing you into our lives!  You have always gone above and beyond as a mother and have never wavered for what God wanted for us. We know it has been hard for you sometimes.  You have held our hands when we were hurting, and rejoiced when we were happy. We appreciate so much how you have always strived to do your best as well as knowing when to be loving and when to be firm.   You never compromised when you knew what you felt was the right thing to do and stood strong through every struggle, always ready to share your wisdom.  When we have struggled, it has been your prayers that lifted us up and helped us move forward.  Most important of all, you have loved us, each of us…unconditionally. In so many ways you have shown us how special we are to your heart. END_OF_DOCUMENT_TOKEN_TO_BE_REPLACED