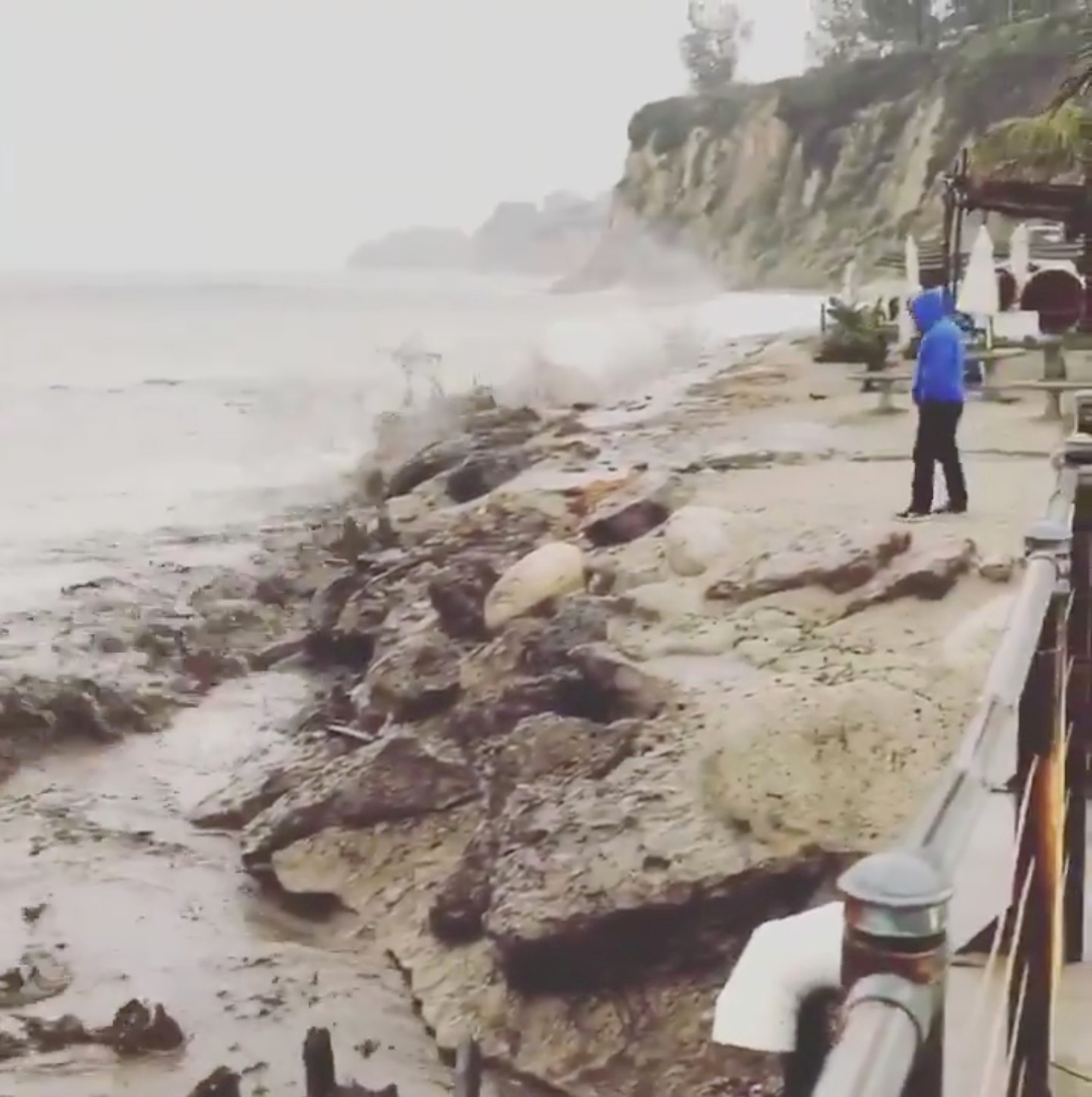 LOS ANGELES (Reuters) – Heavy rains and the threat of mudslides in Southern California forced the closure of a key coastal highway near Malibu on Thursday and prompted authorities to order evacuations of almost 3,000 residents from hillside areas scarred by recent wildfires.

The same Pacific storm also brought snow to the region’s high country, leading to the temporary closure of a stretch of Interstate 5 called the Grapevine, a major truck route that traverses a mountain pass north of Los Angeles, officials said.

The storm, which led the National Weather Service to issue flash-flood warnings for parts of Southern California, heightened concerns about the long-term risk of mudslides and debris flows around communities where wildfires have stripped foothills and canyon slopes of vegetation.

“The fires have generated some risks that we need to be aware of and be cautious of for several years into the future,” Cindy Matthews, a senior National Weather Service hydrologist, said.

About 2,700 people were ordered evacuated from Lake Elsinore and surrounding Riverside County communities about 60 miles (100 km) east of Los Angeles, where rains threatened to unleash rivers of mud, boulders and other debris down hillsides, according to California Department of Forestry and Fire Protection (Cal Fire) Captain Fernando Herrera.

Some mudflows occurred on Thursday in the area, burned earlier this year by the Holy fire, but no major property damage was reported, Herrera said.

The threat of mudslides in the Woolsey Fire zone around Malibu was not deemed severe enough to trigger evacuations there, Los Angeles County Fire Department spokesman Tony Imbrenda said.

However, as a heavy debris flow smothered a nearby section of Pacific Coast Highway, forcing authorities to close that stretch of the scenic highway for a few hours.

In all, the storm dumped more than 3 inches (8 cm) of rain in some parts of Southern California, according to the National Weather Service.