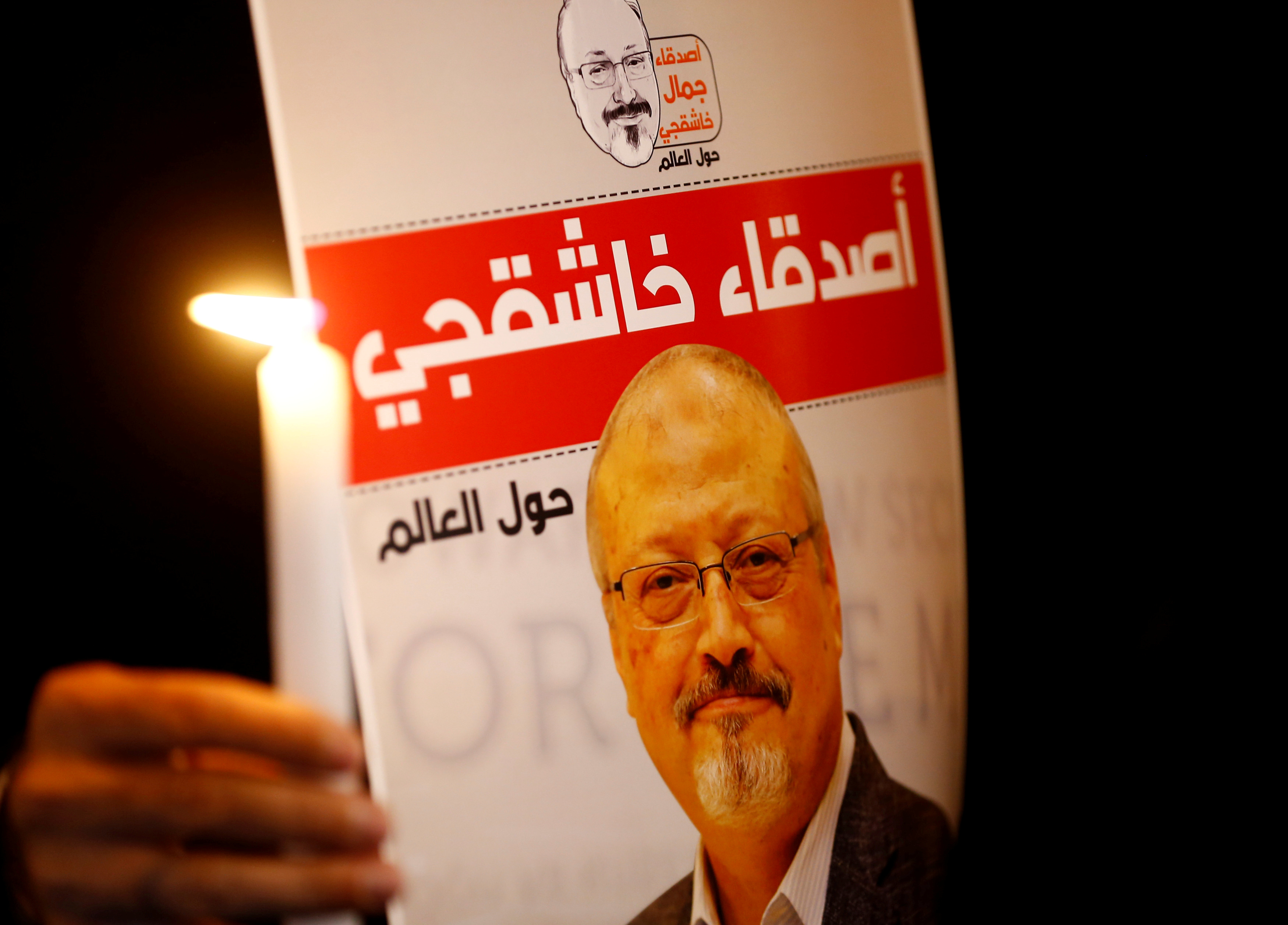 BERLIN (Reuters) – Germany banned Saudi citizens suspected of involvement in the killing of journalist Jamal Khashoggi from much of Europe on Monday and moved to halt all arms sales to the kingdom in a firming of its stance towards Riyadh.

The entry bans, targeting 18 Saudis suspected of playing a role in the killing of Khashoggi in Riyadh’s Istanbul consulate, bind all members of the European Union’s passport-free Schengen zone, suggesting that Germany is willing to use its influence as the EU’s largest country to push for a tougher line.

“We have coordinated closely with our French and British friends and decided, as Germany, to put an entry ban beside their names in the Schengen system database,” Foreign Ministry spokesman Christofer Burger told a regular news conference.

A spokesman later added that the government would further cut down on arms exports by pressuring arms manufacturers with valid export licenses to stop shipments that had already been authorized.

The moves represent a sharpening of the position of Germany, which last month imposed a ban on the issuing of future export weapons export licenses to Saudi Arabia until the circumstances of Khashoggi’s killing have been fully cleared up.

Any member of the 26-country Schengen area can unilaterally impose a binding entry ban on anyone it deems a security risk, although it unusual for a country to impose such a large number of bans at once in such a politically sensitive case.

Foreign Minister Heiko Maas told reporters in Brussels the decision was closely coordinated with France, which is part of the Schengen zone, and Britain, which is not. He said EU states expressed “great support” for the decision when he briefed them in Brussels on Monday.

“We also had a joint statement on the issue this weekend, which indicates we are not satisfied with the results of the investigation thus far … and that we retain the right to take further steps,” he said.

Burger said the members of the 15-strong squad accused of carrying out the killing of the critic of Saudi policy, and a further three who are suspected of organizing it, had been given entry bans. He declined to name the individuals.

Asked if Crown Prince Mohammed bin Salman, seen by U.S. intelligence as having ordered the killing, was among their number, Burger declined to comment.

Saudi prosecutors said last week that the crown prince, Saudi Arabia’s de facto ruler, knew nothing of the operation, in which Khashoggi’s body was dismembered, removed from the building and handed over to an unidentified “local cooperator”.

An Interior Ministry spokeswoman said the ban would apply even if any of those sanctioned held diplomatic passports, which normally offer immunity to members of the Saudi royal family and key diplomats.