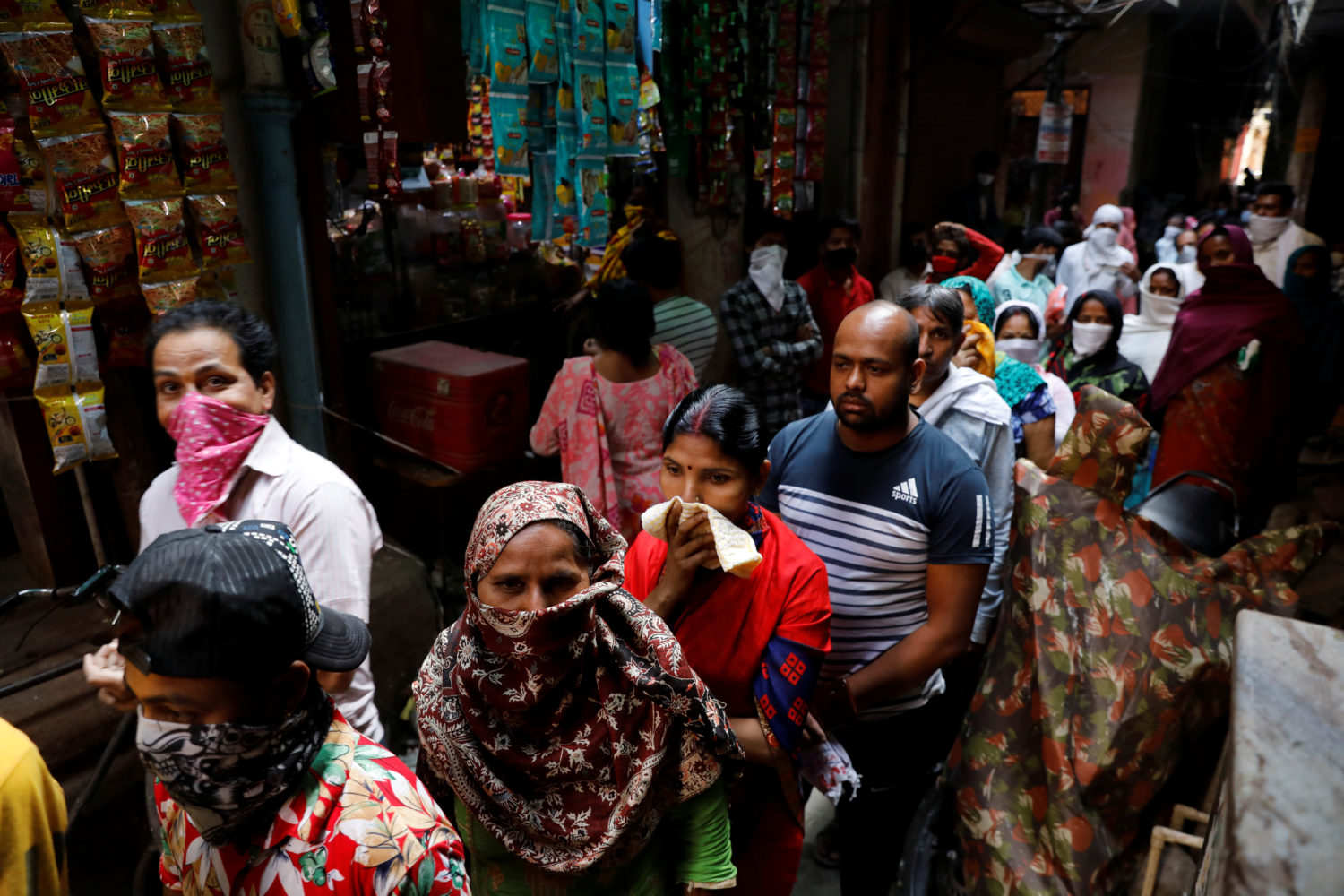 By Sanjeev Miglani and Sumit Khanna

NEW DELHI/AHMEDABAD, India (Reuters) – Police in western India fired tear gas to disperse a stone-pelting crowd of migrant workers defying a three-week lockdown against the coronavirus that has left hundreds of thousands of poor without jobs and hungry, authorities said on Monday.

Prime Minister Narendra Modi ordered the country’s 1.3 billion people to remain indoors until April 15, declaring such self-isolation was the only hope to stop the viral pandemic.

But the vast shutdown has triggered a humanitarian crisis with hundreds of thousands of poor migrant labourers employed in big cities such as Delhi and Mumbai seeking to head to their homes in the countryside on foot after losing their jobs.

Many have been walking for days, some with families including small children, on deserted highways with little access to food or water.

On Sunday, about 500 workers clashed with police in the western city of Surat demanding they be allowed to go home to other parts of India because they had no jobs left.

“The police tried to convince them that it is not possible since buses or trains are not available…However, the workers refused to budge, and started pelting stones at police,” Surat deputy commissioner of police Vidhi Chaudhari said.

She said the workers, most of them employed in the shuttered textile industry in Surat, were driven indoors by tear gas volleys and on Monday 93 of them were detained for violating lockdown orders.

India has registered 1,071 cases of the coronavirus, of whom 29 have died, the health ministry said on Monday. The number of known cases is small compared with the United States, Italy and China, but health officials say India is weeks away from a huge surge that could overwhelm its weak public health system.

A health official said the large scale movement of people into the countryside risked spreading the coronavirus widely, compounding the challenge of containing the outbreak in the world’s second most populous country.

“It’s an evolving situation with daily new challenges coming up, like having migratory populations moving from one place to another. Like non-affected states adjoining affected states,” said Dr S.K. Singh, director of the National Centre for Disease Control, which investigates and recommends control measures for outbreaks of illness. 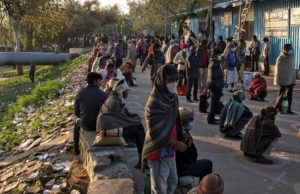 In the northern state of Uttar Pradesh, health workers dressed in protection suits sprayed disinfectant on a group of migrant workers who were also trying to make the journey home to their villages, local television showed. They were made to sit on a street corner in the Bareilly district and doused with hose pipes, prompting anger on social media.

Nitish Kumar, the top government official in the district, later said health workers had been ordered to disinfect buses being used by the local authorities but in their zeal they had also turned their hoses onto migrant workers.

“I have asked for action to be taken against those responsible for this,” he said in a tweet.

The federal government said on Monday that it had no plans to extend the shutdown beyond the three-week period.

But neighbouring Nepal announced it would prolong its shutdown for another week from Tuesday. The landlocked country has reported only five cases of the virus and no deaths, but it is concerned contagion will spread as more people travel. 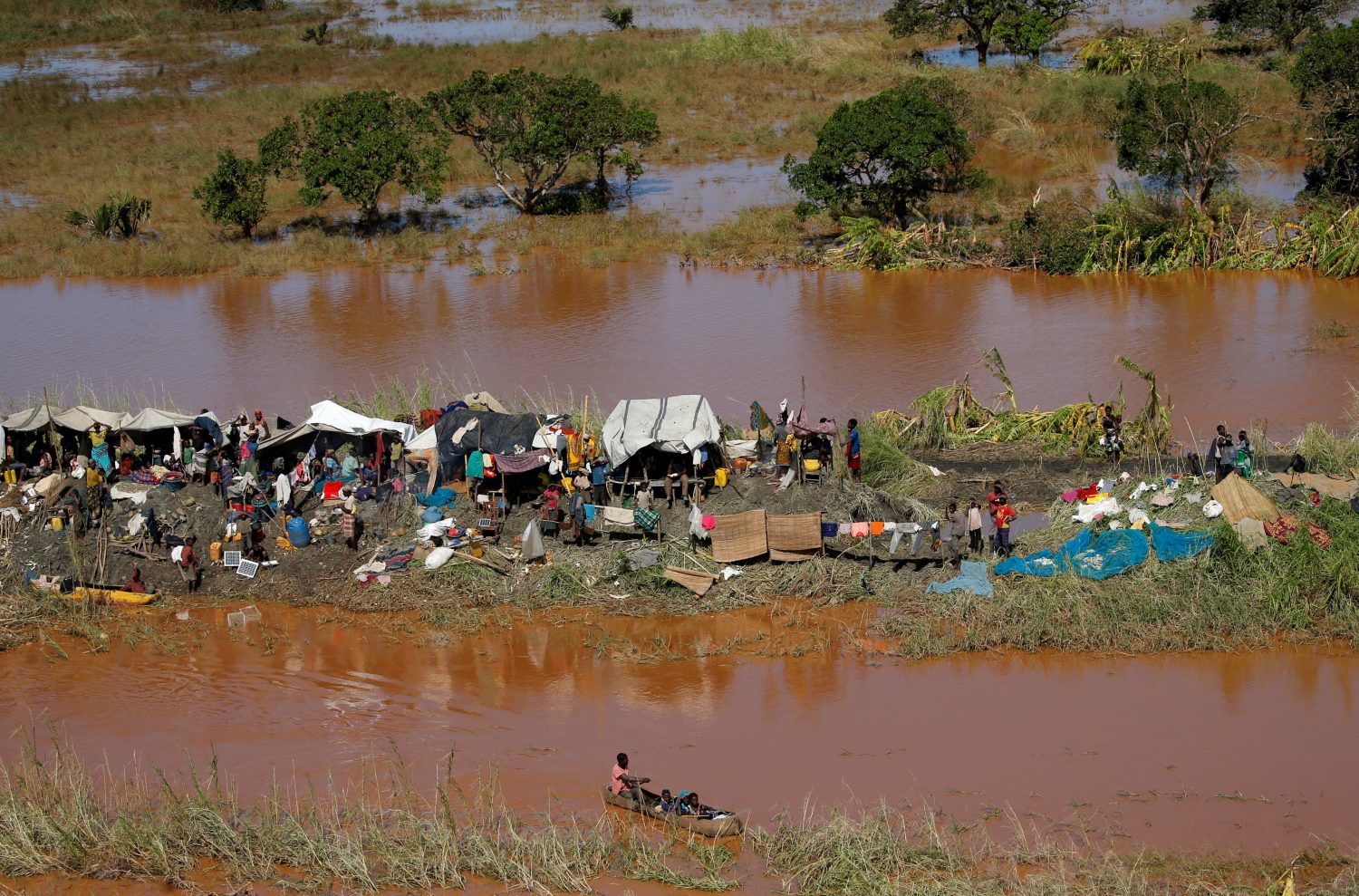 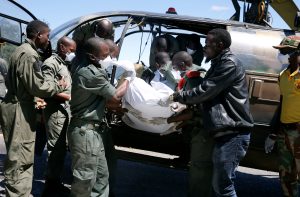 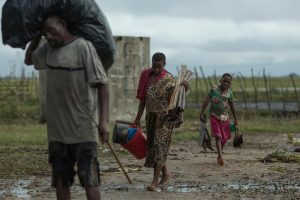