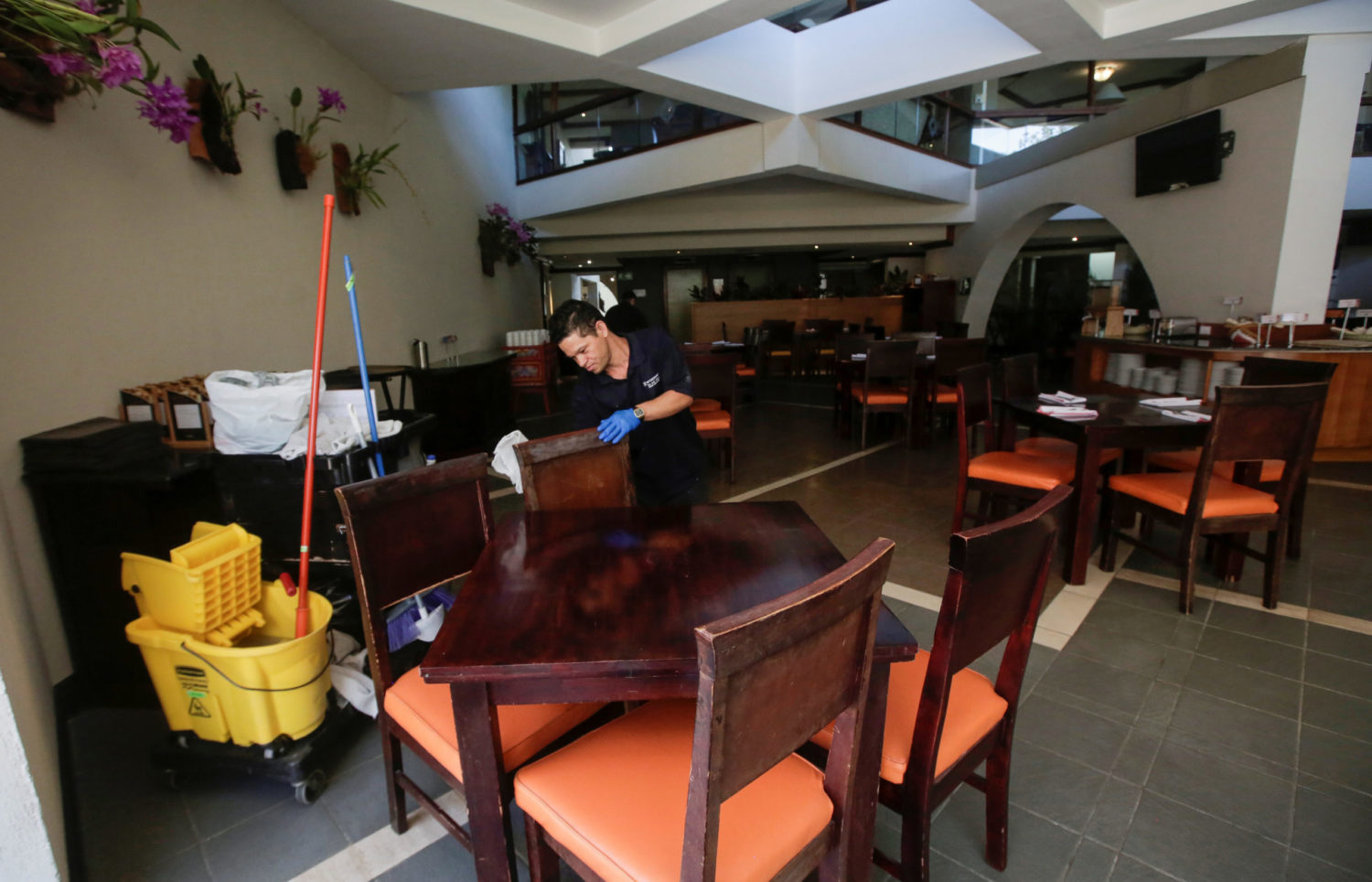 SAN JOSE (Reuters) -Costa Rica will for the next week close non-essential businesses, including restaurants and bars, across the center of the country due to a sharp increase in new cases of COVID-19 and hospitalizations, the government said on Thursday.

From May 3-9, restaurants, bars, department stores, beauty salons, gyms and churches must close in 45 municipalities in central Costa Rica, where almost half the population lives and over two-thirds of new cases have been registered.

“We are in an unprecedented situation, and many people are going to die,” Health Minister Daniel Salas said after announcing 2,781 new daily infections, a record number. “There are already waiting lists to enter intensive care.”

The government is also imposing some restrictions on car travel inside the country, excepting car rentals.

Costa Rica, which remains open to international tourism, has so far reported almost 249,000 cases of COVID-19 and some 3,200 fatalities.

Some 10.5% of the population had been vaccinated as of Thursday, most of them over the age of 58, official data show. 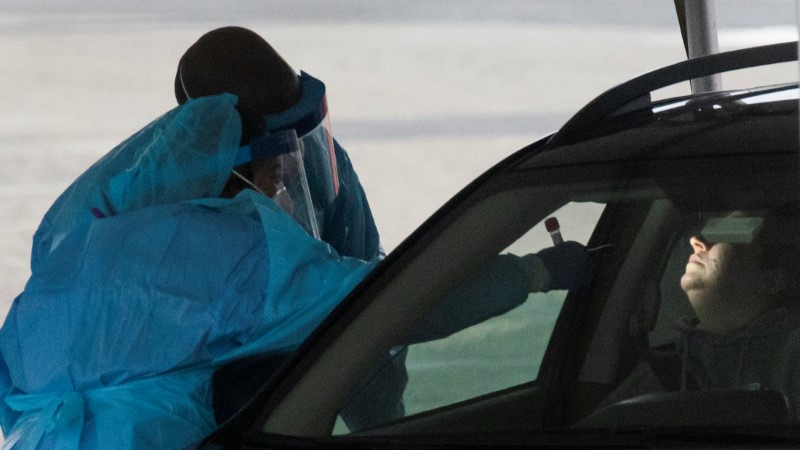 By Lisa Richwine and Gabriella Borter

LOS ANGELES/NEW YORK (Reuters) – New York and Illinois on Friday followed California in telling tens of millions of people to stay at home in the most sweeping measures the United States has taken so far to try to contain the coronavirus crisis.

The moves, which impact more than 70 million people or about a fifth of the U.S. population, close all but essential businesses and require people to stay inside except for trips to grocery stores, pharmacies, gas stations and other “essential businesses.”

New Jersey Governor Phil Murphy said he planned to give similar orders shutting down all but essential businesses within the next 24 hours.

“To avoid the loss of tens of thousands of lives we must order an immediate shelter-in-place,” Illinois Governor J.B. Pritzker said on Friday, using a term that has commonly referred to mass shootings. Illinois includes Chicago.

The four states where governors have banned or will soon ban non-essential businesses and ask residents to stay home account for about 30% of the U.S. economy, the world’s biggest.

In New York City’s Central Park, several bikers and joggers were on the pathways, mostly alone but a few in pairs.

“It’s real and it’s scary, I hate it,” said physical therapist Kerry Cashin, 49, of the stay-at-home order. “I feel like I always knew it was going to go this way, but it made me scared.”

Just two dozen people milled outside Hollywood’s Dolby Theatre in Los Angeles, the home of the Oscars, an area normally teeming with hundreds of tourists.

Zane Alexander, 27, said he was on his way to pick up his last paycheck “until lord knows when.” He had been working on a medical marijuana dispensary’s street team, a job that normally had him outside, but that team was disbanded until further notice.

“It’s totally understandable,” Alexander said, but added “I sure wish it weren’t the case.”

Retiree Jerry Rasmussen, 73, sat on a sunny public bench reading the San Francisco Chronicle in the city’s central neighborhood of Cole Valley, with hand sanitizer, gloves and a mask beside him.

“I figure being outdoors like this is pretty safe, as long as I’m not too close to anyone,” he said.

Cuomo, in making his stay-at-home announcement, pleaded for more medical personnel and supplies such as ventilators and protective masks to treat coronavirus cases that could overwhelm the hospitals in his state of nearly 20 million.

“The ventilators are to this war what missiles were to World War Two,” Cuomo said. He said the state would “pay a premium” to companies that could provide more personal protective equipment, gloves and masks. He asked companies that might be capable of making these products to “get creative.”

“Remain indoors, go outside for solitary exercise,” he said.

The pandemic that has swept the globe has also shattered lifestyles across much of the United States in the past week, shuttering schools and businesses, prompting millions to work from home, forcing many out of jobs and curtailing travel.

The health orders imposed on Thursday by California authorities on the state’s 40 million people allow for outside exercise as long as people stay six feet apart.

“We need to take it really seriously and prevent spread of the disease,” said venture capitalist Meredith Finn, 37, while walking her dog Brady in the affluent West Los Angeles neighborhood of Brentwood. “It’s definitely the right move.”

More than 1,000 cases have been confirmed in California, where 19 people have died. New York officials said the state has 7,102 confirmed cases and of those, 4,408 are in New York City, the most populous U.S. city with about 8.5 million people. Thirty-eight have died in the state.

Washington state, where the first U.S. coronavirus cluster emerged, has since March 16 closed bars, restaurants and recreation and entertainment facilities, and has banned all gatherings of more than 50 people.

More than 220 people have died in the United States and over 14,100 cases had been confirmed by Friday afternoon, the surge in cases reflecting an increase in testing. Health experts believe the actual number of COVID-19 cases to be far higher.

In Washington, D.C., President Donald Trump and other officials told reporters the United States was working with Mexico to suspend non-essential travel at the border. The border with Canada already is closed to non-essential traffic.

With businesses closing and daily life grinding to a near halt, and the U.S. unemployment benefits program about to face its biggest test in more than a decade, the Trump administration announced more moves to give relief to workers and students. Tax filing day was moved to July 15 from April 15, while interest and payments on federal student loans were suspended for at least the next 60 days.