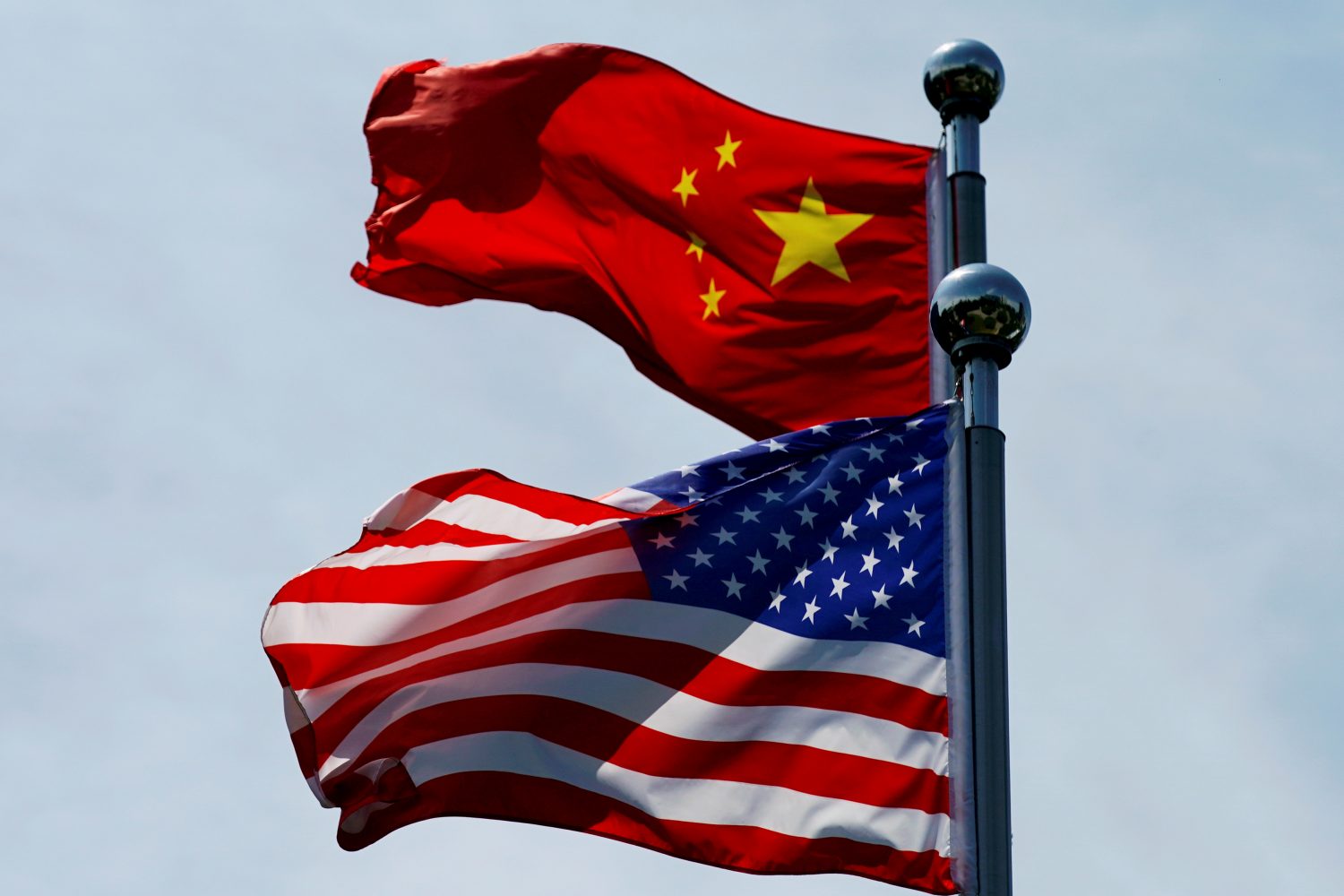 BEIJING (Reuters) – China and the United States on Thursday agreed to hold high-level trade talks in early October in Washington, amid fears that an escalating trade war could trigger a global economic recession.

The talks were agreed to in a phone call between Chinese Vice Premier Liu He and U.S. Trade Representative Robert Lighthizer and U.S. Treasury Secretary Steven Mnuchin, China’s commerce ministry said in a statement on its website. China’s central bank governor Yi Gang was also on the call.

“Both sides agreed that they should work together and take practical actions to create good conditions for consultations,” the ministry said.

Trade teams from the two countries will hold talks in mid-September before the high-level talks next month, the ministry said.

A spokesman for the U.S. Trade Representative’s office confirmed that Lighthizer and Mnuchin spoke with Liu and said they agreed to hold ministerial-level trade talks in Washington “in the coming weeks”.

News of the early October talks lifted most Asian share markets on Thursday, raising hopes these can de-escalate the U.S.-China trade war before it inflicts further damage on the global economy.

On Sunday, Washington began imposing 15% tariffs on an array of Chinese imports, while China began placing duties on U.S. crude oil. China said on Monday it had lodged a complaint against the United States at the World Trade Organization.

The United States plans to increase the tariff rate to 30% from the 25% duty already in place on $250 billion worth of Chinese imports from Oct. 1.

U.S. President Donald Trump had warned on Tuesday he would be tougher on Beijing in a second term if trade talks dragged on, compounding market fears that disputes between the United States and China could trigger a U.S. recession.

Chinese leaders will have a packed schedule next month, gearing up for National Day celebrations scheduled for Oct. 1.

They will also hold a key meeting in October to discuss improving governance and “perfecting” the country’s socialist system, state media has said. 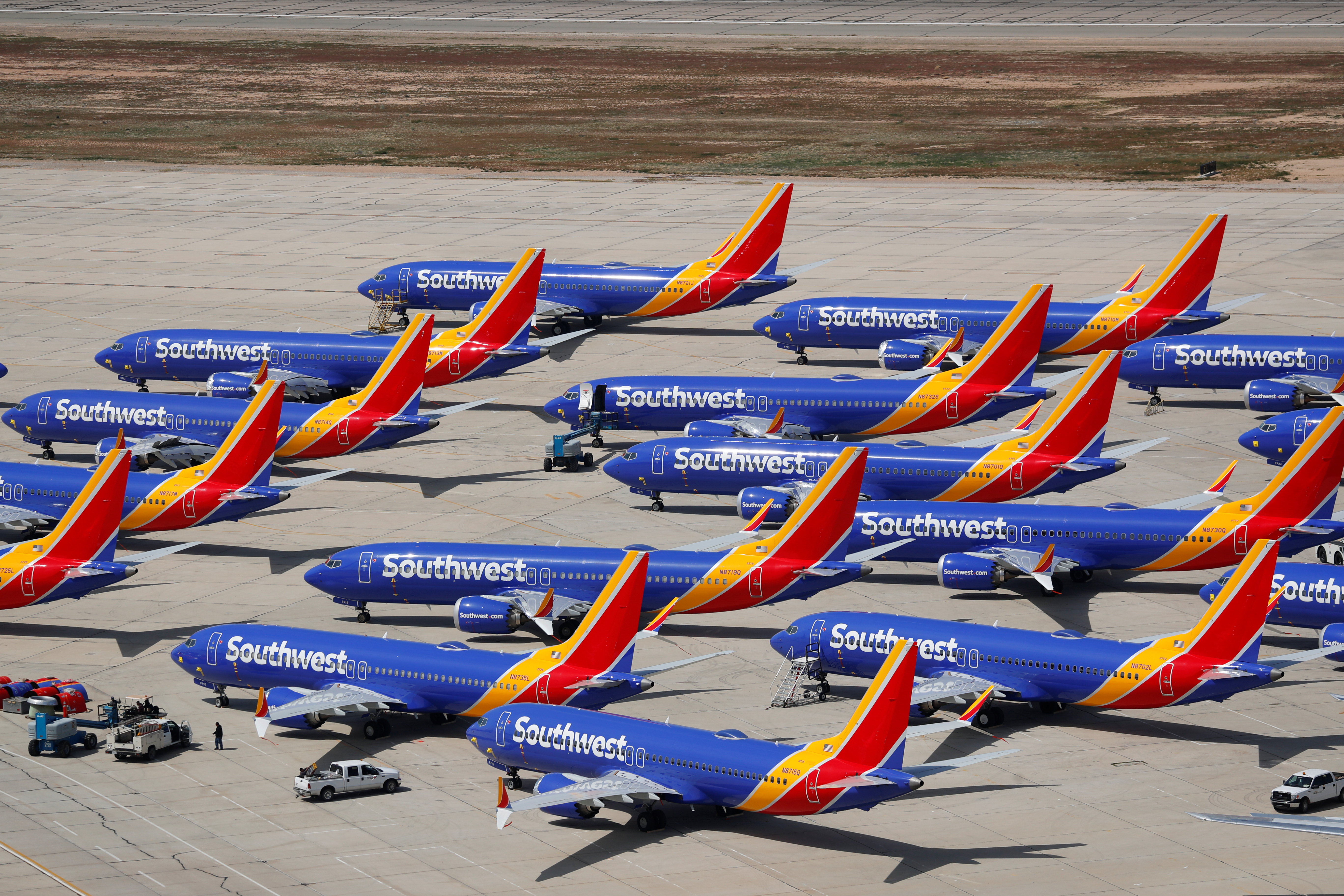 (Reuters) – Southwest Airlines Co on Thursday said it was extending the cancellation of Boeing’s 737 MAX planes from its flying schedule until Oct. 1, a day after the Federal Aviation Administration warned it had uncovered a new issue that must be resolved before the plane can be ungrounded.

The airline had previously planned to keep the jet off its flying schedule through Sept. 2. Boeing Co’s MAX fleet has been grounded since March, following a second fatal crash in five months.

Southwest, the world’s largest MAX operator with 34 jets, said the delay will result in removing about 150 flights out of its total peak daily schedule of 4,000.

The FAA on Wednesday said it had identified a new potential risk that Boeing must address on the planes.

Reuters reported on Wednesday that Boeing will not conduct a certification test flight until July 8, under a best-case scenario. The test is a necessary step before Boeing can submit a formal request for approval of a software upgrade for the planes.

Southwest said it “made this decision before any developments of the past few days.”

Once the FAA approves the MAX for flight, Southwest has said it would take about 30 days to get the jets up and running again.

American Airlines said on Thursday it did not “have any schedule announcement to make at this time.” United Airlines on Wednesday said it was extending cancellations into September.

(Reporting by David Shepardson in Washington and Ankit Ajmera in Bengaluru; Editing by Saumyadeb Chakrabarty and Bill Berkrot)

On Sunday October 11th the normally cool autumn took to late season heat and went to the extreme with record setting temperatures. What makes this so unusual is that this heat was in  parts of Colorado, Nebraska and the Dakotas. For much of the region, temperatures were higher than any on record for so late in the year.  These places are typically now being lulled into winter by a good chill in the air and fall breezes.

Fargo, North Dakota was one of the places where Sunday was hotter than any other day in 2015, surpassing the city’s high of 96 from Aug. 14. The mercury hit an astonishing 97, establishing several records:Even more impressively, it appears to be hottest temperature ever recorded in the entire state of North Dakota on or after Oct. 11, beating a 95-degree reading taken in Buford on Oct. 11, 1911.

Unusual late-season heat gripped most of the area east of the Rockies in Colorado Sunday. The cooperative observer at Burlington, near the Kansas border, reported a high of 99 degrees, which  was hotter than any other location in Colorado.

But it wasn’t just the North being hit by the unbelievable heat, From Friday to Sunday, downtown Los Angeles hit 100 degrees.  The oppressive 100-degree stretch was the longest  in 25 years and matched the longest ever recorded in October.

The year 1989 was when Los Angeles’ last experienced four straight days at or above 100. Its longest 100-degree stretch on record occurred in 1955 when the mercury topped the century mark for 8 straight days August 31 to September 7.

The heat stressed electricity generators and at least 6,000 customers were without power Friday and Saturday.

A popular dating site for Christians doesn’t seem like it would be the best thing for a full-length feature film but actor/director Corbin Bernsen doesn’t agree.  He is making Christian Mingle the centerpiece of a film about faith, love and life.

The movie is about a woman in her 30s who has a great career and all the material perks of life but is unlucky in love.  Desperate to find a man, she signs up for Christian Mingle despite the fact she is not a Christian.

Along the way she finds love with a man…and realizes that she needs the true love that only comes from a relationship with Christ.

Bernsen said that despite the tie-in with the website, the movie is not a full-length commercial for Christian Mingle.

“They have been incredible partners and friends in allowing us to use their name and play an integral role in the film, but one of the first rumors I want you to help me dispel is that this is a commercial for them,” he wrote on his Facebook page.

Bernsen has been focusing in recent years in directing and producing movies with a Christian message.