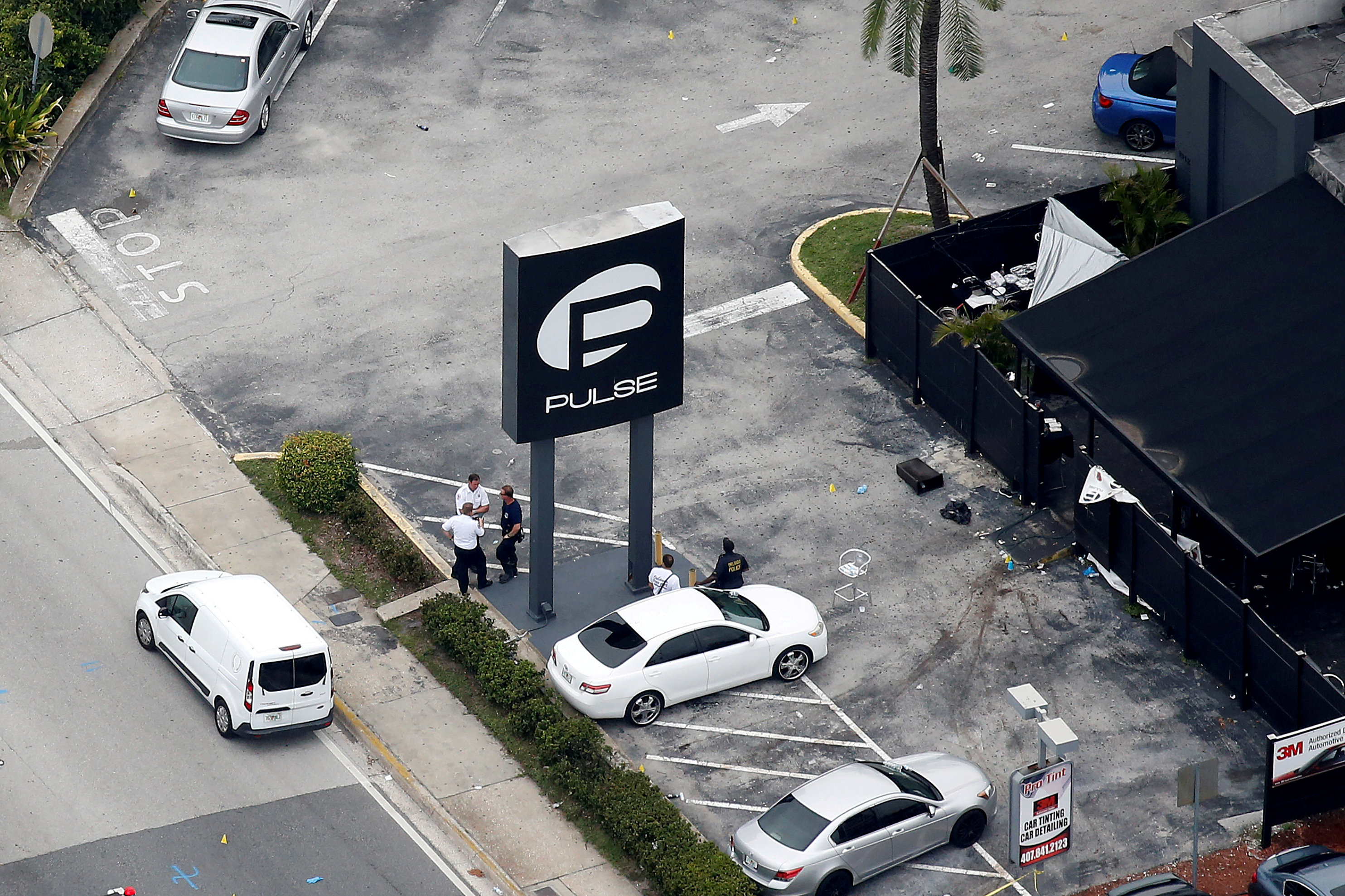 ORLANDO, Fla. (Reuters) – A judge on Monday denied a defense motion to dismiss charges against the widow of the gunman in the 2016 massacre at Orlando’s Pulse nightclub, saying that the gunman’s father’s work an FBI informant was not relevant to the case.

Over the weekend, prosecutors disclosed that Omar Mateen’s father, Seddique, had worked with the Federal Bureau of Investigation before his son carried out the massacre of 49 people at the Pulse nightclub in June 2016.

In opening their case, lawyers for Mateen’s widow, Noor Salman, argued that the judge should dismiss the charges against her or declare a mistrial because prosecutors had failed to reveal the FBI’s relationship to Mateen’s father and other evidence related to him beforehand.

Salman, 31, is accused of helping her husband carry out surveillance of possible attack sites and doing nothing to stop him. Mateen, a U.S. citizen of Afghan descent who claimed allegiance to a member of the Islamic State militant group, was killed by police after more than three hours in the Pulse nightclub.

An FBI agent on Monday testified that years before Mateen carried out the attack, the agency considered using him as an informant, like his father.

Those discussions took place while the FBI was investigating comments made by the younger Mateen about overseas links to militants, Special Agent Juvenal Martin said in federal court in Orlando. That investigation closed without charges, he said.

Martin did not say why the FBI decided against enlisting Omar Mateen as an informant.

Salman’s attorneys say that the disclosure by prosecutors that Seddique Mateen had been an informant from January 2005 to June 2016 violated a Supreme Court ruling barring prosecutors from withholding evidence.

After resting their case, prosecutors said agents probing the nightclub rampage found receipts of money transfers made from the United States to Turkey and Afghanistan made by the elder Mateen. An active investigation was under way, they said.

If the defense had known about the transfers, it would have investigated whether Seddique Mateen was involved in the attack or had prior knowledge of it, Fritz Scheller, a lawyer for Salman, said in the motion to dismiss.

But U.S. District Judge Paul Byron said, “It is not clear whether the purpose of the transfers was illegal.”

He said the omission of any evidence related to Seddique Mateen had no bearing on the culpability of Salman.

Salman faces possible life in prison if convicted on charges of aiding her husband in the attack and obstructing an investigation.